As we continue our celebration of the anticipated release of Terminator: Dark Fate, which sees producer James Cameron and Linda Hamilton return to the series alongside Arnold Schwarzenegger, we sat down with the newest recruit, Natalia Reyes.

The new ‘saviour of humanity’, Reyes chatted to us about her character, Dani, working with such a talented group of filmmakers, the formidable female trio at the centre of the film, and why having so many strong female characters in big blockbuster films is important.

Zavvi: Congratulations on the film. To be cast in something as big as Terminator must have meant so much to you. How did you first get involved in the project, and did you know beforehand exactly what you were auditioning for?

Natalia: It was a really long process for sure! I think they were looking for this character for a very long time in New York and LA but they couldn’t find anyone, so they decided to open auditions to Europe, Latin America and Mexico, and it found its way to me. It’s a big Hollywood movie, but they didn’t really reveal anything to me so I didn’t know what it was, and I certainly never expected to get it. 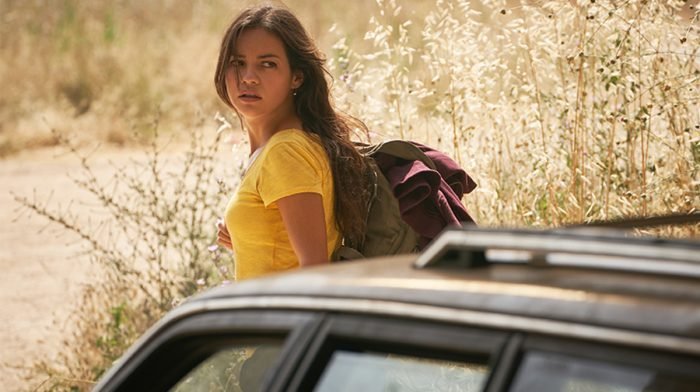 Zavvi: Was it a long process in going from the first meeting, to getting confirmed for the role of Dani?

Natalia: I couldn’t get to LA for auditions because of another film, so I met with Tim (Miller) over Skype and didn’t know of Deadpool at all as I hadn’t seen it, and I don’t really like action movies. It was the weirdest casting call I’ve ever done! Then I did get to LA and auditioned with Linda (Hamilton), which was surreal, and later with Mackenzie in Ireland. I still didn’t know whether it was a remake or a continuation of the saga, or a series or something. 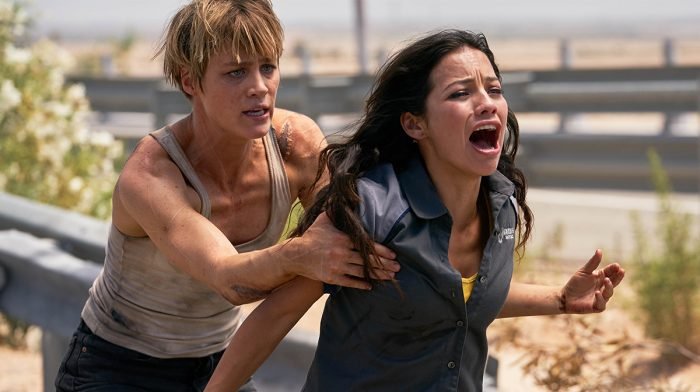 Zavvi: With James Cameron back and Tim Miller directing, this really feels like the ‘proper’ third film, not just in terms of the action, but also with the characters. It must have been great when you read the script and saw that Dani was such a grounded, real character, amongst all of the mayhem?

Natalia: I think that’s one of the things I really like about the film and the series. It’s great how that this is an action movie and you’ll see tonnes of explosions and visual effects because James and Tim are experts at making everything look amazing, but I think the most important thing here, and in the series, is that you actually care about the characters. With Dani, family is key and she’s very grounded, a hard worker and has a big heart. 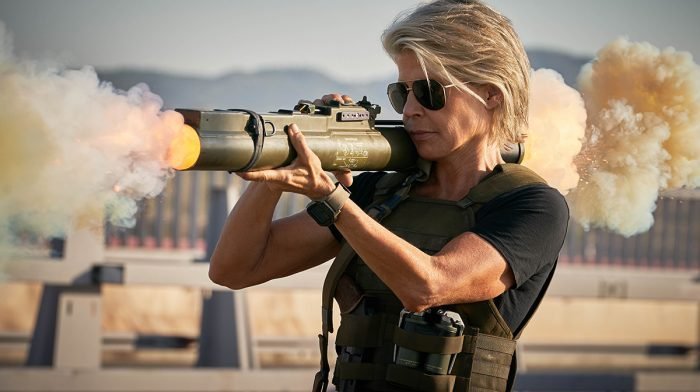 Zavvi: The relationship between Dani, Grace (Mackenzie Davis) and Sarah (Linda Hamilton) is one of the strongest elements in the film, and you all share great chemistry together that feels really genuine and organic. Tell us a little bit about the relationships and working with them?

Natalia: Yeah, again that was so important and after six months together, it comes naturally. When we were all together – me, Linda and Mackenzie – we had our own family that works, and Tim helped create that, so we were lucky with that on and off-screen. There was no ego, either, it was just like a real friendship and family, and so much fun. 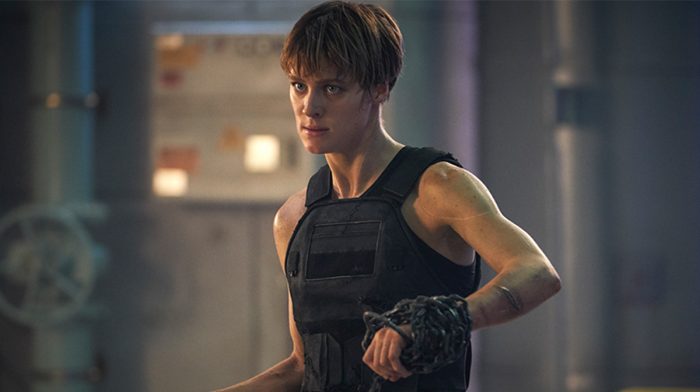 Zavvi: The three of you – together and apart – are really the catalyst for much of the film. How important do you think it is that we are seeing stronger, and more realistic female characters on-screen in these big blockbuster films, and that it continues into the future?

Natalia: Yeah, I think it’s hugely important, for the franchise and for films in general. It’s always been a part of the franchise thanks to James, he’s always been like a visionary in that aspect with writing female characters. You know, Sarah Connor was one of the first icons like that – she was this single mother who was independent, strong and beautiful and was the one of the first heroes for many. I think it’s always been part of the franchise and now you have it three times – three women who are very different but equally strong. Women are now not limited to the kind of roles some think we should perform. We just want to be able to tell great stories without being limited to anything. 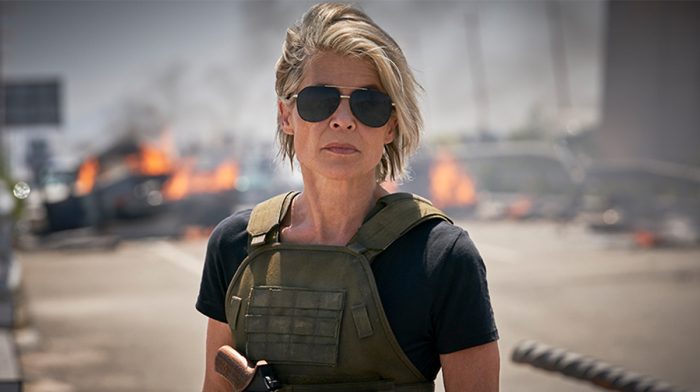 Zavvi: Many Terminator fans are quite pessimistic about this latest effort to bring the series back on track, given how the last three films were received. What would you say to them to convince them Dark Fate is finally the sequel they have been waiting almost two decades for?

Natalia: Well, as Jim has said before, the movies in the middle were a bit of a nightmare and not part of his vision, and also Linda wasn’t part of them, so this is the proper continuation – the third one. And I think this movie has all the right elements that fans of Terminator want, and have waited for. But also Tim has such a cool, fresh vision that’s updated it all in an amazing way. It’s the perfect mix and I think the hardcore fans will love it, but also new ones will too. They will go in for the action movie, but have a great story and characters. It’s the best of both worlds.

Zavvi: And finally, without giving away too much, would you be open to returning to the character should the opportunity present itself down the road?

Natalia: That’s not up to me! I loved the experience – the team, the actors, the director. So of course I’d love to go back. There’s more stories to tell yet.

Terminator: Dark Fate will be released in UK cinemas on 23rd October.