Released this Friday in cinemas and on digital, the elegant and affecting film Monsoon is writer/director Hong Khaou’s follow up to the critically acclaimed Lilting.

Drawing from Khaou’s own experiences, the film follows a young man called Kit, gracefully played by Henry Golding, who returns to his birth country of Vietnam to lay his parents to rest.

Having grown up in the UK he is a stranger in a place he barely remembers, feeling torn between two identities, struggling to find connection.

We spoke to Khaou about the movie, the casting of Golding, the theme of identity, and why this is a crucial story to tell in the current climate.

Zavvi: How did this project start? I understand it is quite personal to you?

So I wanted to do something which was my take on it. Eventually I settled on this. It’s not autobiographical, but a lot of what happens in it is stuff I have grappled with, for example this tug and pull between cultural and national identity. 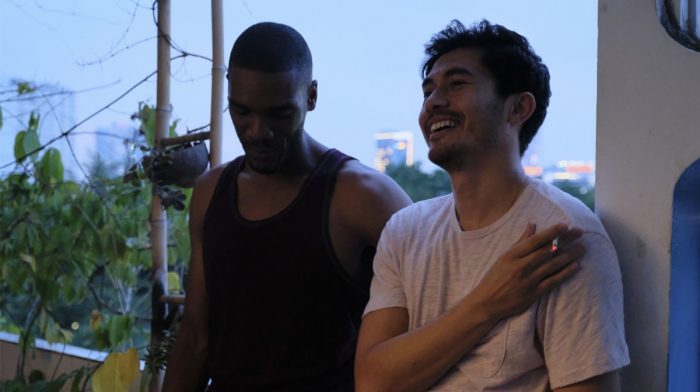 Zavvi: So you are from Cambodia, but you did spend much of your childhood in Vietnam. Was there ever the temptation to make Kit Cambodian?

Hong: Yeah, in the early drafts I did think why don’t I just make Kit Cambodian, but there were lots of different reasons I didn’t. When I wrote it I thought it was a good way to hide behind somebody. I took things personal to me but embellished it, or dramatised it, as a way of hiding.

Also when I did try to write him as Cambodian, the history of Cambodia is dominated by the Pol Pot situation, and I felt it became a complex thing to write and I wasn’t sure if people were familiar with that history. I thought the Vietnam War is a more well known historical moment. 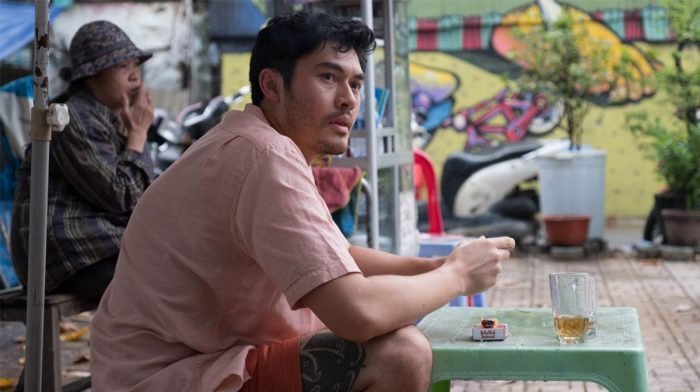 Zavvi: The politics does come into the movie, especially with the character of Lewis, the American.

Hong: I wanted to write characters born after the war, but nevertheless products of it. Their parents’ past collides forward to affect their relationship, so I wanted them as they got to know each other, these difficult things would keep interrupting it.

Lewis originally was a white American, but it felt too familiar as we had seen so much of it. Nevertheless I wanted his parents to be victims in that situation, and by making him African-American, it stops it being polemic. 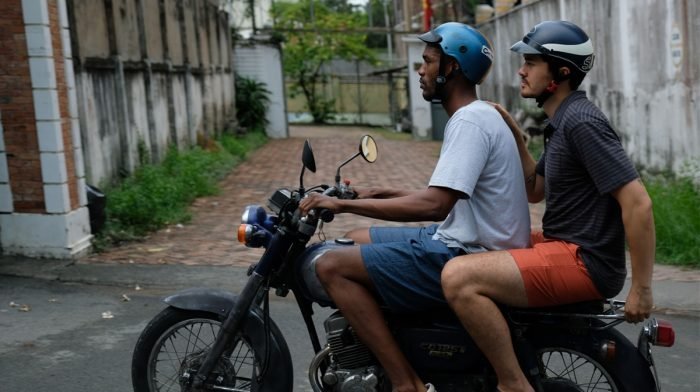 Zavvi: The film is about an internal search, and we spend all these frames with Kit. Henry Golding is fantastic in the role. Why did you cast him?

Hong: It needed a natural actor to give us access to this nuanced and internal story, and sustain that for us as it’s not heavy on plot. We searched far and wide but then one day we had a taping that came in from Henry, and we didn’t really know who he was.

One of my concerns was that he hadn’t come from an acting background, but his team said he had done two upcoming feature films – Crazy Rich Asians and A Simple Favour.

We really tested Henry and I eventually went over to LA and worked on a couple of scenes. When he was able to access this emotion it felt honest to me, which was really important. 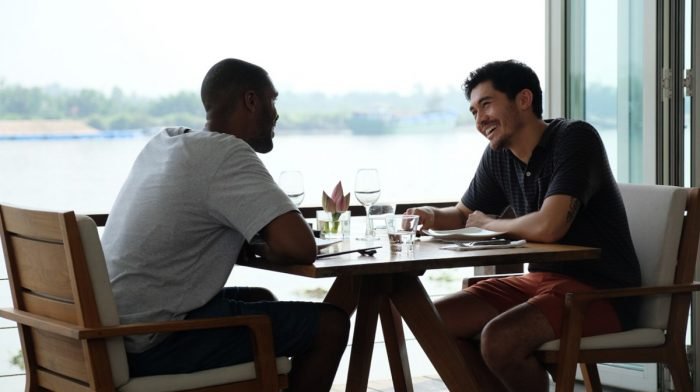 Zavvi: As you said earlier, he is torn between worlds. He is a stranger in Vietnam, but he feels he doesn’t fully belong in Britain either. It is the consequences of his parents’ actions, they left to free him but now he has a torn identity. It is incredibly complex.

Hong: It was hard to bring out, and difficult things to dramatise as it doesn’t follow traditional ideas of storytelling.

We have to dig into our past to move forward, and for someone like Kit who doesn’t speak the language, have much memory of the country, there comes a time where you have to draw that line. Which is what he does in the end. 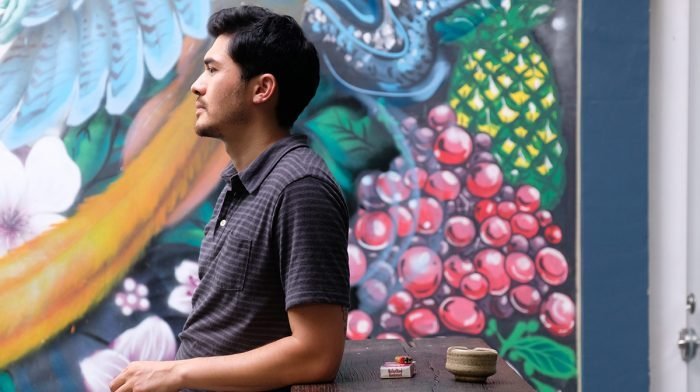 Zavvi: And when it comes to the visuals, it feels very intimate but also at the same time distant, often there is like a window or something in between us and Kit. Almost reflective of the way he feels connected to but distant from Vietnem.

Hong: That was the idea. I wanted this observational quality but not always from afar, like we are a couple of steps behind him. So when he feels these personal moments, we would feel it too.

Also from the start we gave ourselves a language which creates distance between him and Vietnam, so we shot with reflection to give that gentle separation. And as the film progresses we slowly remove that motif as he acclimatises to Vietnam. 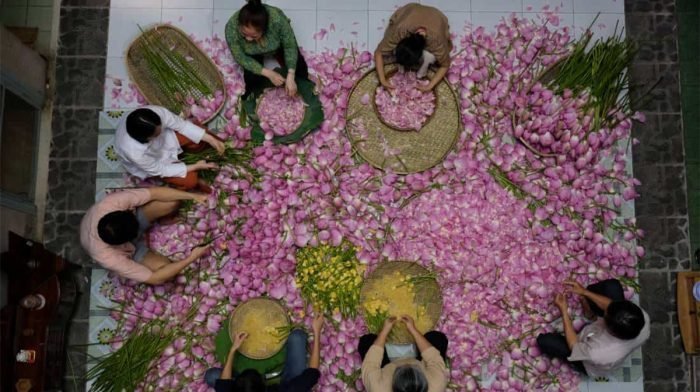 Zavvi: And what was it like filming in Vietnam?

Hong: It was both amazing and difficult. Your senses are bombarded, it’s chaotic, and put our actors in these scenes. It made it look more expensive than it actually is.

Vietnam is a communist country, so there was a lot of bureaucracy as well, we were seen as a foreign production, it was tough. Lots of pleading with the Ministry of Culture. It is an incredible country though, and it really gave people a lift that they were shooting there.

Also, although the film is called Monsoon, we went over there early to avoid that season but then it came early, so there were days we were just sitting there waiting for the rain to stop. 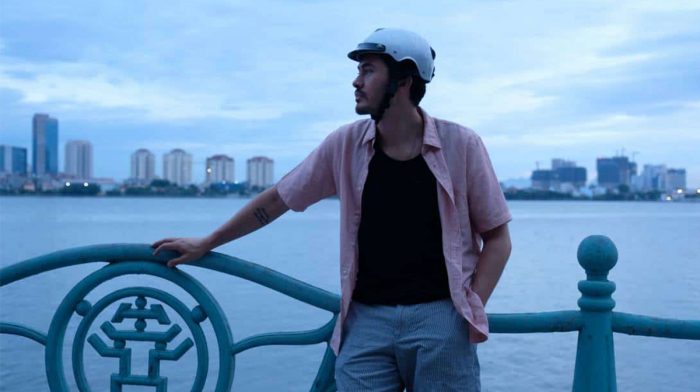 Zavvi: Talking of the title, how do you feel it reflects the movie?

Hong: Monsoon conjures that place really quickly, the heat, the area, but also I knew it wasn’t going to be set in that season.

It’s a metaphor for the things Kit is going through, it comes from out of nowhere and it’s intense, then it dissipates very quickly. That describes the feelings Kit goes through, and also reflects his relationship with Lewis. 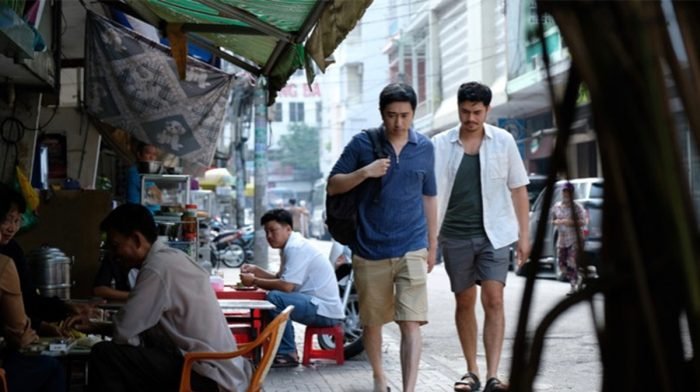 Zavvi: In Britain immigration is always a topic of conversation, particularly recently with Brexit. How do you feel your film feeds into that discussion?

Hong: When I was writing it, it was during the Brexit referendum, and it’s horrible. Immigrants and refugees are demonised, they are talked about in a way that’s dehumanising, you never really hear about their stories and understand their backstories, they become an easy political scapegoat.

The best thing I can hope for to come from this movie is a discussion, one that doesn’t fall to one extreme or the other. I wanted to put personal experience into that, and this is my way of doing it.

Monsoon is released in cinemas and digital from 25th September.