Hit animated film The Boss Baby is back with a sequel and this time they mean business, family business.

Releasing in UK cinemas this week, The Boss Baby: Family Business reunites us with the Templeton brothers as they are recruited by new Boss Baby Tina to help stop a villainous plot.

The all-star cast is back including Alec Baldwin, Jimmy Kimmel and Lisa Kudrow, but this time they are joined by several newbies to the franchise including James Marsden (X-Men, Westworld).

Marsden joins the cast as the voice of the now adult Tim, the father at the centre of the story.

We chatted to the actor over Zoom to talk all things joining The Boss Baby world – and he also teased us with what to expect from upcoming sequels Disenchanted and Sonic The Hedgehog 2 in which he will also star. 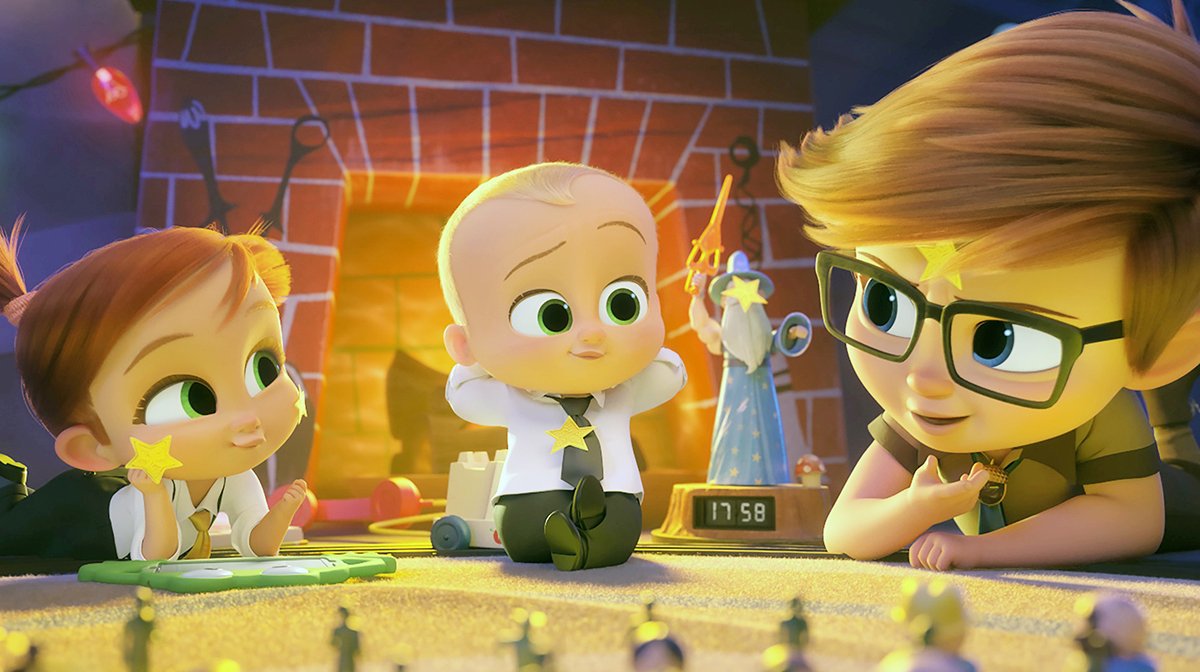 Zavvi: Congratulations on the film! Why did you want to be a part of this movie?

James: I have three kids and when the first movie came out we were big fans of it – for a couple of months it was the only movie we were watching. So it was a unique experience for me to step into a sequel to a film I was initially just a fan of.

Also, there’s a lot more voiceover work nowadays. We are slowly being replaced as actors that are filmed with a camera, so I thought I better jump on board!

And it’s fun! There’s a good feeling that comes with being a part of a movie I can watch with my kids, and hopefully we bring some comedy that appeals to adults too. 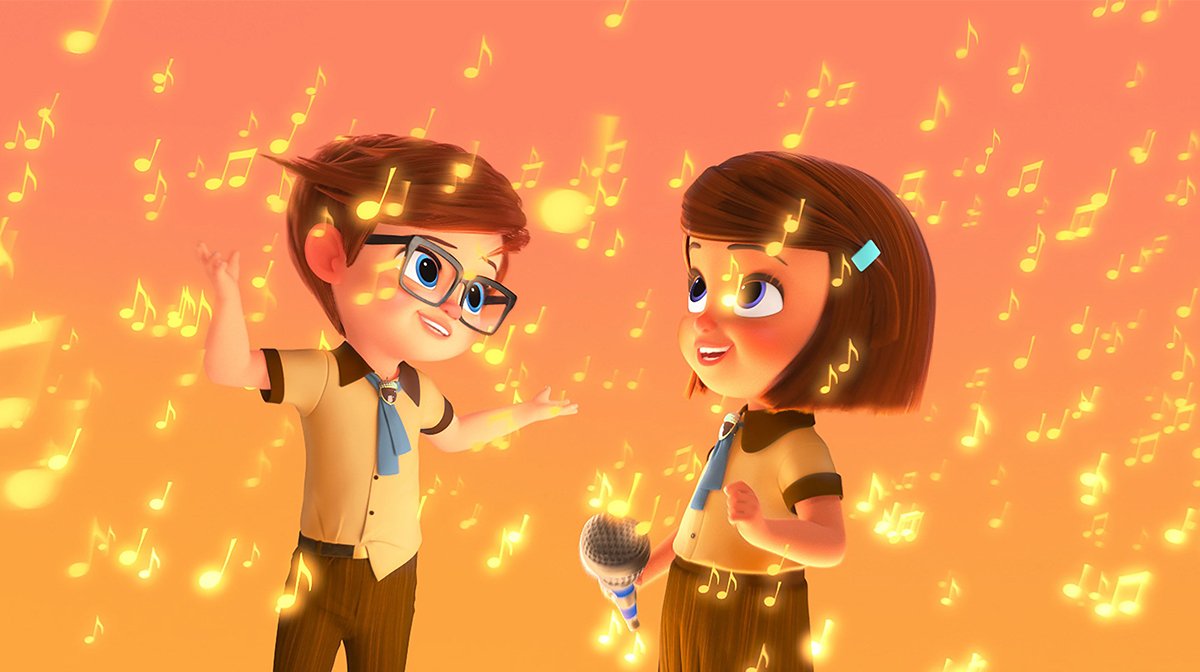 Zavvi: Since your kids were fans of the first film, did you tell them you were going to be in the sequel?

Zavvi: And have your kids seen it?

James: Yeah, I took them all to the premiere and they loved it. 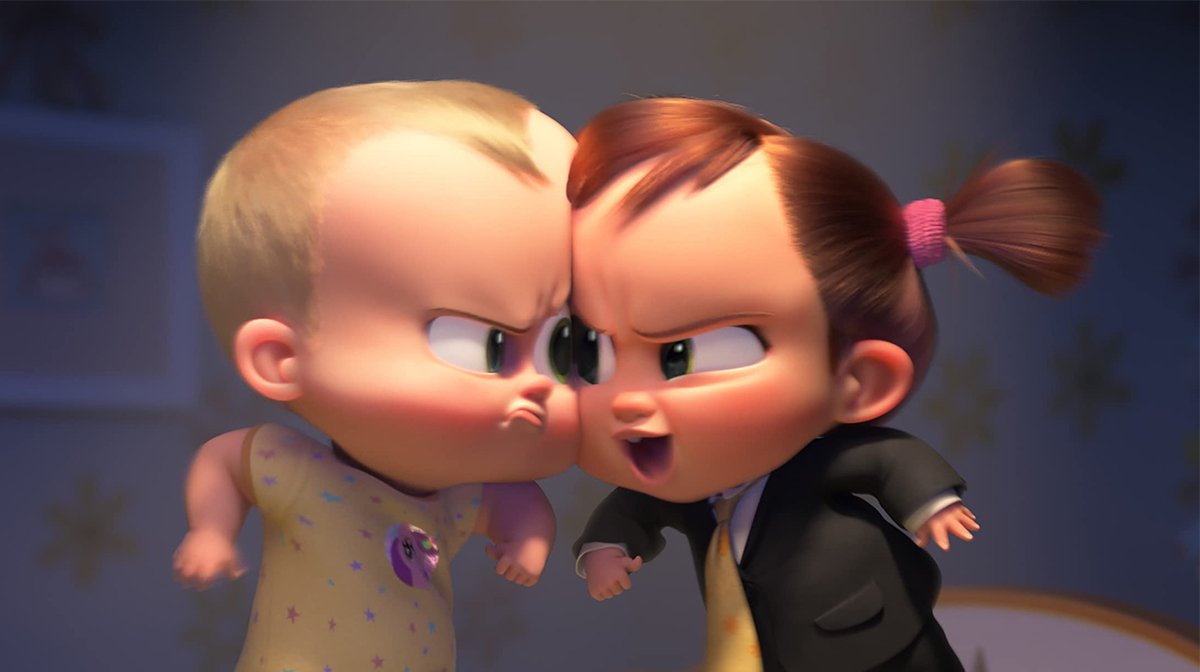 Zavvi: As a dad yourself, did you feel you related to your character Tim?

James: For sure! In the film Tim is struggling with the idea that his sweet baby girl is growing up and isn’t into playtime any more. I’ve experienced that three times already with my kids, and it’s the natural course of events.

And actually, when we started this my daughter was in that transitional period going from little girl to teenager. The door was always shut, she was always on her phone, no playtime with dad.

You expect it but it’s always bittersweet. You don’t want to keep them in this perpetual childhood, you want to prepare them for life and for them to spread their wings. But there’s also sadness that my baby is growing up now. 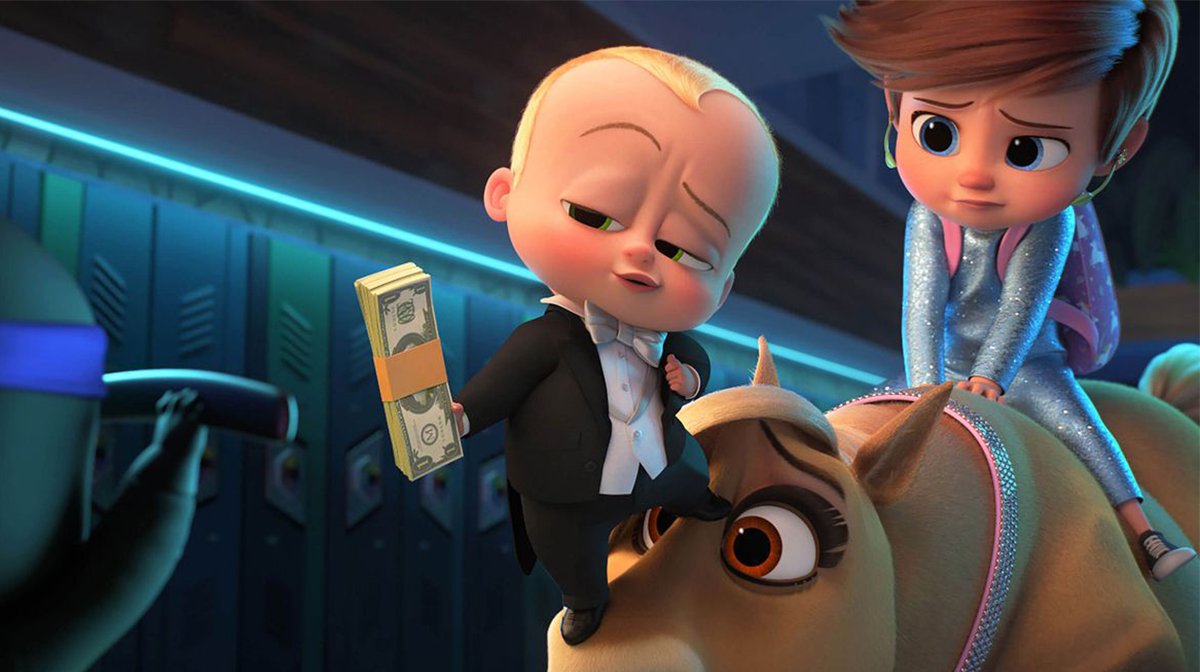 Zavvi: This movie has such sweet messages too about childhood and family, and it feels important that we have stories like it.

James: I don’t want to be cynical, but there’s a lot of nihilism and negativity out there. Sometimes it’s nice to remind ourselves of a human need to laugh, connect and escape.

You step into a movie like this and there’s heart to it, which reminds us how much we need that. And it’s an adventure along the way too!

Zavvi: Talking of family films, you are of course in Enchanted. I imagine you can’t tell us much, but you must be excited to step back into the Prince Edward outfit for upcoming sequel Disenchanted? 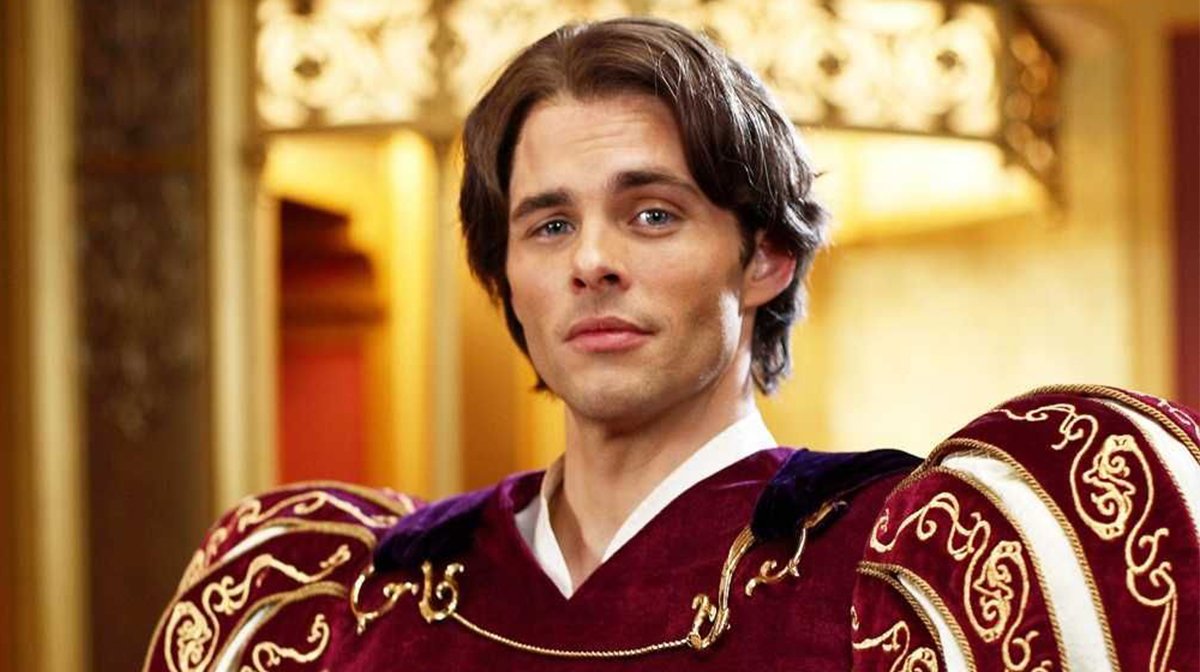 James: It was amazing. I didn’t think it’d take 15 years to do it, me and Amy [Adams] were like ‘this is it, we are never making this movie!’ But they finally got it together.

We are all signing at the top of our lungs again, and it was fun slipping back into that character as I had such a good time playing him. When I read the script on the first movie, I knew exactly what to do with this guy, and most of the time that doesn’t happen, you find your performance along the way.

But with Prince Edward, I just got it! He loves the sound of his own voice, he loves the idea of being in love, and he’s just completely unabashedly vain. It was a great character to play, so I loved being able to suit back up, join Amy and work with Adam Shankman who I worked with on Hairspray. 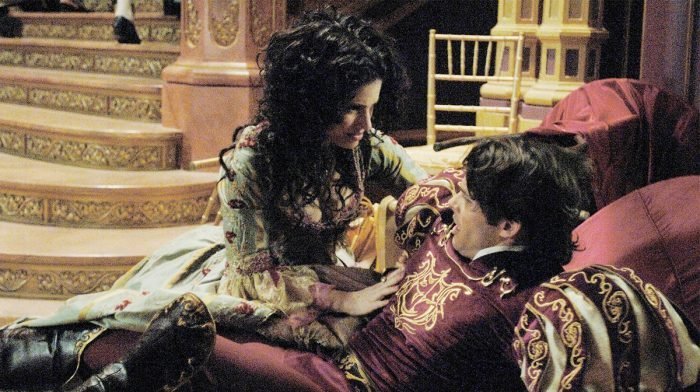 It was a lot of fun and the Enchanted fans will be very pleased. And Idina Menzel gets to sing, she didn’t sing in the original. What were they thinking?!?!

James: I guess because I’m a father of three and these are the types of movies that play in my house, it’s nice when these opportunities come along and I can jump in.

Sonic is fun for everybody – it was surprisingly great for adults! It turned out to be a big success and now to be able to do the second one, I’m excited for everybody to see it.

Zavvi: What was it like working with legendary animation studio DreamWorks on Boss Baby?

James: It wasn’t my childhood, but it was for my children. I have a DreamWorks film assigned to each of my kids. How To Train Your Dragon was the one for me and my daughter, Kung Fu Panda was my son’s.

These movies affected my children and me. They are brilliant at filmmaking, and they are geniuses at telling stories. So now to be part of one is very special. 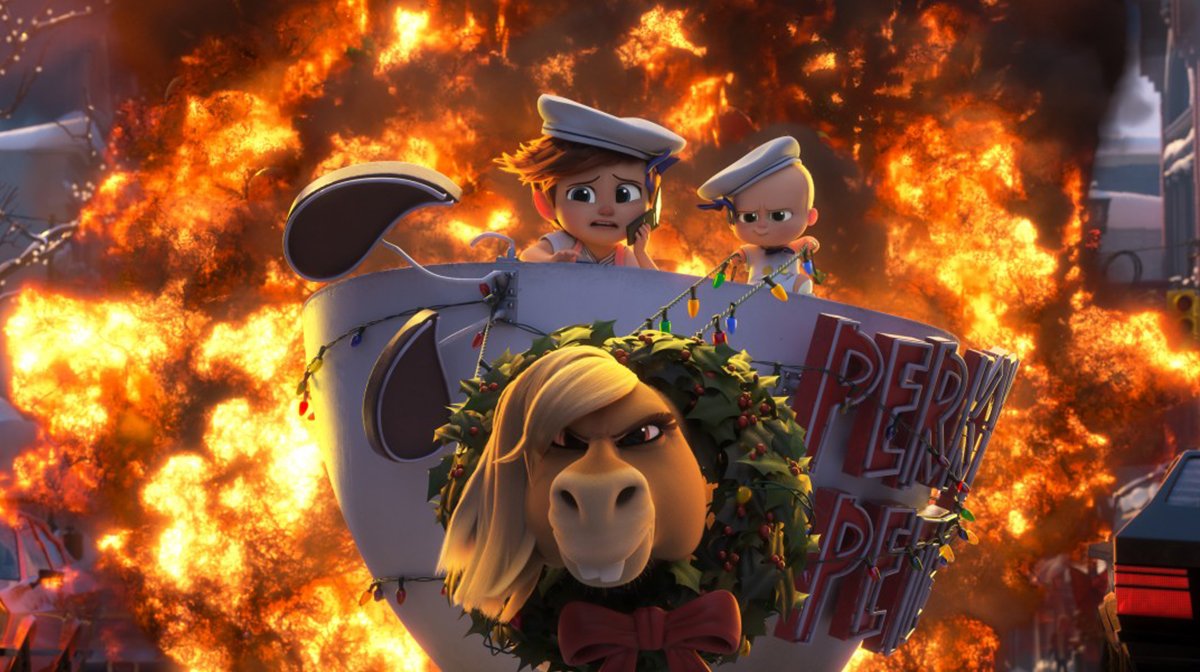 Zavvi: If it happens, would you be up for Boss Baby 3?

James: For sure! These are jobs that are too much fun to say no to, you carve time out to do them. And because it’s voiceover, schedules don’t really come into play.

Also it’s some of the kindest people I’ve ever worked with. Life’s too short to not work for those people!

The Boss Baby 2: Family Business is out in UK cinemas from 22nd October.