Since his introduction in 1982, the character of Snake Eyes has remained an enigma within the G.I. Joe world, with very little being revealed about the mute commando.

That was the case until now, with new movie Snake Eyes: G.I. Joe Origins set to tell the masked ninja’s backstory for the very first time, following the character (played by Henry Golding) as he is welcomed into the Arashikage Clan after saving the life of their heir apparent, Tommy/Storm Shadow (Andrew Koji).

There Snake Eyes learns the way of the ninja, but when secrets from his past are uncovered, his loyalty is tested. 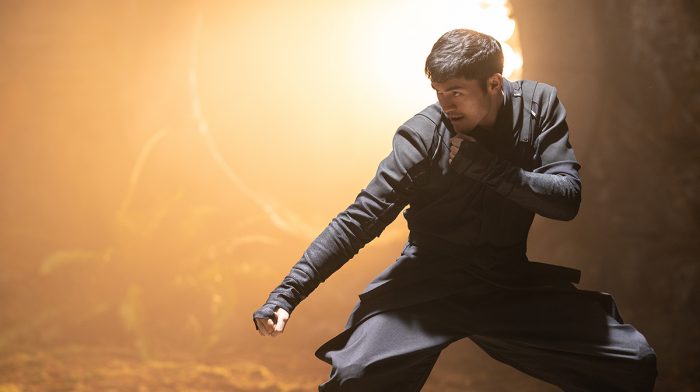 Looking to launch a franchise with the iconic character being front and centre, the heart of the movie lies with the complicated relationship between Snake Eyes and Storm Shadow, one which has continued to fascinate fans over the decades.

For Larry Hama, writer of the comic book series G.I. Joe: A Real American Hero, this was the right choice for studio Paramount Pictures to make as he told Zavvi: “It always seemed to me that Snake Eyes was one of the strongest parts of that world – he was always one of the most popular characters, but I guess studios wanted to do the team first.

“So when they approached me about being a consultant on the film I was pleased, but even more so when I read the script and saw that it honed in on the right stuff. The whole concept is about trust, camaraderie and loyalty.

“That’s what makes it work and it differs from your typical martial arts film because it’s not just about the choreography. There are reasons to stick with the characters as you want to find out more about that relationship.” 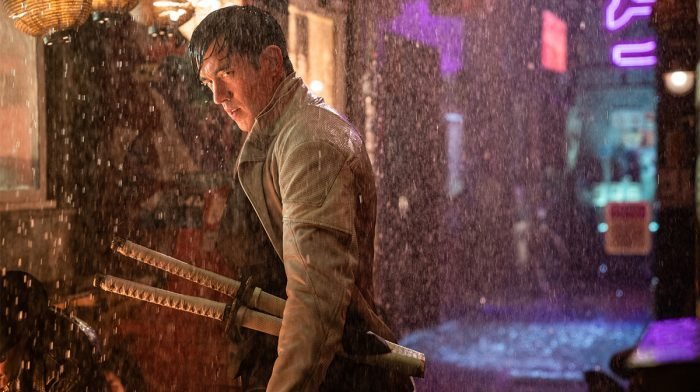 It was crucial then that the filmmakers nailed the casting of these blood brothers to bring that famous chemistry from the comics to the screen.

Best known for his breakthrough role in 2018’s Crazy Rich Asians, with Snake Eyes Golding proves that he is ready to lead a franchise having that essential magnetism, charm and edge of glamour – it’s no wonder he’s tipped to be the next James Bond.

Golding is perfectly paired with Koji, an actor no stranger to action thanks to his role in the martial arts television show Warrior. As well as delivering an impressive physical performance, Koji crucially taps into the emotions of the character too, diving deep into his inner conflicts. 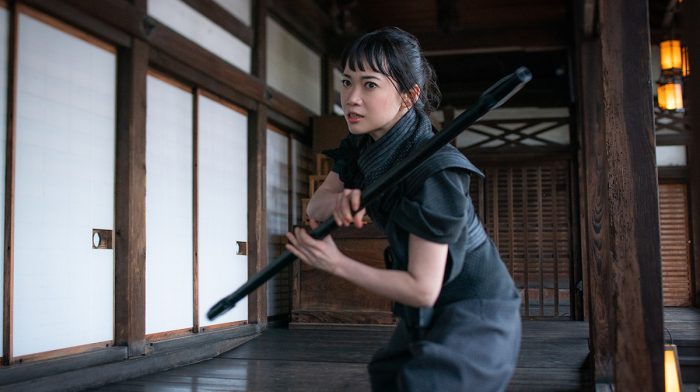 For Hama, it was crucial that Asian actors were cast in these roles after an experience at San Diego Comic Con (SDCC) helped him realise the importance of representation.

He explained to Zavvi: “When writing the comics, I remember thinking ‘why is the only Asian character [Storm Shadow] in the G.I. Joe universe a bad guy?’

“So, over the next months I evolved the character to become a good guy and part of that is his connection with Snake Eyes.” 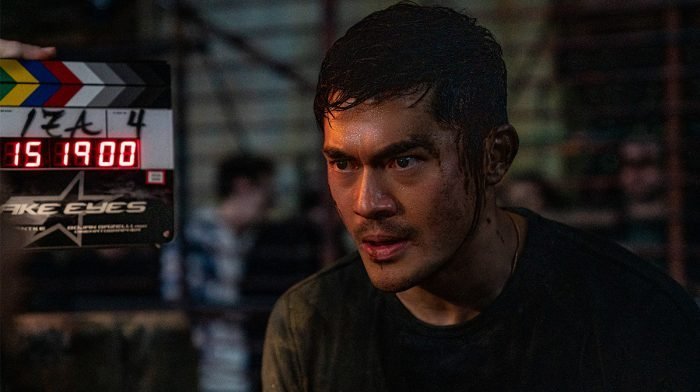 “Years later I’m at SDCC and whilst doing a panel this Asian kid stands up and asks, ‘how come the most bad-ass ninja [Snake Eyes] is some white guy?’

“I was gobsmacked, and then realised I had been put in a corner as in order to create this good guy Asian character, I had created this super ninja who happened to be white. I started thinking about it and something was askew there.”

Hama hopes then by having Malaysia-born actor Golding in the role of a character who was portrayed as white in the comics, he has made things right for this young fan and others. 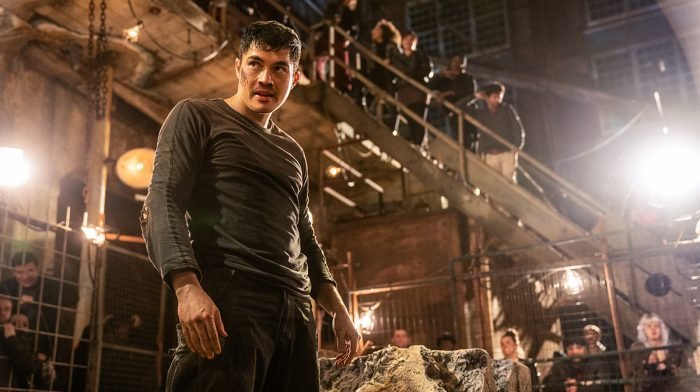 Once cast both Golding and Koji had to go through intense training so that they were ready to film the action scenes.

Martial arts of course plays an important role in the movie, and so the filmmakers hired legendary stunt and fight coordinator Kenji Tanigaki – who has worked with the likes of Jackie Chan and Donnie Yen – to work on impressive fight sequences.

Kenji revealed to Zavvi that it was director Robert Schwentke’s knowledge of Japanese cinema and his non-CGI approach to action that encouraged him to take the project.

But wanting to make the action as real as possible, using the actors instead of stunt doubles wherever they could, only meant that the training was even harder for the cast. 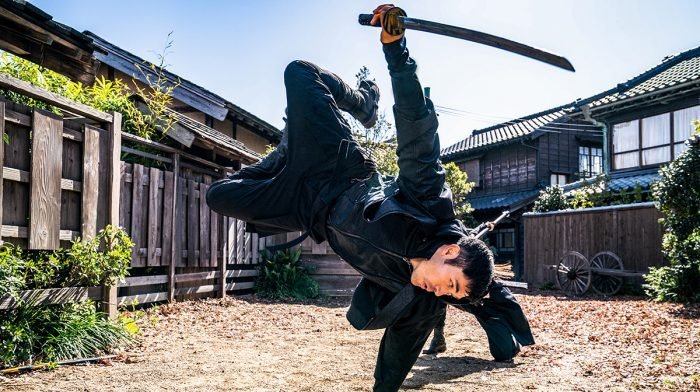 Kenji was impressed by the cast’s dedication to the training, also praising the way they responded to his feedback which was very reactionary on set:

“Our job during training is being like counsellors. Both Henry and Andrew were very good, but they aren’t Snake Eyes and Storm Shadow yet.

“We film their training on phones, and then show that footage to them to explain what works and what needs to change. It’s very effective to show them there and then, and it leads to mutual trust and progression.” 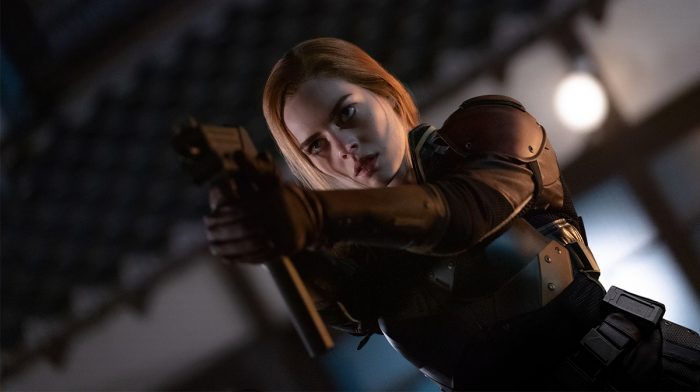 Watching Snake Eyes it’s clear the hope is this will be the first instalment in a new series of films, with appearances from other popular characters from the G.I. Joe world such as Scarlett (Samara Weaving) and Baroness (Úrsula Corberó) teasing what is to come.

As Hama told us, “what’s going on in the movie is setting up the long path for the storyline”.

And with a future film reportedly already in development, it looks like our journey with Snake Eyes and co. is far from over yet.

Snake Eyes is exclusively in UK cinemas from 18th August.