The film spans thousands of years, with the immortal team present throughout history, even if they’ve been living in secret on Earth. So this range features a wild array of stylistic designs, from ’60s inspired tie-dye, to timeless black and white shirts.

Here’s a guide to the collection. 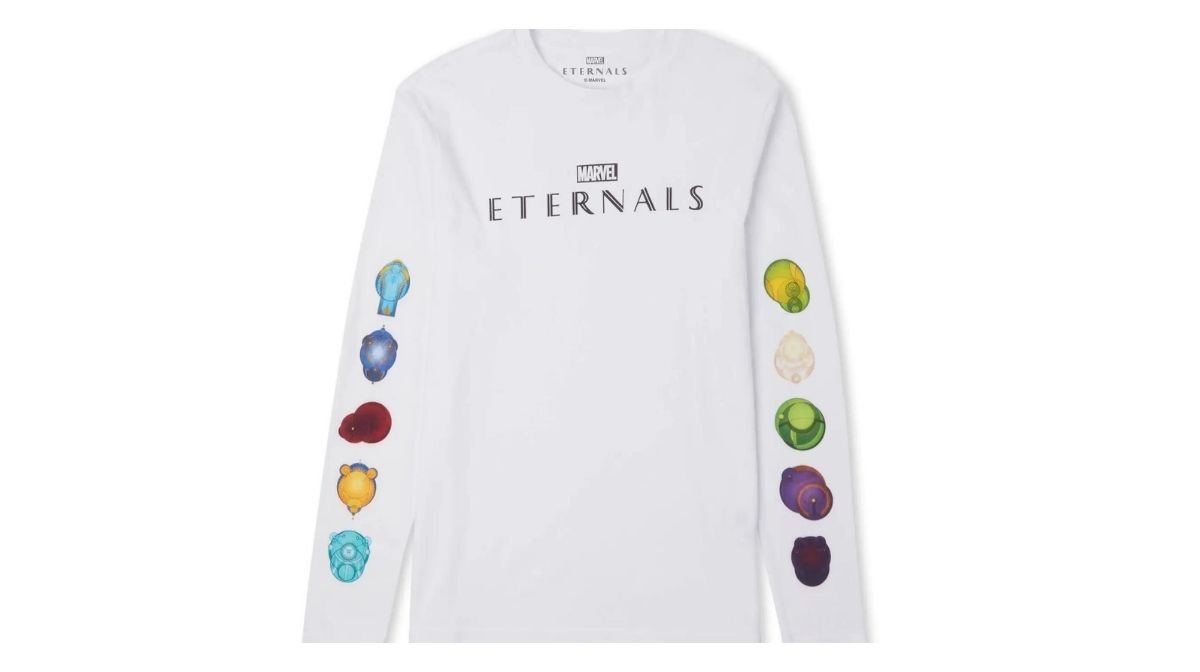 First up, there’s a long sleeved white shirt. The Eternals logo is at the centre, while both sleeves bear all the elements associated with each hero.

There are a couple of designs centering on two of the groups’ leading heroes; a royal blue shirt featuring Ikaris (played by Richard Madden in the film), and a forest green one featuring Sersi (Gemma Chan). 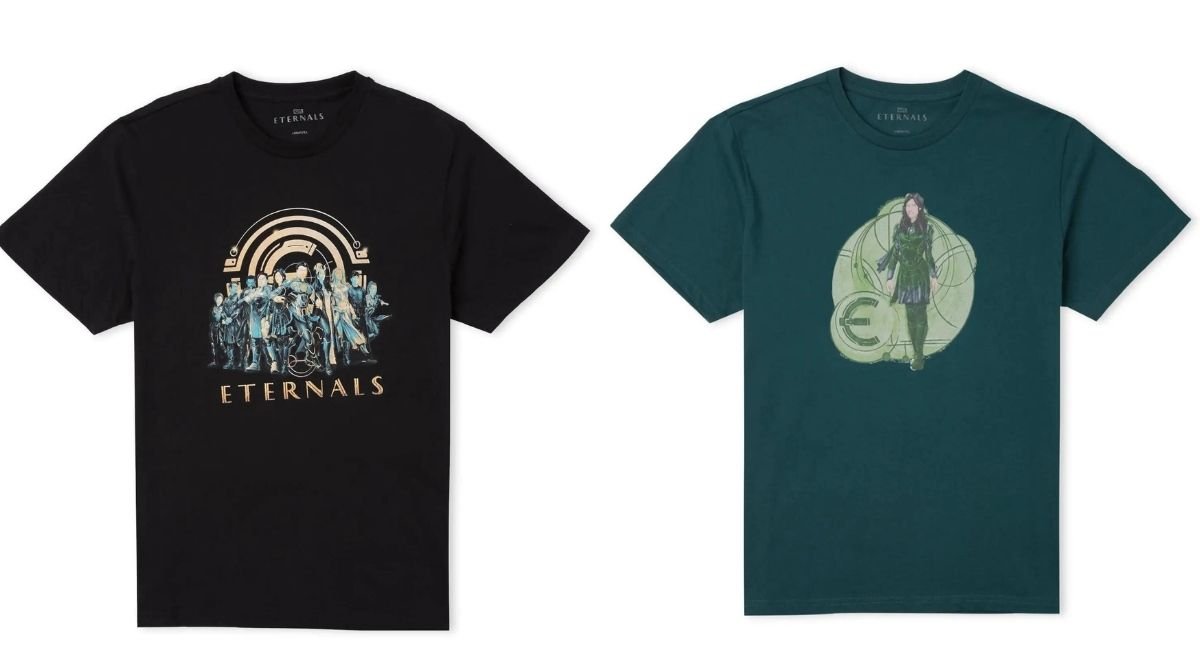 In addition to these there are two oversized heavyweight shirts. One is white and bears the giant Eternals icon in the centre, while the black design features silhouettes of the team in front of that logo.

There are two t-shirt dresses – one featuring the gold Eternals ring with constellations, the other a navy acid wash design.

Finally, there are two cropped shirts, one black tie-dye, the other a mint acid wash with colourful character tile grid. 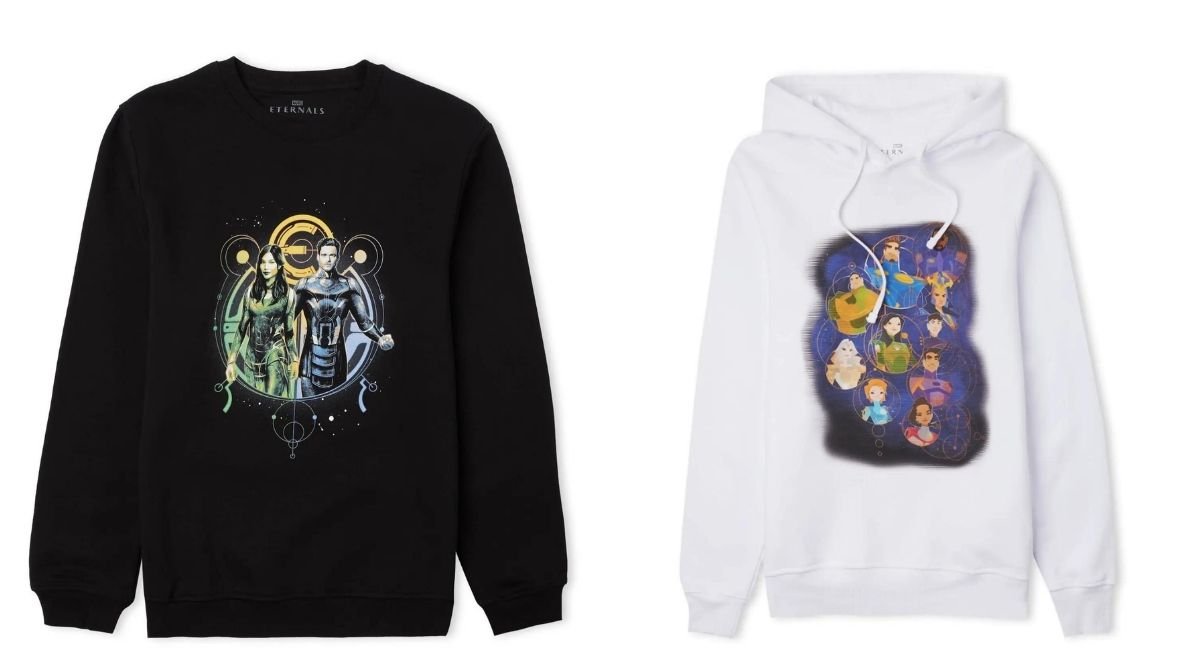 There are four different unisex hoodie designs in our collection.

In addition to these, there’s a black sweatshirt featuring Ikaris and Sersi. 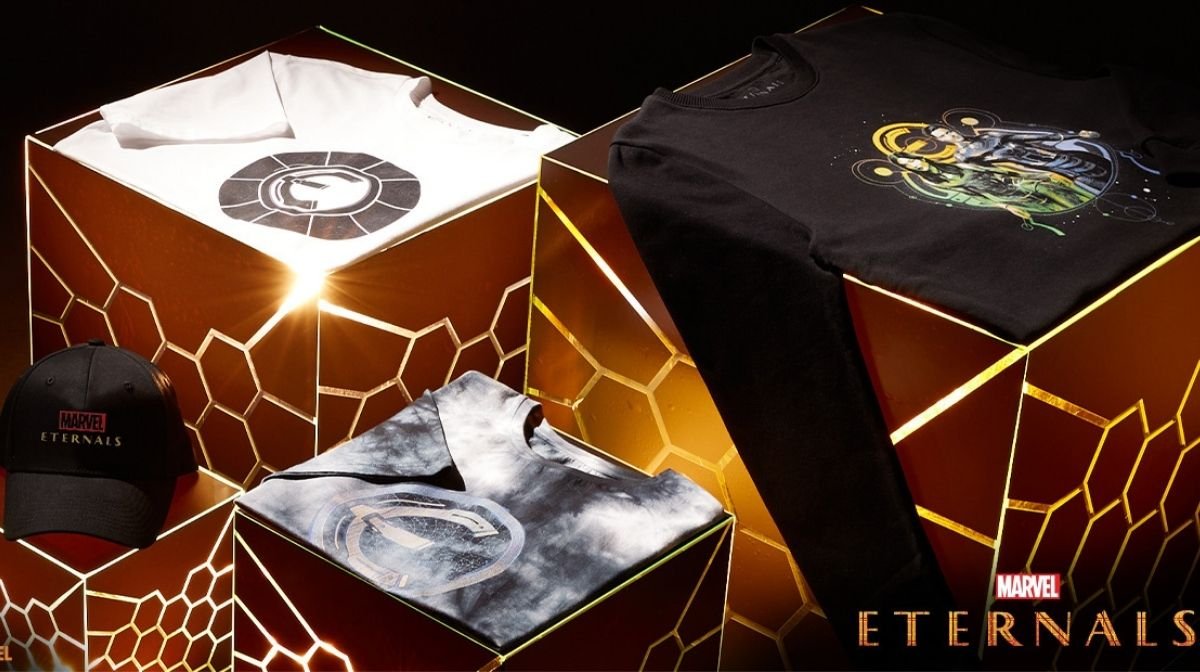 The collection is completed by three other items of clothing.

These are black unisex joggers, a beanie, and a cap. All of these feature the Eternals logo.