This week sees hit show The Falcon And The Winter Soldier come to an end with a finale that is set to be game-changing.

The Flag Smashers are making their final moves, a broken John Walker is gearing up to strike back, and Sam is accepting the responsibility of the shield.

All of which sets the stage for an epic finale which will put things in motion for the future of the Marvel Cinematic Universe (MCU). Here’s what to expect. 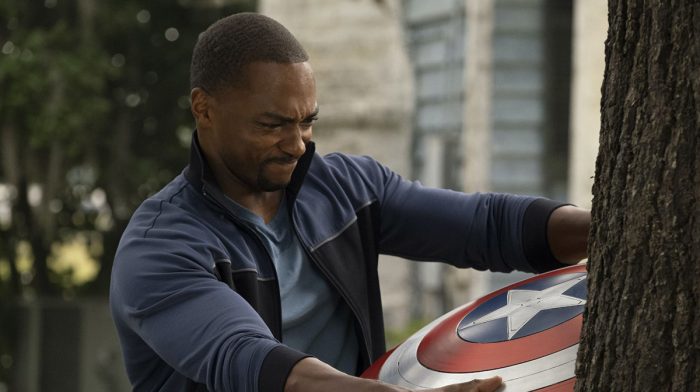 Since the very first episode of The Falcon And The Winter Soldier, we have been waiting to see Sam become the new Captain America and it looks like the finale will deliver us this moment.

Throughout the series Sam has been grappling with what the shield represents, and whether he is willing to take that legacy on as Captain America.

The end of episode five saw Sam accept the shield, practising with it in an incredible training montage, and so he seems ready to take on Cap’s mantle too. 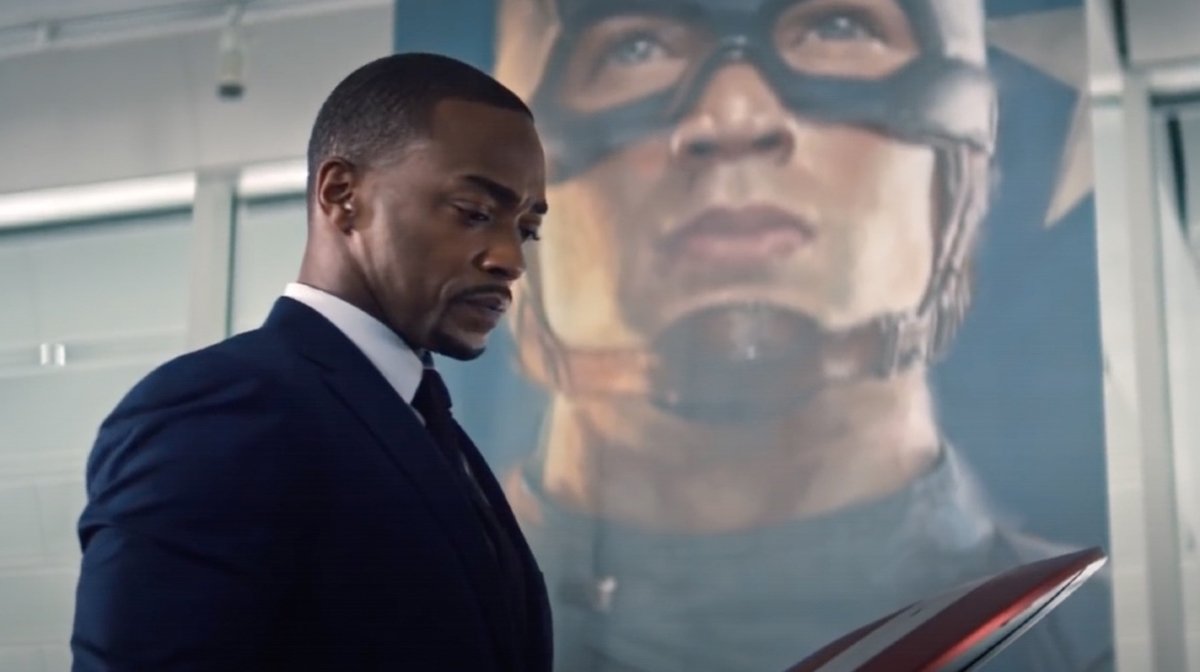 Since Sam is stepping into a new role, it makes sense that he gets a fresh suit for it, something the Wakandans seem to have got covered.

After Bucky hands Zemo over to the Wakandans during the penultimate episode, he asks them for a favour. We later find out this favour comes in a rather cool looking box, and that it’s actually for Sam as Bucky hands the case to him.

Once he feels comfortable with the shield, Sam finally decides to open the box, but we don’t see what’s inside as the show leaves us on a cliffhanger.

Given that Sam’s Falcon wings were destroyed he’s in need of a new costume, so Bucky probably asked the Wakandans to create one for his friend. 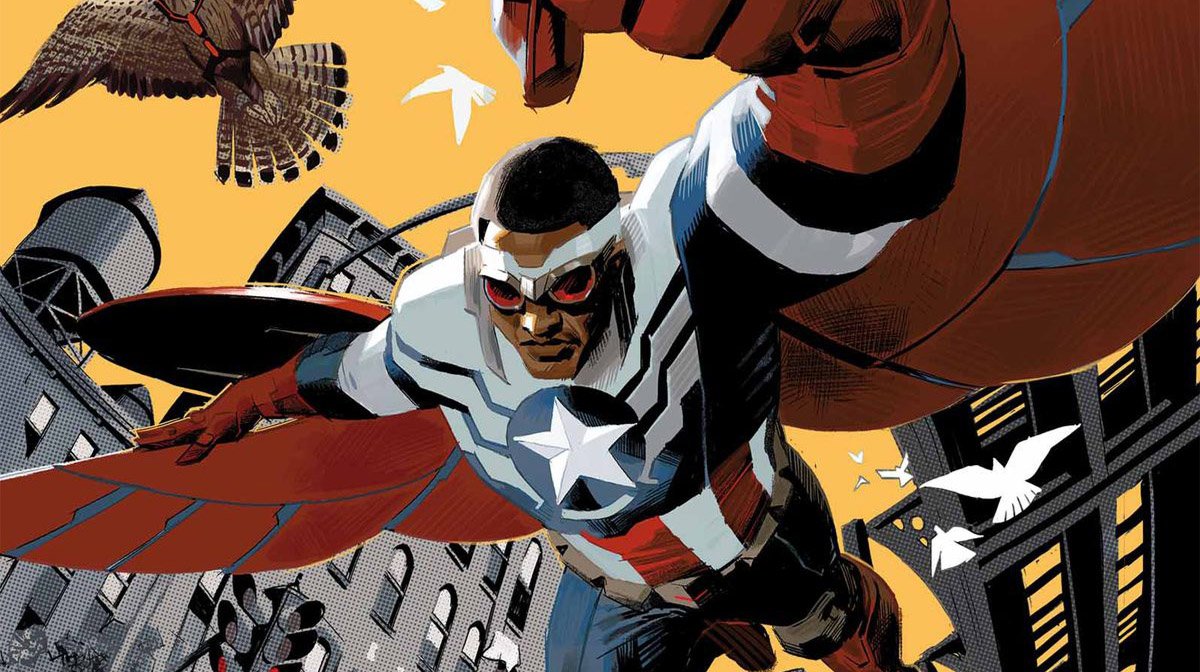 But this won’t just be any outfit, as it’s highly likely to be the suit Sam wears as the new Captain America, donning it for the first time in the finale.

In the comics Sam’s Cap suit was a hybrid Captain America and Falcon costume, coming complete with wings then, and it’s likely the MCU will mirror this.

Seeing Sam as Captain America will be a huge moment, and one we are looking forward to. 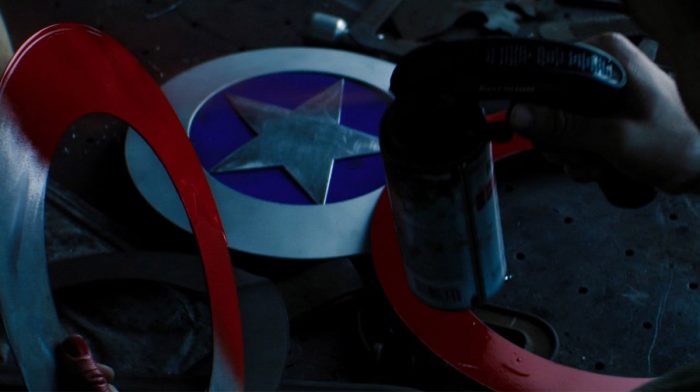 John Walker has gone on quite the journey throughout the series, and the last episode made it clear that he’s not ready to give up the role of Captain America, despite being ordered by the court to do so.

A mid-credits scene see John creating his own shield, with a photo of himself and buddy Lemar Hoskins nearby presumably helping to provide motivation.

We can expect John then to once again come into conflict with Sam and Bucky, especially since he will likely lose his sh*t when he sees Sam as the new Captain America. 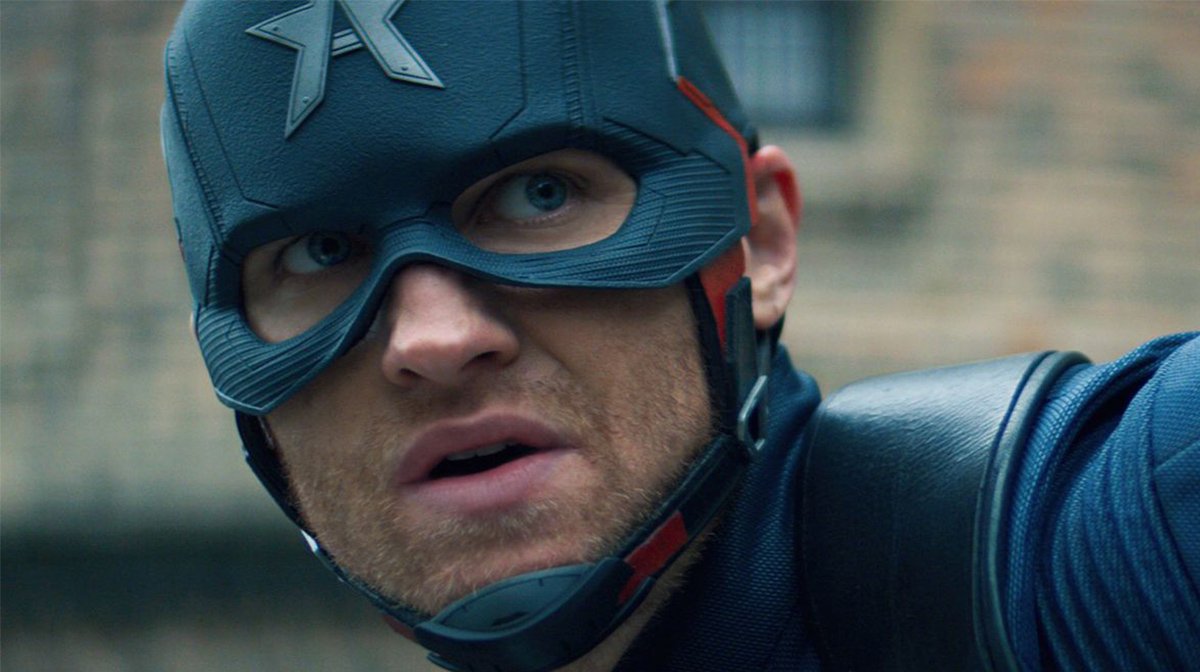 More importantly though the sequence seems to be setting up John as U.S. Agent, a role he takes on in the comics after becoming Captain America doesn’t work out.

In the comics, U.S. Agent is a classic anti-hero tackling evil in a vigilante manner, making him both a foe and an ally to the Avengers.

Perhaps John becomes U.S. Agent after having to accept he can’t be Cap following a final confrontation? He clearly believes he has good to do in the world, he’s just misguided in how to carry this out.

The Power Broker Is Revealed 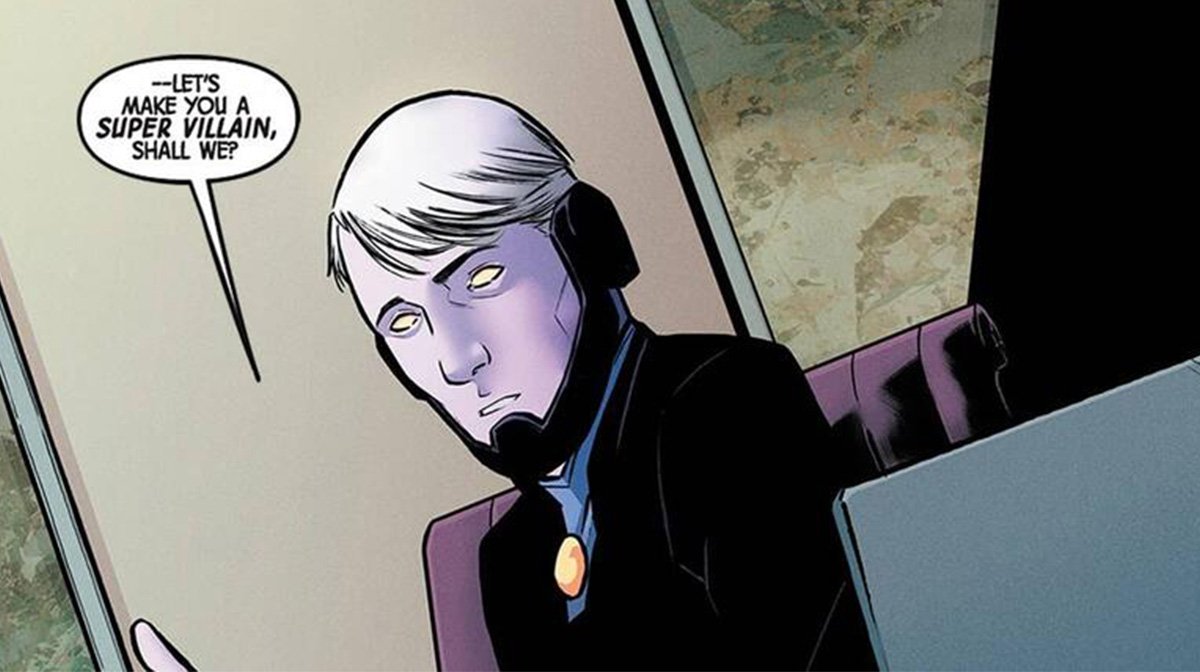 All we know so far is that they are behind the super soldier threat, tasking scientist Dr. Wilfred Nagel with recreating the serum, which the Flag Smashers then stole giving themselves powers.

And given that their identity has remained a mystery so far, it’s probably a character we already know – with our bet being on Sharon Carter. 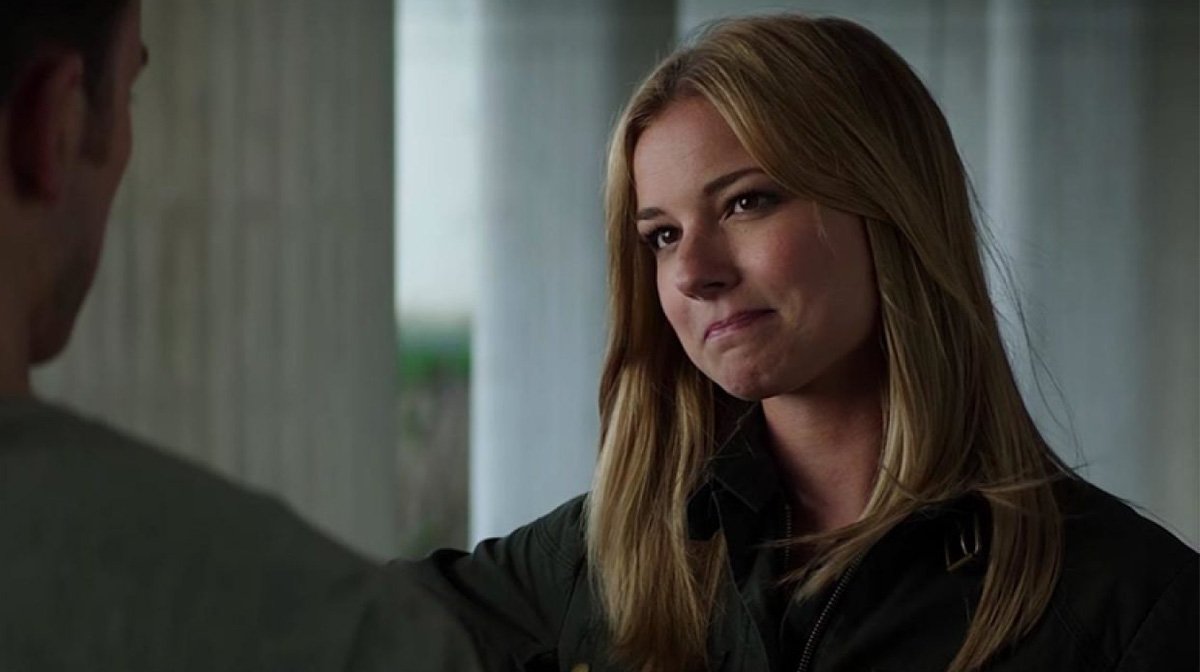 There are arguments to be made that it could be another character such as William Hurt’s Thunderbolt Ross or Julia Louis-Dreyfus’ new addition Val (who made a cameo in the last episode), but the prime suspect is indeed Sharon who has been acting increasingly suspiciously with each episode.

The facts do line up: Sharon is a fugitive, we don’t really know what she has been up to since Civil War, she chose to seek refuge in lawless Madripoor, and she has a right to be angry with the Avengers given that none of them contacted her.

Whilst she tells Sam and Bucky she is now a black market dealer in rare items, this could be concealing the truth which is that Sharon has broke bad becoming the Power Broker.

If Sharon is revealed to be the Power Broker, it will be interesting to see how Sam and Bucky react to the news. 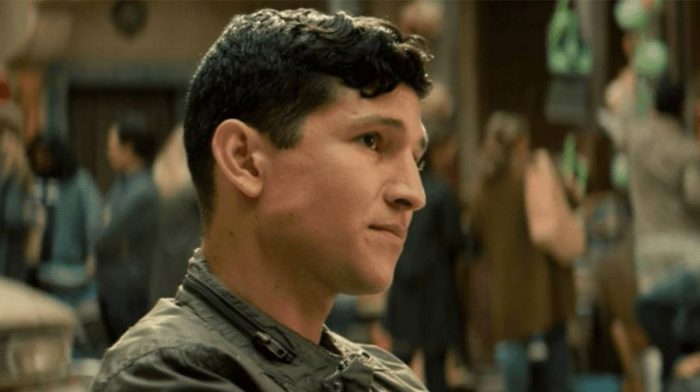 With the series finale looking set to reveal Sam as Captain America, there’s a very good chance it could give Torres his wings as he becomes the Falcon, introducing a new superhero to the MCU.

Sam’s Air Force liaison Torres has been a key ally throughout the series, helping with the investigation into the Flag Smashers. And in the last episode, we saw Sam leave his broken Falcon wings with Torres, following John Walker damaging them in a fight.

Sam doesn’t seem to want the wings back, which makes sense considering he seems ready to take on the mantle of Captain America, but Torres definitely does seem interested, as a lingering shot sees his gaze focused on them. 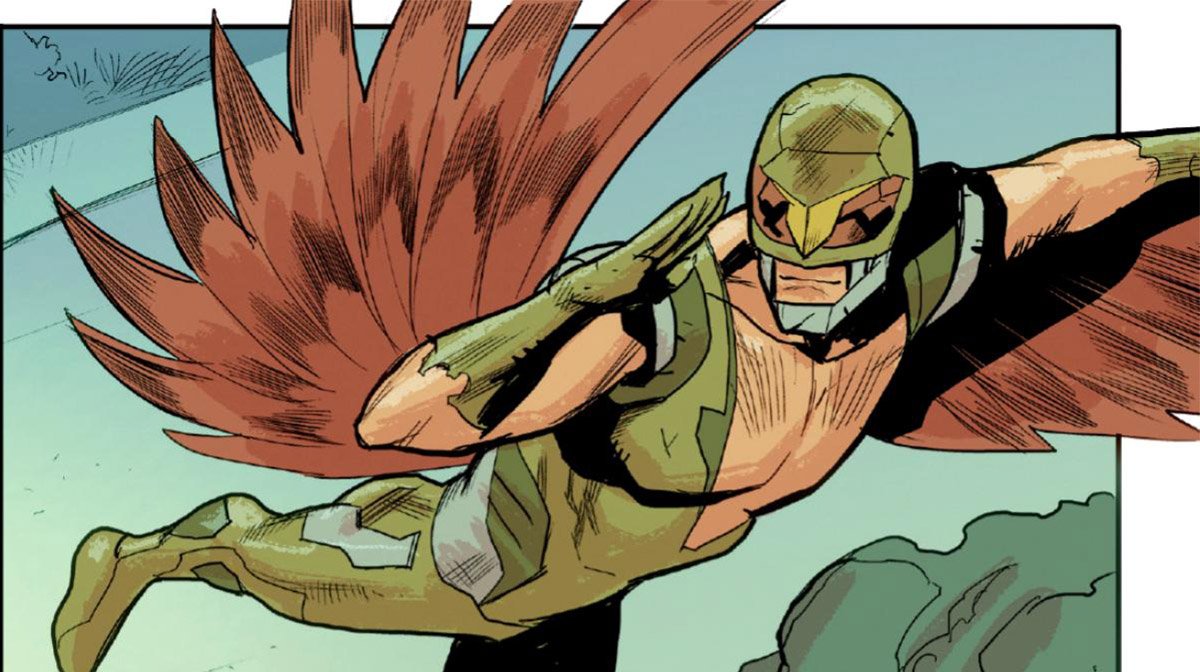 Torres has already proven himself to be tech-savvy, so maybe he fixes the wings himself, building a suit he can wear to become the new Falcon.

With Sam and Bucky facing a big fight in the finale, they will need all the help they can get so we could see Torres flying in as support, then taking up the mantle of Falcon now Sam has become Captain America.

This is in line with the comics which has Torres as a successor to the role of Falcon, so it makes sense for the MCU to also follow this story. 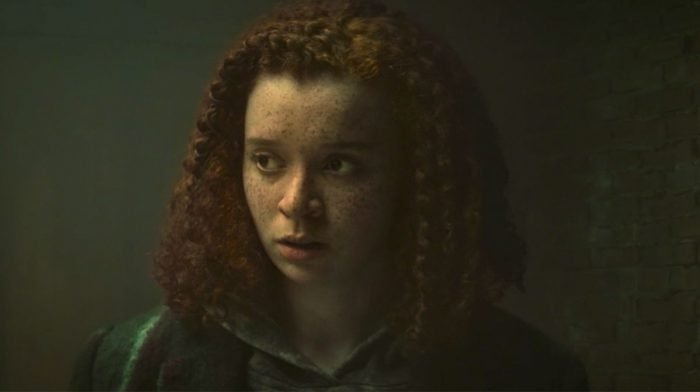 With Sam and Bucky chasing antagonists the Flag Smashers throughout the series, we are due a final battle with the show’s closing episode.

Karli Morgenthau and the Flag Smashers took things up a notch at the end of the penultimate episode, taking a briefcase filled with weapons from familiar face Batroc the Leaper.

These weapons included explosives and guns, with the Flag Smashers poised to attack a Global Repatriation Council (GRC) board meeting as teased during episode five’s closing moments, setting the stage for the final conflict.