5 Reasons Why You Should Be Excited For Persona 5

Persona 5 is almost in our hands, the Japanese RPG series has gone almost a decade without a new mainline entry in the series. With the release now so soon, it’s a great time to highlight the very best of the Persona series, which does not simply just take a group of heroes and save the world, but grounds it in a realistic setting. Persona 5 is set in Tokyo, and you take the role of a delinquent transfer student.

The Persona series has historically dealt with deeper themes, with some characters in Persona 4 questioning their lives, and looking inwardly to accept the person that they are. This is a broad stroke of what Persona delves deep into- it’s really all about growing up. Anyone who was a teenager at any point has felt lost in some way, the Persona series captures that and put it into a realistic setting with an unreal plot that’s centered around stealing hearts- we’re not sure what that means yet, but it sounds super, super cool- right? 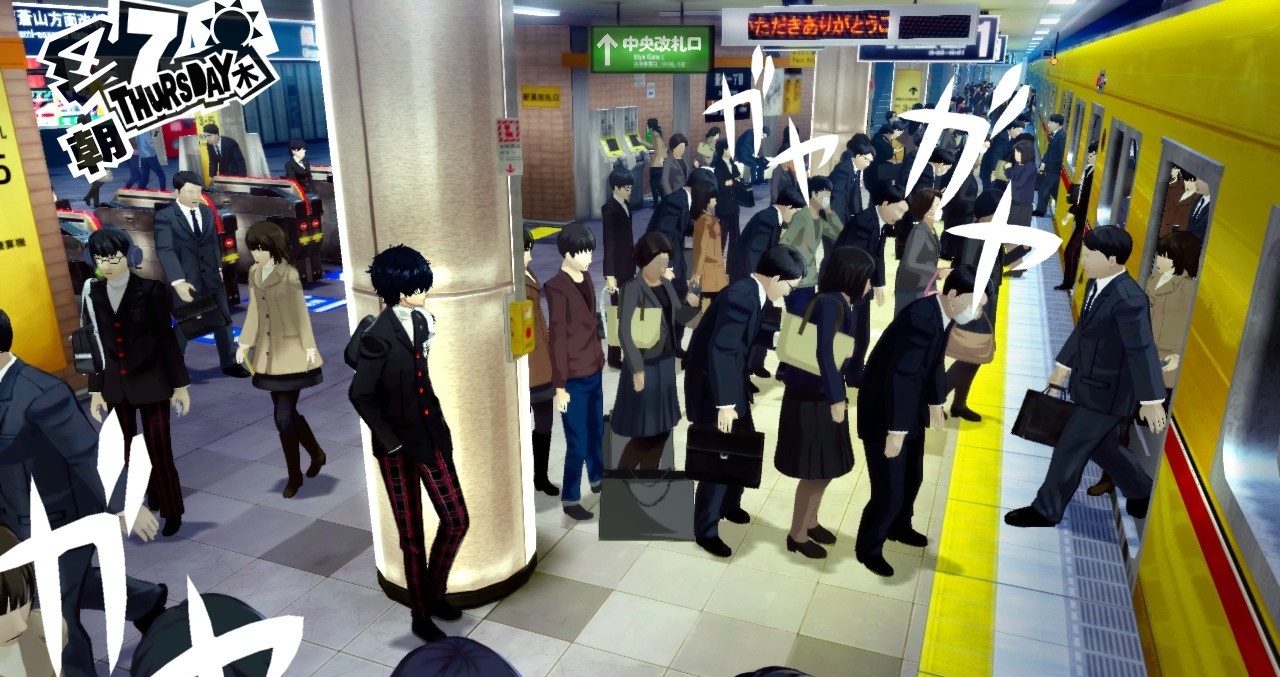 Look at any footage of Persona 5 and you’ll see that every single thing in the game is stylised to hell and back. With its unique Anime aesthetic and direction. We see that it has such a strong visual style, right down to the opening song. Even menus and shopkeepers are dynamic and exciting to look at. Take a look at the trailer below to see how exciting and dynamic everything is.

The Persona series has always had eclectic soundtracks, and Persona 5’s is one to definitely get excited about. Composer Shigenori Soejima has worked on the series since Persona 3. With P4’s lighthearted rural tone and P3’s more raw soundtrack, Persona 5 looks to give us a more blues/jazzy feel, given the setting of the classic gentleman thieves. We see a grander game, in comparison to what we’ve seen before, meaning that the range and breadth of the soundtrack is also incredibly exciting.

The highlight of any Persona title are the characters. Persona 4 has one of the most memorable casts of characters of any game released. Persona 5 echoes this. You’re able to meet new characters, go out on class trips and more. These little lighter moments might not have any huge impact on the story, but they do matter when it comes to building up your social links- which come into play in the game’s dungeons, which are poised to introduce new elements that we’ve previously seen in games like Tokyo Mirage Sessions #FE.

In Persona, your only tasks are not simply just getting rid of baddies, stealing hearts and chatting to friends. You’re going to need to do odd jobs & earn money in order to get to certain levels and increase your own personal stats to talk to people. The way you do that is by doing odd jobs, going to clubs or doing certain activities that usually culminate in some sort of food challenge. Think we’re kidding? Check out the video below!

These are just a few of the reasons why we are excited about Persona 5, the game will be coming out shortly, after some short delays. You’ll soon be able to take the role of the Phantom Thieves and be introduced to an entirely new cast of characters!

For more on the latest games, take a look at our Twitter!