In Martin Scorsese’s Taxi Driver there is a moment in which the film is elevated from ‘great’ to ‘a masterpiece’.

We were already intrigued by the curious case of Robert De Niro’s Travis Bickle, but in a singular scene everything changes and you realise just who our protagonist is.

Of course we are talking about the “you talkin’ to me” scene which is not only arguably the most memorable moment in Scorsese’s incredible movie, but one of cinema’s most iconic scenes.

In fact, even if you haven’t seen Taxi Driver you will know the scene thanks to it being endlessly parodied, becoming a pop culture mainstay. 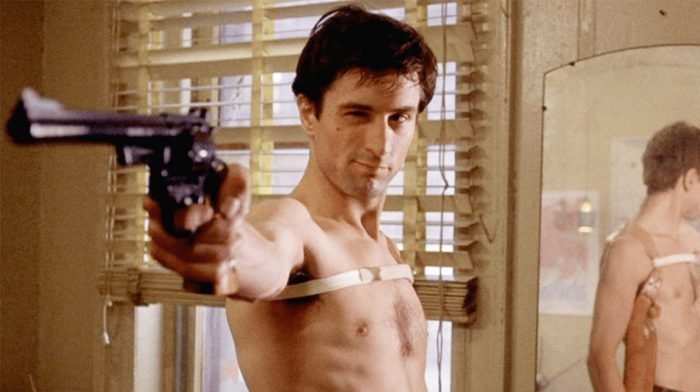 And for good reason as everything about the scene is pitch perfect – from the snappy dialogue, to De Niro’s playful performance and most importantly what it reveals about the character.

Occurring shortly after Bickle has decided that he wants to take action, we see him face himself in a mirror, practising his intimidation tactics and drawing his weapon.

It is no wonder that simple phrase, which is repeated four times in the moment, has stuck in our heads, but the magic of the scene is so much more than that.

It’s the crucial turning point that makes us truly understand Bickle’s mental state and the violent journey he is about to go on.

Before this moment we understood that Bickle was troubled, but he seemed able to coexist with the rest of society, all of which changes in this scene which emphasises his isolation, loneliness and unravelling mind.

Standing in front of the mirror and threatening his unseen foes, it is scary, intense, playful and melancholic all at once.

Bickle is so isolated he feels compelled to have this imaginary interaction. It makes it abundantly clear what he longs for is contact with another person, even if it is a confrontation. 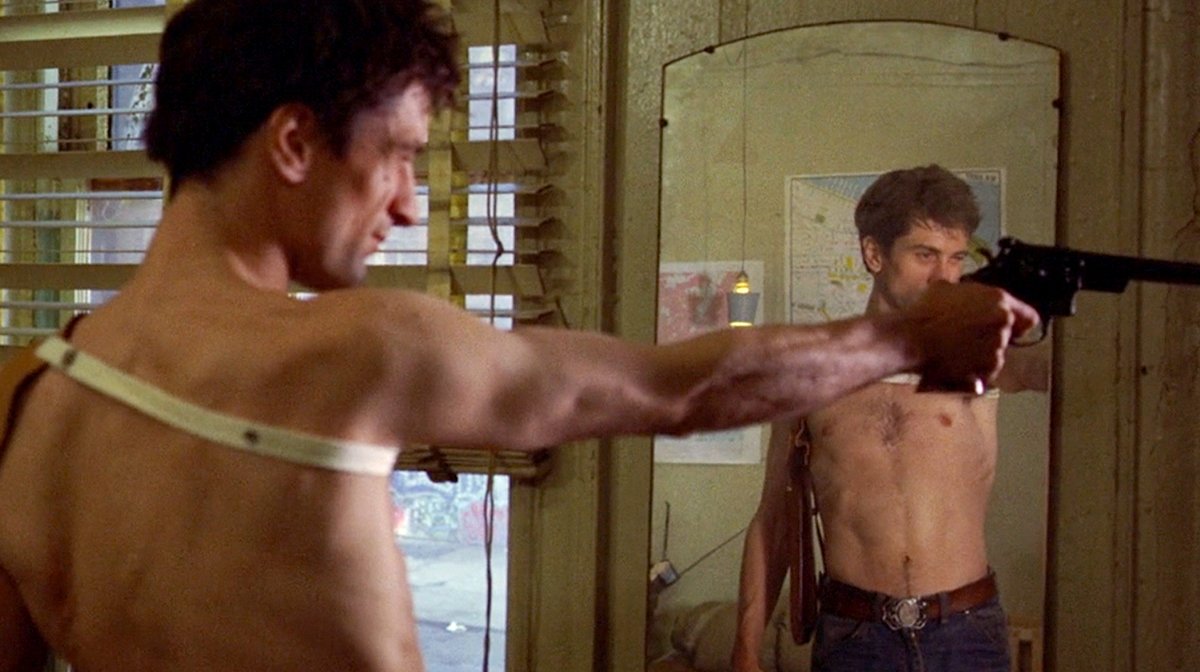 Not only is that quite tragic but there’s also a dangerous context to it as it’s clear Bickle is preparing himself for violence, his fractured state of mind on full show here.

Meanwhile De Niro’s playful performance in this scene recognises the humour in the situation too of the character facing up against his own reflection. This lightness just adds another degree of complexity to it.

What really makes this scene work though is that it gives us intimate access to his thoughts, mentality and emotions in a way the film had yet to do. 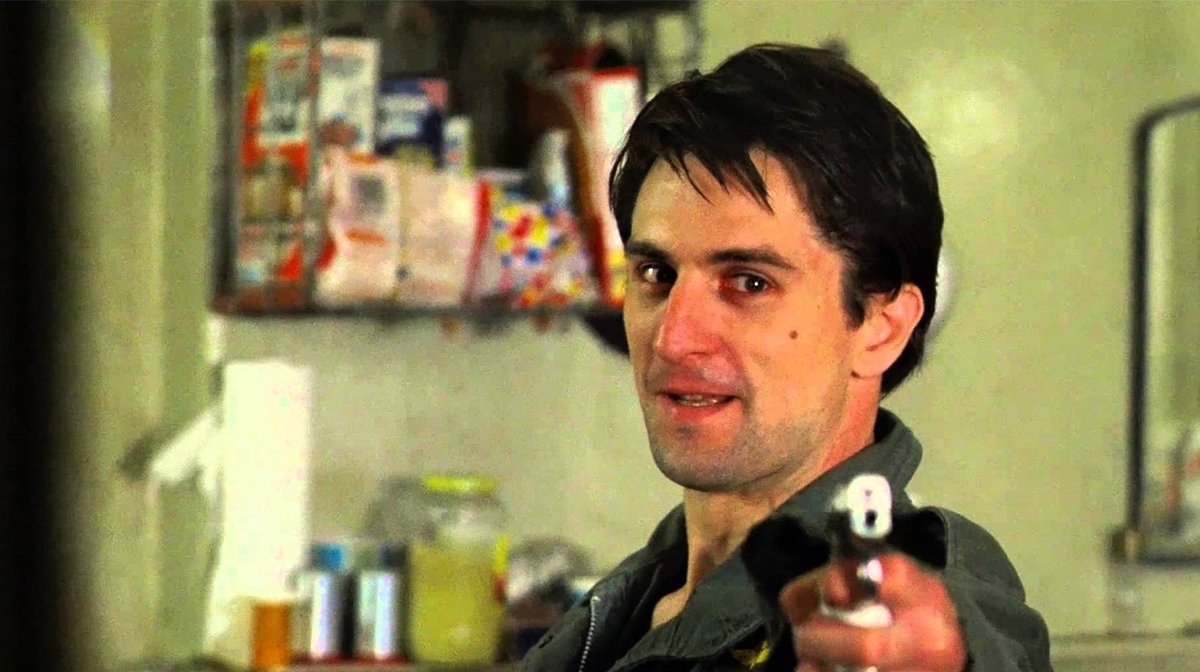 Confronting himself in the mirror allows Bickle to talk directly to the audience, but it’s also important to note that the viewpoint we have is from where he is standing – what’s on screen is the reflection.

This places us in his shoes which allows us to understand where he is coming from, and feel every emotion running through his body.

We are given full access to his psyche in a remarkable way, and what makes the scene even more astonishing is that it was improvised by De Niro himself.

And yes, you did read that right. It was indeed improvised! 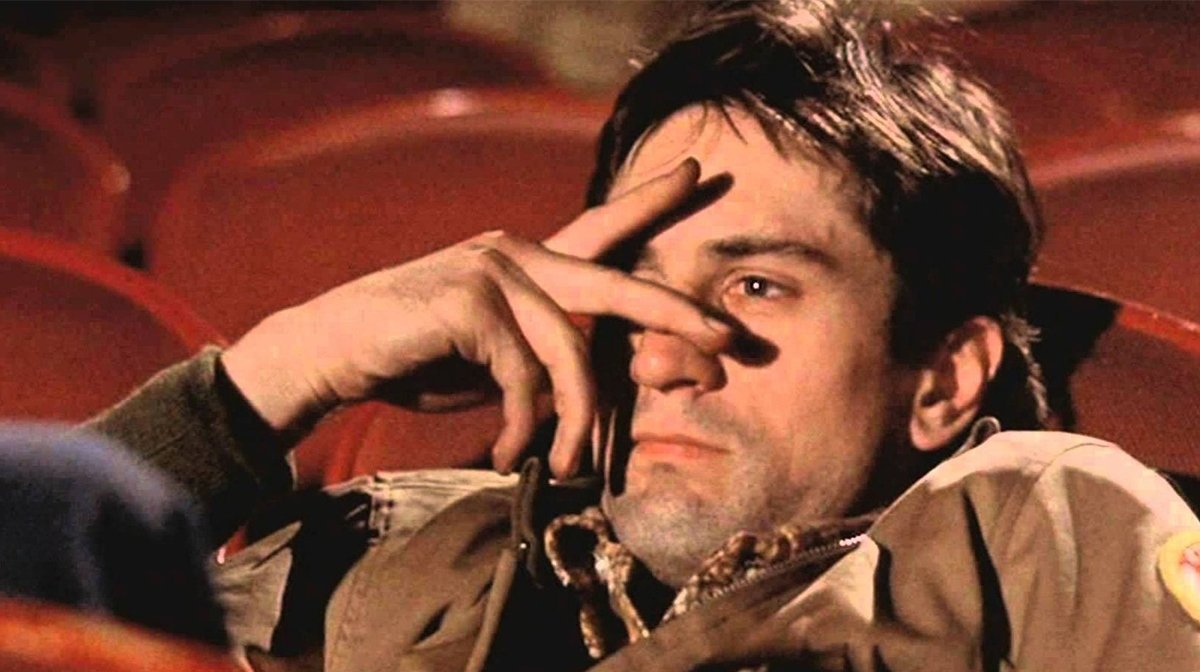 In conversation with Scorsese and De Niro at a 40th anniversary screening of the film at the Tribeca Film Festival, writer Paul Schrader revealed that in the script he had only provided a vague description of the scene.

He said: “The script said he looks in the mirror and plays like a cowboy, pulls out his gun, talks to himself. So Bob called me and said, ‘what does he say?’ and I said, ‘well, act like you’re a kid and you got that little holster and cap gun and you’re standing there.’ He took it from there.”

And De Niro really did take it from there, making up the sequence on the spot with no idea how legendary it would go on to be. 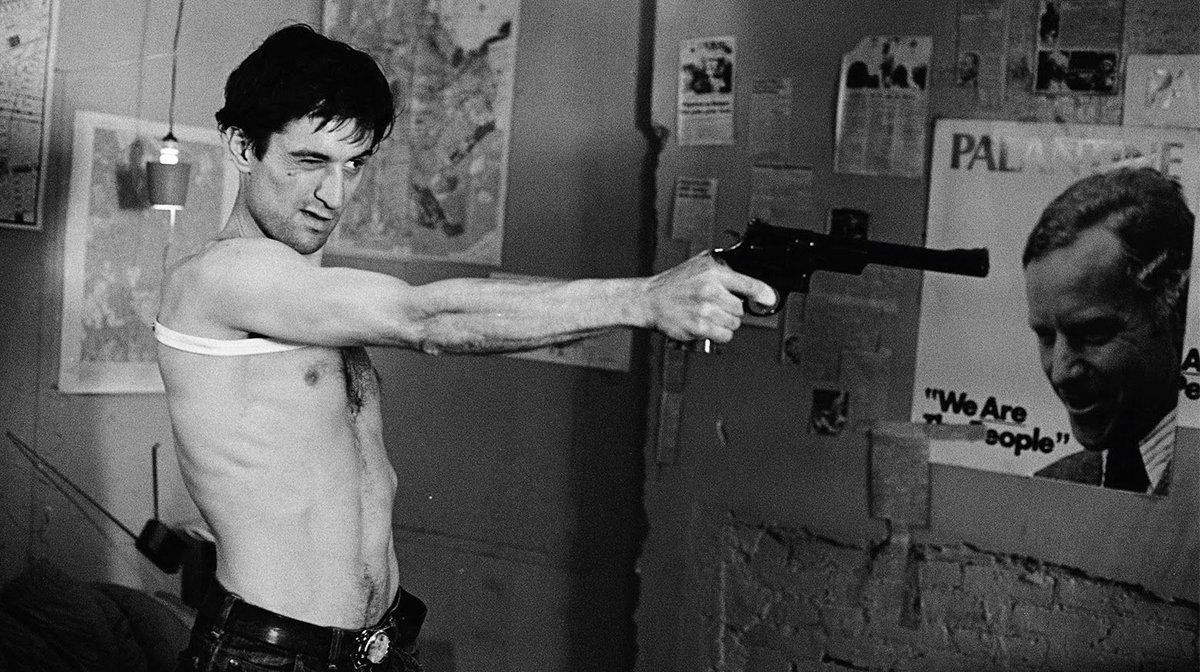 Interestingly De Niro drew inspiration for the scene from the strangest of places, stealing the line from none other than music legend Bruce Springsteen who said it to the audience at a concert the actor happened to be at.

De Niro admitted this to Springsteen’s bandmate Clarence Clemons, who taught the actor to play the saxophone for the film New York, New York and revealed all in his book.

Somehow the fascinating story behind the scene only makes it even more impressive and let’s be honest, it was extraordinary enough to begin with.