Earlier this week it was announced that Bombshell had received three Oscar nominations: Charlize Theron for Best Actress, Margot Robbie for Best Supporting Actress, and Best Makeup And Hair Styling.

But does it live up to the Oscar hype? The short answer is no, as Bombshell falls flat, taking only an on-the-surface look at sexual harassment at Fox News.

Which is a shame really as the promise is very much there throughout the film, in the strong performances and the moments it does attempt to dig deeper into the issues. 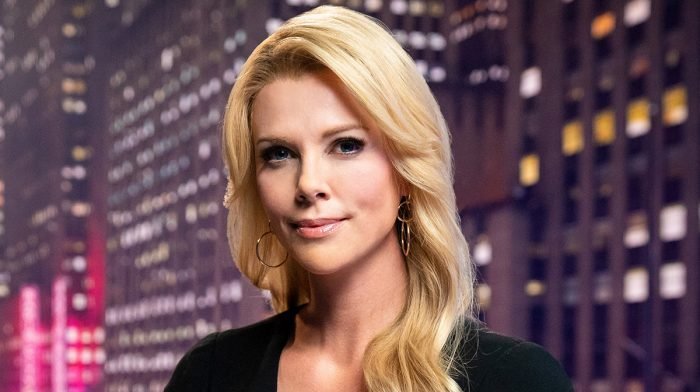 Based on real events, Bombshell looks at the sexual harassment allegations made against Fox News CEO Roger Ailes in 2016.

And at the centre of the story is a trio of women: Charlize Theron as Fox News anchor Megyn Kelly, Nicole Kidman as reporter Gretchen Carlson, and Margot Robbie as a composite character, the young and ambitious assistant producer Kayla.

Considering Bombshell is the account of how the women at Fox News took on the abusive power at the heart of the organisation, it takes a while for the film to actually get to that story. 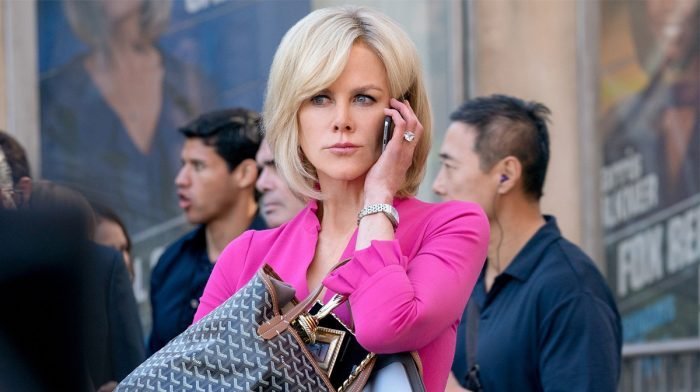 Instead it starts by delving into Kelly versus Donald Trump, as she challenges him during the 2016 Republican debate, looking at how Fox News and Ailes handled the conflict.

While this is an interesting examination of the right-wing media and the politics at play, it is also distracting from the main story, which on the whole is all over the place.

That’s because Bombshell suffers a serious identity crisis: unsure how to tell the story, how dig to deep, whether it wants to anger Fox News and how political it wants to be. 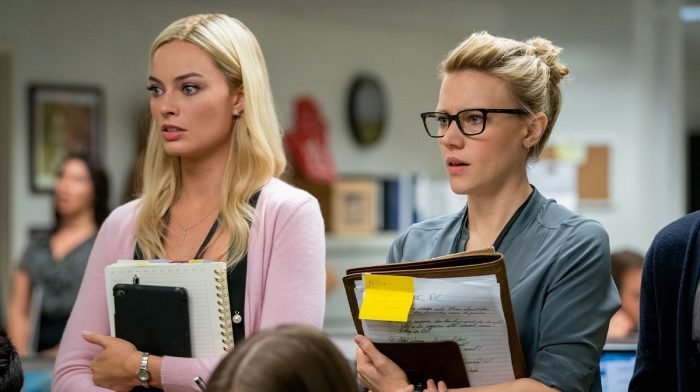 Co-written by The Big Short’s Charles Randolph, Bombshell is clearly aiming for the raw, snappy and smart style which won the former one Oscar and a Best Picture nomination.

And this is clear from minute one, as Theron’s Kelly takes us around the newsroom, introducing us to the world of Fox News, complete with plenty of fourth wall breaks, graphics and snarky humour.

It is a strong opening scene, and one that certainly grabs your attention, but as the film drops the stylistic flourishes it also loses its sense of momentum. 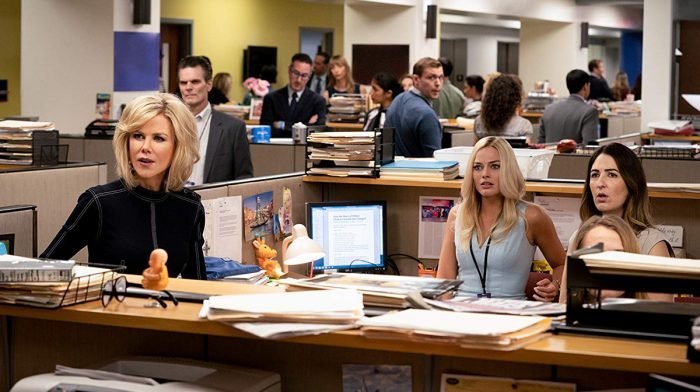 Not only does the film not fully commit to the stylistic techniques, but it also tiptoes around its subject matter, skimming over the issues seemingly afraid to piss anyone off – especially Fox News.

Which is disappointing as the film works best when it analyses the emotions involved: the fear and determination felt by the abused wanting to get justice, and the abusers trying to hold onto their power.

The excellent cast convey well these emotions, and without the great trio of Theron, Kidman and Robbie, the movie wouldn’t be as impacting as it is, illustrating the terrifying and awful realities of abuse in the workplace.

The main trio give riveting performances, as does the supporting cast which features John Lithgow as Ailes, who is spectacular as the vile, obnoxious and paranoid Ailes.

These performances certainly saves Bombshell from being a complete dud, but they also frustrate, being a reminder of just how good this film might have been if the filmmakers were more willing to commit to digging deeper.

If only they had decided to take a deep dive, it could have been a real bombshell indeed.