It’s important to remember that the Oscar for Best Picture doesn’t always go to the best film.

Witness, for example, the howls of outrage when Paul Haggis’ Crash beat Ang Lee’s Brokeback Mountain to the big prize in 2005. Has anyone even watched Crash since 2005? Probably not.

Objectively, this year, the best film nominated is clearly Bong Joon Ho’s Parasite, and at the time of writing, it looks like it might actually win. 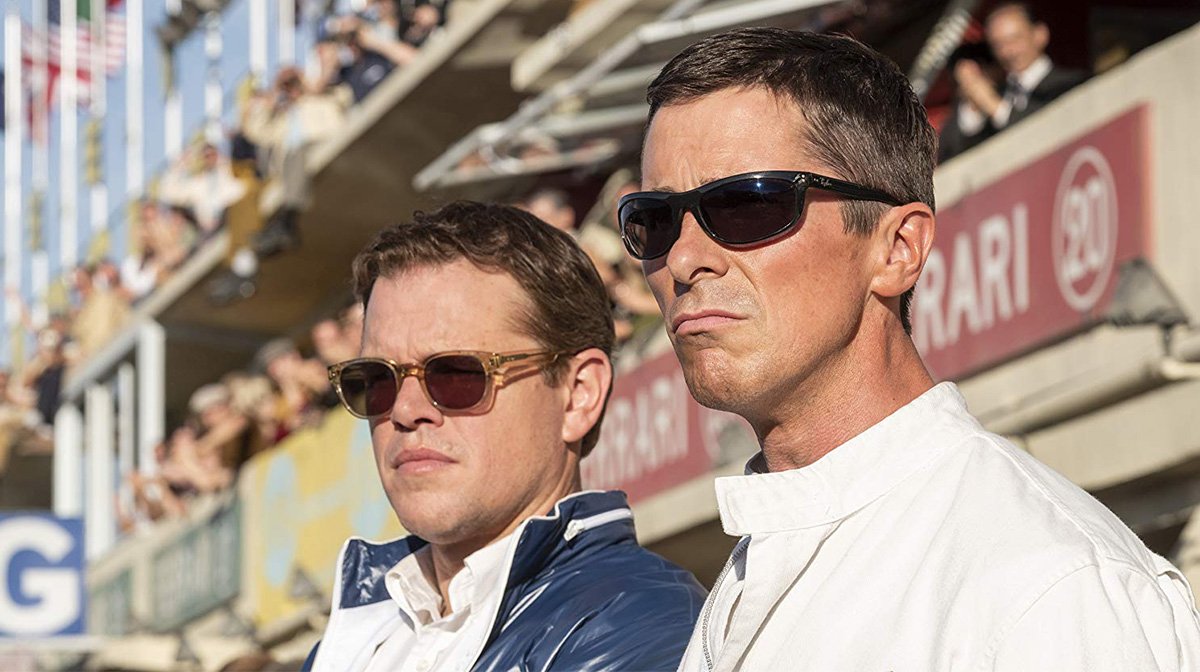 However, Academy voters are notorious for favouring what might be termed the safe bet option (last year’s Green Book win) and on that basis, there are several reasons why James Mangold’s Le Mans ’66 (or Ford v Ferrari elsewhere in the world) should romp home with the Best Picture trophy on Oscar night. 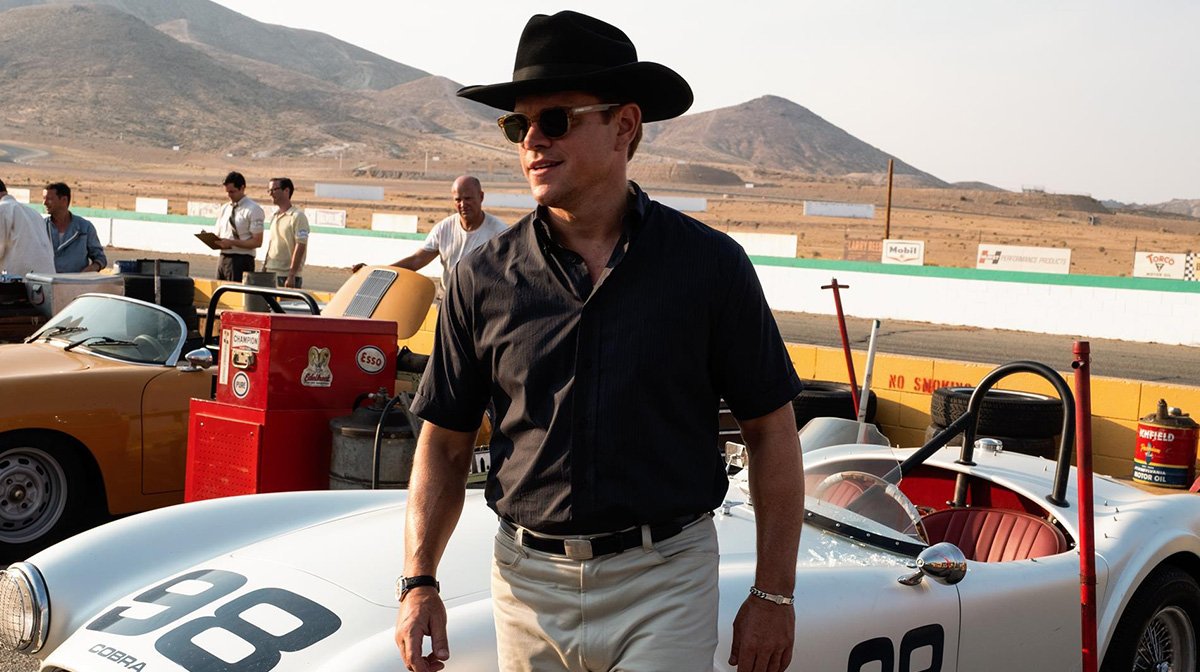 Despite the competition-focused US title, Shelby and Miles face more opposition from meddling Ford marketing execs (specifically a super-oily Josh Lucas as Leo Beebe) than they do from Ferrari himself – indeed, Remo Cirone’s Enzo Ferrari barely features in the film.

It’s precisely that aspect that seems tailor-made to appeal to Academy voters. After all, who in Hollywood could resist a film about creative freedom being shackled by executives?

That’s compounded by the fact that Beebe is a deliberately hissable bad guy – so much so that he’s often inexplicably trying to sabotage his own side – and that the film ultimately represents a triumph over his interference. 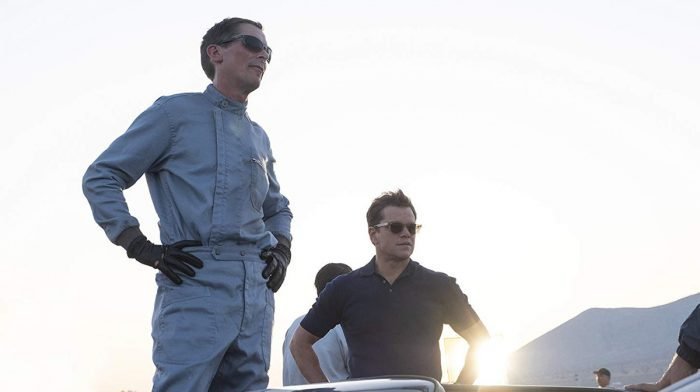 Hollywood also loves the sort of film where two mismatched characters come to appreciate each other (see Green Book yet again) and Le Mans ’66 scores highly on that front too, with a compelling friendship at its centre.

Damon and Bale are a joy to watch in the film. Indeed, both actors are having so much fun that it’s practically infectious, to the point where it’s impossible to watch them in a scene together without beaming from ear to ear.

Whether it’s Miles shouting ‘Pillock!’ and hurling a wrench at Shelby’s head, or the pair working together against the Ford suits, their every interaction is a delight. 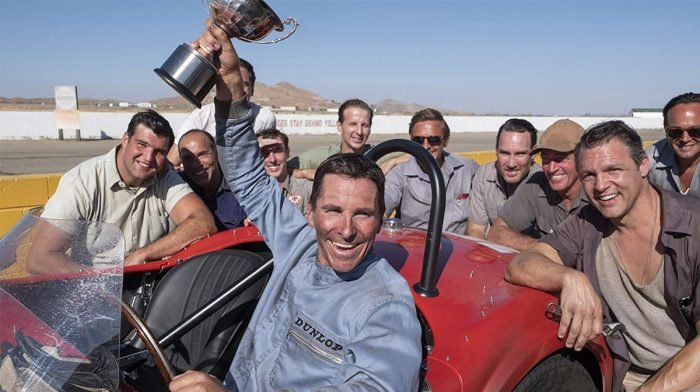 On top of that, Damon and Bale are both on top form with their performances – so much so that it’s a surprise that they missed out on acting nominations.

Bale’s commitment to his Brummie accent is especially pleasing for British audiences (in reality, Miles was a lot plummier, but that’s by the by), while Damon goes full Tommy Lee Jones for his portrayal of Texan Shelby – what’s the betting he kept that Stetson after the shoot ended?

Mangold’s confident direction is another reason the film could pip Parasite to the post. In particular, he injects the movie with a galvanising energy that ensures the two and a half hour running time races past. 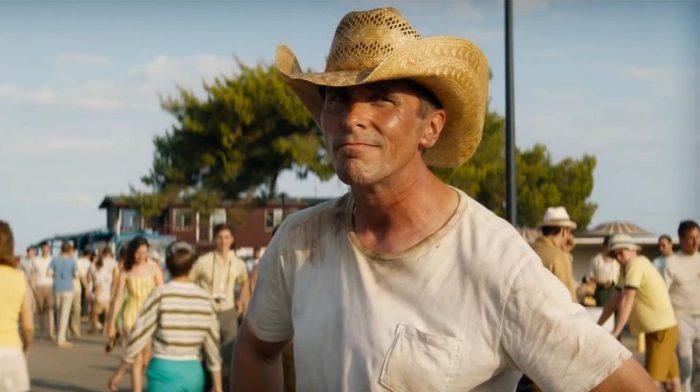 Of course, any film about motorcars is going to stand or fall on the quality of its racing sequences, and it’s here where Le Mans ’66 really pushes things up a gear. Mangold makes each race scene both distinctive and thrilling, lending edge-of-your seat tension to the competition scenes, even if you’re a die-hard petrol-head and already know the outcome.

In addition, the film is packed with memorable scenes, ensuring there’ll be no shortage of options when it comes to Oscar clips.

Highlights include Shelby locking Beebe in an office and taking sceptical Ford for a super-fast test drive (in a perfect world, Letts’ wonderful reaction would have earned him a Best Supporting Actor nomination), and Miles insisting on having a nice cup of tea during a crucial pit-stop.

Hollywood also loves a success story at the box office (Green Book once again) and Le Mans ’66 delivered on that front too, taking in $220 million worldwide and generating strong word of mouth. 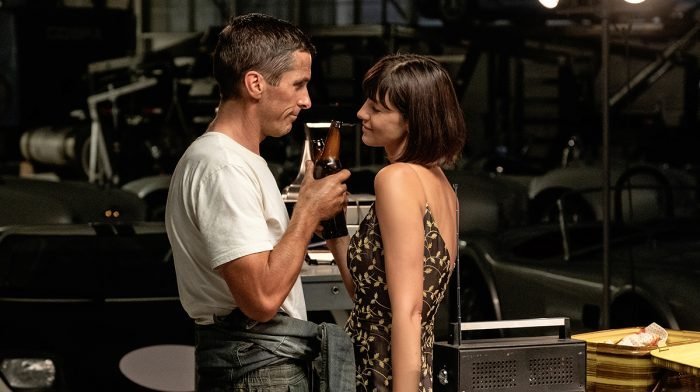 The film might have been ignored in all the other main categories, but at least the Academy took notice of its technical aspects.

Accordingly, it picked up a trio of nominations for Editing, Sound Editing and Sound Mixing, in addition to its Best Picture nom, and if you were lucky enough to see the film in a cinema with a decent sound system you’d be hard pressed to deny it those awards, given the amount of high quality, room-shaking ‘VROOOOMS’ it delivers, effectively recreating the track-side experience, but from the comfort of your cinema seat.

In short, Le Mans ’66 definitely has the horse-power to get it across the finishing line come Oscar night and with a favourable wind, it should win. Get that chequered flag ready.