After years of waiting, we’ve finally got our first look at The Flash courtesy of DC FanDome.

Barry Allen’s debut solo film starring a returning Ezra Miller in the titular role is currently speeding through production, ahead of a November 2022 release.

A short teaser for the movie received its world premiere at last night’s event, and gave a big insight into how the movie will dramatically alter the timeline of the DCEU.

We break down the trailer in full, scene by scene. 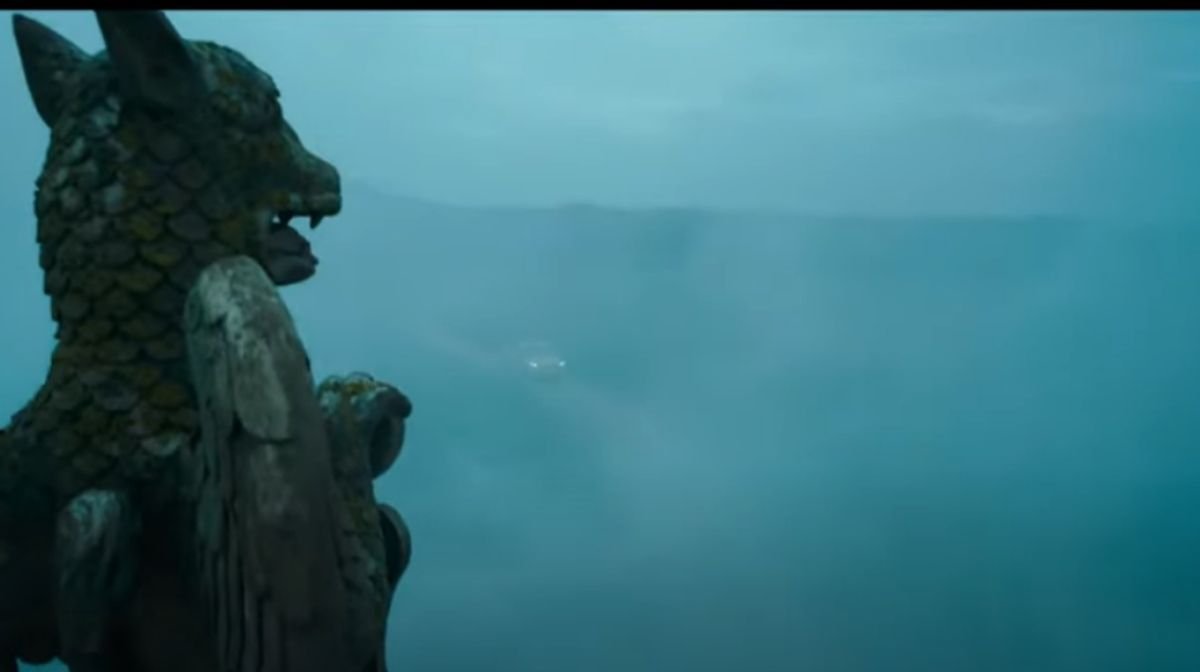 The first scene in the trailer sets up the multiple timelines that are in play.

Driving towards what appears to be Wayne Manor, two different versions of Barry Allen appear – one with longer hair, and one with shorter hair who seems to be the same Flash we last saw in Justice League. 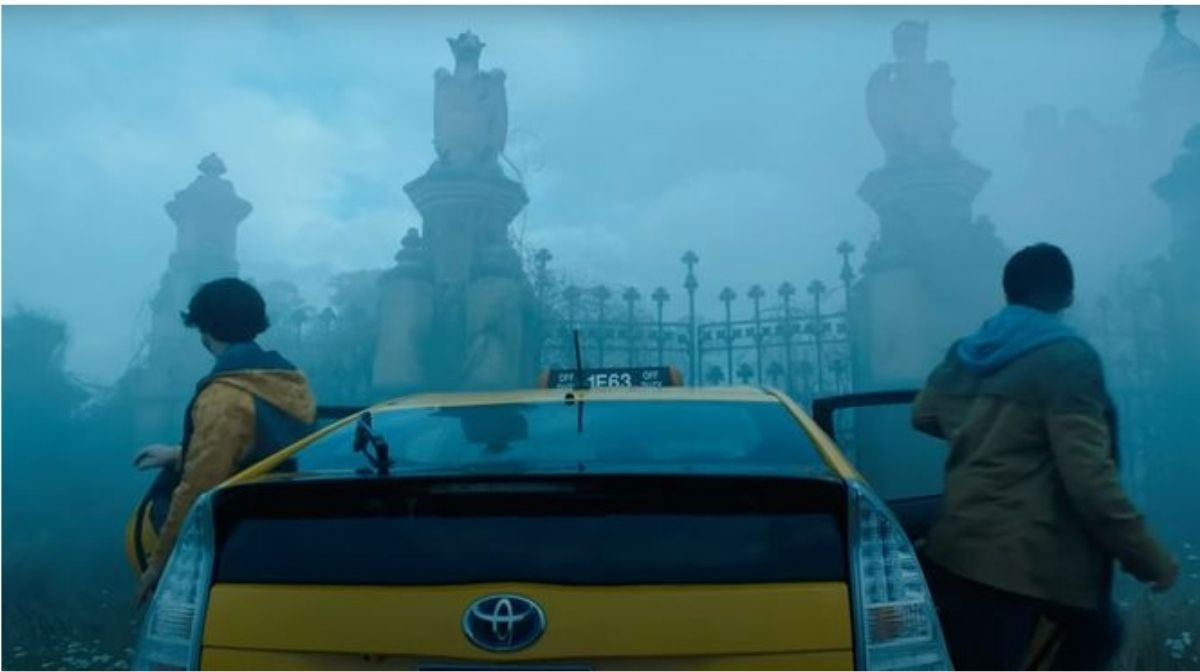 Over the top of this scene, we have voiceover from Batman – but not Ben Affleck’s Batman. Instead, we hear Michael Keaton’s dulcet tones (yes, he’s back as Batman) telling us: “You can go anywhere you want… any time, any universe”.

In this universe, it seems like Batman and Flash are close friends, and that this moment takes place after our Flash has crossed dimensions. 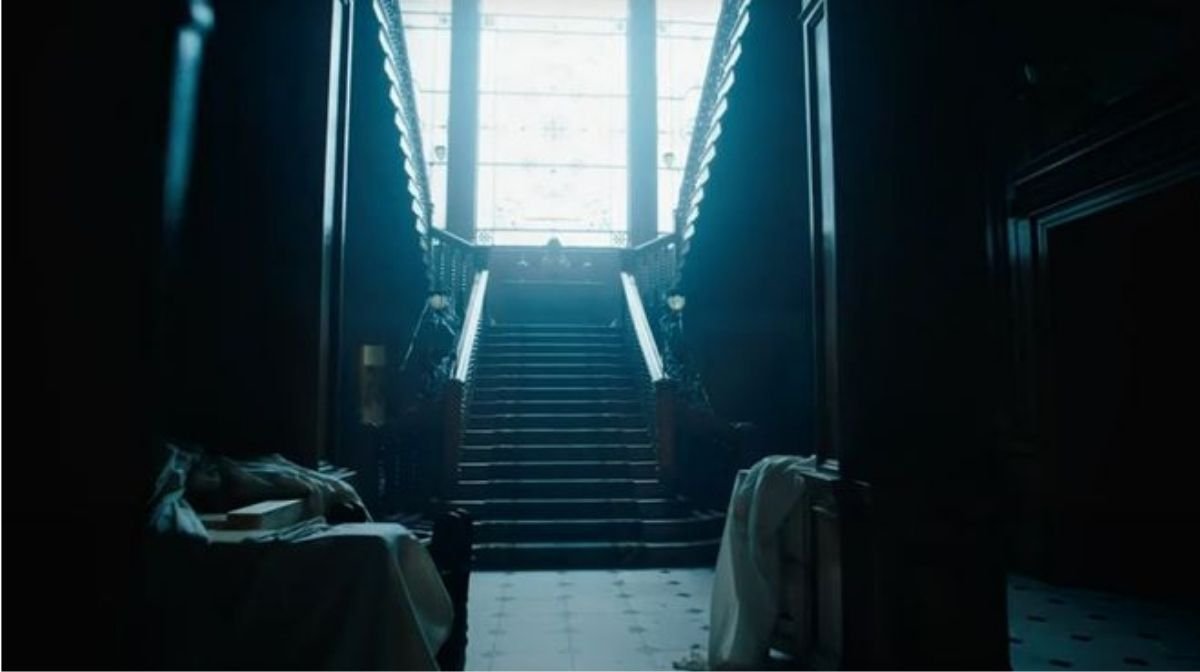 Stepping inside Wayne Manor, via a point-of-view shot from both Flashes, we see that Bruce Wayne’s home has been long run down.

This is another sign that this is the home of Keaton’s Batman and not Affleck’s Batman, who was still a billionaire at the end of Justice League. 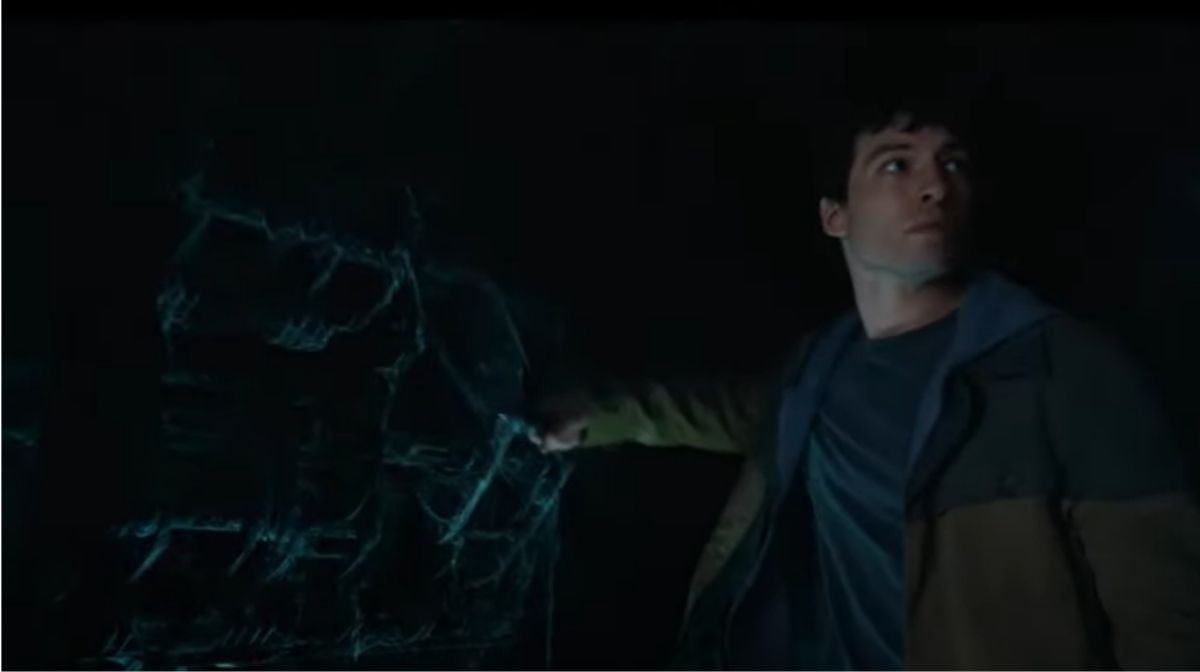 The trailer goes on to suggest the two Flashes are here to help revive Wayne Manor, hitting an electrical switch to lighten the home back up.

As with several scenes later in the teaser, it seems to suggest that the pair will be using the home as their ‘base’ for the movie.

Back To Barry’s Past 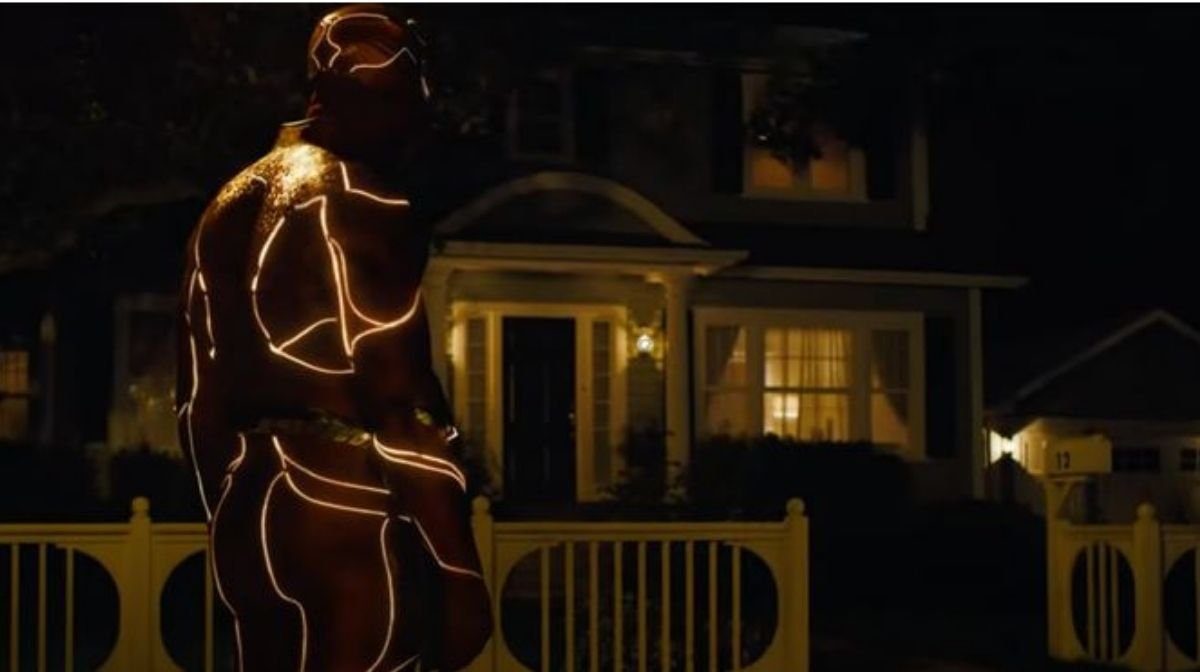 The next scene immediately follows Barry pulling the lever to light up Wayne Manor, transitioning to him in the new Flash suit, outside his childhood home.

With the voiceover from Keaton saying “any universe” just as this scene happens, it suggests that the film is an adaptation of the Flashpoint storyline from the comics. 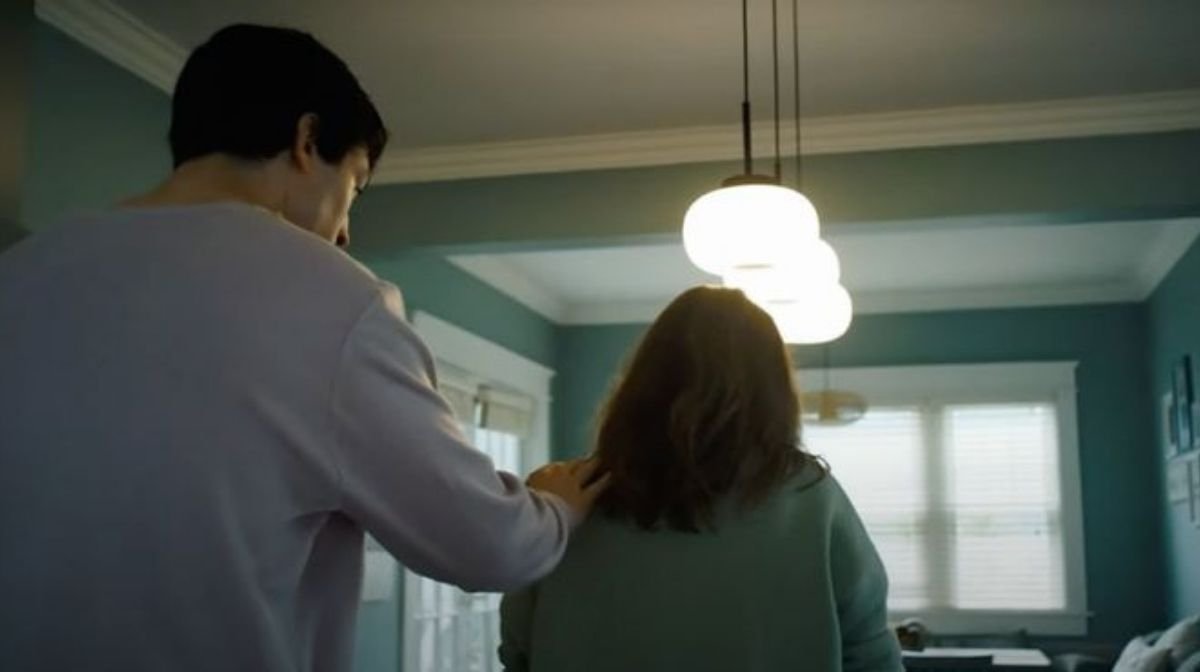 This is where Barry went back to the past to stop his mother’s murder, only to trigger a chain of catastrophic events in the future.

The appearance of Nora Allen signals this is where the story will be going.

Our First Glimpse Of Michael Keaton? 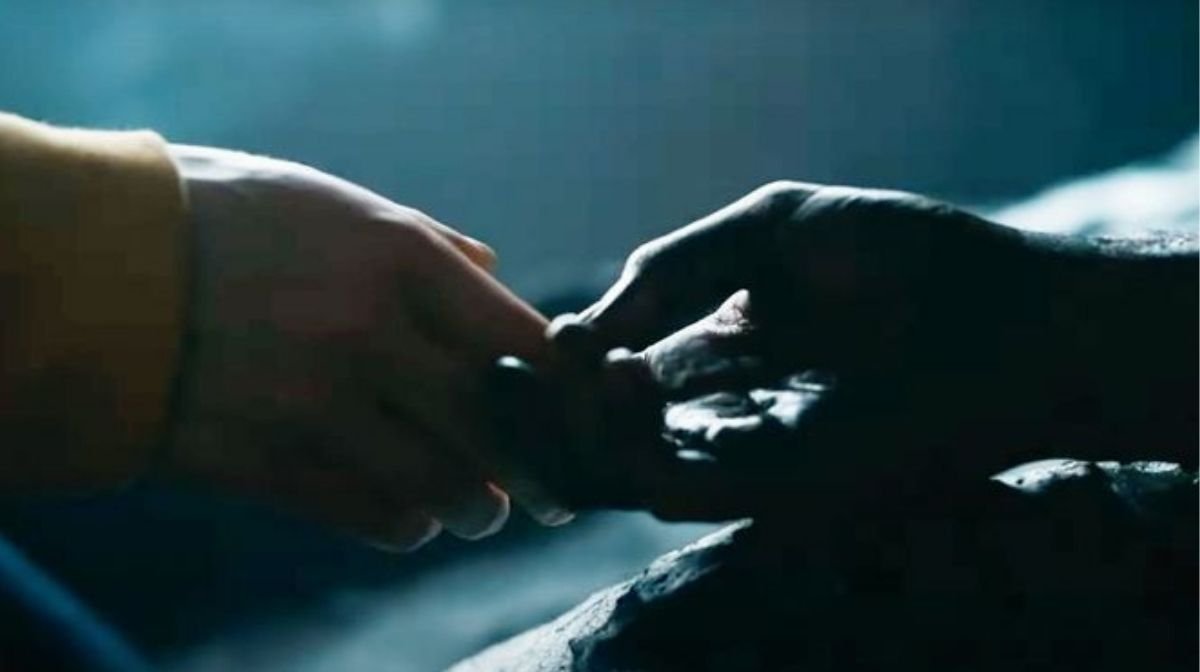 We then cut to this moment, which shows Barry reaching out to a large hand, which appears to be that of Keaton’s Batman. Due to the framing of the shot, could this be his death scene?

A split second later we see Batman’s cowl lying bloody on the ground, as the voiceover tells Barry “you changed the future”.

Some have pointed out that this cowl misses the eyebrow arches of Keaton’s Batman costume, so could this belong to Affleck’s caped crusader?

An Origin Story In Disguise? 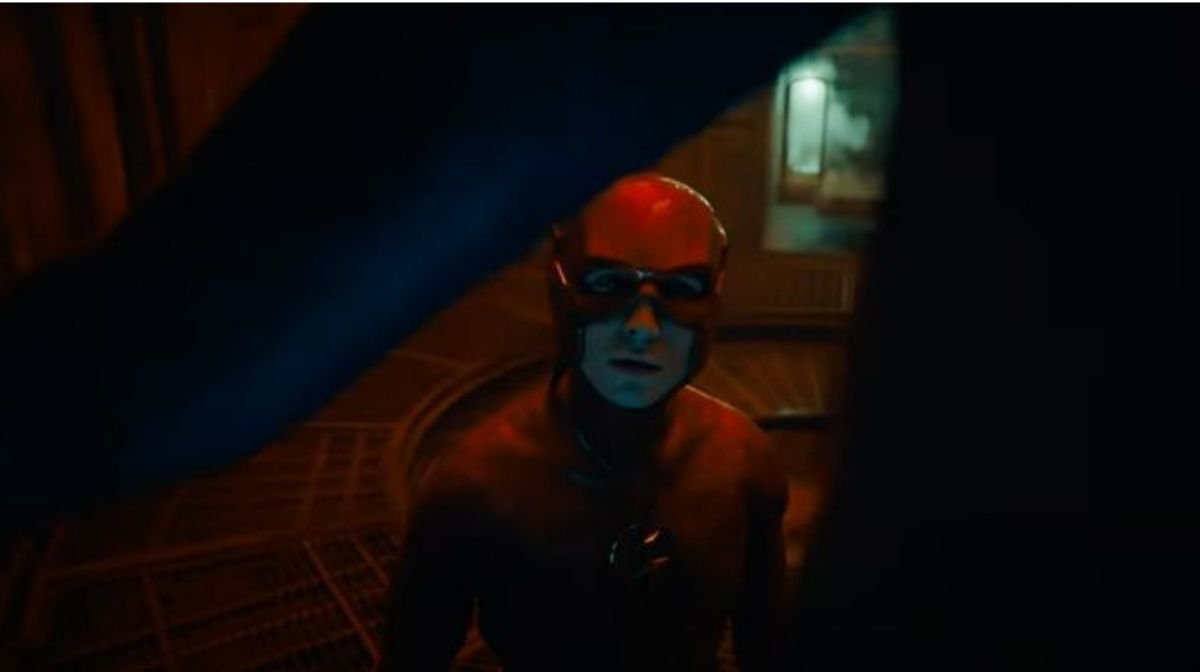 In the comics, The Flash got his powers from an accident in Star Labs, and a brief shot in the trailer shows Barry standing in the middle of a room that many would be quick to identify as the site.

Is this The Flash’s origin story, or in this timeline skewering film, are we instead getting an alternate look at how this happened?

The voiceover does say “you changed the past” as this shot plays out, after all.

Our Introduction To Other Characters 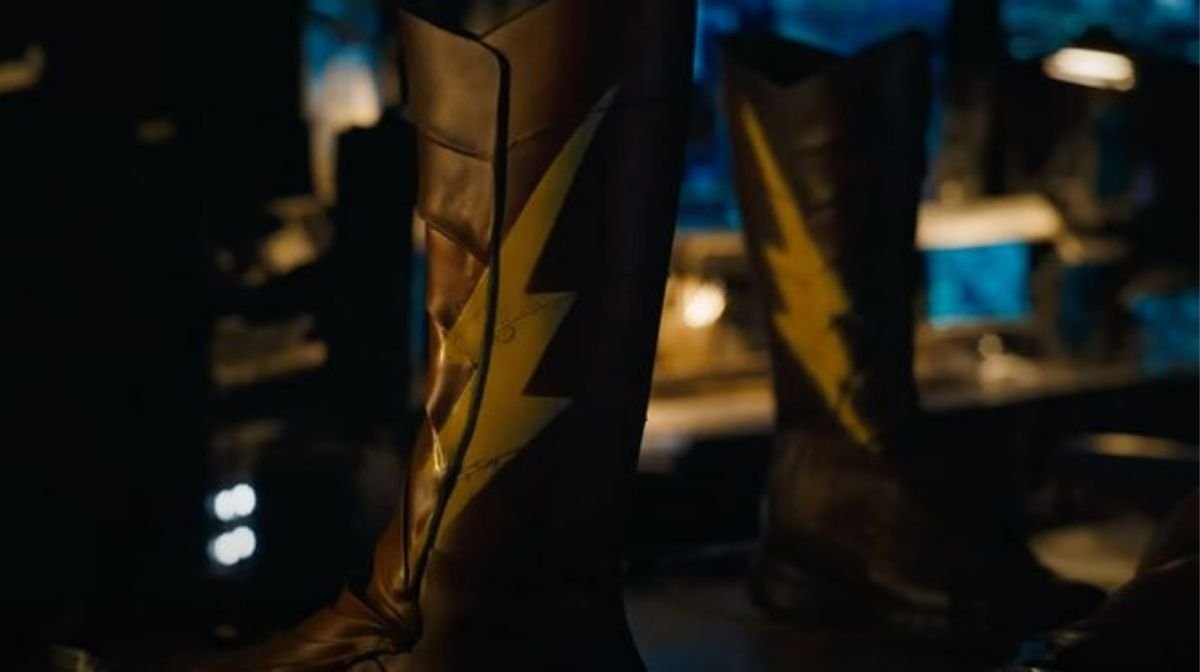 The trailer is light on characters who aren’t some version of The Flash, but a quick shot shows Sasha Calle’s Supergirl, injured and lying on a table in what appears to be Wayne Manor.

She’s being nursed by the alternate Flash, who in the next scene is shown wearing red boots with spray painted lightning flashes – which, in the comics, belong to Jay Garrick, the original Flash.

Is the alternate Flash not Barry Allen at all? 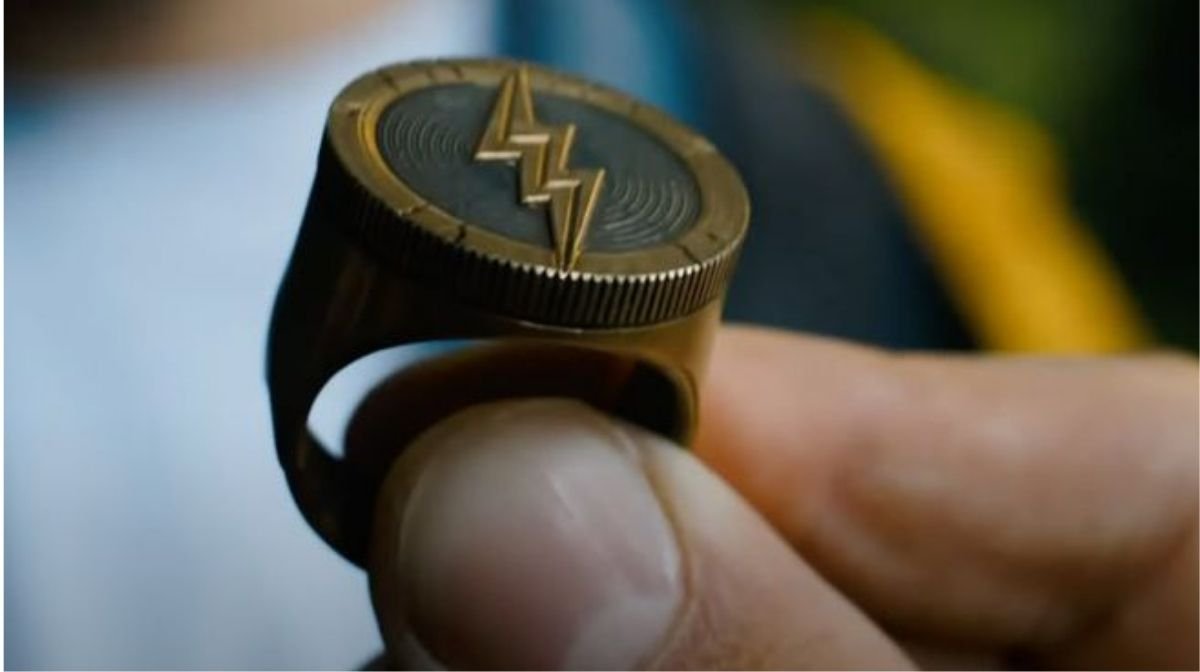 We then get a couple of things to excite fans of the comics. This starts with a look at The Flash ring, not previously depicted in the DCEU, which holds his costume – allowing him to change at super speed. 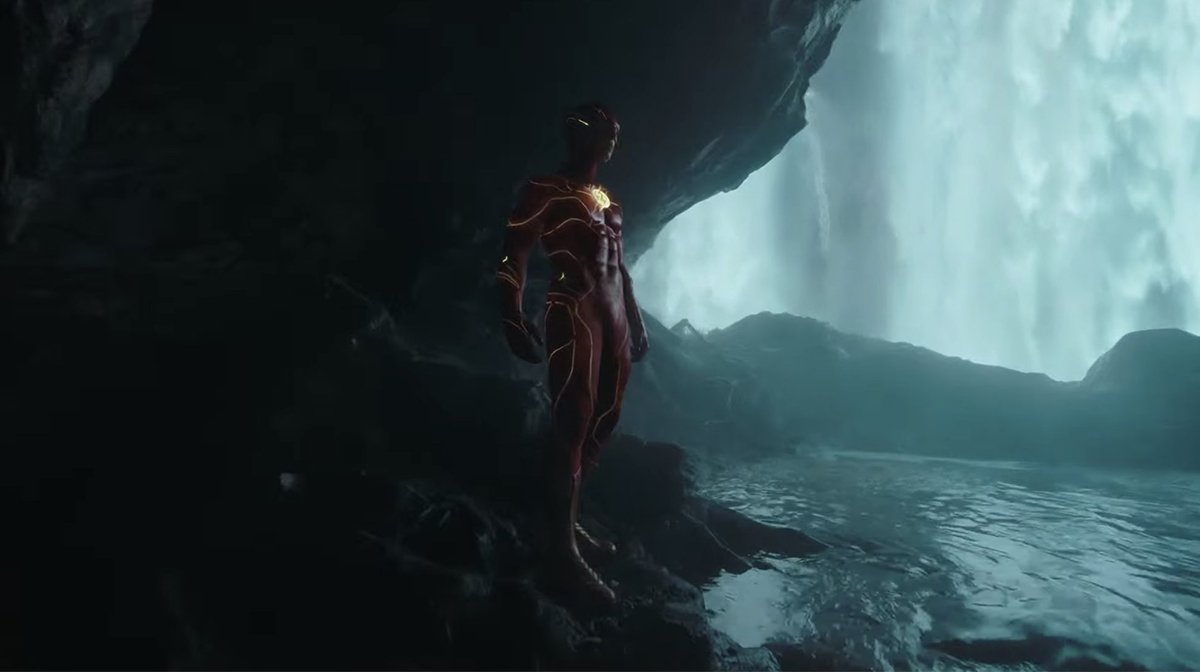 Then we enter the Batcave, where we see him in his Flashpoint suit. In this movie, could both be tech created by Bruce Wayne himself? 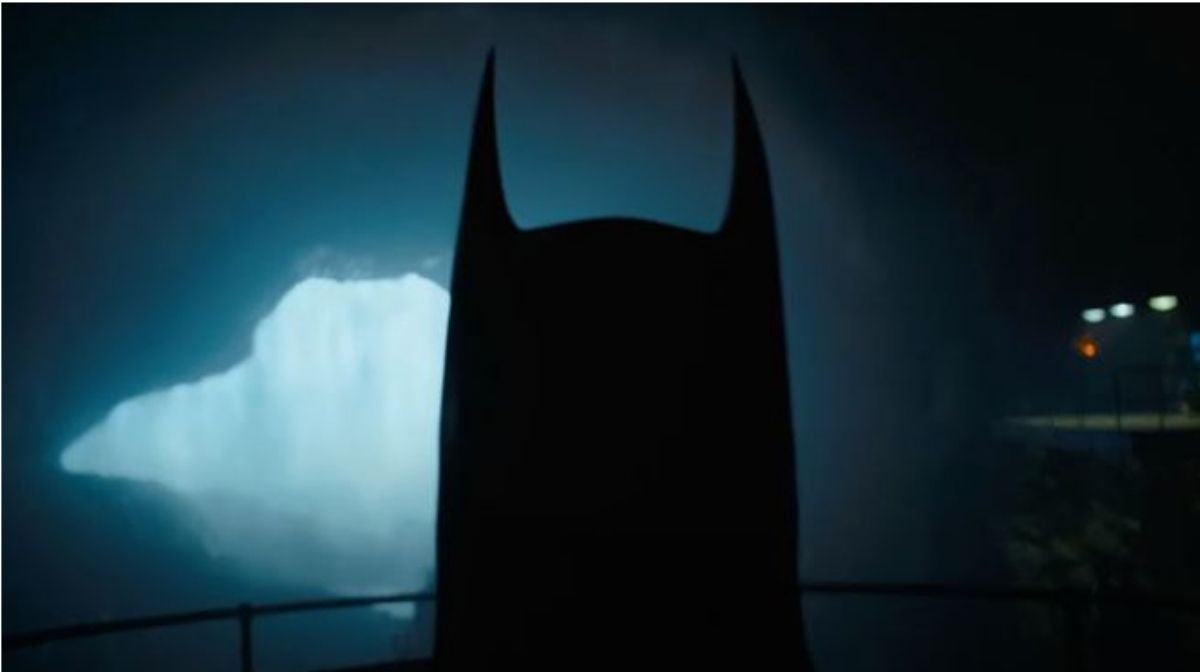 Then, we get to see Michael Keaton’s famous Batman costume from behind, in mysterious silhouette.

This is immediately followed by The Flash trio asking somebody offscreen “you in?” – implying Keaton is being recruited to join his team. 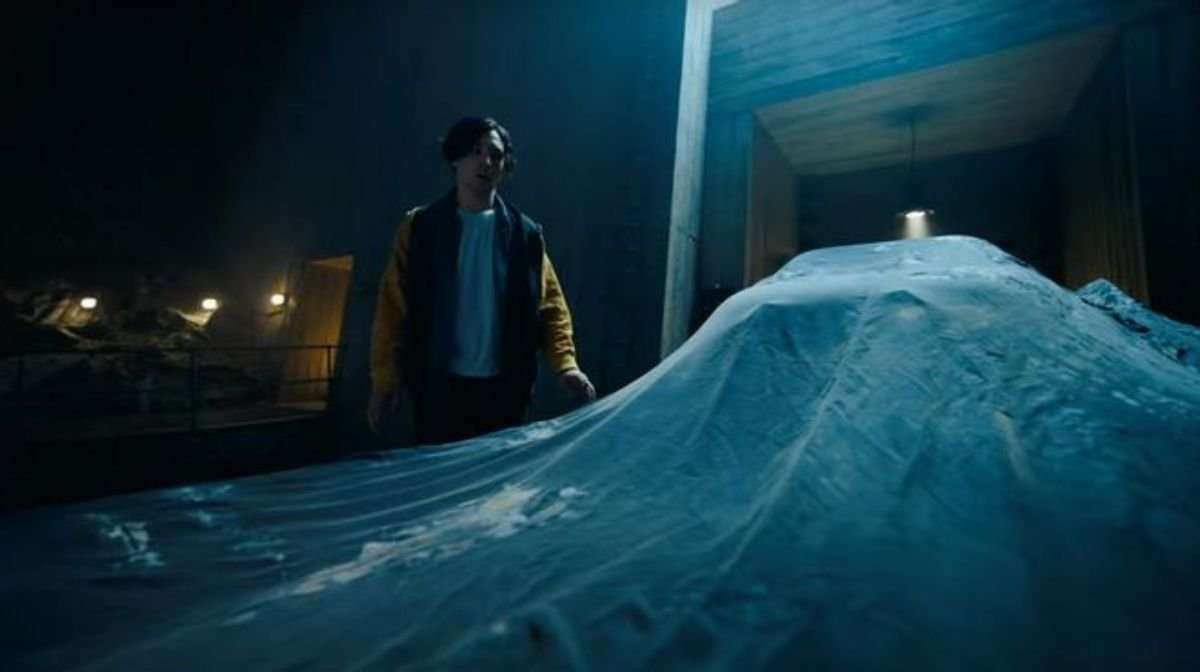 Finally, we glimpse alternate Flash pulling tarp off what appears to be the Batmobile, which we don’t see, only witnessing his reaction.

Could this be the iconic Batmobile from the 1989 film? We hope so!

We’ll find out when The Flash arrives in cinemas in 2022.