Even though the credits have rolled on the Skywalker Saga, you should be rest assured that Star Wars is far from over.

It seems that the galaxy far, far away is harder to kill than Boba Fett as Disney+ charts a new era of the franchise with its impressive roster of live-action shows.

Alongside Jon Favreau’s The Mandalorian, there are upcoming projects for Cassian Andor and Obi-Wan Kenobi, as well as a mysterious female-centric series that many think is being saved for Rosario Dawson’s Ahsoka Tano. 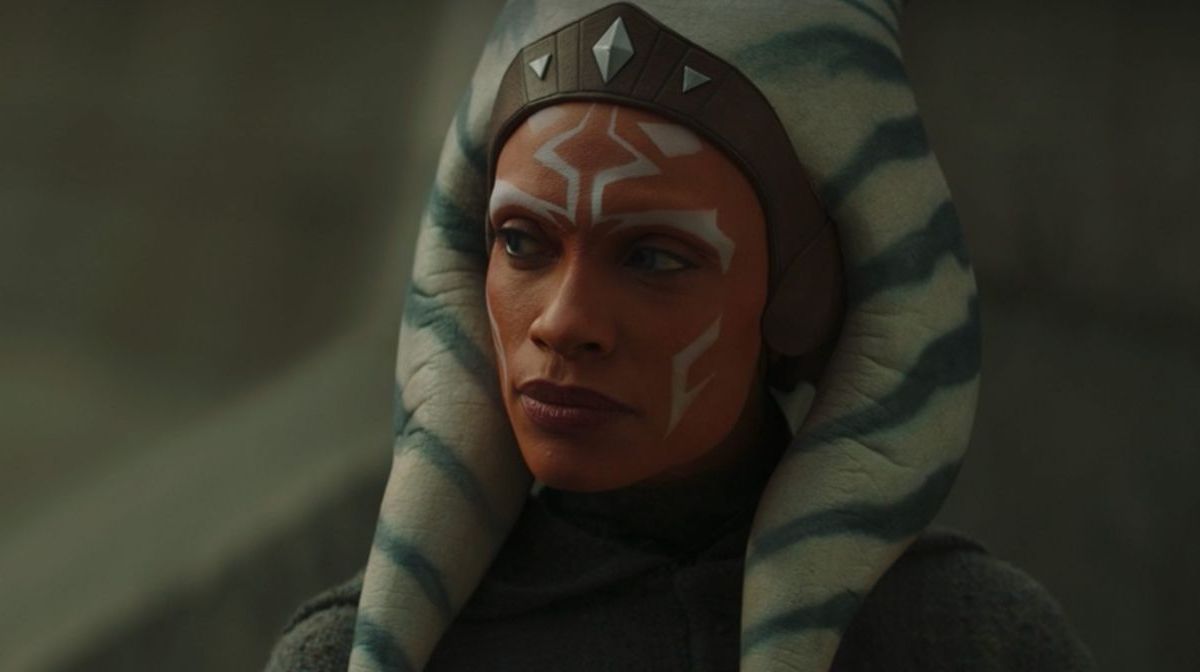 Speaking of Dawson’s long-awaited arrival as the talented Togruta, she finally made her debut in The Mandalorian season two.

The episode titled Chapter 13: The Jedi was an important step in the lore of the series, but as well as propelling Din Djarin’s story forward, it put the pieces in place for an even bigger slate of Star Wars shows.

For those who tuned in for the animated Star Wars: The Clone Wars and Star Wars: Rebels, season two of Favreau’s hit series has been a Kessel Run of canon and Easter eggs that nods to both.

With this in mind, here’s how The Mandalorian has shown the future of the franchise lies on the small screen. 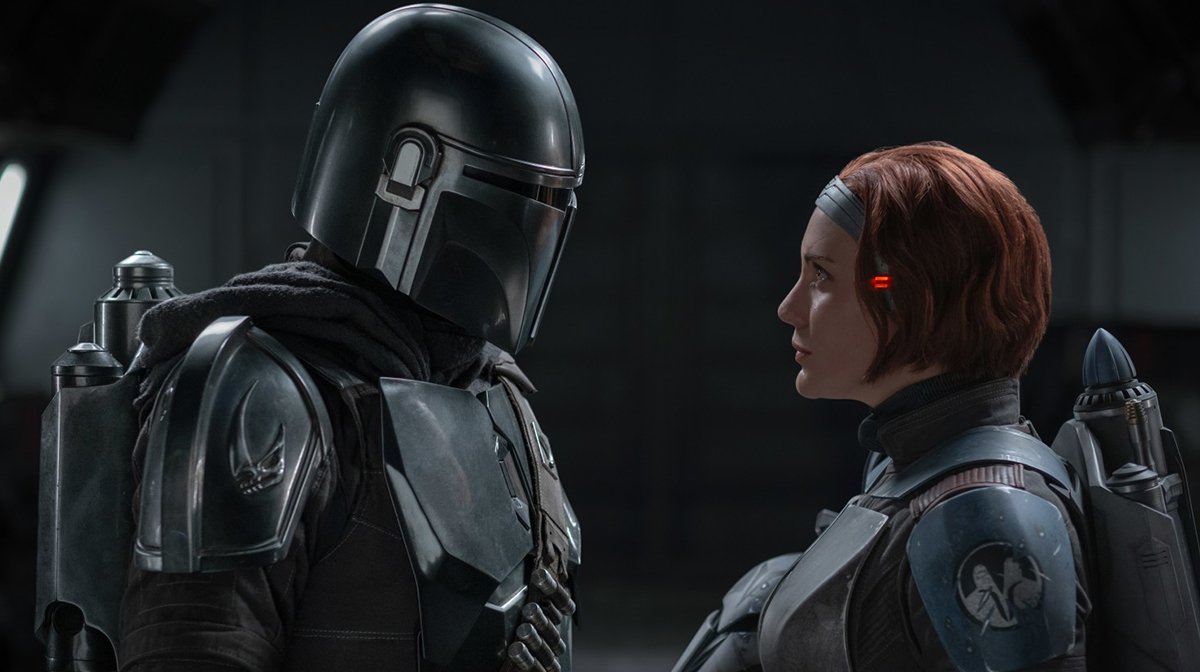 Since 1977, Star Wars has carved itself an impressive legacy. After George Lucas’ original trilogy, there was a 16-year gap before he returned for the divisive prequel trilogy, followed by it being full-stream ahead with shows and movies galore.

It was Disney’s purchase of Lucasfilm in 2012 that set the ball rolling and ushered in the current boom of Star Wars fandom.

In their very own Outer Rim of stories, The Clone Wars and Rebels shows have also bolstered the franchise’s name but failed to properly break into the mainstream… yet! 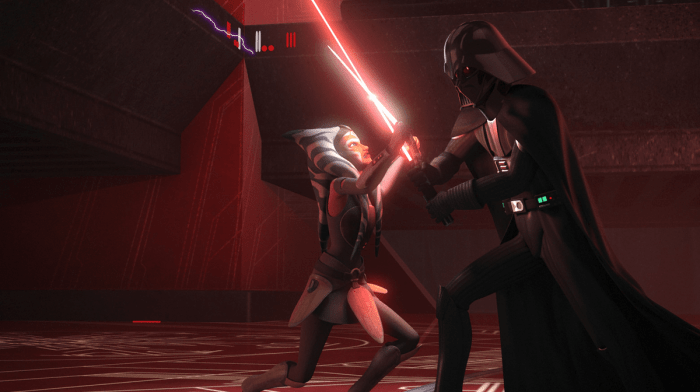 Despite the animated shows sitting in a very different corner of the cosmos, Dave Filoni’s (the man behind Clone Wars and Rebels) involvement in The Mandalorian has helped bring these beloved offshoots to life in live-action.

Looking specifically at The Jedi, which Filoni directed, the episode once again piqued our interest in another potential spin-off.

Just like the name drop of Ahsoka Tano in a previous episode, Filoni set up the arrival of Grand Admiral Thrawn. For those not clued up on their Rebels history, this blue-skinned baddie caused problems for lead character Ezra Bridger and the crew of the Ghost.

Both Bridger and Thrawn have been MIA since a giant space whale threw them across hyperspace in the Rebels finale, however, Filoni has previously assured us they’re out there somewhere. 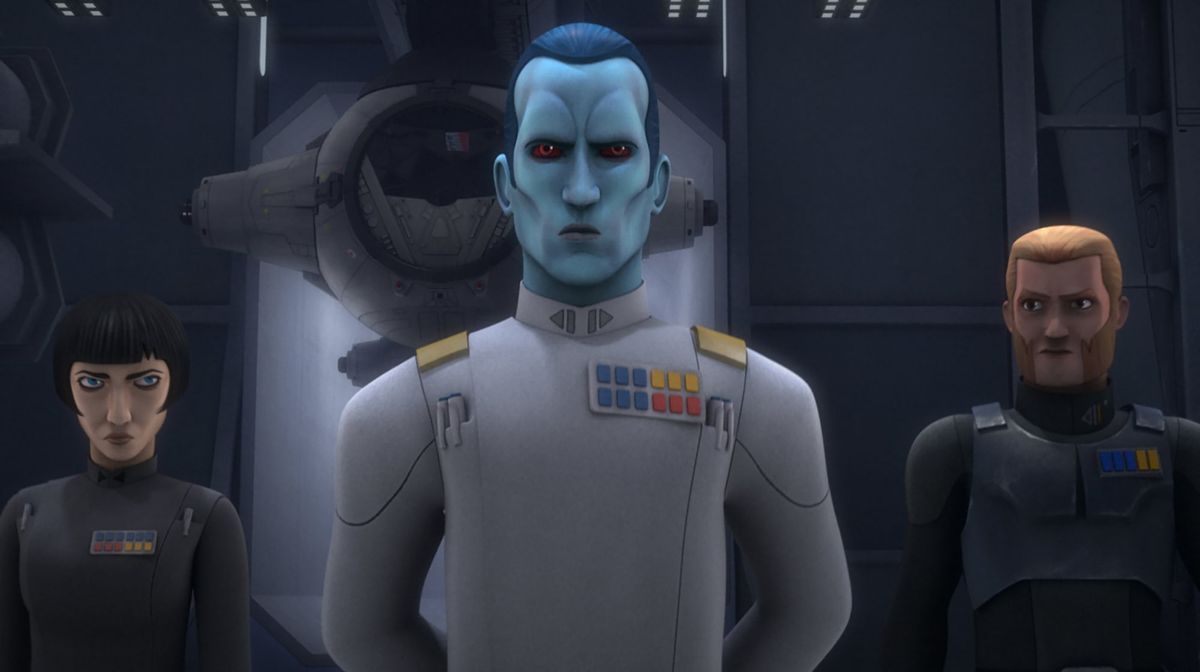 Although the Ghost appeared for a blink-and-you’ll-miss-it cameo in Star Wars: The Rise of the Skywalker (doubling down on making Rebels official canon), we never got to see who was flying it.

The arrival of Thrawn in The Mandalorian is huge news, which could make him an even bigger villain than Moff Gideon.

That being said, with Giancarlo Esposito continuing his sinister streak from Breaking Bad, things are looking a little crowded in The Mandalorian.

An altogether more promising idea would be to give Thrawn his own spin-off and deliver the live-action Rebels sequel we’ve always hoped for. 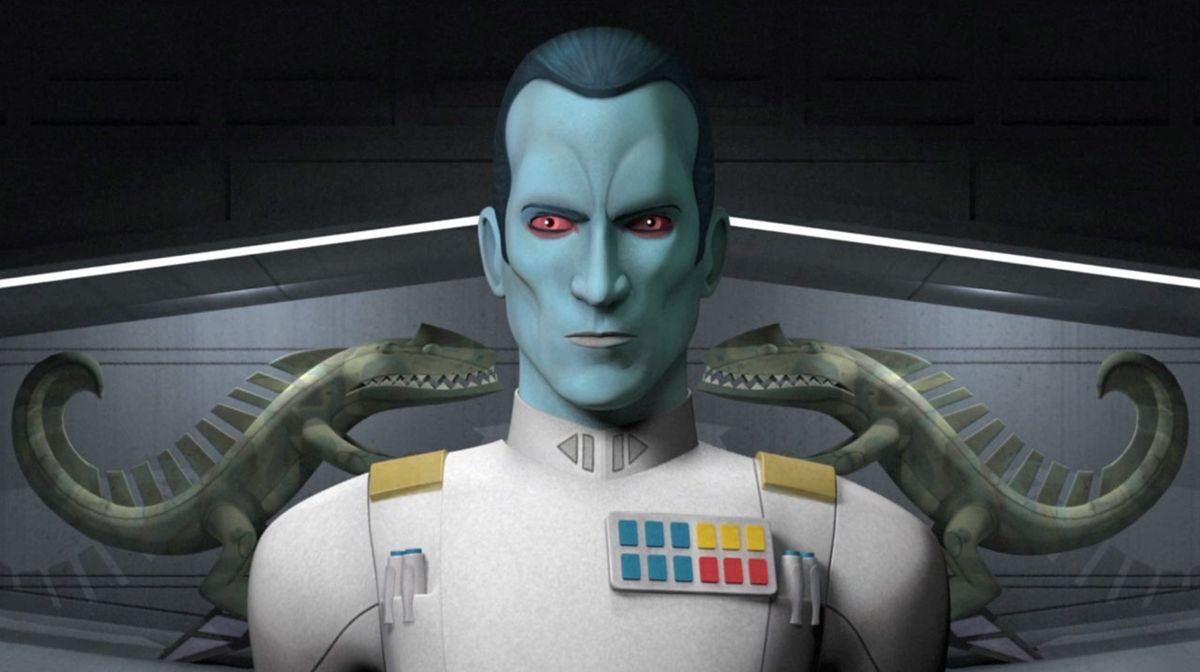 But what about the future of Star Wars on the silver screen? While the sequel trilogy received a mixed reaction from audiences, there’s no escaping the fact all three entries pulled in the big bucks.

Thankfully, the success of The Mandalorian has shown we don’t need bums on seats in cinemas to make the most of Lucas’ ever-expanding world. 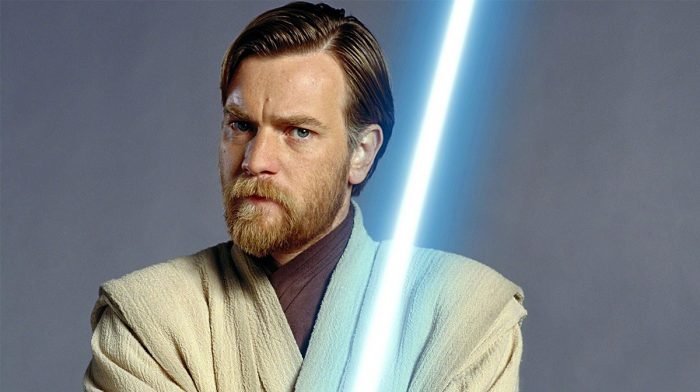 Currently, Lucasfilm President Kathleen Kennedy has no plans to release any more anthology movies, leading to questions about when we’ll next see Star Wars at the box office.

But television wise, there’s a growing number of fans who are championing the long-forgotten seeds of a Boba Fett project to be revisited for a series.

Temuera Morrison’s casting in season two was one of The Mandalorian’s biggest surprises, and while the character has only briefly been glimpsed at the start of the stellar season opening, there’s clearly a story to tell.

Fett surviving the Sarlacc pit was once confined to the axed Expanded Universe, but in another smart move, Favreau has brought him back to canon. 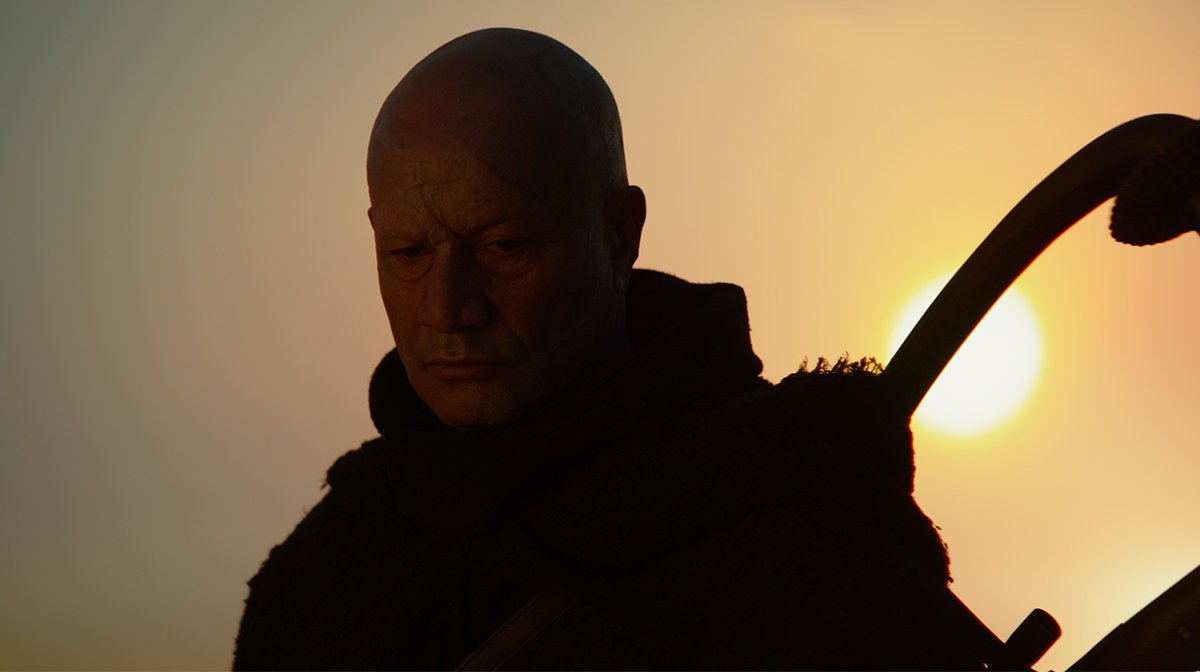 As it stands, it would be easier to name The Mandalorian characters who haven’t been rumoured to get their own spin-off.

As well as whispers Ahsoka will get her time to shine in her own solo series, Boba Fett’s return to canon is screaming out for a standalone, while Katee Sackhoff reprising her role as Bo-Katan Kryze for the first time in live-action has also tipped her to be a major player in this world.

The question is, when is enough, enough? 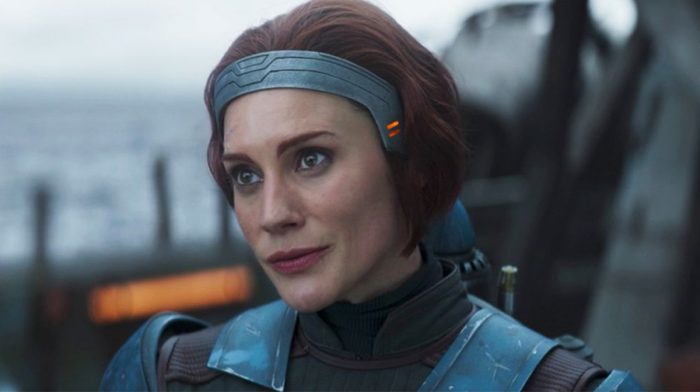 It makes sense that Kathleen Kennedy, president of Lucasfilm, moves forward with Ahsoka and Boba Fett spin-offs to fill in the gaps of these fan-favourites, but beyond that, who has the chops to stand up on their own?

Plenty would love to see Sackhoff lead a Bo-Katan show, but then there’s the argument about what it would show that can’t be done through her returning on The Mandalorian.

Added to this, Sackhoff recently shot down the idea of a Bo-Katan and Cara Dune buddy show. The Battlestar Galactica legend told Deadline, “I have absolutely no idea what you’re talking about; that’s legitimately the truth.” 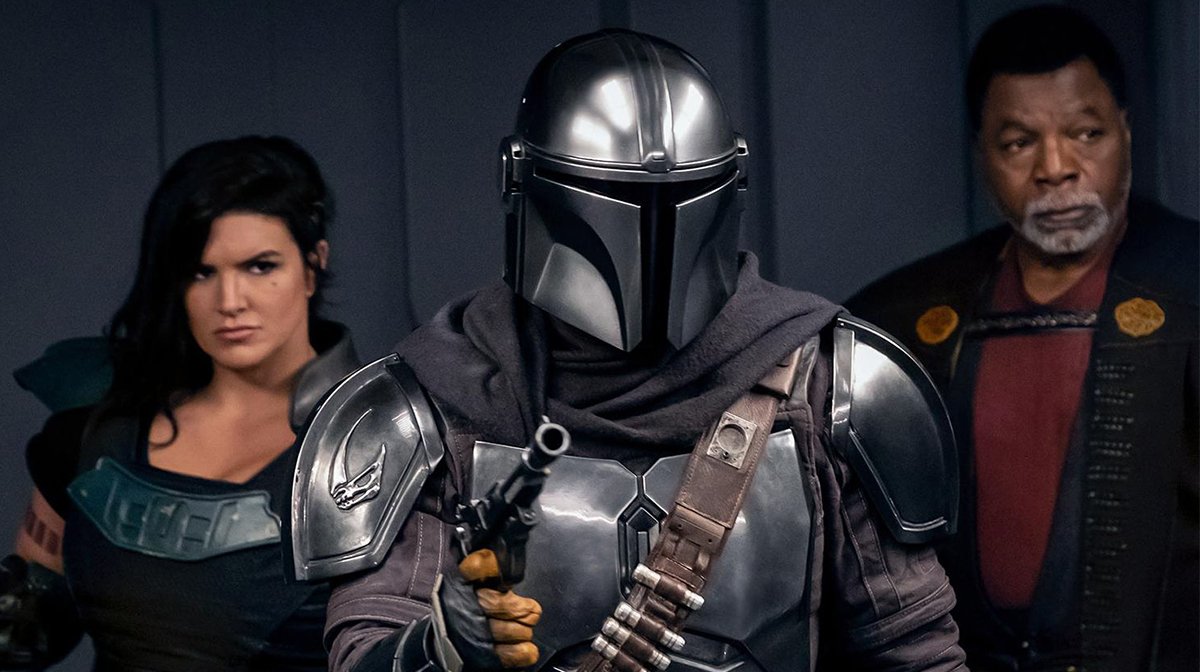 The problem is, The Mandalorian has become a victim of its own success, meaning every little cameo and name drop sends the rumour mill into overdrive that someone will be getting a spin-off.

As with all these things, it’s key that Kennedy and co. don’t get too greedy. Those at the top should ask whether a story needs telling or is it just a cheap cash-in.

Looking at Ahsoka, Thrawn, and Bridger, all had lingering plot threads from Rebels, while Bo-Katan also has plenty of potential to go somewhere new following The Clone Wars’ finale.

It’s much of the same for Boba Fett. You can make the argument for Cara Dune, whereas there’s a feeling that Greef Carga is better suited to being a supporting character in The Mandalorian. 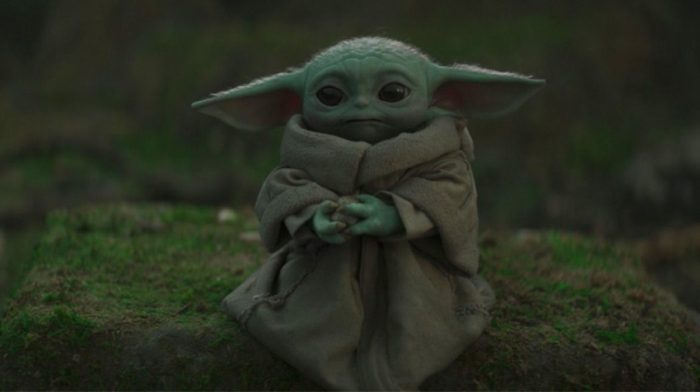 Ultimately, Disney has its plate full with an already impressive line-up of Star Wars shows. There will undoubtedly be more on the horizon, but for the time being, fans are left creating fan fiction and theories about who should get their own spin-off next.

Personally, we just want to see a Mace Windu spin-off that confirms the purple lightsbaer-swinging Jedi survived his electrifying demise in Revenge Of The Sith.

Come on Kathleen, make it happen – this is the way.

The Mandalorian continues every Friday exclusively on Disney+.