With the title of Star Wars Episode 8 revealed, it left a lot of people scratching their heads. Just who is The Last Jedi? With the Star Wars logo in a deep red and director Rian Johnson claiming that this entry being the ‘darkest’ of the trilogy. This is further supported by Adam Driver, who stated that The Last Jedi is more akin to ‘The Empire Strikes Back’ than anything else. With that in mind, let’s find out what the title might be alluding to.

To get it out of the way first, we can safely assume that the title might be talking about Luke Skywalker. We last saw old Luke at the end of The Force Awakens, with a wee worried look on his face. However, before that, we saw him tackling Darth Vader at the end of Return of the Jedi. Now with a darker backstory with his protege Ben Solo turning to the dark side, we can assume that Luke ~could~ be the last Jedi. This is discounting any chance that it’s counting Kylo Ren or Snoke, who are both Sith.

I hate to get all pedantic, but the plural of Jedi is also Jedi, so it’s entirely possible that the title alludes to not just one single Jedi, but the Jedi as a whole. With this interpretation, it’s entirely possible that the title is saying that Luke Skywalker could reintroduce the Jedi order, and almost surely take Rey under his wing to start training. Additionally, with Kylo Ren’s internal struggle we saw in the previous film, we can see that the character is still fallible. Even after the murdering his father, Kylo Ren could still come back to the other side of the force and join up with Luke and Rey to battle Snoke.

Could The Last Jedi be Kylo Ren or Rey?

Arguably, Kylo Ren could be the most interesting character in the new trilogy, simply because of how multifaceted his character is. With a fleshed-out backstory, Ren could be the darkness that Rian Johnson hinted at. Then there is also the curious case of Rey’s parentage. From the look that we saw on Luke’s face at the end of The Force Awakens, in addition to the flashbacks we saw flags up Rey’s origins as a curious point. Alongside the reveal for Episode 8’s name, we also saw a small description, stating that The Last Jedi would be ‘The next chapter in the Skywalker Saga’.

Could it be that Rey is also a Skywalker? Could she also be part of the Skywalker heritage? This all remains to be seen, and will no doubt be answered in the forthcoming films. It could also be possible that more Jedi emerge from hiding. Jedi such as Yoda were all thought to have either been killed or exiled. After the death of Darth Vader and awakening of Luke Skywalker, it’s possible that the prophecy alluded to in the prequel trilogy of ‘The Chosen One’ might not be Luke at all. It could be Kylo Ren, it could be Rey. The simple answer is that no one really knows yet.

Could the film’s titles run into a sentence? 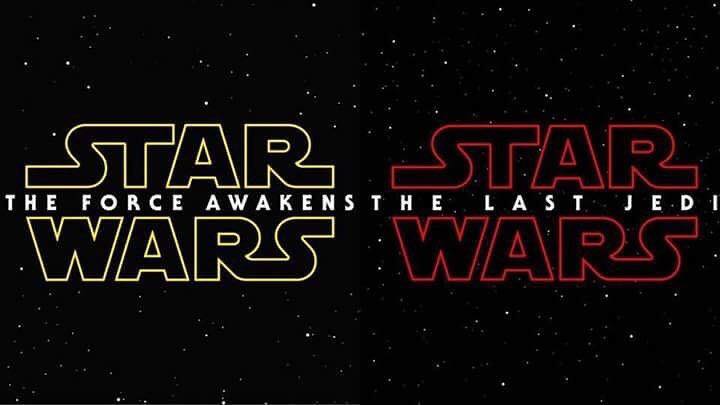 It’s also possible that the two titles run on into a sentence that so far makes: ‘The Force awakens the last Jedi” – While some might be skeptics, this is actually pretty plausible. But the real question is; What is the outcome of awakening The Last Jedi? How can we tell that Luke is not overwrought by grief after Kylo Ren’s ruthless slaughter of his students? Is it even Luke that we should really be looking at when they refer to ‘The Last Jedi’?

Coming back to the core of the question; Who is the Last Jedi? The films revolve around a strong core set of characters, which means that their stories can weave in and out of each other without much issue at all. The Last Jedi could be anyone, but the most likely candidates are Luke, Kylo Ren and Rey. It’s hard to see what other characters might emerge in the series and is highly unlikely. The sequel trilogy so far is looking to be tight and focused, so a new Jedi sounds unlikely. We’ve already met The Last Jedi, but it’ll take a little bit more to understand just who they are for sure.