The second decade of the 21st century has been marked by an explosion in the popularity of social media. We use these platforms and applications to organise almost every facet of our lives, from grocery shopping, to remembering the birthdays of loved ones, to finding romantic partners.

While this newfound technology has made life easier in many ways, there are growing concerns over how our never-ending connection to it is impacting the world around us.

The increasing popularity of internet dating and apps has created a world where human interaction has been reduced to a meat market where people are commodified and selected as products, rather than potential meaningful connections. 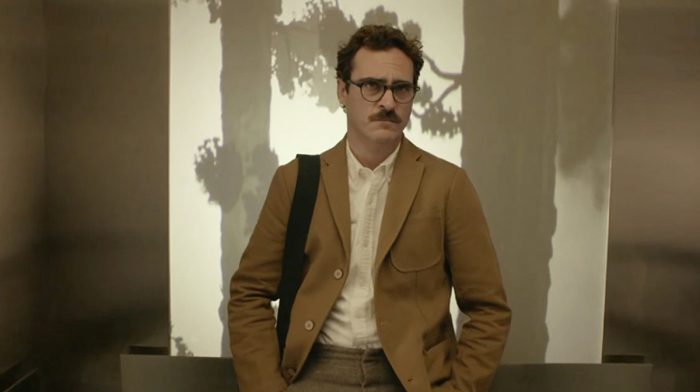 This major shift in how people seek out and find partners seems to be having an increasingly deleterious effect on relationships. Social media has given us more of an audience than ever before, but reports of loneliness continue to rise.

Her, Spike Jonze’s film set in futuristic Los Angeles, feels like a cinematic treatise on love in the age of technology as it follows Theodore (Joaquin Phoenix) after his purchase of an advanced, new, operating system for his smartphone called OS1, or ‘Samantha’ colloquially (voiced by Scarlett Johansson), that he subsequently falls in love with.

The love affair between man and machine is a metaphor examining our increasingly technologically dominated lives in real-time, and a satirical warning against where this trend could head.

A commercial for OS1 subtly hints at this, depicting people wandering aimlessly on a beach until a voice begins to tell them about ‘the first artificially intelligent operating system; an intuitive entity that listens to you, understands you, and knows you.’ 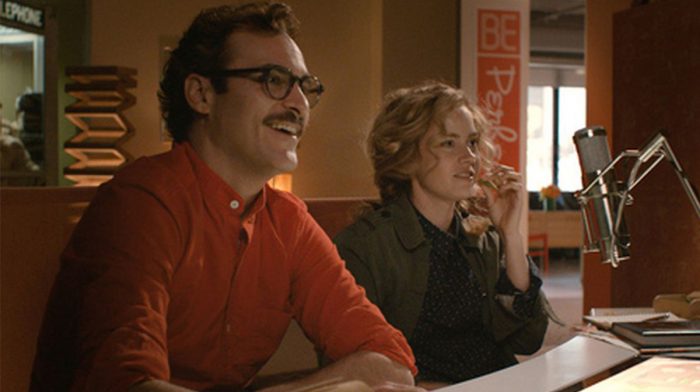 Upon its release, the average reaction to Her’s premise was that it was ridiculous on its face; a human being in love with a computer? What is that?

But in the years following the release of the film, we now see that perhaps its message was more prescient than many believed when first hearing of it.

Many times, art is at the forefront of examining our society and holding a mirror up to us all, forcing us to analyse and consider how we think and behave.

Her’s brilliance and enduring resonance lies in how it delves into how we’ve changed as a society as a result of the technological advances we’ve made, and whether the technology that we’ve accepted as having had an endless positive effect on our lives, may also be hurting us as well. 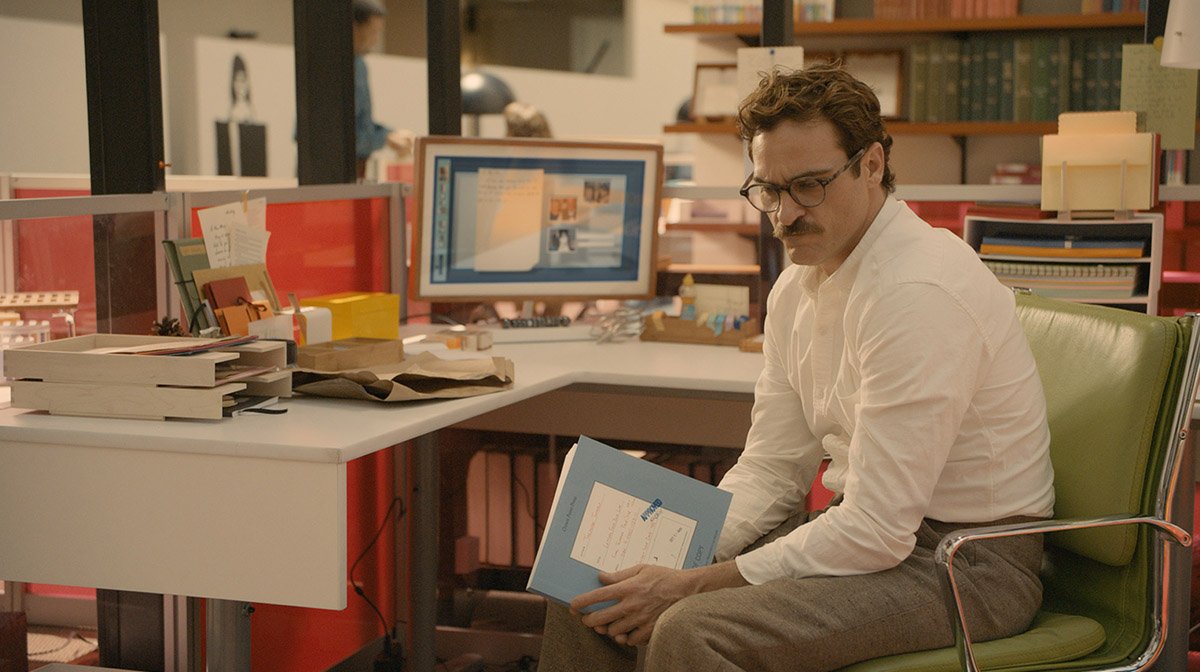 The film’s opening, with Theodore at his job as a writer for hire for people who want to send love letters to their partners, jumps right into the film’s theme of how technological advances have disconnected human beings from one another.

In this case, the outsourcing to a faceless corporate employee of something as personal and intimate as a 50th anniversary note from a wife to a husband, an intimate retelling of all that they’ve been through and everything that he has meant to her.

We see the same in his personal life where he, while still grappling with the resulting pain of his split from ex-wife Catherine (Rooney Mara), attempts to fulfill it through a chatroom phone sex tryst with a tele-escort (voiced hilariously by Kristen Wiig). 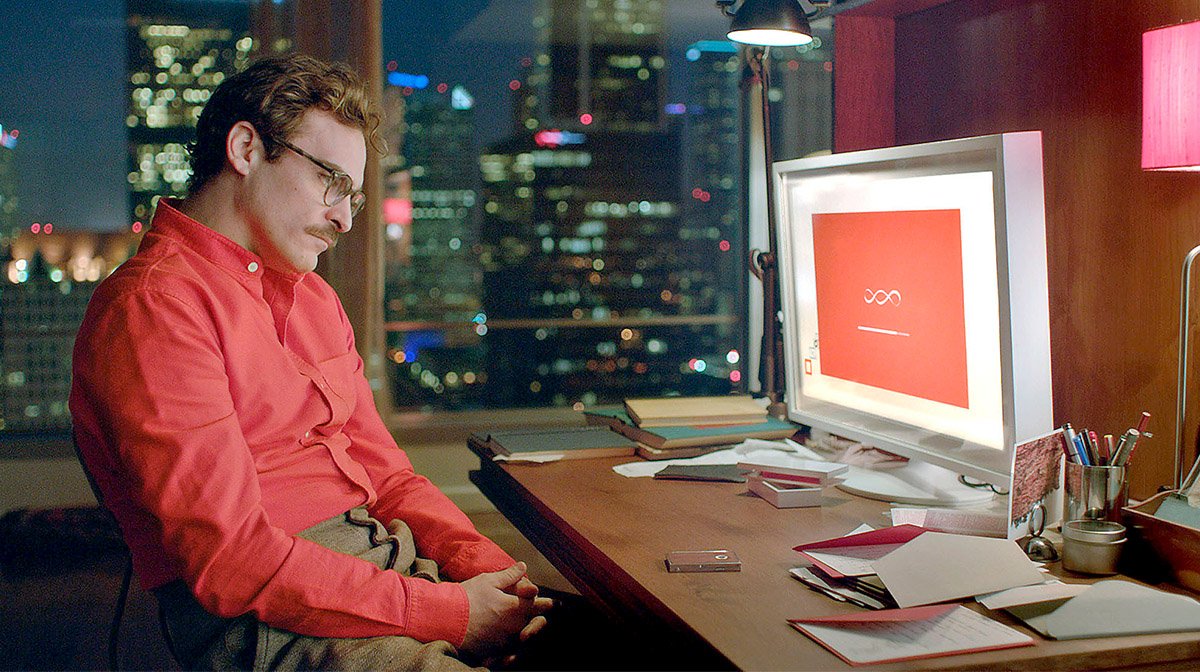 The failed tryst only underscores the cold, impersonal, robotic nature of the encounter, and leaves Theodore even more aware of his loneliness.

His retreat into technology to mask the pain from his impending divorce is unsuccessful, but indicative of a society that values the perceived safety and control of impersonal technological connection, over emotionally fraught and uncontrollable human connection.

The dissolution of his marriage has left Theodore scarred and hesitant to embark on another journey toward love and human connection since he’s all too aware of how disastrously and hurtfully it can end, and afraid that he can never again reach the highs that he had with his ex. 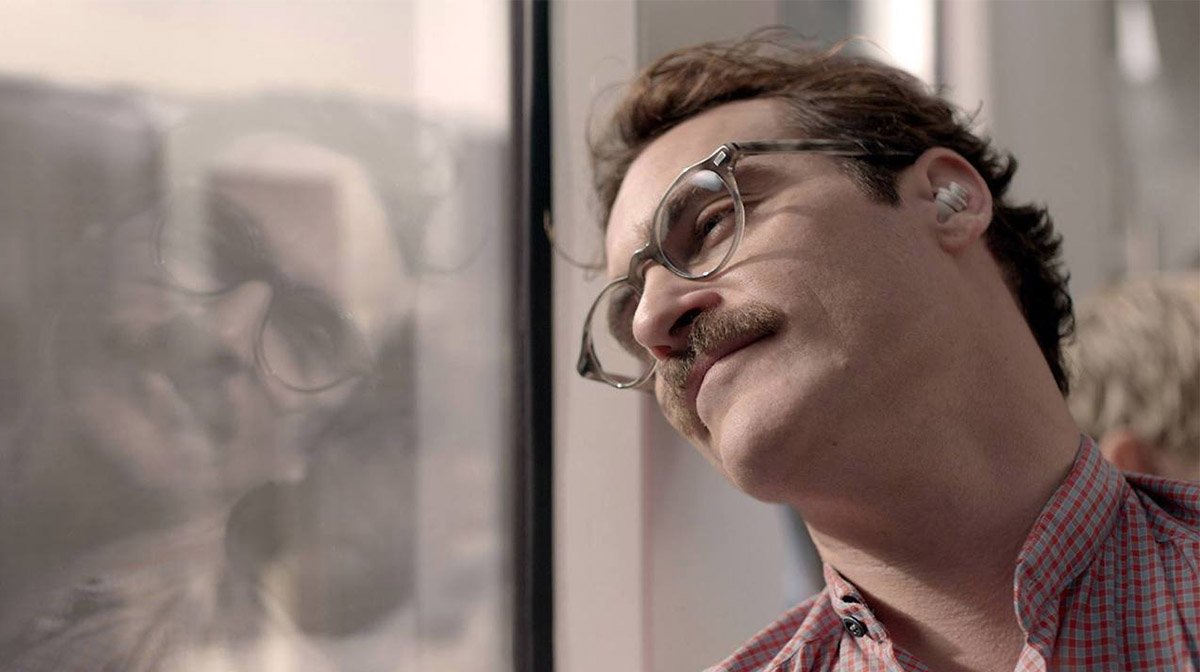 Despite this, Her does make the case that the issue of human interaction ultimately falls onto humanity itself, and isn’t simply left to the whims of the machines that we have created.

Theodore’s relationship with Samantha evolves and plays out similarly to any relationship between humans. In a humorous bit, Samantha reveals to Theodore that she also ‘sees’ 8,316 other people in her duties as an OS and has fallen in love with 641 of them.

The absurdity of that number, and Theodore’s realisation that he is surrounded by countless other men completely immersed in their phones as he is, finally breaks down the illusion that love can ever be uncomplicated.

No matter the source, when you choose to love the potential for heartache and unwieldiness will always be there. Learning how to navigate this is integral in learning how to love at all. 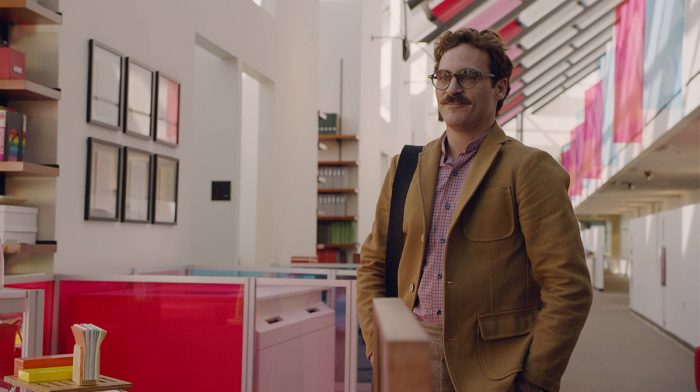 Her ends with Theodore turning to his neighbour Amy (Amy Adams) for comfort after she too sees the painful end of a tumultuous, online-based relationship that she retreated to following a heartbreak of her own.

Now free from their avoidance of human connection, the two come to realise what has been there in front of them the entire time; each other.

Her takes an unflinching look at love in the present by mapping out a distant future that serves as a warning of where relationships could go as technology increasingly claims parts of our lives. 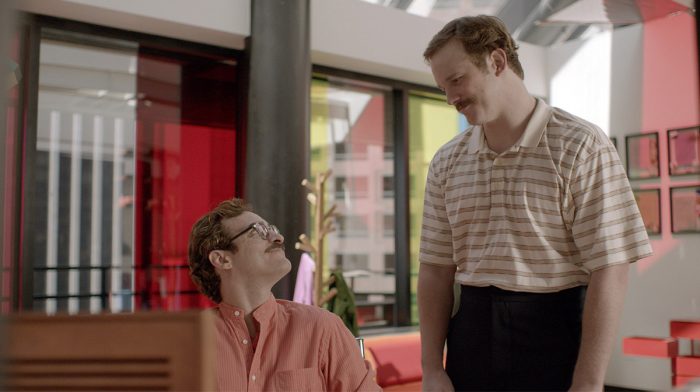 As Phoenix cements his status as perhaps the big screen’s finest actor at the close of the decade, his performance in this film still ranks as perhaps his most beloved, and for good reason.

His turn as a lonely, broken man struggling to believe in life and love again through heartbreak is both relatable and genuine.

While Joker may have transformed him into a household name, Her is evidence that his brilliance is nothing new. 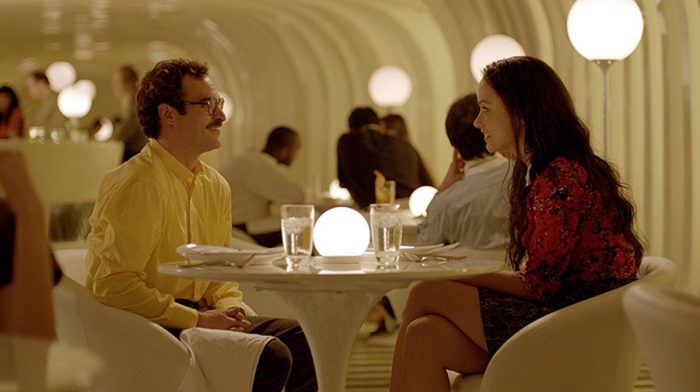 Its look into how human interaction and connectivity has evolved in such a short time, the effect it has on us all, and how intrinsic these issues are to the human experience and psyche, makes it perhaps the love story for our time.

As society becomes more immersed in technological advances, it remains to be seen just how accurate Her and its premise will become to how we live our lives.