The King’s Man is set to take a trip back in time and explore the early days of the Kingsman Agency, spinning off from the prior two films that starred Taron Edgerton as Eggsy.

It is important to stress that this is not Kingsman 3. However, Edgerton’s much-anticipated sequel is very much still on the way and will follow on from Kingsman 2: The Golden Circle, which released in 2017.

This new prequel film does, however, feature returning Kingsman director Matthew Vaughn, who is also responsible for writing the screenplay alongside Karl Gajdusek (Stranger Things), loosely based on the comic book series of the same name by Dave Gibbons and Mark Millar.

Let’s find out what Vaughn has in store for us this time.

What Is The Film About? 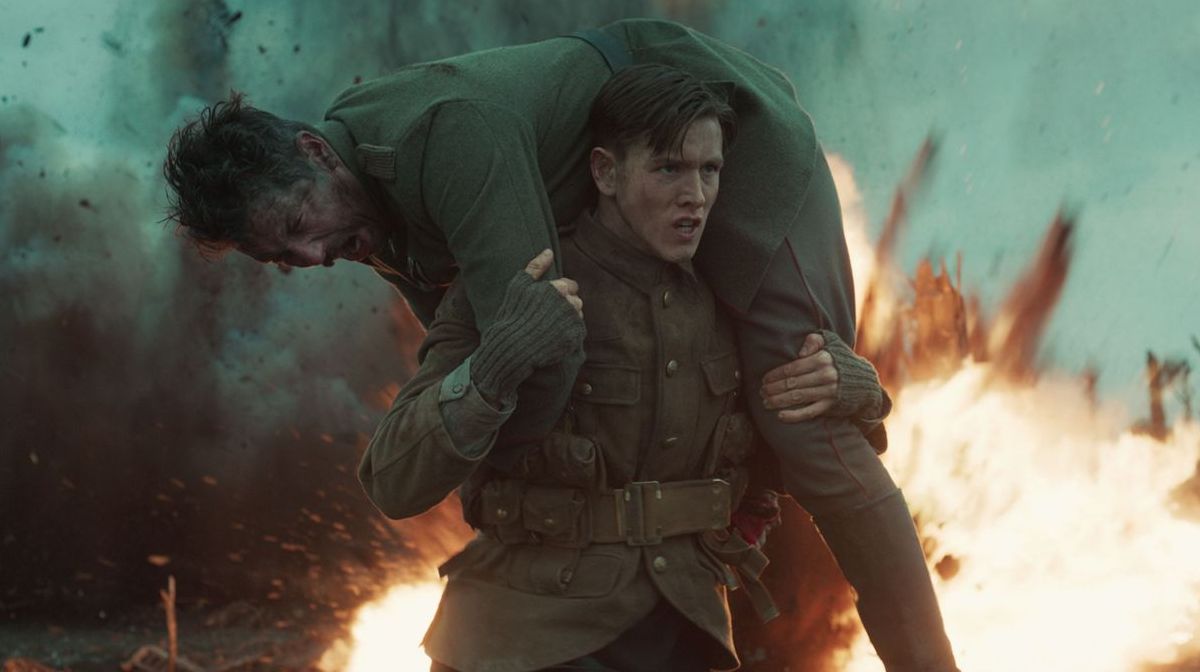 As seen in the trailers, The King’s Man will take us on a trip through early 20th century history, from the assassination of Archduke Franz Ferdinand by the Black Hand gang (the pivotal event that sparked the Great War) all the way to the blood and dirt of the trenches.

During this time period, the secretive Kingsman Agency is still in its infancy, allowing audiences to see its natural growth into the sophisticated gentlemen-spy organisation we first saw in 2014’s Kingsman: The Secret Service.

Specifically, the plot centres around Conrad, a war hero and new initiate into the ranks of the Kingsman Agency, and his mentor, the Duke Of Oxford. Joining alongside other agents Shola and Poppy, Conrad will learn the skills he needs to become a fully-fledged Kingsman member. 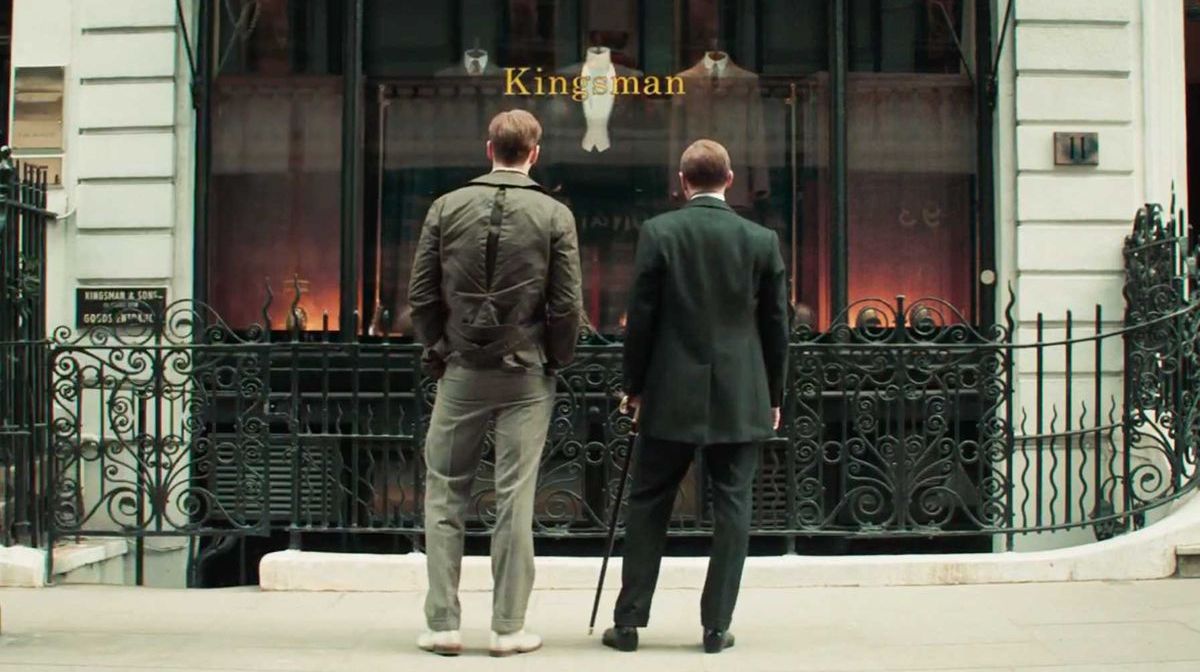 Conrad’s introduction to the secretive organisation will take us to some recognisable locations from the first two films, including the Saville Row Kingsman tailor’s shop and the estate where new recruits are trained.

Of course, the best training comes in the heat of battle. And our heroes will find themselves pitted against history’s worst villains as they plot to spark a catastrophic war.

Vaughn has said that The King’s Man will explore the ethos of ‘manners maketh man’, famously uttered by actor Colin Firth’s Harry Hart in the prior two films.

The film will also introduce its own words of wisdom: ‘reputation is what people think you are; character is who you are.’ 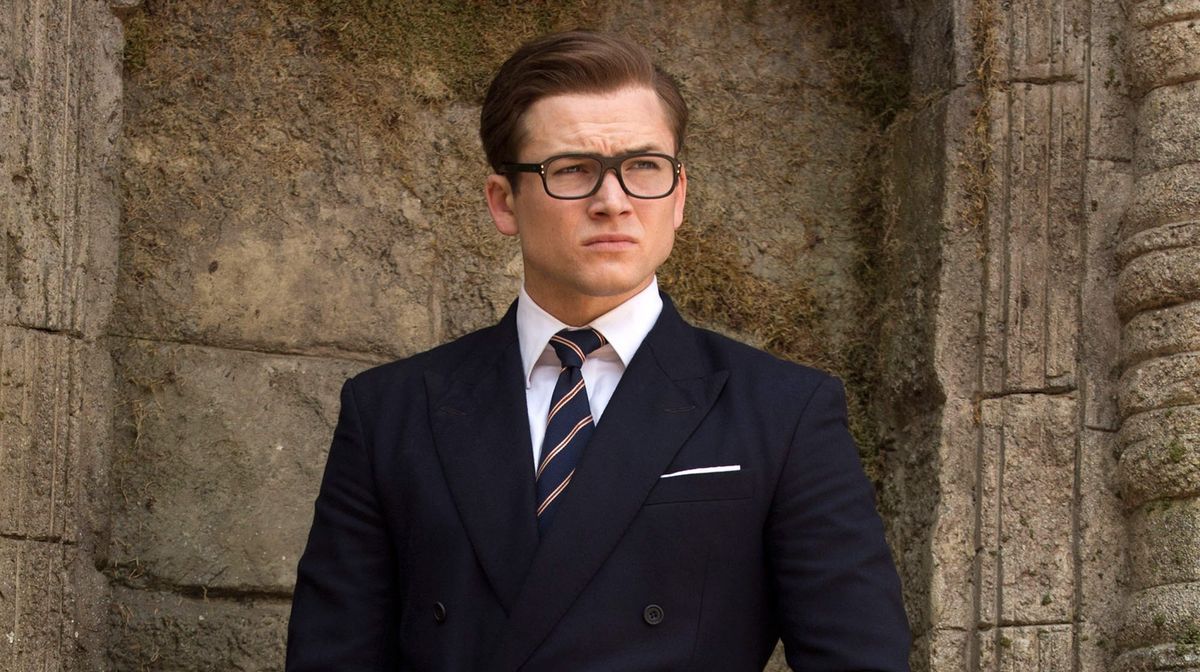 Vaughn has hinted that the film will plant various seeds for the upcoming Kingsman 3, despite taking place in the early 1900s.

What exactly these seeds are, we couldn’t tell you. But it seems like it’s worth giving The King’s Man a watch before diving into the final instalment of Edgerton’s modern trilogy. 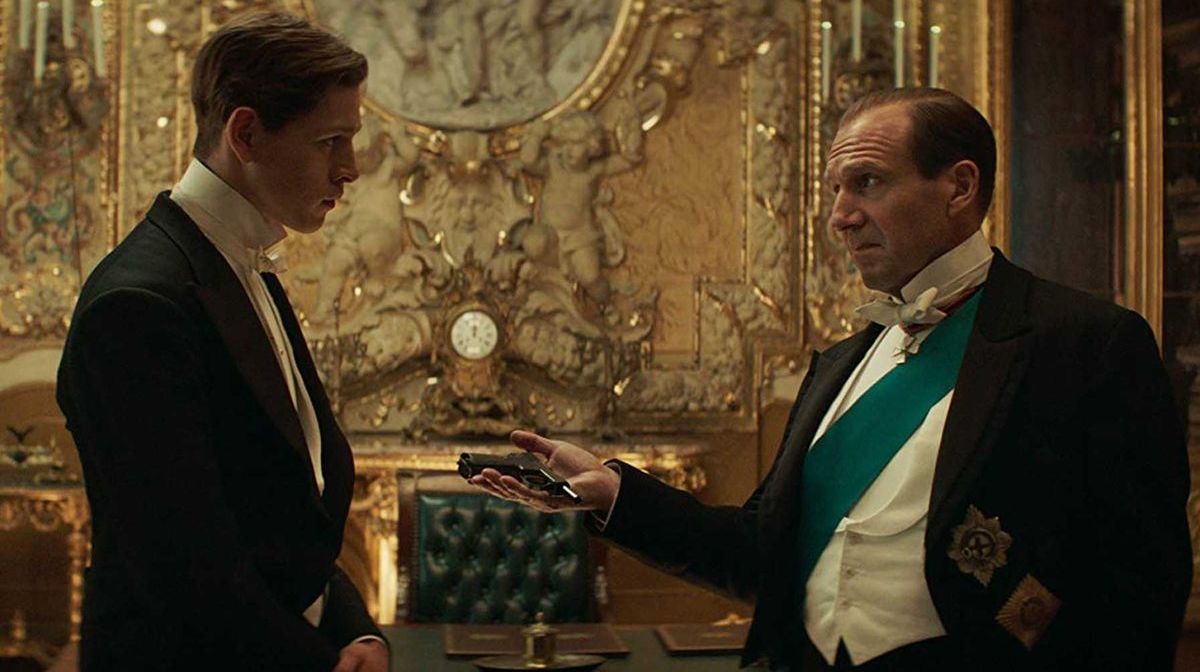 Unlike Golden Circle, The King’s Man will not feature any returning cast members — that we know of. But Vaughn has gone out of his way to ensure that The King’s Man cast is up to the standards we’ve come to expect.

Leading the show will be Harris Dickinson (The Darkest Minds, Maleficent: Mistress Of Evil) as Conrad and Ralph Fiennes (Harry Potter, Skyfall) as the Duke Of Oxford.

They will be joined by their fellow Kingsman members Gemma Arterton (Quantum Of Solace) as Polly and Djimon Hounsou (Guardians Of The Galaxy) as Shola. 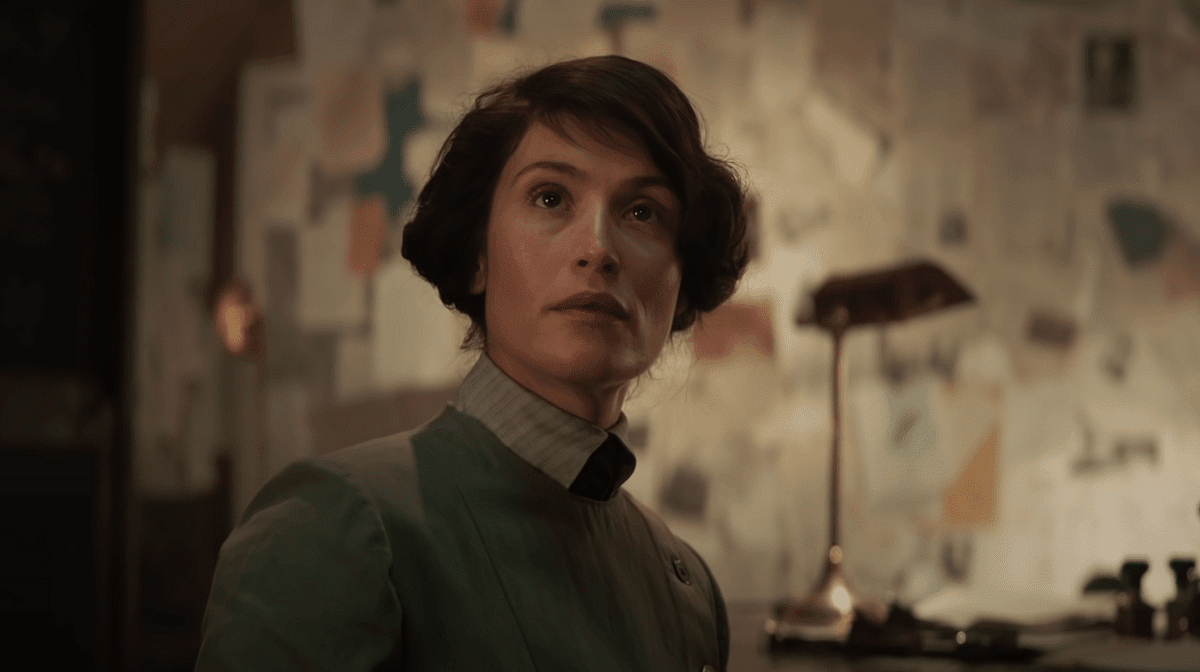 Rhys Ifans (Notting Hill) will play Grigori Rasputin, who is said to be the central villain. And he will be joined at the villain table by Matthew Goode (Watchmen) as Captain Morton/The Shepherd, Daniel Brühl (Captain America: Civil War) as Erik Jan Hanussen, Charles Dance (Game Of Thrones) as Herbert Kitchener, and Robert Aramayo (The Empty Man) as Gavrilo Princip.

As a less-than-subtle joke about the close familial ties of European royalty, Tom Hollander (Pirates Of The Caribbean) is set to play three characters: George V, Wilhelm II, and Nicholas II.

For those who aren’t well-versed in history, these three men were all cousins. 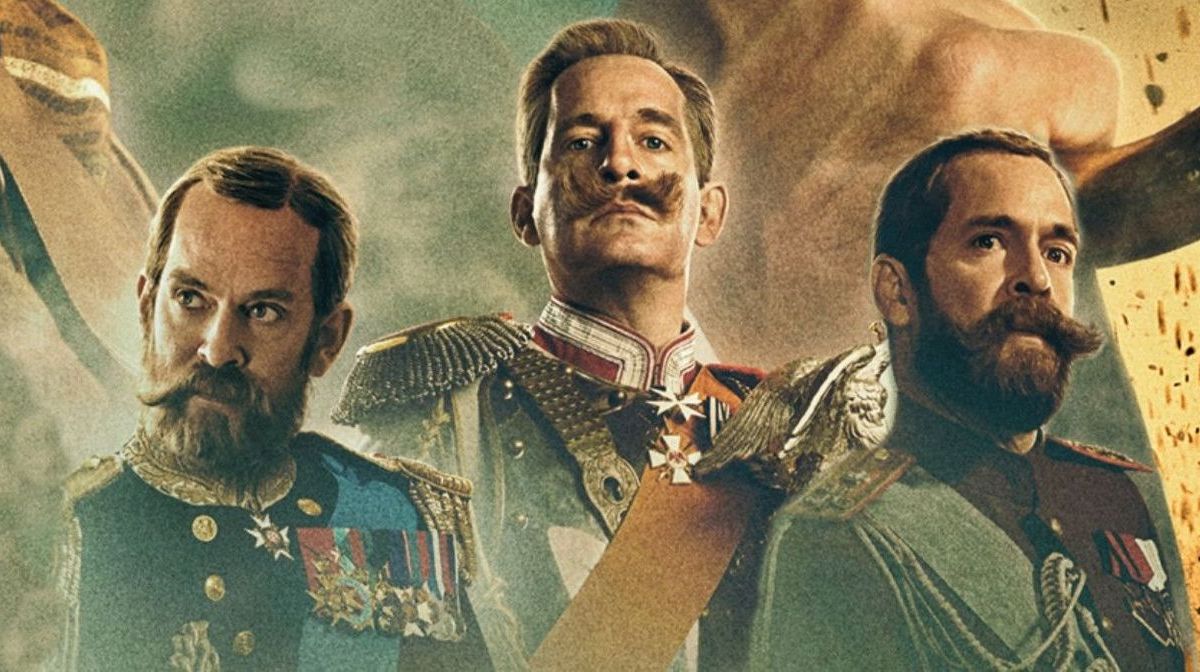 One casting choice that stands out from the crowd is Aaron Taylor-Johnson (Kick-Ass), who is listed as playing Lee Unwin. For those that don’t know, that is the name of Eggsy’s father.

How exactly he fits into the film is anyone’s guess — he most certainly should not be alive during this period of history — but it is possible this could be Eggsy’s grandfather. Perhaps the name ‘Lee’ was passed down from father to son?

Other cast members include Stanley Tucci (The Hunger Games), Neil Jackson (Stargirl), Joel Basman (A Hidden Life), Alison Steadman (Gavin And Stacy), and Alexandra Maria Lara (Geostorm). As of this moment in time, their roles are still undisclosed.

When Is The King’s Man Release Date?

It’s safe to say that we’ve been waiting for The King’s Man for quite a while. The film was originally slated to release in late 2019 before being pushed back to 14th February 2020. This release date was pushed back even further to September of 2020 and then into February of 2021.

It then moved to March until being delayed again, currently having a release date of 20th August. 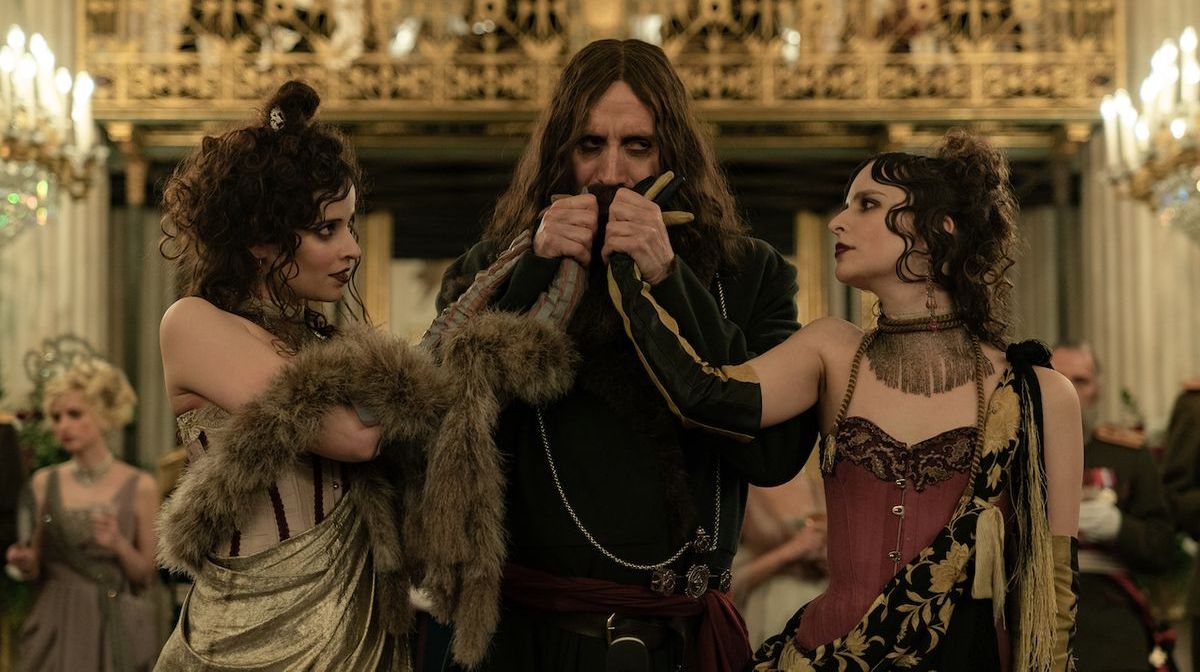 It’s been a rocky road, for sure. And we can’t promise it’s going to get any less bumpy. The pandemic has thrown the whole release schedule out of the window, and films are being either delayed indefinitely or put on streaming services.

With that said, keep in mind that the schedule could change at any moment, so don’t get too excited just yet.

Become a secret agent with our complete range of Kingsman merchandise.