Call Me By Your Name drips off the screen in a way only a summer love story can. The warm, lingering nostalgic frames are part of a fleeting and intense heartbreak buried so deep underneath the skin, there’s no choice but for it to eventually ache.

With blinding sunlight and fuzzy heat in the air, Luca Guadagnino’s coming of age tale plants roots in its environment.

Love becomes seasonal, the weather is associated with stares, new experiences, and pain; a thunderstorm during uncertainty, stifling heat on days of adventure, and snow on cold winter days best spent reckoning with a past not yet distant enough to be looked back upon without grief. 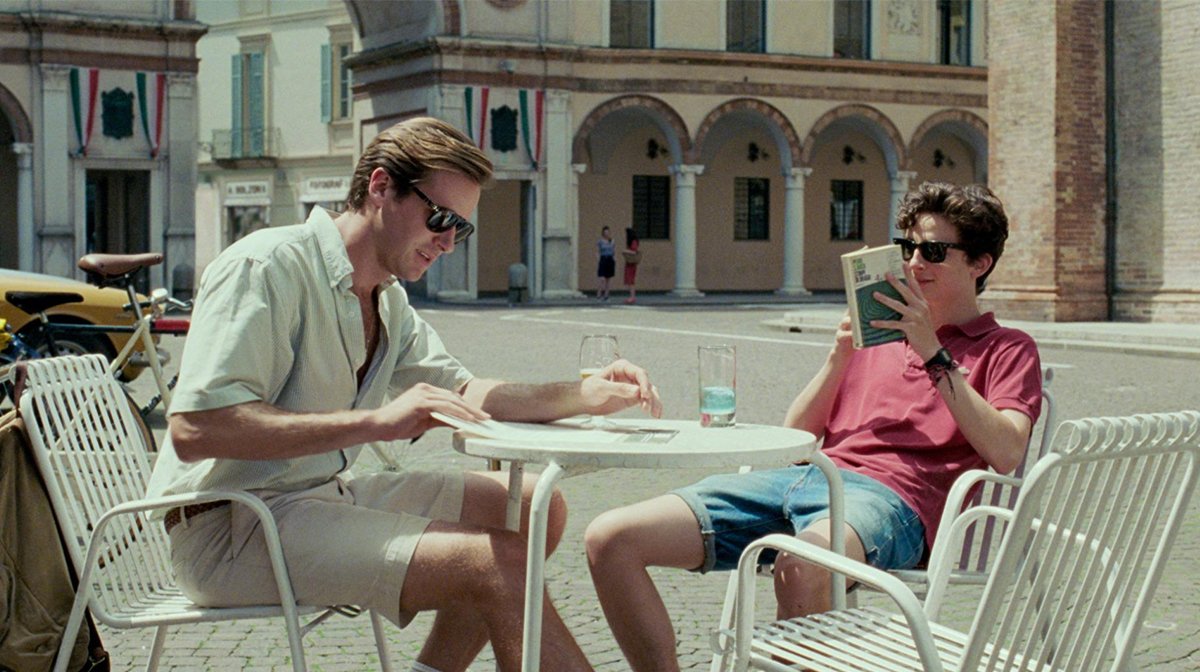 Call Me By Your Name does a great job of putting you in Elio’s (Timothée Chalamet) shoes. His exploration of himself and the emotional aftermath is palpable in a way not many films achieve.

Chalamet’s performance (which brought him heaps of success) is nuanced and dramatic in equal measure, bringing Elio’s vulnerability and occasional confident melodramatics to the surface.

For much of the movie, you’re experiencing Elio’s first true love, and discovering with him what it all means, and how falling for Oliver (Armie Hammer) will go on to affect him. 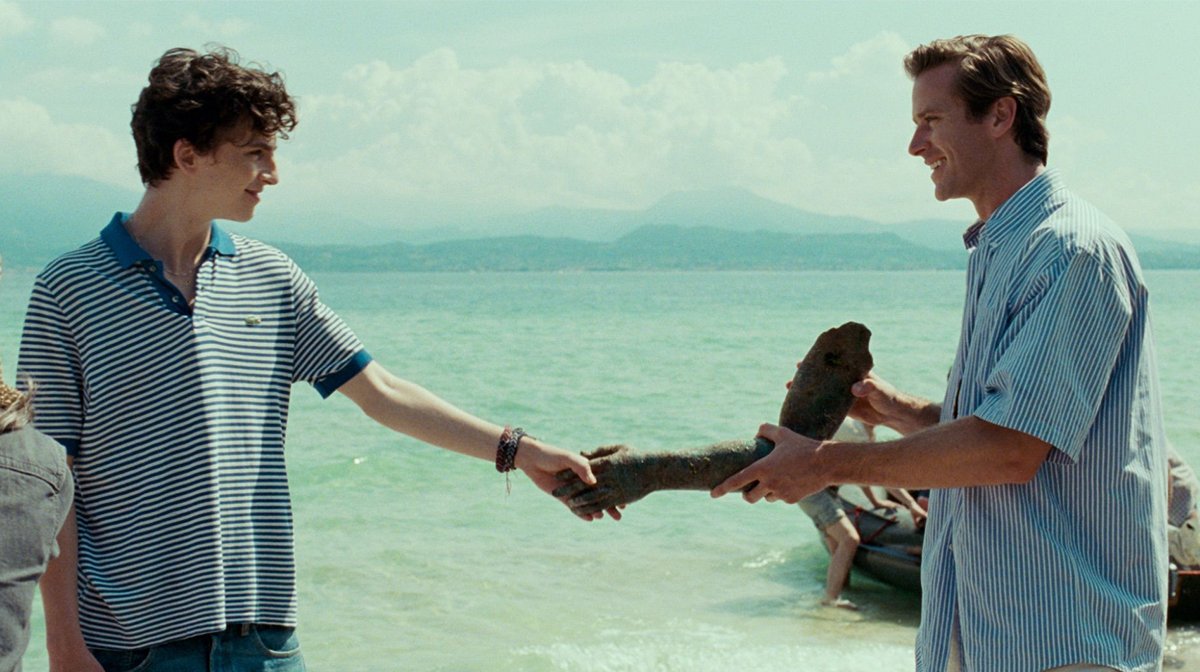 To ignore the film’s justifiable discourse is to ignore a large part of the film’s truth. Instead of simply pretending there is nothing there to debate, it might be better to consider how Elio’s youth plays a part in the story; because no love hurts like first love does.

Watching Elio navigate his feelings makes up most of the film. Although Oliver is no doubt an important character, it’s Elio’s journey.

There’s an excitement to everything, and a danger because of the time the film is set in. Everything has to be said quietly, or not at all.

But Call Me By Your Name, is not about repression, it swings quite heavily towards the other end of the scale: desire and allowing yourself to fall despite knowing how much the landing will hurt. 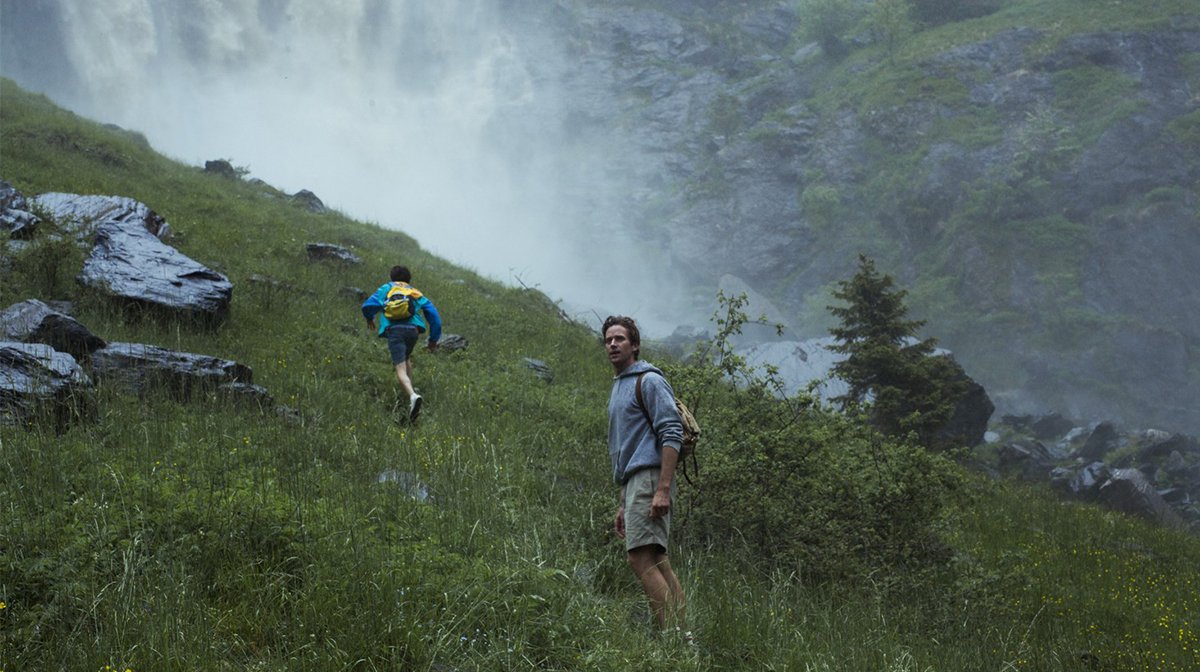 The gorgeous cinematography, soundtrack, and details serve to accentuate the highs of the narrative. All of it works to bring emotion to the surface, and to explore inner nature and how it can be so connected with the life and earth around us.

But, for Elio, it’s hard to think of the fact there’s likely no happy ending when he’s so enraptured in the present. Everything comes at him fast and with so much strength. There’s nowhere to hide the surfacing desire, and nowhere to get away to.

Every feeling seems to be intensified by the seclusion of his northern Italy home. His relationship exists in a bubble, and there will come a time when Oliver has to leave. 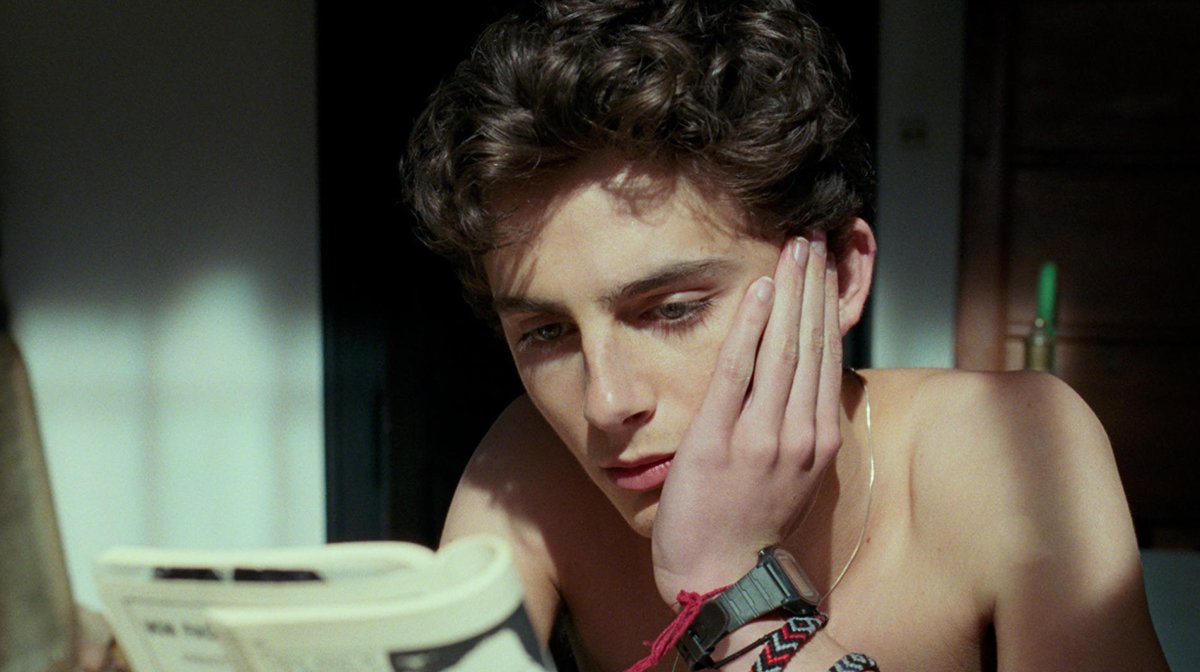 Although most of the screen-time is from Elio’s perspective, there’s a distinct moment of reflection given to Oliver in the third act.

It’s time for him to go. He’s awake in the hotel room, and there’s sorrow in his face because he knows that the knot in his stomach is a reminder of how close he is to leaving a place that has had an impact on his life.

The realisation comes harshly at the end of their weekend away together — these are their last moments of sanctuary from reality. 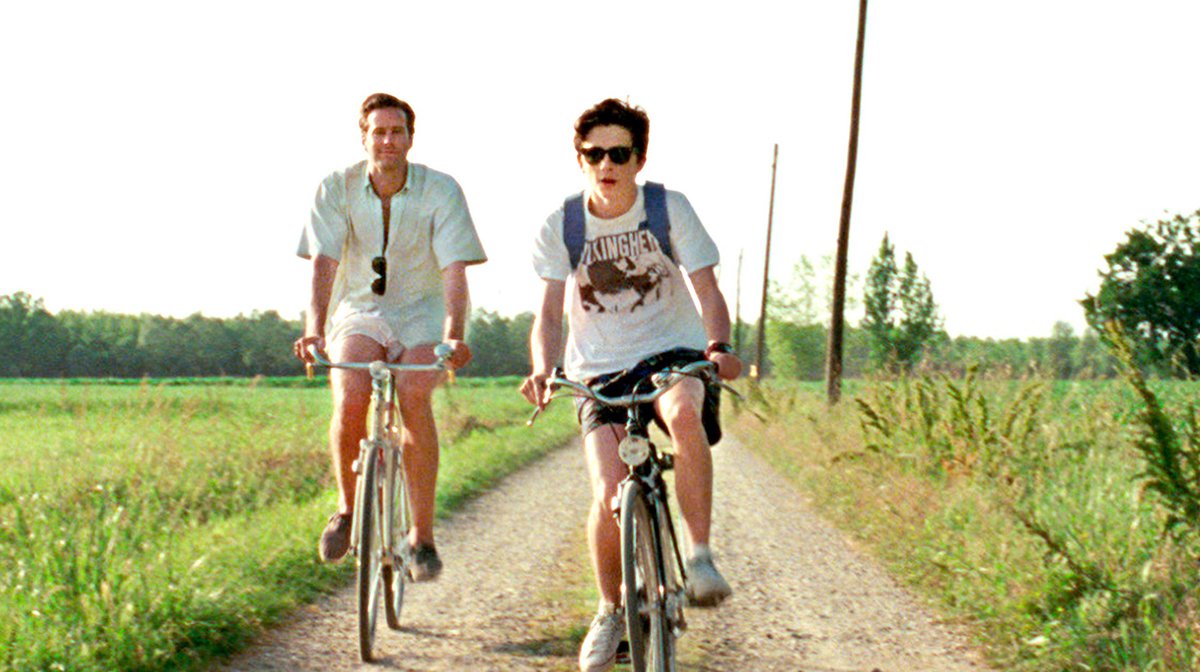 After Elio says a quiet goodbye to Oliver on the train platform and takes a seat on one of the station’s benches, a sickly and disruptive misery sets in — one so demanding of his body he has to call his mother to come and pick him up.

And like so much of the film, the hollowness takes its time letting everything sink in. The train seems to leave slowly but is gone far too soon, with every second resulting in more distance between him and Oliver.

Once he is back home, there’s a time jump. It’s winter now, and Elio is fluttering around — implying some semblance of recovery from his summer. The beautiful greens, yellows and fruit have been replaced with solemn frosty scenery. 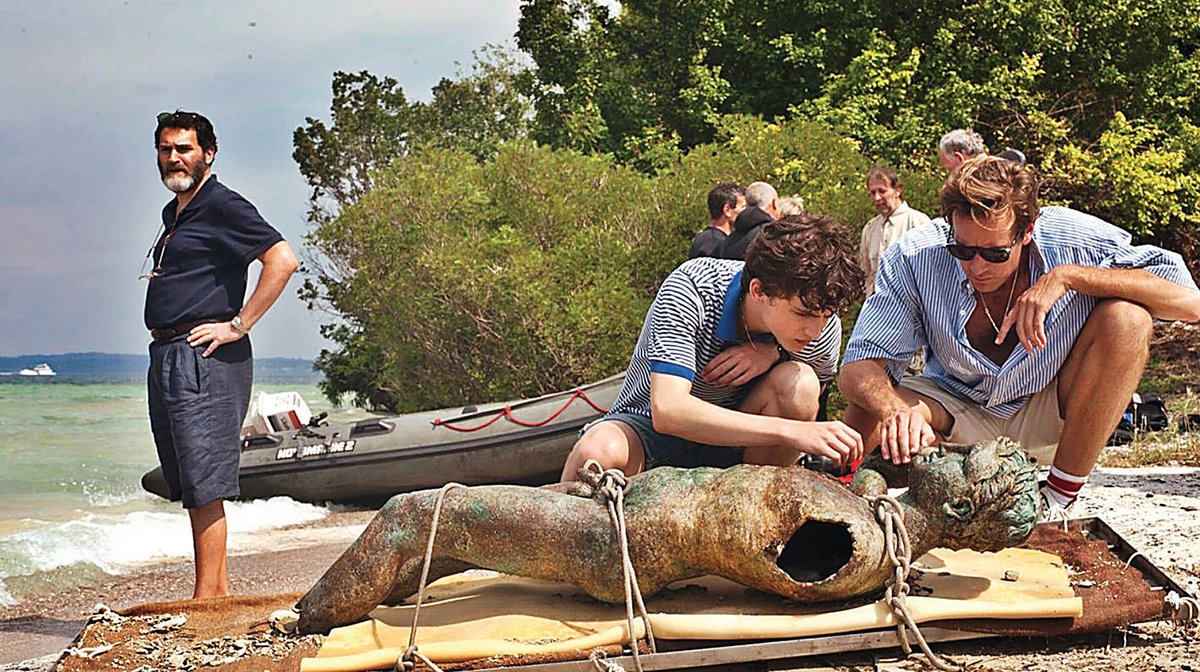 Then, the phone rings. It’s Oliver. They speak casually as if they were two old friends catching up. But in whispers said across the line, echos of their time together come flooding back to the forefront of Elio’s existence. And, of course, Oliver is getting married.

By the time Elio is sitting down in front of the fireplace, he’s reduced to a shell of a person. Not even the wise words given to him by his father when Oliver first left can dull the sharp edges of abandonment.

For all the joy the affair brought, it’s now an inaccessible memory with crushing weight. 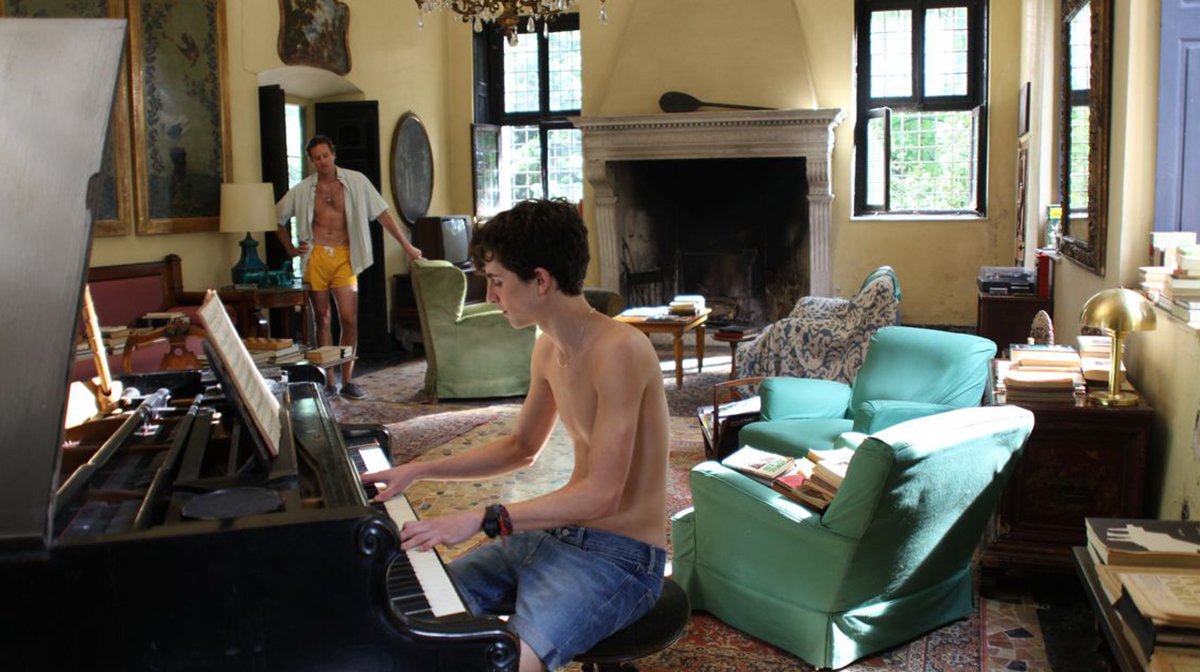 During the long take by the fire, he stares into the flames — the only remaining source of warmth around him now — and his blue eyes swell with tears as Sufjan Stevens’ perfect Visions Of Gideon brings life to the bitterness wrapping around Elio’s heart.

To remember Call Me By Your Name is to remember the first stings of love, and how efficient it is at leaving scars to accompany all the good that came of it.