Hogwarts Legacy was officially announced in September 2020. This confirmed our suspicions, after years of rumours circulating around a potential new Harry Potter game.

The video game is being developed by Avalanche Software and will be published by Warner Bros. Interactive Entertainment under their Portkey Games label.

For those that don’t know, Portkey Games was formed in 2017 with the singular purpose of creating video game experiences based in the Wizarding World.

Hogwarts Legacy will be the fourth game published under the label, following multiple mobile releases for IOS and Android. As such, this is their first major console project.

There’s a lot more to talk about, so let’s hop onto our brooms and find out what they’ve been cooking up in the cauldron… 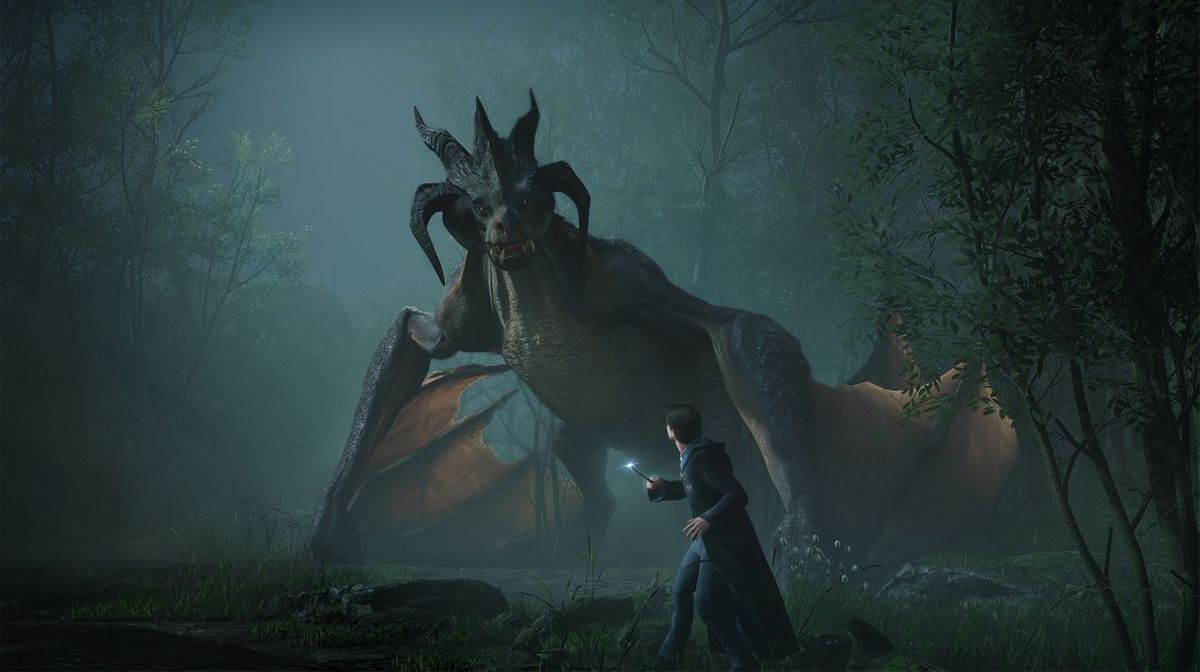 Hogwarts Legacy will not adapt any existing material from the films or books, providing a brand-new tale for players to immerse themselves in.

It has been confirmed by Warner Bros. that Harry Potter creator J.K. Rowling is not directly involved with the narrative. But her writing, as always, will provide the basis for the game.

Based in the 1800s, the plot centres around a gifted student at Hogwarts School Of Witchcraft And Wizardry, who has the unique ability to control Ancient Magic. With this gift, the protagonist will have to decide whether to use their power for good or ill — crafting their ‘legacy’, so to speak.

The game will follow their adventure through the wider world as they try to uncover ‘a hidden truth’, all while gaining allies and facing off against dark wizards. 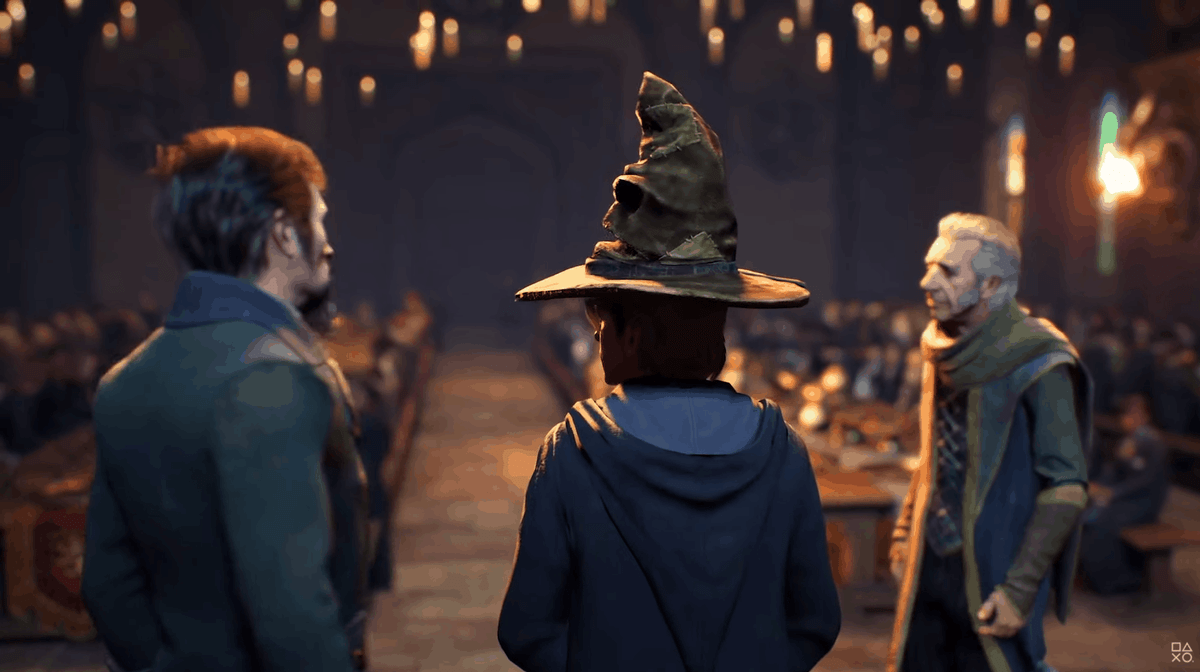 Warner Bros. have revealed that players will be able to choose their Hogwarts house early in the game: Gryffindor, Slytherin, Hufflepuff, or Ravenclaw. And the sentient Sorting Hat made a cameo appearance in the announcement trailer, putting fans’ minds at ease.

Specific details, such as if we can change our minds part way through, are still unclear. And we also don’t know if this will influence the story in any capacity.

The Harry Potter series is known for portraying Slytherin as a more nefarious house, making us wonder if this will tie into the new morality system. But we know from individuals like Severus Snape that this villainous trait does not hold true in all cases. 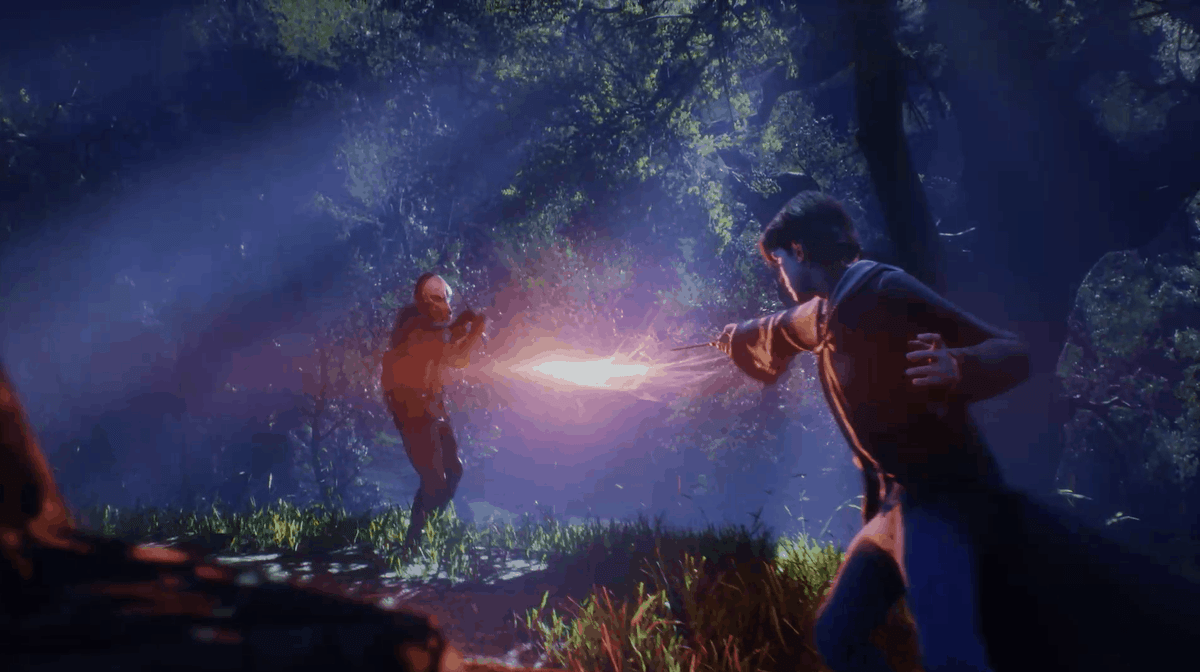 The choices you make in Hogwarts Legacy are said to impact how the world unfolds around you, hinting that there could be a dialogue system in place.

This allows players to forge their own path, whether that be good or bad, with missions and scenarios that will force us to decide what type of character we want to embody.

This concept will sound familiar to veterans of role-playing games, channelling similar franchises such as Fable and The Elder Scrolls. 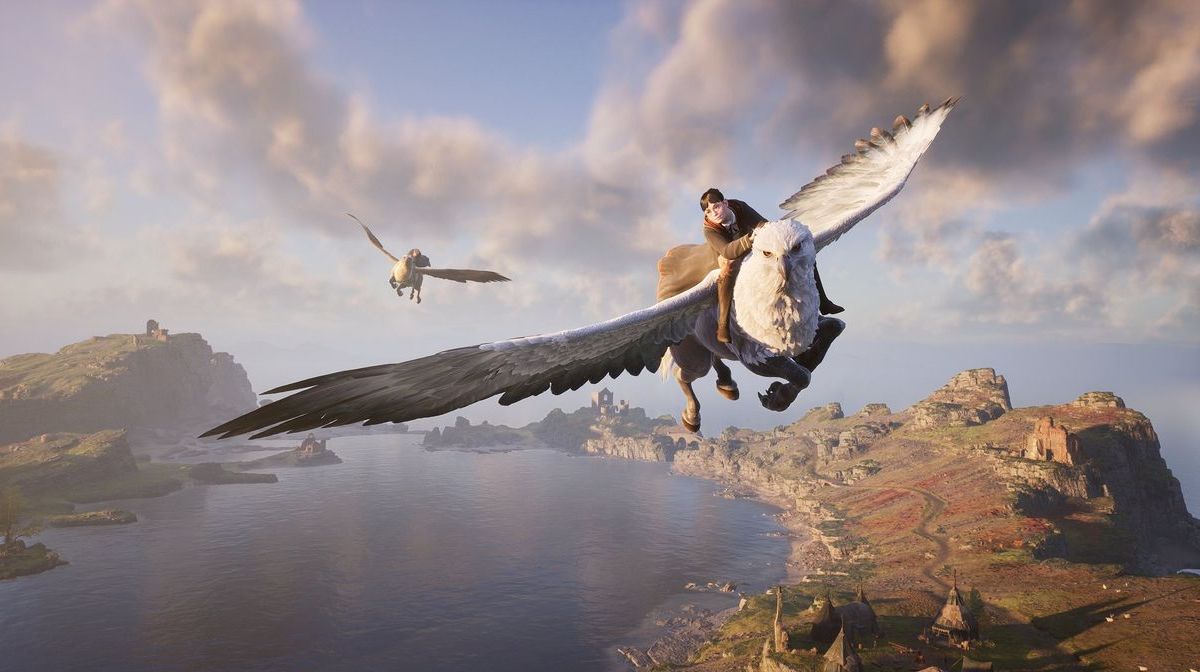 Hogwarts Legacy is a single-player game that will allow players to experience the Harry Potter universe like never before, presenting an explorable open-world setting.

This open world will extend beyond the walls of Hogwarts and allow us to discover new and familiar locations, such as Hogsmeade Village and the Forbidden Forest.

Since the protagonist begins their journey as a newly accepted Hogwarts student, this seems to imply that the game will take place over multiple years — potentially even decades.

It will be interesting to see how much time is actually spent within the confines of school, and if we can return to Hogwarts after we have left to embark into the wider world. 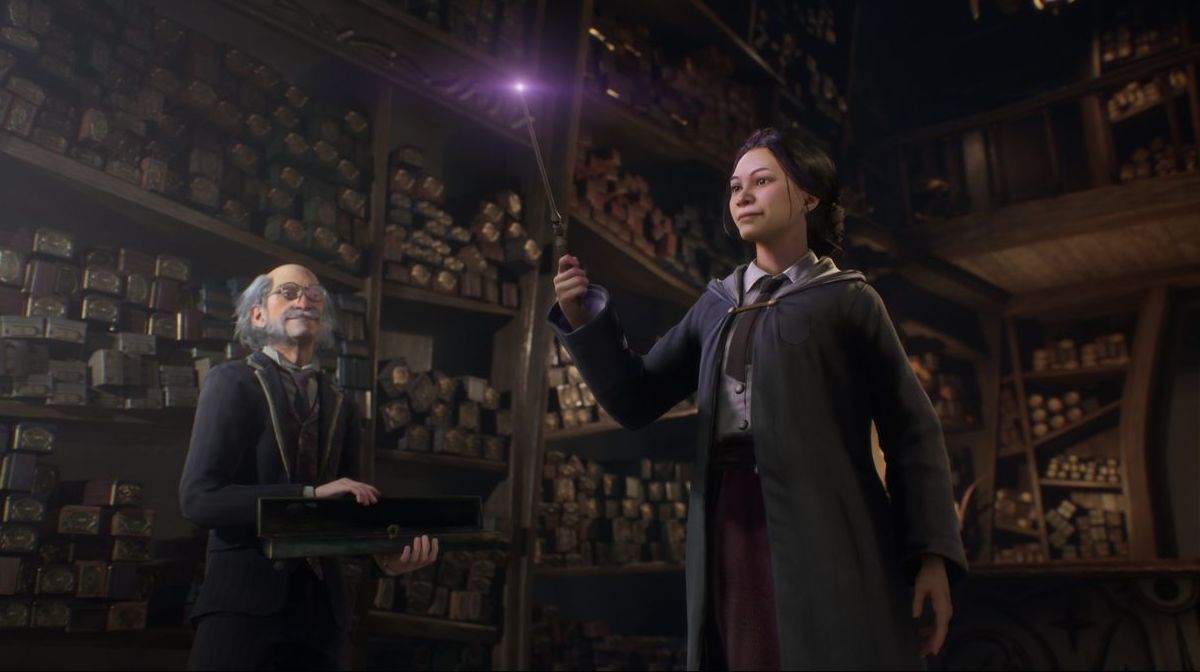 We will be traversing the Hogwarts Legacy world with a fully customisable character, who can be either a wizard or witch, depending on the player’s decision.

Early leaks indicate that we can choose from various skin tones, eye colours, and hair styles. We can also pick our own wardrobe, with various robes and other Harry Potter–inspired garments available. 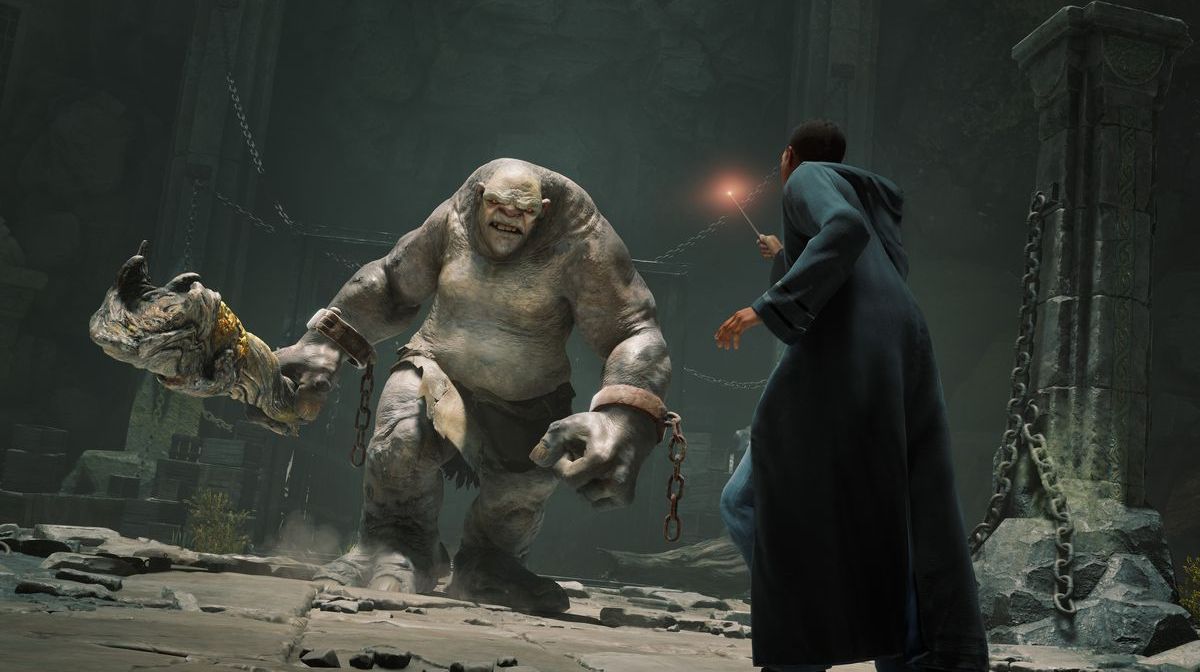 Over the course of our playtime, we can enhance our protagonist with new spells and combat skills. In this way, the game is leaning heavily into the role-playing genre, and we expect that it will include a skill tree of sorts.

In addition to just casting spells, we will also be able to brew potions and tame ‘fantastic beasts’ — a very unsubtle nod to the ongoing movie series.

Joining alongside our beast companions, Hogwarts Legacy will also allow us to bring along some human allies. This fits in with the spirit of the source material, in which the eponymous hero was usually accompanied by his friends, Hermione Granger and Ron Weasley.

These newfound allies will aid players in combat, helping us tackle the many enemies that linger in the dark corners of the world. 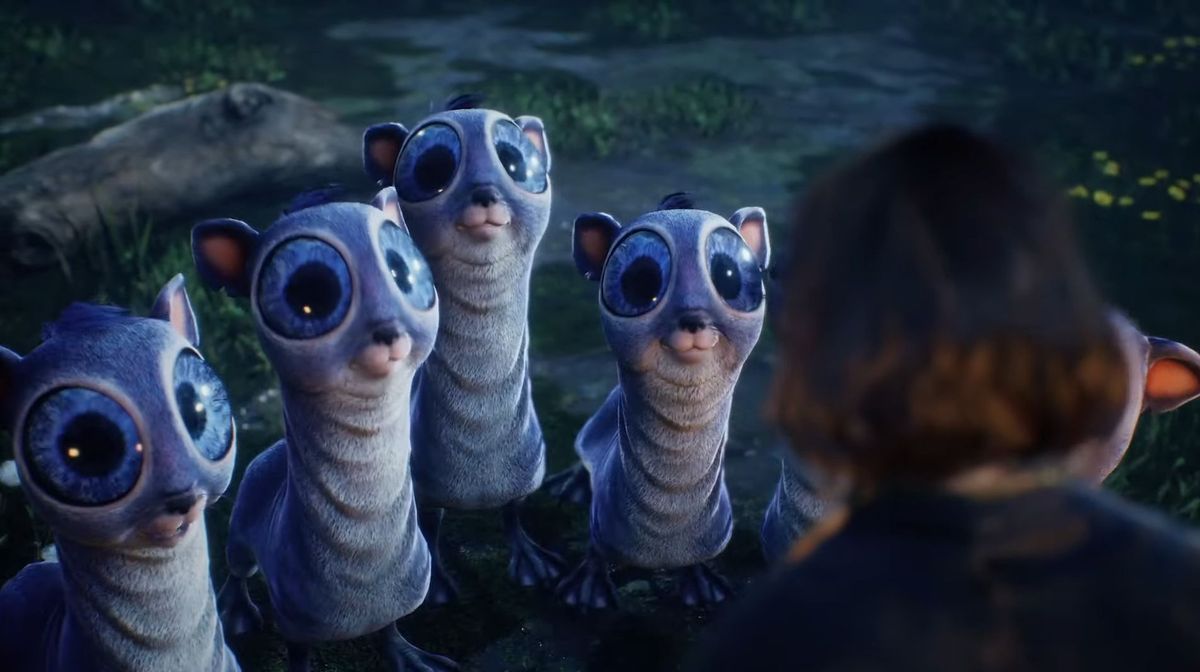 Hogwarts Legacy is set for a 2021 release window, though a specific date is still yet to be announced. We anticipate that it will launch around fall.

It is possible that the new Harry Potter game might be pushed back, as it seemed the developers were aiming for a launch date near to the third Fantastic Beasts movie, which was originally slated to release in November 2021.

However, this film has been given a later date due to the pandemic, now set to hit cinemas in mid-2022. 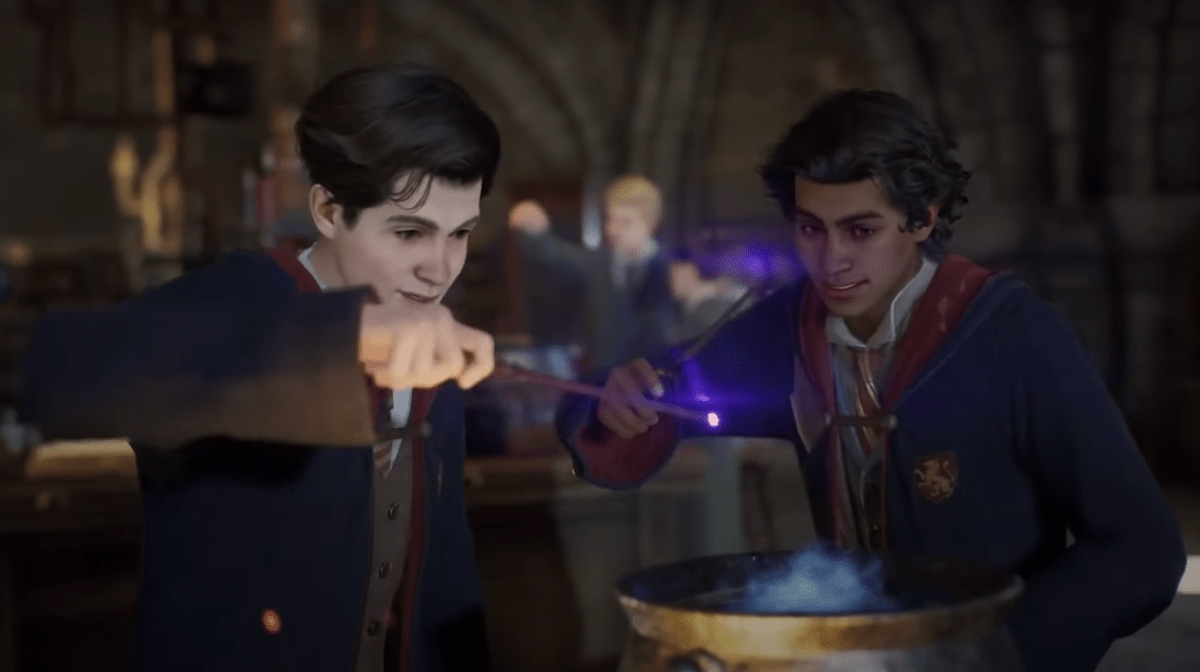 If you have yet to make the jump to the new consoles, you can breathe a sigh of relief. The game will be cross-generational, releasing on PlayStation 4, PlayStation 5, Xbox One, Xbox Series X/S, and PC.

Graphically, it is a given that the newer consoles will have an edge. We can also expect faster load times and, hopefully, a stable 60fps framerate.