Writer/director Lawrence Michael Levine’s latest film Black Bear will undoubtedly be one of the most intriguing movies of this year.

Haunting, mysterious and enthralling, it’s a fascinating look at artistic pursuit, diving deep into the theme as it follows filmmaker Allison who seeks solace at a rural retreat after she finds herself at a creative impasse.

Aubrey Plaza shines as Allison, whilst the supporting cast of Christopher Abbott (Gabe) and Sarah Gadon (Blair) also deliver compelling performances in a film which will stay with you long after the credits have rolled.

Lawrence spoke to us about how his personal experiences with filmmaking helped inspire the story, the ambiguous nature of it, and how he put together the fantastic cast.

Zavvi: It’s a fascinating film. First question then – what inspired this story?

Lawrence: It’s tough to pin that down, but a lot of it had to do with taking into account my life in film. I had been doing this for something like 20 years, so I was looking at the personal sacrifices I had made to engage in this life. At that time, it felt like I had sacrificed a lot.

That’s not to say the film is auto-biographical, it isn’t, but I also couldn’t have written it if I hadn’t lived through related experiences that have been heightened for the movie. The other part of it is that my wife is also a filmmaker and we have made a lot of movies together, so that found its way into it too, although it’s a much darker portrait.

And then there was also a desire to do something more unusual and creative, something that drew from European cinema influences. I had been working as a professional screenwriter for five years, but I hadn’t written anything for myself to direct. So when I had a window, I was hungry to do something different with an unusual structure. 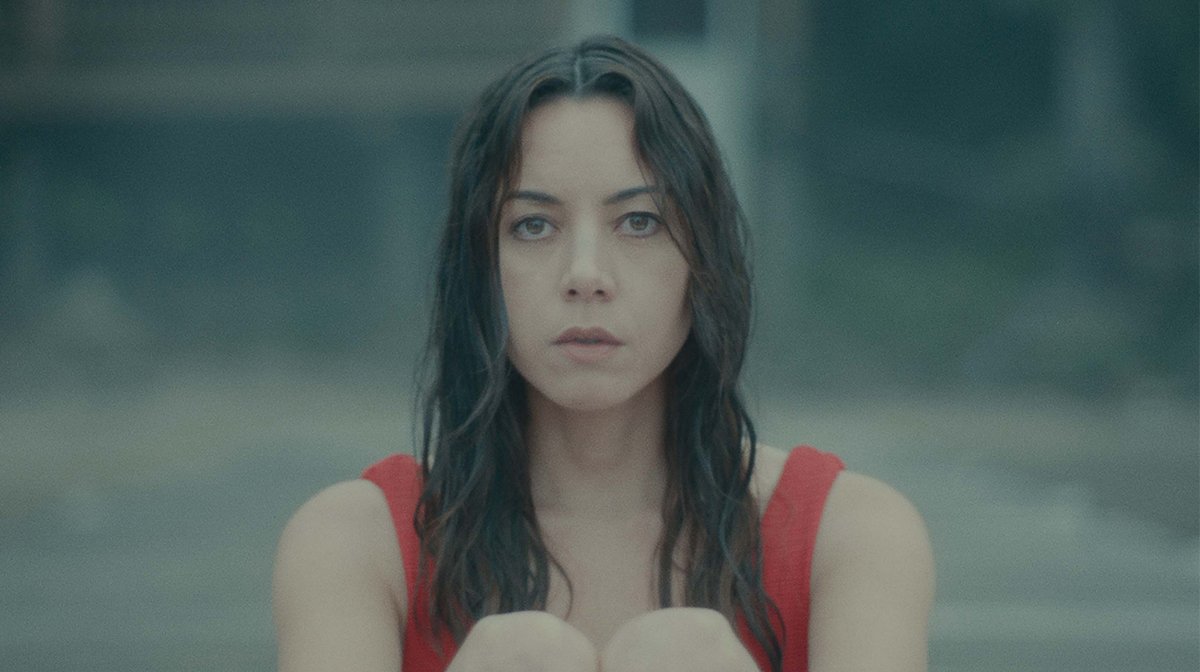 Zavvi: As you say, the structure is unusual, but I enjoyed how it’s split into two parts. They are shot very differently, for example part two is more raw with handheld camerawork.

Lawrence: We wanted the two halves to feel distinct, but also part of the same film so the experience wouldn’t be too discordant. So we arrived at a strategy where the first sequence wouldn’t be handheld, but the second would be, but the lighting for both would be similar.

We were going for heightened realism, and we wanted it to escalate. So part one feels realistic, but it’s also shot with more classic cinema tools. And then the second part, we wanted it to increase in intensity and realism, the best way to do that is go handheld. But even though it’s in two parts, it has to escalate throughout like any movie, so there’s also that in the first part too. 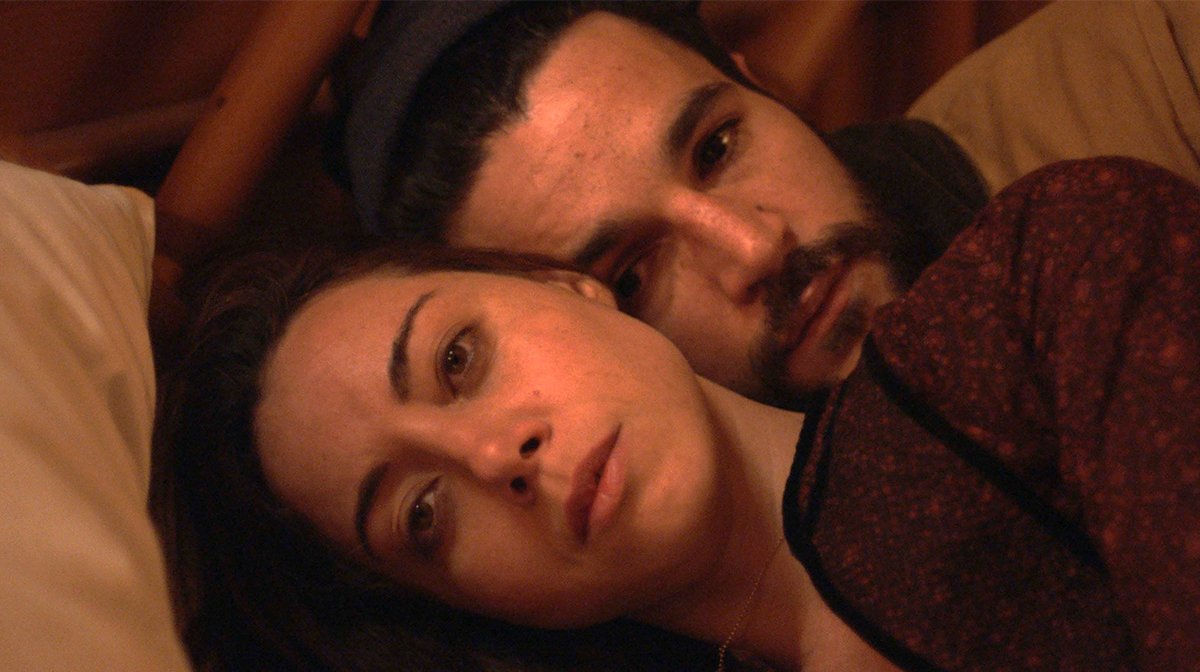 Zavvi: So the film is ambiguous, leaving things open to interpretation. Why did you want to leave it up to the audience to make their own mind up about what it means?

Lawrence: It’s challenging as a writer because you know what you want the movie to say, but you have to decide how much the audience needs to know, or figure out. So I wanted the film to feel mysterious, but I didn’t want the audience to be so alienated they were like ‘what the f*ck is going on’. And I think some people did leave the film feeling that way.

And then for people who like ambiguity, I think they leaned into it. I think if a film is ambiguous that makes it fun to think about, in the same way you think about your dreams that seem meaningful, but you can’t pin down what it was precisely trying to say.

Also some of the exigencies of the shoot led to perhaps a little more ambiguity than I intended, for example the ending with the bear. That was originally supposed to be shot so we would see Allison charging towards the bear in the same frame, then I would cut. I think that would have gone a long way in having the audience feel a sense of closure, but I couldn’t shoot that because the bear wouldn’t cooperate and we didn’t have the budget for special effects. That’s the thing about movies, you just have to deal with what happens. 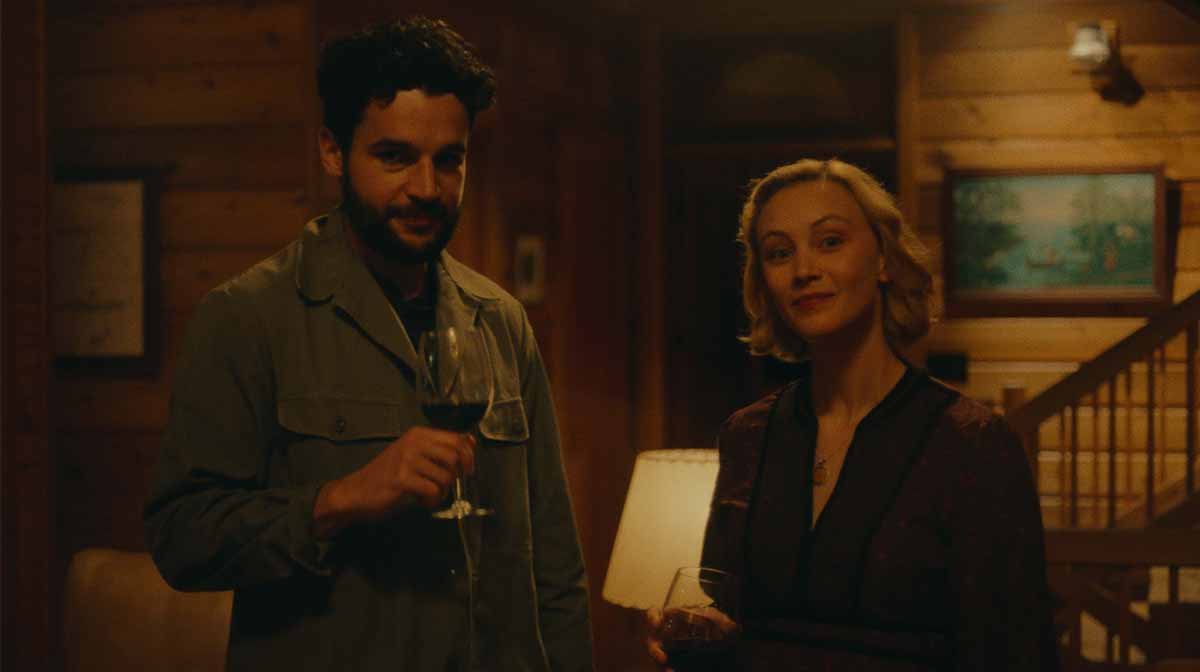 Zavvi: You just have to roll with it. Talking of the bear, what does it represent to you personally. For me, the film is about creativity and I felt it came out like writer’s block, it shocks you and stops that creative process.

Lawrence: To me the bear was a multi-faceted symbol, and it came to me in the flow of writing, it wasn’t something I had preconceived to place in the movie. It started when I was thinking about the ending of part one, and how can I find closure to this. I decided on the notion of a car crash, and I thought what could cause that to happen in this rural location – bear was the first thing that popped into mind. So it was actually quite pragmatic.

And then when I wrote it, I thought the bear is actually an interesting symbol of death and rebirth, which is sort of the theme of the movie, the transformation of pain into art, something positive you can reflect in that allows you to move in a new direction.

So then for part two, I thought it would be a good ending here too. I think if I had shot my intended ending, you would see that what she was realising was that the answer to your problems is often through your pain, and that’s how you are reborn. 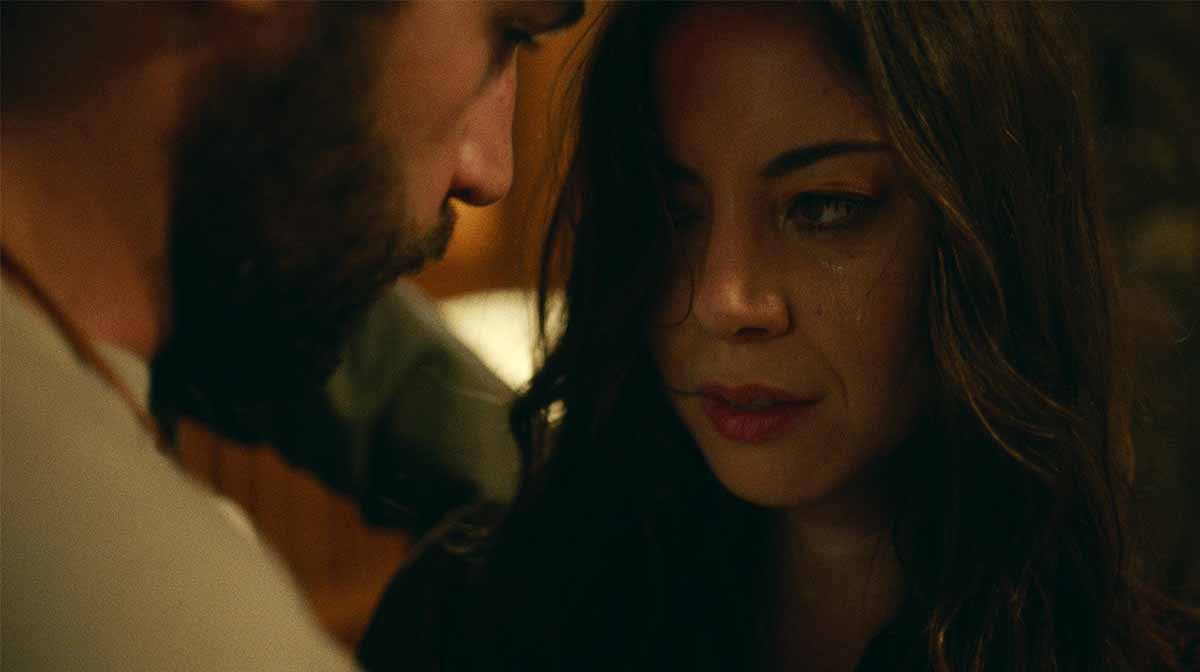 Zavvi: It’s implied though! There’s also kind of an inception here, as you are shooting a film, but part of the movie is on a set as the characters shoot a film. What were those scenes like to film? Was the crew in these scenes?

Lawrence: All of the people who have lines in this film are actors with the exception of one character who is the PA who gives Allison her cigarettes. He was the second AC, so part of the crew. That was Aubrey’s idea, she hand-picked him for his great personality. That’s the only crew member that acted in the movie, but all of the extras are crew.

Zavvi: The cast is incredible. I understand Aubrey was involved from early on?

Lawrence: Yeah. I knew her and thought she would be really interesting to work with. She has a great work ethic, she’s really interested in challenging herself, and also the way she expresses herself is in line with the characters in this film. She’s kind of cryptic and mysterious like the movie. 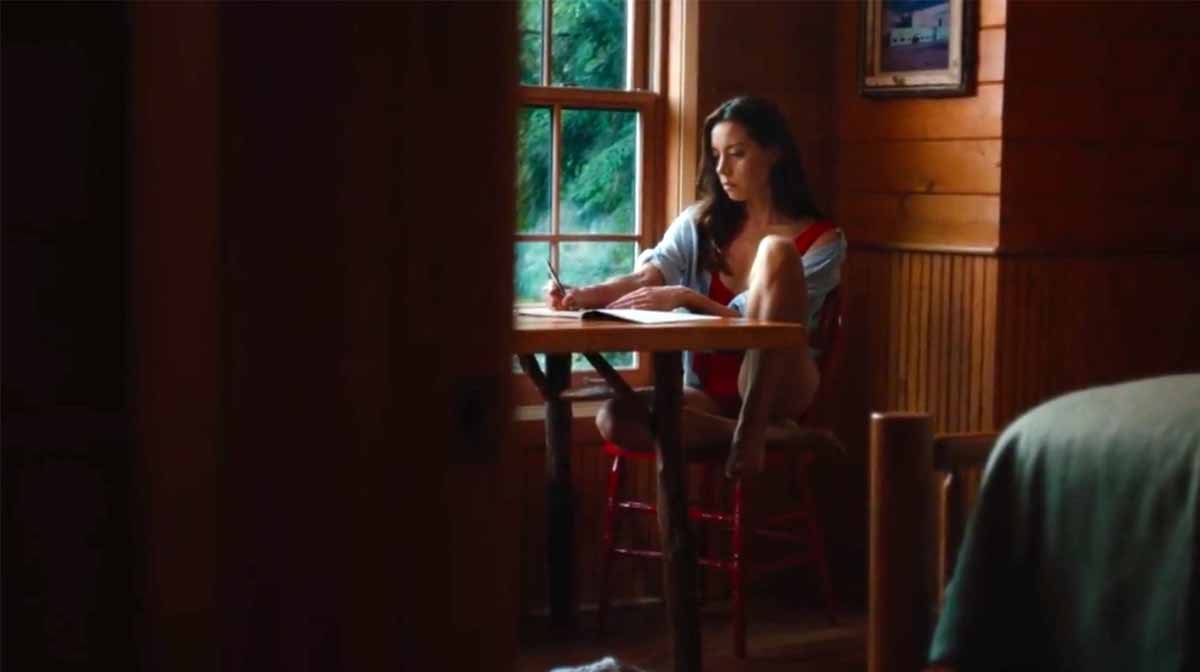 Zavvi: And what about Christopher and Sarah?

Lawrence: Everybody in the film were my first choices, and people I really wanted to work with. Christopher is really incredible, has a lot of range and he’s also a great guy to have around. He’s hardworking, creative, funny and energetic.

With Sarah, I saw her in a film called Indignation, and her performance in it was so astonishing, I wanted to work with her. That was maybe five years before Black Bear. Luckily she was with the same agent as Aubrey so it worked out. 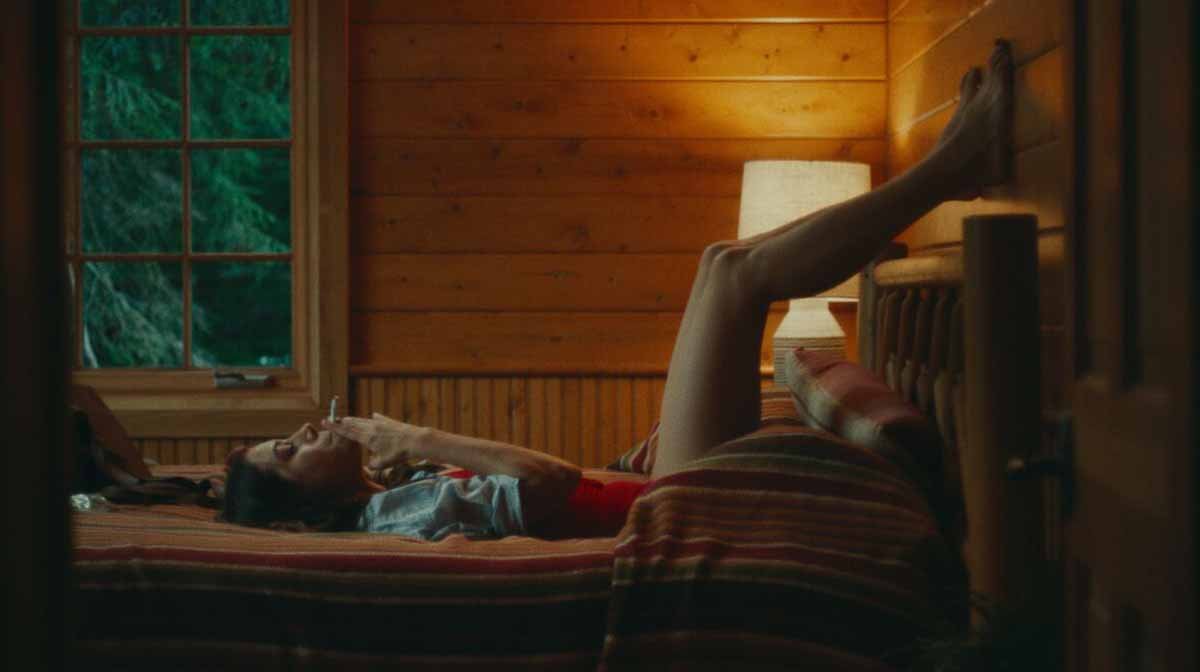 Zavvi: One of the stand-out images is of Aubrey in this striking red bathing suit. Red is a key colour in the film, we also see Sarah’s character in it.

Lawrence: I don’t recall if I specified the colour in the script. My guess is that I did not, and that the costume designer and production designer came up with a colour scheme that they presented to me.

Their thinking behind red was that firstly it’s a bold colour, so when the characters switch costumes it’s memorable. There’s also something hot and passionate about the colour. Also I think The Scarlet Letter was a reference for them, she was a fallen woman.

Black Bear will be released digitally in the UK on 23rd April.