We all know it’s been a difficult year with seemingly no end in sight. We search for glimmers of happiness through Zoom calls and funny TV shows that make us believe that everything will be ok.

But it is not just saccharine narratives we crave — we want works that revel in our despair and empathise with the fact that sometimes, things are just not ok.

That’s what director Dean Kapsalis strived to do with his feature film, The Swerve, playing as part of FrightFest. 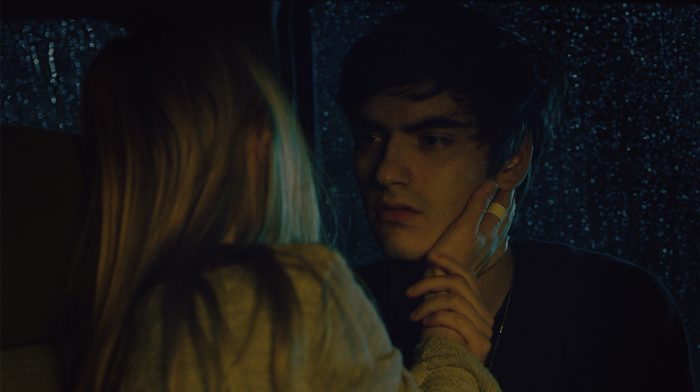 His film follows suburban mother, teacher, and wife Holly who is struggling to cope with everyday life.

She can barely sleep, her new medications give her nightmares, and her anxiety is debilitating. Kapsalis creates a nuanced portrayal of mental illness and how you never truly know what someone is going through.

Zavvi spoke with Kapsalis about tragedies and how to work with actors during such emotionally difficult scenes. 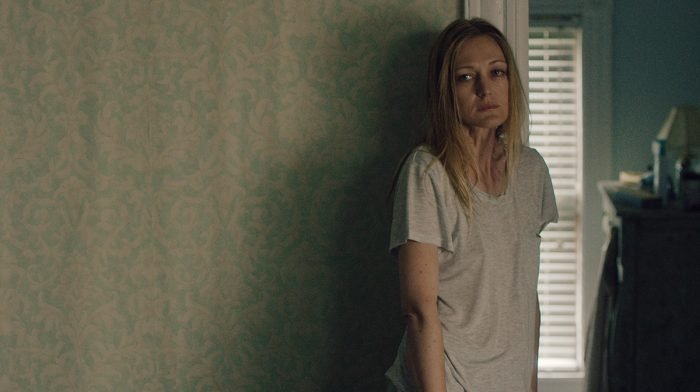 Zavvi: Why this topic? What inspired you to write this, or be a part of this movie that is so sad and centered on the tragic side of mental illness?

Dean: The inception point was a thought that came to my mind of this woman in this supermarket. It grew around this character. Why this woman? Who is she? What is it?

Around that, I filtered through a lot of personal things from my life. I was raised by women, strong women, women that have been through a lot. Then also, what I had been affected by personally – anxiety and marriages that I saw my family members going through that really planted a seed in my psyche. 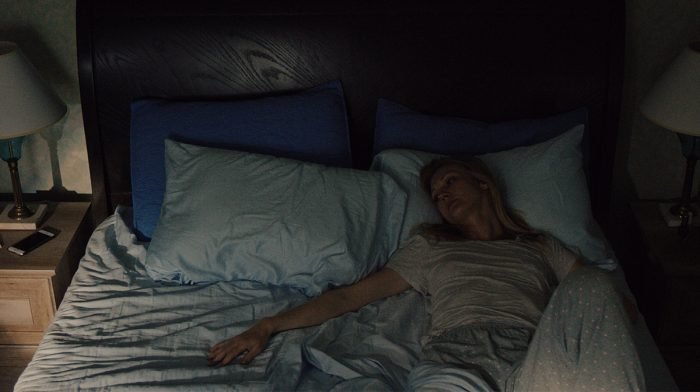 Then I also have a real love for Greek tragedies, and Shakespeare, and Madame Bovary, and House of Mirth. All these things were deep in my head, and it came out in this character.

So to answer your question about why it’s such a bleak or sad film, movies like that have long left an impression on me.

Sometimes they would really make me mad, but I would go back to them and think about them.

Zavvi: I like when movies don’t have a happy wrap-up ending, you know what I mean? Also, I have OCD, and I have intrusive thoughts, and watching this movie was like watching an intrusive thought play out on screen, which is really cathartic for me.

So that’s one of the reasons why I really enjoyed it, because it feels like it sort of encapsulates that feeling of having intrusive thoughts and the fear of them coming to life, but on the screen.

Dean: Right? These aren’t people in straight jackets. These are people functioning with families, with lives, and one of them was a very close friend of mine. I didn’t model the film or character after anyone personally, but there are instances in the film that are from my experiences.

It’s not me, but it’s reflective of them, and it’s also through my love of cinema, literature and art. So I wanted that. I didn’t want it to be a straight drama themed on one topic. I think there’s enough of that. My love of genre is too strong to bypass that. 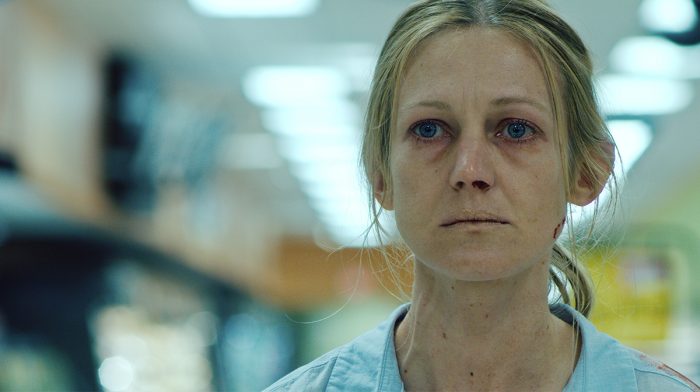 Some people say it’s kind of horror adjacent, or a psychological thriller, or a dark drama. It’s a little hard to pin-point, but I knew that. It was deliberate. I think it works to its advantage that way.

I am not a pessimistic person by nature. I think I’m fairly pragmatic, and I think happy endings are very important in films for people, but I don’t think they all have to be that way.

I think it’s sort of like in this pandemic, mental illness and anxiety has grown, and unfortunately suicides have gone up. Happy endings don’t necessarily save people like that.

I have been affected by this, and people in my life. It’s a very tough, very upsetting thing. I wanted to try to capture that through my viewpoint. 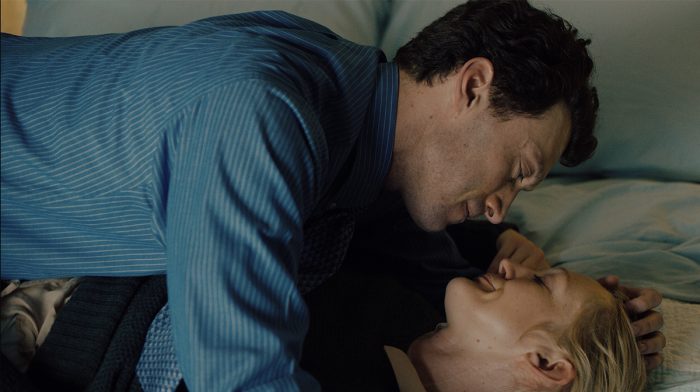 Zavvi: You mentioned the pandemic, and obviously this was made before the pandemic, but it feels uncomfortably relevant now. What has it been like to show this movie during the pandemic? Has that been a weird experience?

Dean: Yes. Well, it’s definitely been weird. I didn’t know how it would come across, and I was actually pretty scared about it. Like is this the right time for this to be coming out?

But then we just showed it at the Florida Film Festival, and the response to it was so effusive where people said it really affected them in a good way. Florida, I’m sure you know, has been really hard hit by the pandemic. 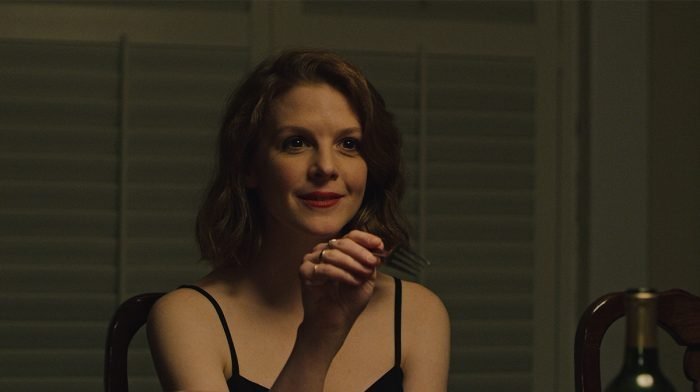 I thought it was important to support this festival that decided to do it virtually and in person. We went down there, and the people were great.

So many people said things about being in lockdown and experiencing anxiety, and that the film really hit a nerve and touched them. So that was great to hear. 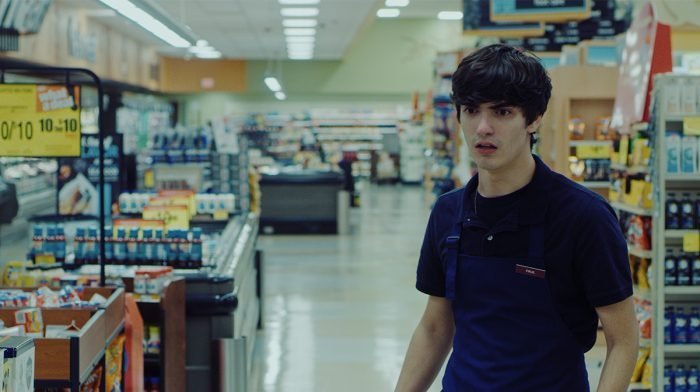 Dean: It was a very hard role to cast. I thought, in all honesty, I thought it was going to be much easier.

We knew ahead of time we would have to work with SAG (Screen Actors Guild) actors, because the producer said; “This is your first feature. You’re working with kids, animals, and you’ve got these intense emotional scenes. If you’re working with non-SAG, especially in the lead role, you’re going to be institutionalised by the end of it.” 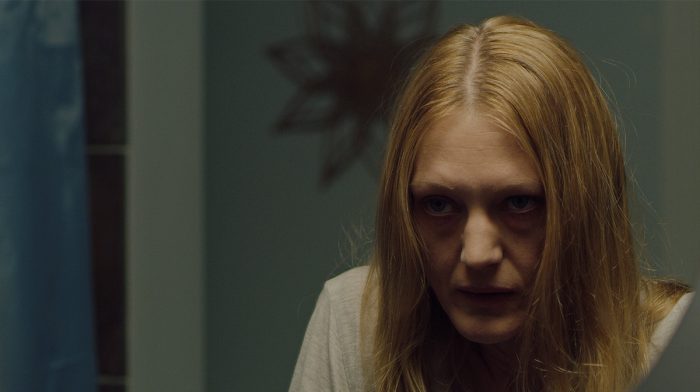 I had nightmares over those emotional scenes. I was having these dreams for months where I thought, “oh my god, how am I going to pull this off?”

Actually, [those scenes] were the easiest ones to film. The actors were so gung-ho. I thought; “What’s going on? What’s going through your heads?”

They said; “We’re so excited. We’ve been waiting for this scene and to do it.” They were just amazing. And Skye was wonderful to work with. 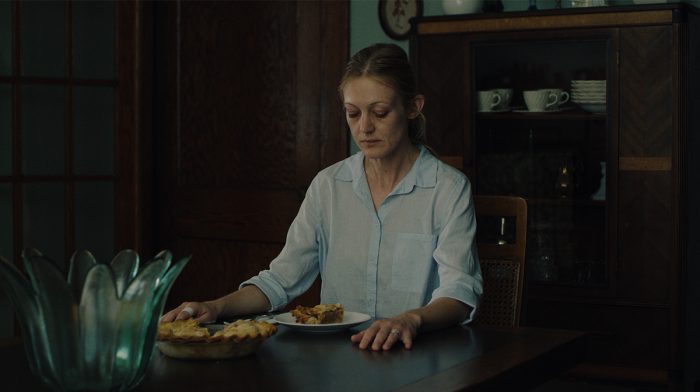 Zavvi: Again, The Swerve provides a really important perspective on how people are affected by mental illness.

Dean: Human beings are complex. We try to hide from these things as Americans. There are American flags throughout the film for a reason. We are conditioned to be a certain way, to be happy, particularly women.

It’s this stuff that you then spend the rest of your life unraveling, becoming who you really are. 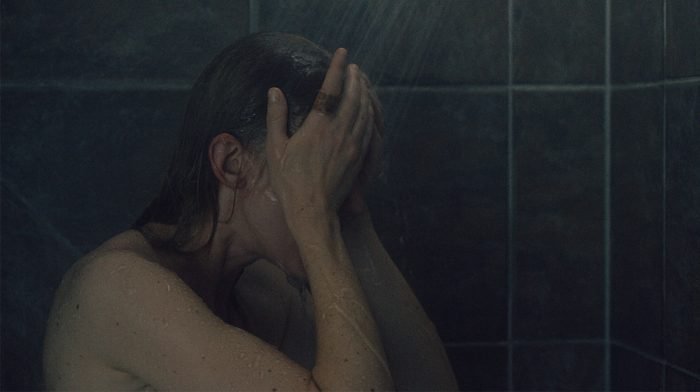 Holly at heart is an artist. She’s a writer. But she’s conditioned not to be an artist.

She’s conditioned by her family, by other people to be a certain way. She’s a mother. She’s a teacher. She has a job. She’s a wife, and she has a house in America, in this part of the world.

There she is told that she has to hold it together, and she cracks. So I think it’s something that was, in some way, a cautionary tale, if people are open to it. It’s there. It was there for me. It was important for me.

The Swerve will play at FrightFest on Monday 31st August at 7pm on the virtual Horror Channel Screen.