New indie drama Body Of Water is a vital watch, as writer/director Lucy Brydon cuts through stereotypes about eating disorders in her profound and affecting feature debut.

Following Stephanie, a woman in her 30s who has been living with anorexia, as she leaves a treatment centre, she struggles to adjust to being back at home, attempting to balance her relationships with her mother and daughter.

Actor Sian Brooke, best known for her work in the likes of Sherlock and Doctor Foster, delivers an outstanding performance as Stephanie, capturing her strength, vulnerabilities and also how she longs to mend her broken family.

We chatted to Sian about the movie, the challenges involved in taking on such a physical role, the problems with the term ‘strong female lead’, and her experience working on hit show Sherlock.

Zavvi: Congratulations on the movie, it’s fantastic. Why did this project appeal to you?

Sian: Well I knew what the subject matter was so I was initially nervous about reading the script because I thought if this draws me in, I know what will have to happen physically to play the role.

But I read it, and I found Stephanie fascinating. So often eating disorders are portrayed as afflicting teenagers, so what intrigued me was Stephanie is in her late 30’s, she’s a war photographer, she has a daughter, and I was pulled in by that, and Lucy’s strong writing. 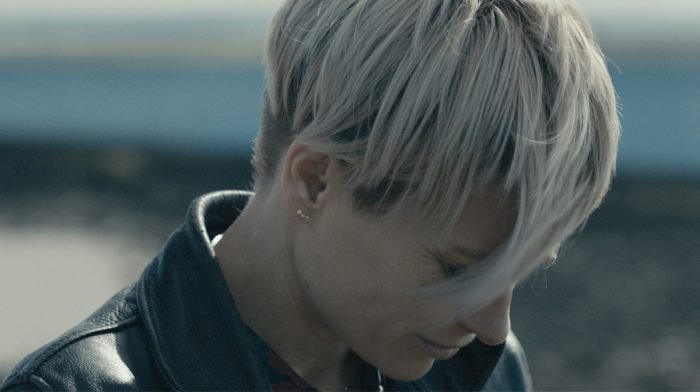 Zavvi: You mention there you were nervous about the physical nature of the role, it could be potentially dangerous. Did this play in your mind during filming?

Sian: Yeah. We are all human and as much as we think we understand ourselves and our limitations, you never do really know what will happen. It would have been wrong for me not to have thought that.

None of us wanted to put anyone at risk, so we put in place the right strategies to do this as healthily as possible, getting in a nutritionist and trainer, doing it for over three months. 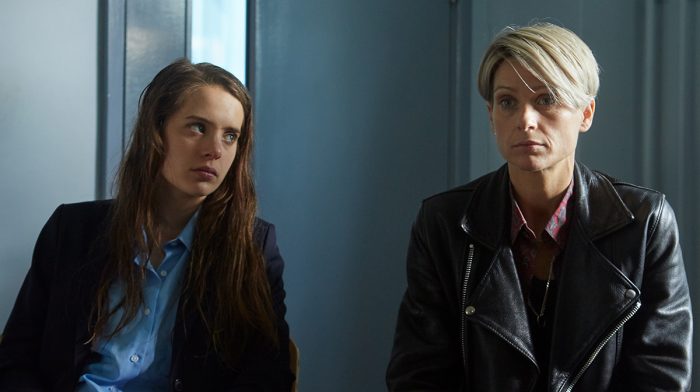 Zavvi: Did you do much research into eating disorders before filming?

Sian: I leant plenty and thankfully Lucy’s research was extensive, it was essential to portray it as honestly as possible.

But also from talking about it to friends, family and colleagues, so many people came forward with a story of either themselves or someone they know being affected. That was surprising, how widespread it was. 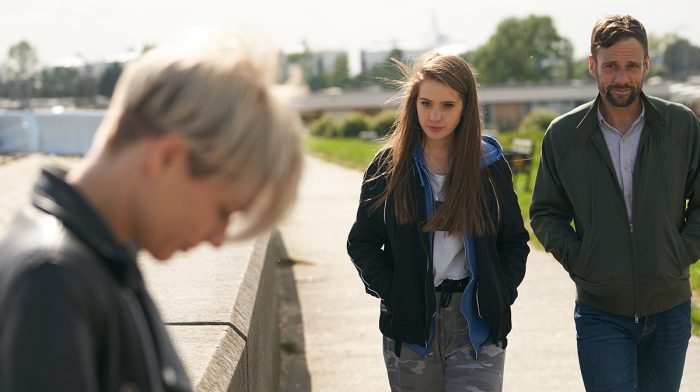 Zavvi: As you said earlier, this is a film that cuts through stereotypes about eating disorders. For example, we also join Stephanie as she leaves a treatment centre, we don’t see the I suppose origins of the condition.

Sian: Yeah, it’s the aftermath. Not everyone gets over it and there are challenges just with reentering society.

With this particular situation she has been dealing with this for two decades and what runs deep throughout the whole movie is how that has affected the family.

She is trying to make amends for the ripples that have gone through it, and that is interesting to show, that side of things. 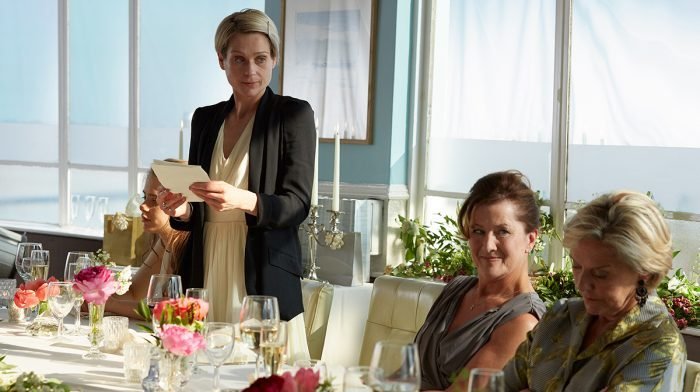 Sian: I find female relationships so interesting, and when they are portrayed well it’s fascinating. We haven’t had a huge amount of that.

What Lucy’s writing really got right was the walking on eggshells between Stephanie and her mum. They genuinely want each other but there are so many barriers from past experiences, and that resonates with all of us. These three strong generations of one family, it’s an interesting dynamic to explore. 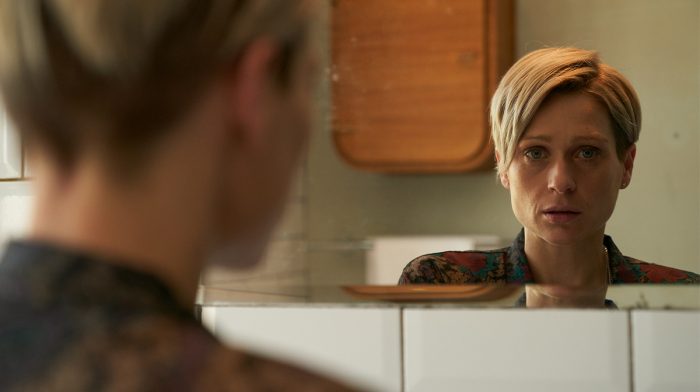 Zavvi: As you say there, they are ‘strong’, but there’s so much more to them too. Recently there has been much discussion about the problems with the term ‘strong female lead’, which has become a catch-all for any film or TV show that is female-led.

Sian: Yeah, why does everybody have to be strong? Let’s all agree that everyone is flawed, we all make mistakes.

In the film at any given moment it’s not dictated what the viewer should think about the character. What I love about it is that you are invited to draw your own conclusions. 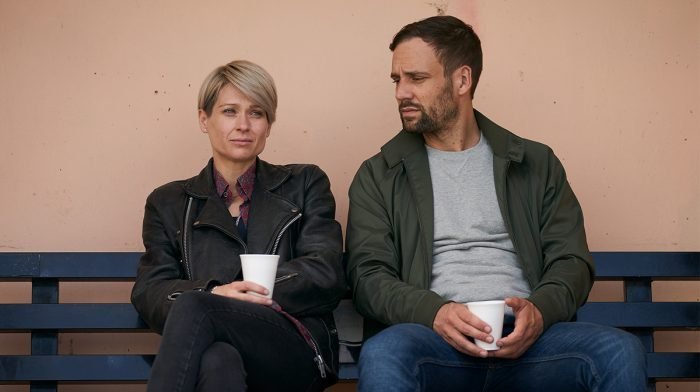 Zavvi: Writer/director Lucy Brydon drew on her personal experiences with eating disorders for the movie. Did that make it even more important to you to get the performance right?

Sian: Yeah, it really did. But also because of the subject matter it’s not something you can do light-hearted, you have to be responsible.

I hope this film opens up dialogue about it, and that it doesn’t just affect one demographic. That responsibility I found to be quite huge. 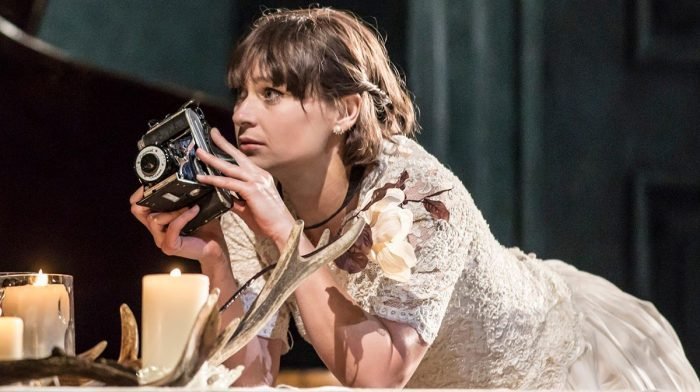 Zavvi: I actually was lucky enough to see you on stage as Ophelia in Hamlet, alongside Benedict Cumberbatch. You were fantastic, as was the production.

It was critically acclaimed, completely sold out. That must have been quite the experience?

Sian: I loved playing that role, and doing that production. I had never seen crazy buzz like that before in theatre. Initially I suppose I never wanted to play Ophelia because I thought it was a bit of a thankless part.

But then, in playing it, I totally fell in love with her. I had a pre-conceived idea of her but actually, she is very different.

I didn’t want to do an Ophelia we had seen before. I wanted to tell the story of someone grieving, and through that came all this frailty.

Also it was a brilliant cast, Benedict [Cumberbatch] was fantastic to work with. I’m glad you got to see that! 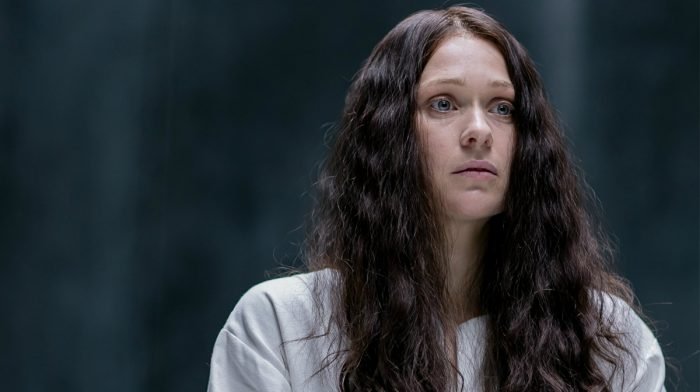 Zavvi: Oh yeah, I’m glad I saw it too! It was phenomenal. And of course you worked alongside Benedict in Sherlock too, playing Eurus.

Sian: I had to be so secretive and it was so hard to keep my mouth shut about who I was playing.

I loved playing that character. Steven [Moffat] and Mark’s [Gatiss] writing, it’s just so delicious. I had been a fan of Sherlock anyways so when it came around, I was like a kid in a sweetie shop. 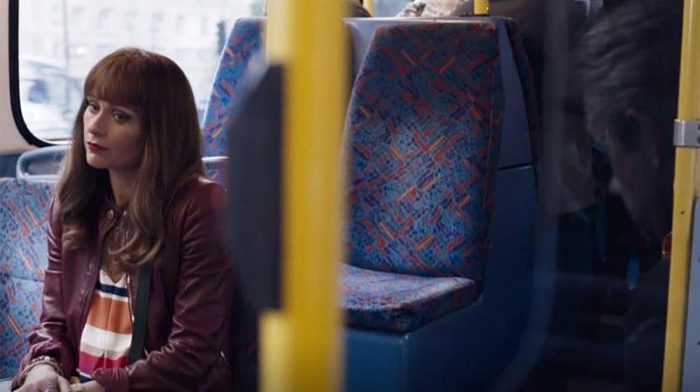 Zavvi: It also must have been particularly hard since she pops up as different personas early on in the season, before the big reveal?

Sian: I loved that! You rarely get to do anything like that. It was almost like going back to drama school!

It was challenging, but in a brilliant way. 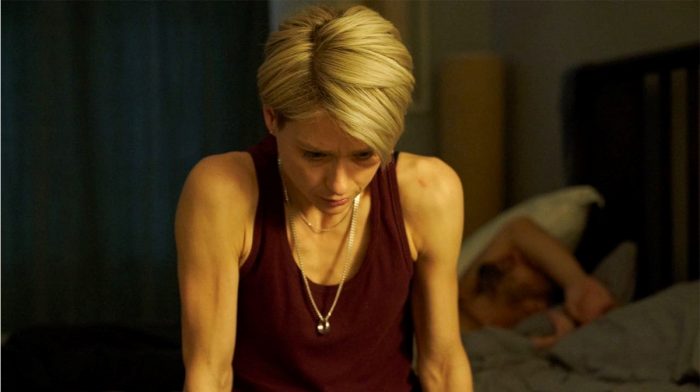 Zavvi: And finally, what is next for you?

Sian: I’m currently working on something for Apple TV at the moment, and it’s great to be back working, and be out of the house!

It’s nice to be back on set, different with the masks, social distancing etc, but you have to adhere to that as the reward is, you get to do what you love.

Body Of Water is in cinemas and on digital from 16th October.