After it played at this year’s BFI London Film Festival (LFF), Mogul Mowgli is now hitting cinemas and we can guarantee you have seen nothing like it before.

Directed by Bassam Tariq, who co-wrote the project with star Riz Ahmed, it is a heady, intoxicating and haunting experience, exploring the themes of identity, self and the importance of culture and family in an affectingly profound way.

As well as co-penning the film, Ahmed delivers a fantastic central performance as British-Pakistani Zed rapper who develops an autoimmune disorder shortly before beginning his world tour, returning home to his family reflecting on his memories.

Ahead of it’s screening at LFF we chatted to Tariq about the movie, his return to film, working with Ahmed and why the story is of personal importance to him.

Zavvi: Congratulations on the movie, it’s fantastic. How did this project start for you?

Bassam: Riz and I became friends when he was shooting [HBO series] The Night Of in New York. I met him and he stole my heart, and I realised how much we had in common with each other.

It was just a matter of time until one day we just said, let’s start working together, spit-balling and seeing where we would land. 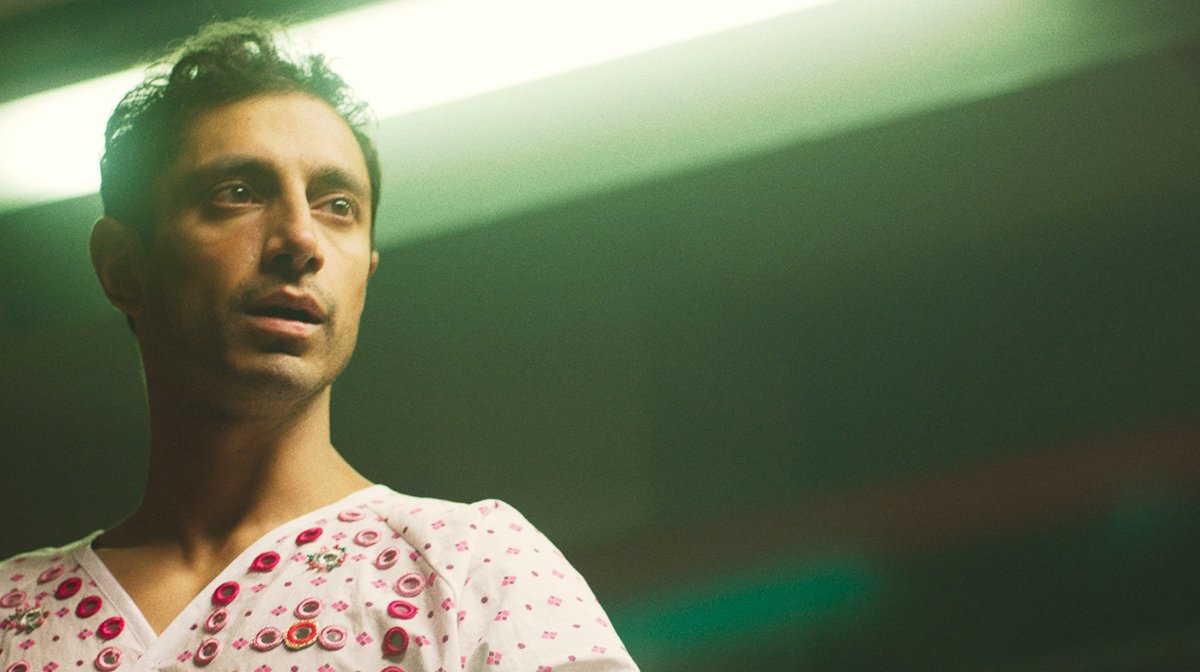 Zavvi: So you had made a feature film before (These Birds Walk), which was successful, but after making it you went back to working at a butchers.

Bassam: Yeah, actually the first time Riz met me I was at the butchers. I was done, so exhausted, and I didn’t know whether people had the language to comprehend the work I wanted to do with film.

So I thought I would put it aside, but when Riz came into my life it started to rekindle my love for this stuff. 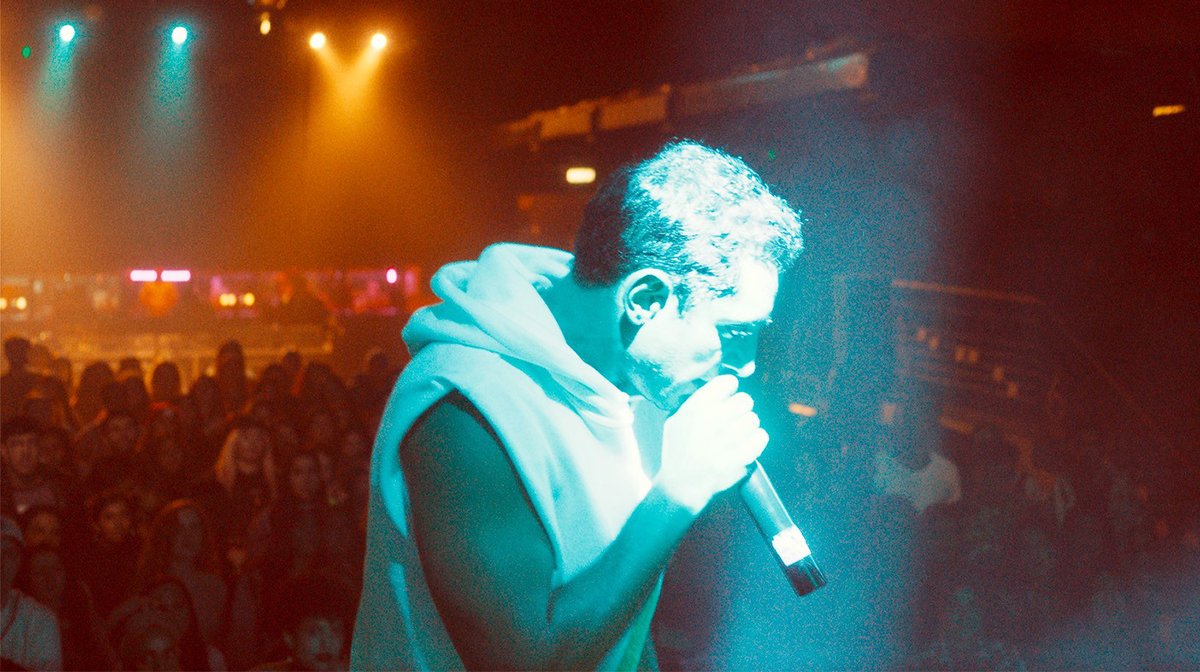 Zavvi: But were you nervous at all, to jump back into film?

Bassam: Well, the funny thing is, it’s one of those things you never feel you have a foot in, it’s at an arm’s length.

And no-one is sitting there watching for the next Bassam film, it’s all about my desire to make it or not.

It was only when I got into production, the filming, I thought this is getting real. 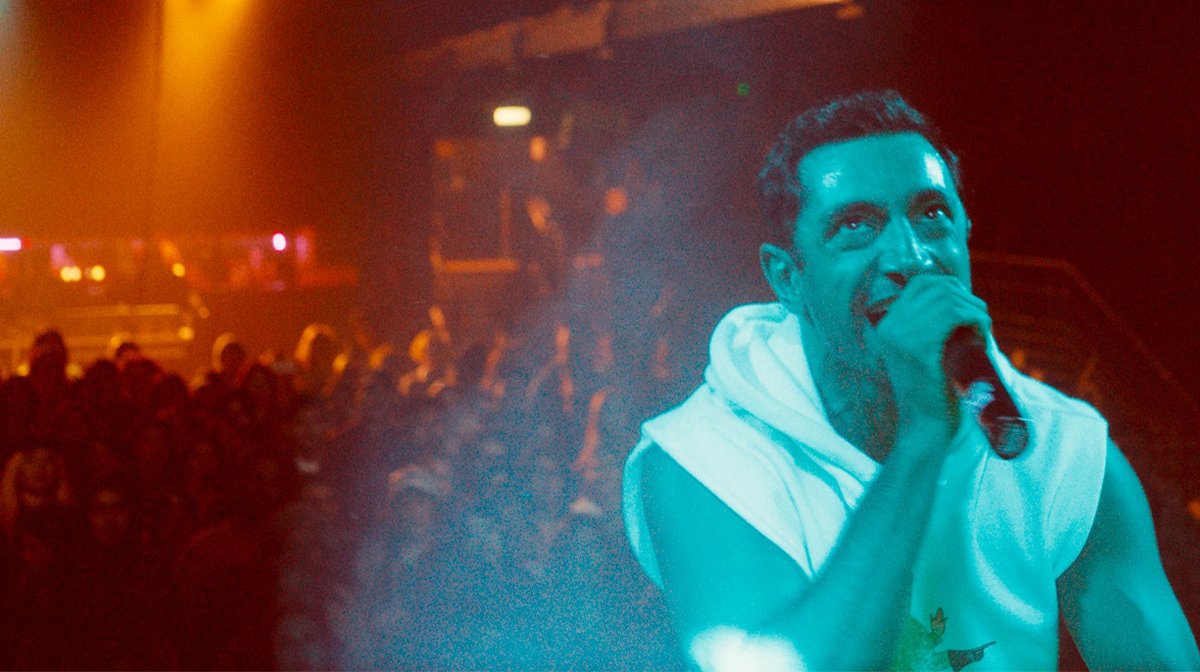 Zavvi: And what was it like writing with Riz. Did you ever have a conflict of minds?

Bassam: All the time. Massively. We are such different people so we come at it in different ways.

We learnt to meet in the middle. It’s not that he was wrong, or that I was wrong, we had both lived different true realities. It was most exciting when we did meet in that middle. 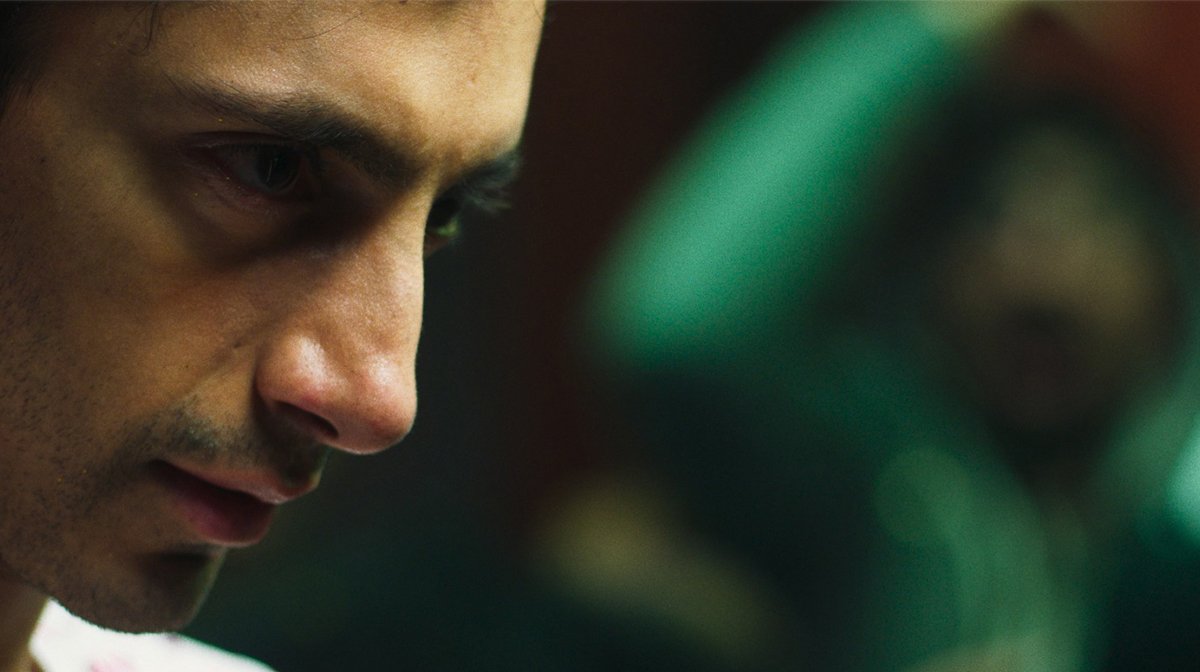 Zavvi: You both do have a personal relationship with the movie. How much of your own experiences did you pour into it?

Bassam: It’s hard to know where the film begins and we end, as so much of us is in it every step of the way, which makes it hard to watch. In a way I suppose he’s playing a version of himself, but also it’s not at all Riz. 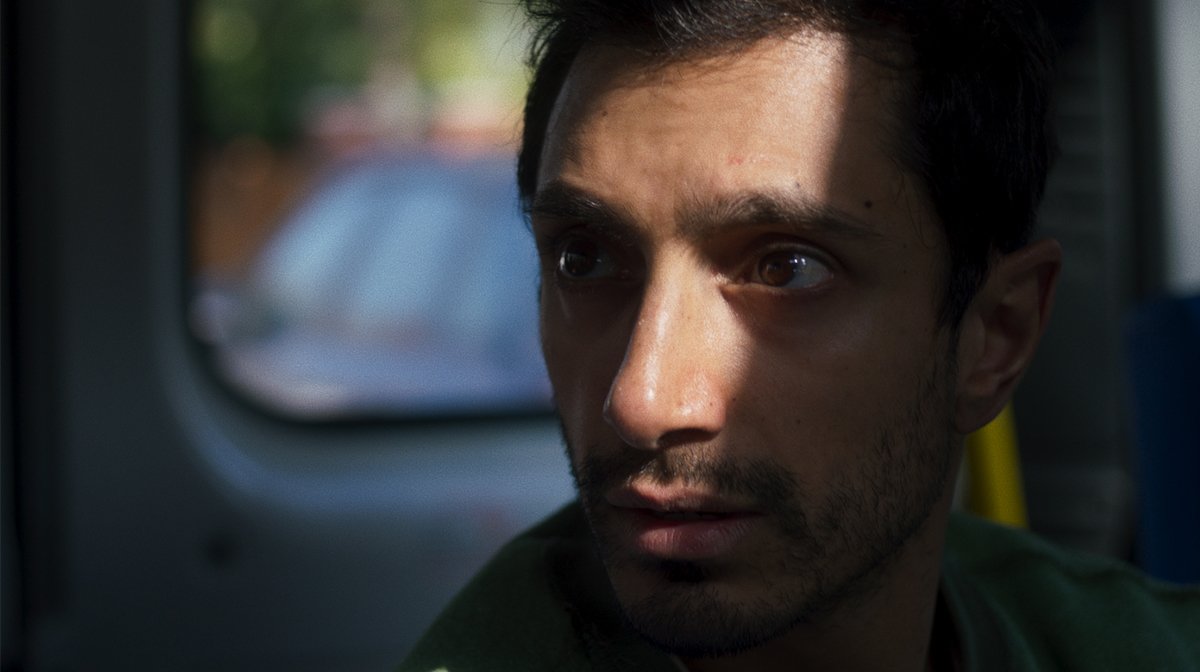 Zavvi: One of the most striking things about the movie is the focus on hallucinations, nightmares etc. Why tell the story that way?

Bassam: It’s a few things. Firstly, I just got really bored of social realism and that I had explored this already.

Also, I feel that we come from this tradition of stories where they take these curveball turns, like this Persian poem The Conference Of The Birds. It’s so beautiful, heterodox, syncretic – that’s us, we are this mongrelised thing and that’s what I bring to life.

Also, another part is from the Islamic understanding of illness, it’s a form of purification. We spoke to people with similar illnesses and what I learned is afterwards, they saw it as a gift, these veils are being lifted from your heart, there are present realities we may have not necessarily seen. 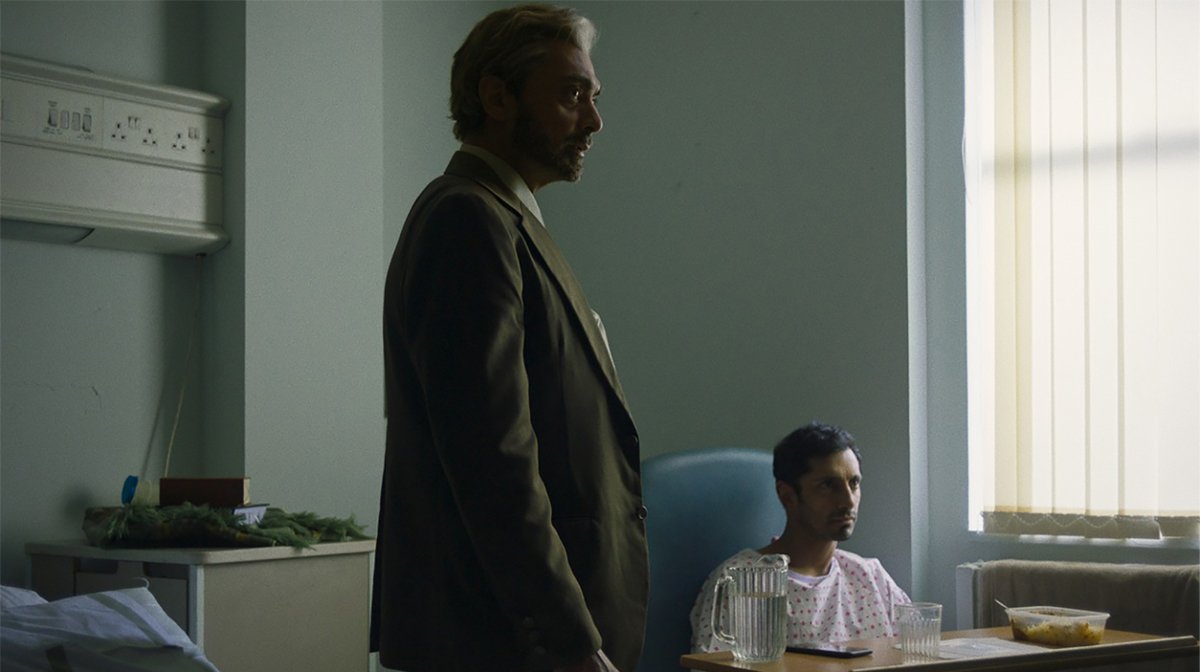 Zavvi: The illness. We are told it’s hereditary but other than that, we don’t know too much about where it has come from. Is it representative of the fact he hasn’t faced his demons yet?

Bassam: Yeah, and also his father hasn’t faced them. You realise that so much stuff is unspoken, because we can’t process it. 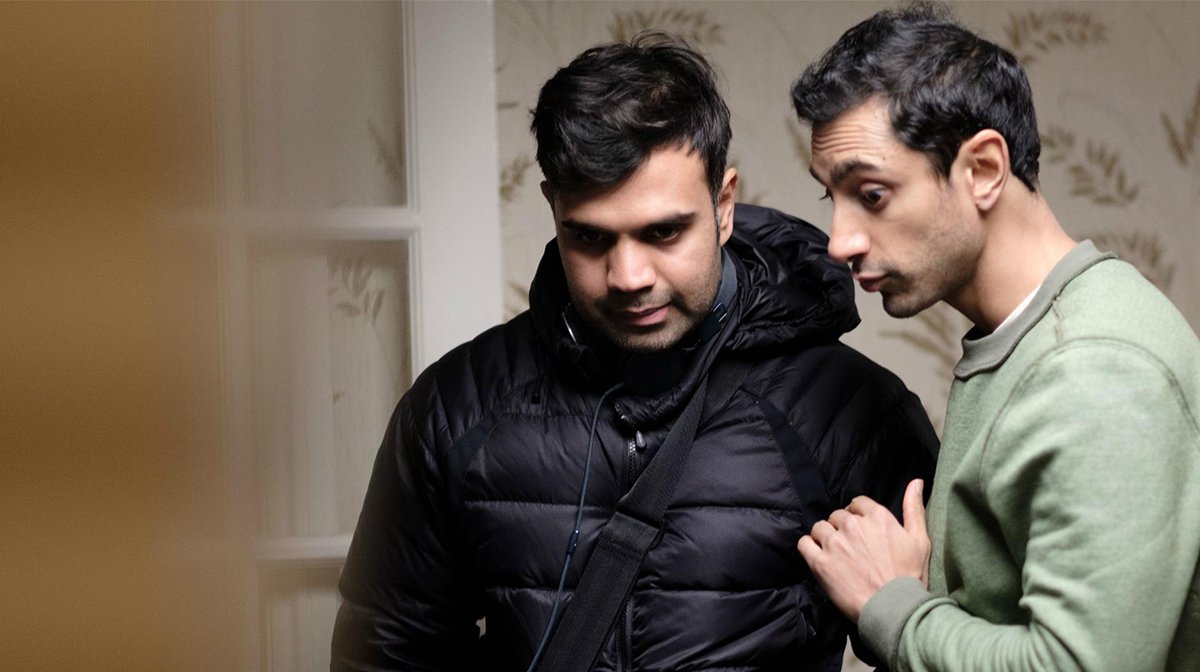 Zavvi: So your first feature was a documentary, and this is fictional. What is the biggest difference between the two in the filmmaking process?

Bassam: Timing. You only have days on the shoot when doing fiction, that was a challenge for me.

Also, working with bigger crews. It’s usually just me and a friend smuggling in gear to film, this was a different level.

The other element is how do you bring everyone else on board to a vision that is really complex and differently put together? It may not be everyone’s cup of tea, and that was a challenge. So much of fiction is an internalised process. 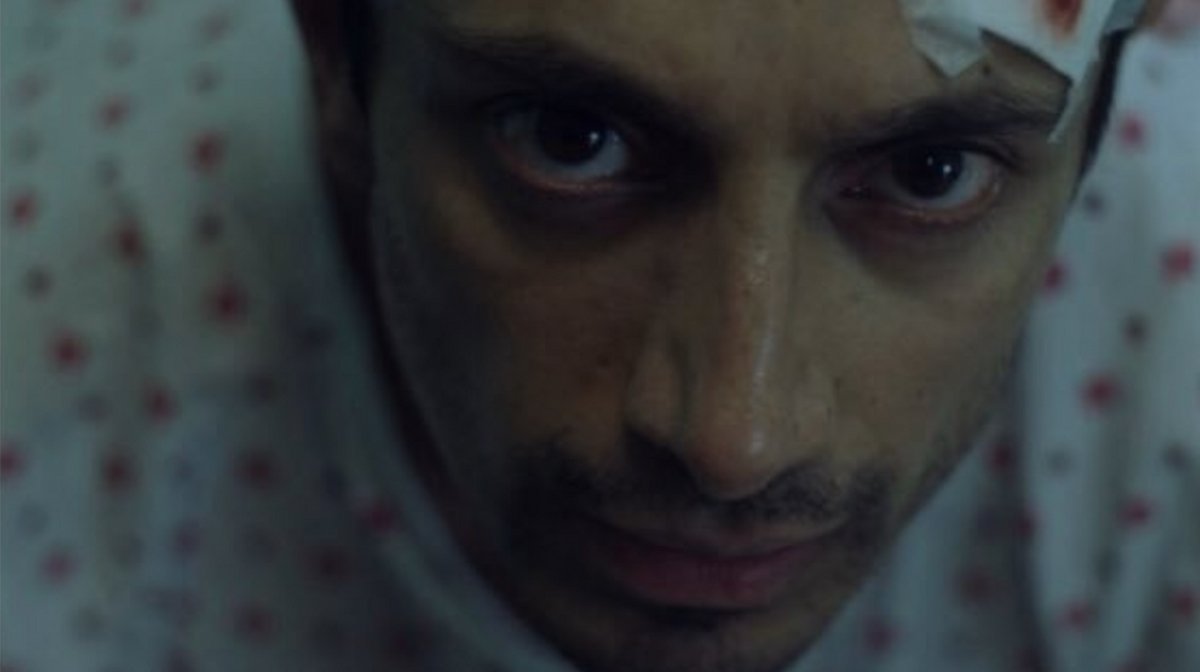 Zavvi: Why was it important to you personally that you tell this story?

Bassam: I want to believe that these stories are worth being told, in all of its weird, messy ways.

Also for me, filmmaking is about relationships, and I want to know that we can go through these crazy experiences and still come out as friends, even closer than we were when we started.

I also want to give myself permission to continue to make work like this, and not use it as a stepping stone to more of the same. 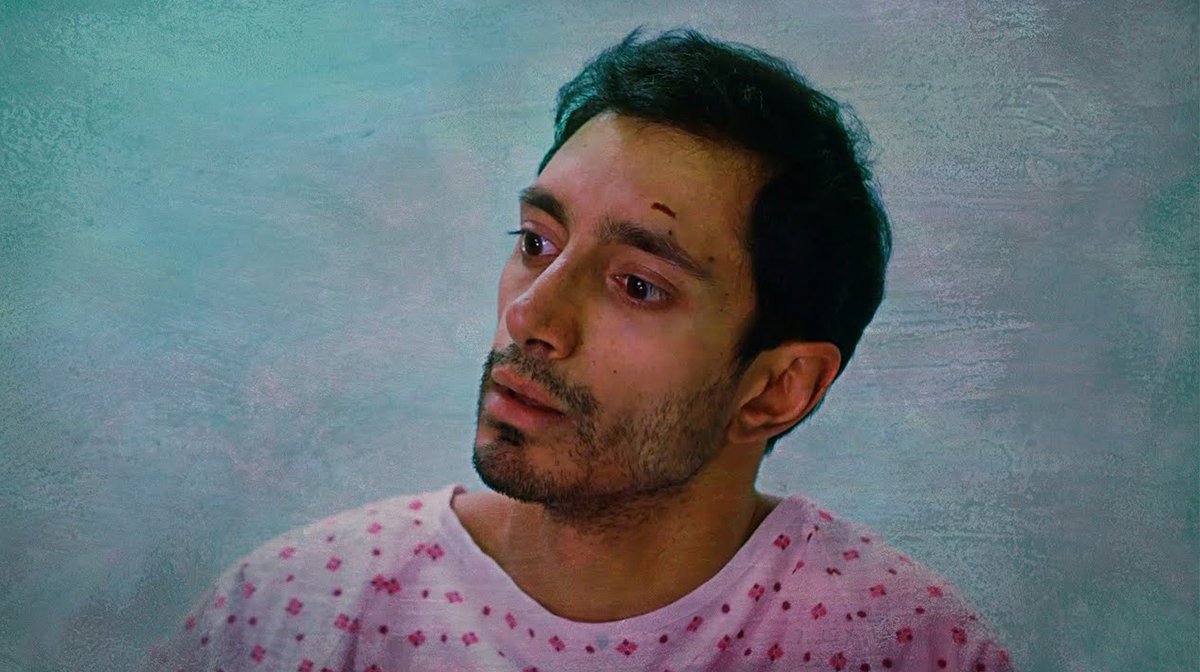 Zavvi: And what would you like audiences to take away from it?

Bassam: The best of cinema is when hearts are expanded, relief or catharsis, and whether that expansion leads to more compassion or empathy, I feel like that is up to the person. I also hope its like a papercut to the heart, it sticks with you for a while and it hurts.

Mogul Mowgli is in cinemas from 30th October; to experience the world of the film, head here. Near The Jugular, a season of inspirational and influential films chosen by Bassam Tariq and Riz Ahmed runs at BFI Southbank and on BFI Player from 19th October – 30th November.