Although marketed as A24’s latest horror film, Lamb is not the movie you may expect it to be. Following a childless couple as they discover and take in a mysterious new-born on their farm, that brief plot description may bring to mind numerous genre clichés.

However, whilst there are disquieting moments of fear, ultimately Lamb is a tender tale of love and loss.

At the heart of the film is Noomi Rapace’s moving performance as María, a grief-stricken farmer who seizes on the opportunity to become a mother, taking in a human/lamb hybrid child as her own.

We then see how far María and her partner Ingvar (Hilmir Snær Guðnason) will go to protect their new youngling, a journey that takes us to the depths of despair. 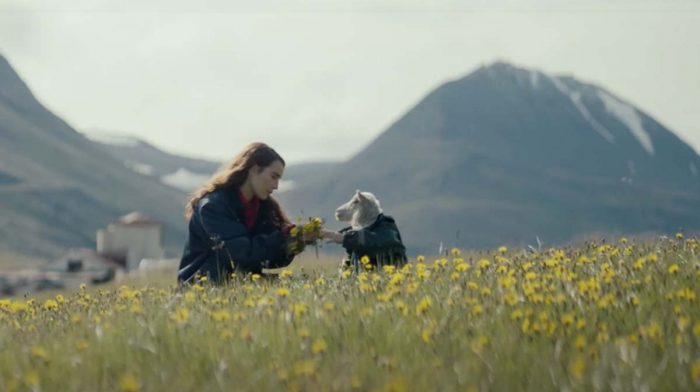 It was this theme of motherhood that caught the attention of Rapace, who as a mother herself felt a connection with María upon reading the script. Enthusiastic about the project, she signed on as both the star and executive producer, eager to dive into the haunting fairytale.

Rapace admits though the journey was far from easy, as her close bond with María was sometimes agonising. Speaking to us, she explained:

“I always dig into myself and use everything I’ve gone through, what I can relate to, to put into the character – then I let her take over.

“But it was really hard, quite painful, to invite María in me. I was away from my son a lot and all these memories of him as a baby came up. I had these dark and twisted dreams, it became really personal. It went into all fibres of my body.” 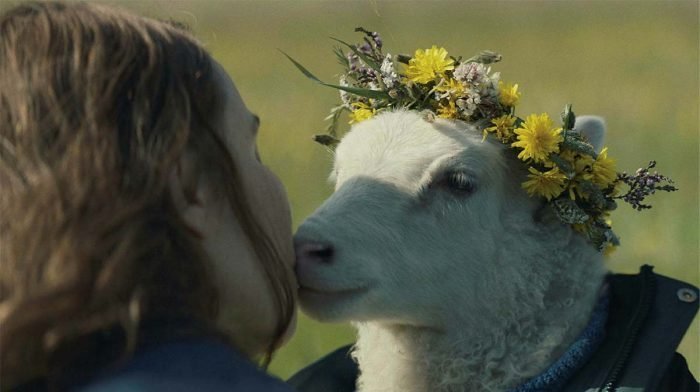 Rapace tapped into this pain for her performance, which without a doubt is one of her finest yet – María’s animalistic howls of agony will stay with you long after the credits have rolled.

The making of the movie was also emotional for Rapace as it saw her return to Iceland, where she spent a lot of her childhood and made her film debut at the age of seven in In The Shadow Of The Raven.

It’s clearly somewhere the actor feels very connected to, as she describes the “magical” experience of shooting on location there: 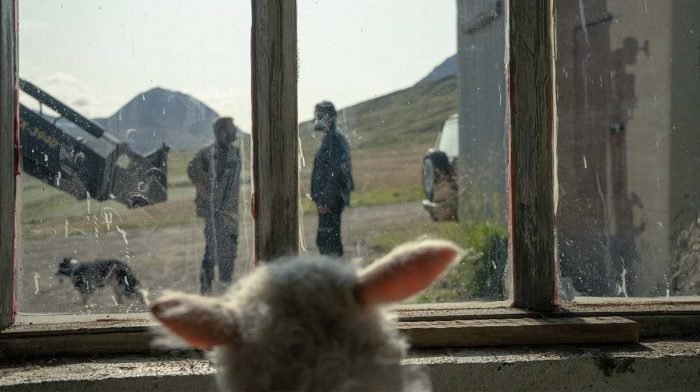 “Iceland’s nature itself is a character, and I have a strong love story with that. So, it felt like I was reconnecting with something that had been missing from my life for quite some time.

“Also, there was a certain magic to the isolated sets, as shooting there felt like you were being stripped down, with nowhere to hide. Which matched the story as I knew from day one that it had to be as real, honest and peeled back as possible.”

When Rapace says “real” she means it, as on her first day on set she dived right in helping a sheep give birth to a baby lamb. Although she was admittedly nervous, the actor tells us in a strange way she felt as if she was “born to do it”, leaning into the “waves of nature” feeling “protected by the rhythm of life”. 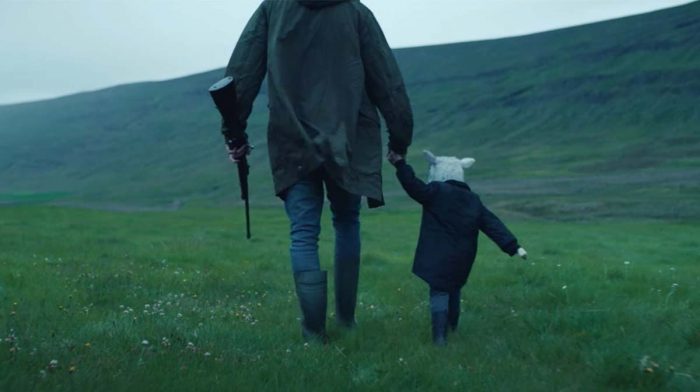 For Rapace, this was the perfect way to kick off production on the movie, knowing that the cast and crew themselves were also about to give birth to something special:

“It was nerve wrecking but beautiful. I could see this mother sheep breathing and pushing, and I knew I just needed to be there for her. It was a sparkling moment where life begins, and I was there front row.

“It set the tone for the whole film as if we work from a place of total honesty and openness, able to say when we are scared, then we could work it out. Delivering that baby lamb, it felt like we were all delivering this movie together.” 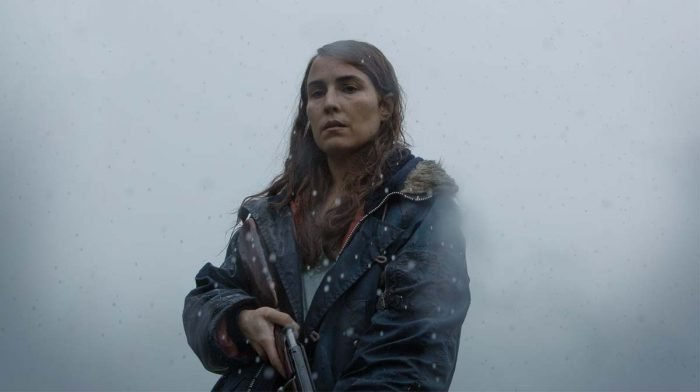 The actor is very thankful for the support from the film’s writer/director Valdimar Jóhannsson who was there every step of the way with her.

Although Lamb is Jóhannsson’s feature directorial debut, he had previously worked with Rapace on Prometheus, Ridley Scott’s Alien prequel which helped shoot the actor to international stardom.

There he worked as a special effects labourer, and struck up a friendship with the actor, which ultimately led to Lamb. 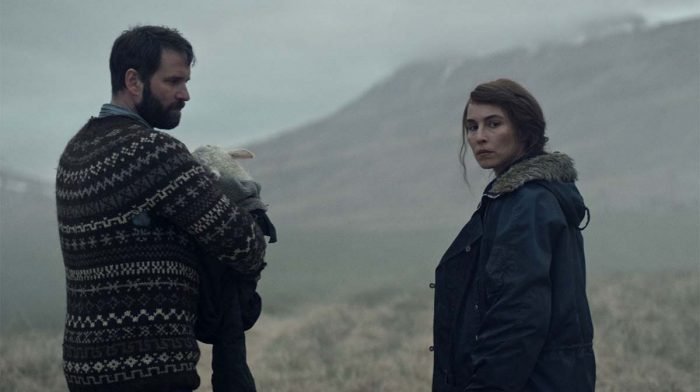 It’s hardly surprising that in a film called Lamb the sheep are also the stars, with human/lamb hybrid Ada being the headline act.

Although the saying goes you should never work with animals or children, the cast and crew of the movie found themselves doing this on the daily.

A total of four lambs and ten children portrayed Ada, all of whom were switched out continually, something Rapace says required “lots of patience”. However, everyone on set knew that the process will be worth it in the end though to ensure Ada works as a character. 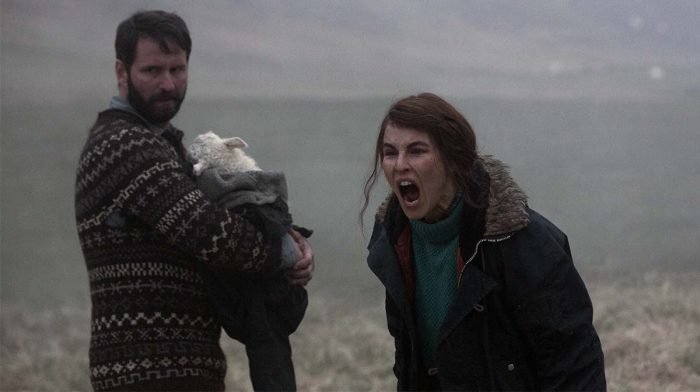 Rapace elaborated: “We knew that if she doesn’t work, it could be the worst movie ever! Ada had to be a character you believed in, otherwise the whole film would fall apart. After a week or so we forgot that what we were working on was something strange, as it felt like we were doing a normal family drama.”

In a way this is also true of the film itself as whilst there’s no doubt that it’s an unusual beast, at the end of the day it’s a simple story about a family, one that addresses themes we can relate to.

Rapace hopes then that all audiences can find something in Lamb to connect with: “For me, Lamb is a universal movie that taps into lots of different emotions. 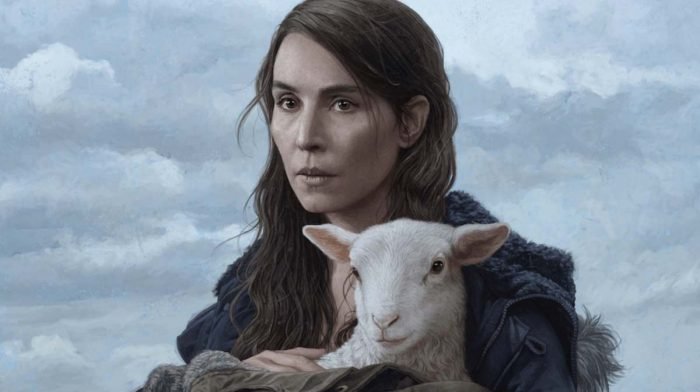 “Depending upon what you have lived and where you are from, it will become something different for you. Our movie doesn’t really belong to any genre – it has its own cinematic language and lives in its own universe. We invite audiences in to live with us for a moment, they don’t need to place us anywhere.”

Rapace is now looking for another journey to embark on with Lamb’s writer/director Jóhannsson. She concludes: “We want to find something to do together again, which would be amazing as it’s one of the most beautiful collaborations I’ve ever experienced.”

Lamb is out now in UK cinemas.