Streaming now on Disney+ and out next week on home entertainment, a lot rests on the shoulders of The King’s Man.

The latest film in director Matthew Vaughn’s Kingsman series, the prequel acts as an origin story for the world’s only independent intelligence agency, and hopes to rediscover the franchise’s spark so that it may long continue.

Featuring a new cast of characters, the film takes us back to the early 1900s as a collection of the worst villains from history gather to plot a war that will wipe out millions.

Only one group of people stand in their way: Duke Orlando Oxford (Ralph Fiennes) and what will become the founding members of the Kingsman agency. 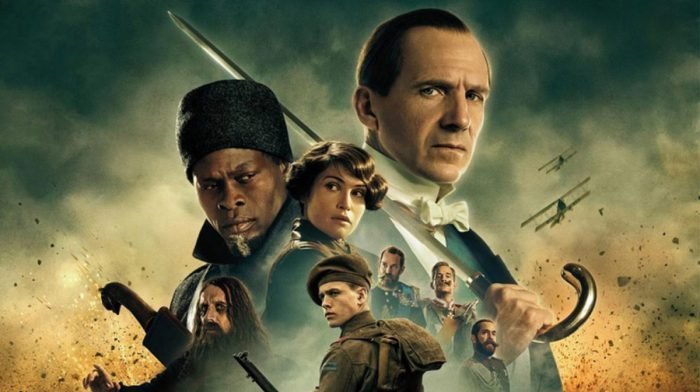 This quartet are the film’s central family, with the intimate bonds that form between them leading to both tender and heartbreaking moments.

Indeed, in comparison to the previous two films, The King’s Man is much more emotional, never shying away from the horrors of the First World War.

Whilst it does stand out in the series because of this, audiences can of course expect the usual exhilarating and stylised action scenes for which the franchise has become known. 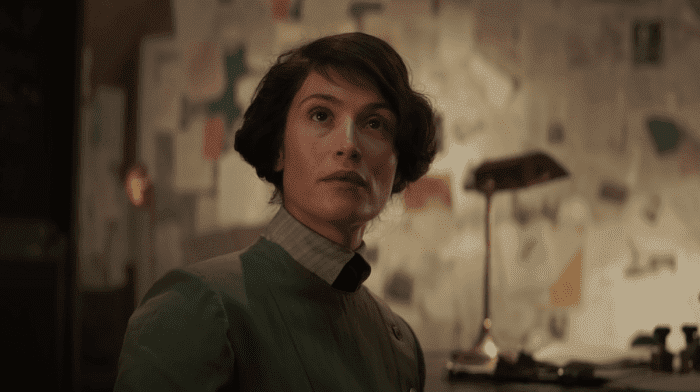 This was one of the reasons Hounsou was attracted to the project, being no stranger to stunt work and a fan of filmmaker Vaughn’s eye for action. However, Hounsou admits to us even he was unprepared for just what the fight sequences in The King’s Man would entail:

“I’ve wanted to work with Matthew for a while. After he wrapped on Snatch [Vaughn was a producer on Guy Ritchie’s iconic movie] we met briefly and hoped to do something together. Sadly, that didn’t happen, and it’s taken a while, but eventually we have on this.

“There’s a level of danger going into his films – he’s quite particular and I didn’t expect that. I come from a martial arts background, so I get a sense of action choreographing quickly, but with Matthew and this film, it was a challenge!

“But it was also a lot of fun – anytime we were shooting these scenes we would become like kids playing house.” 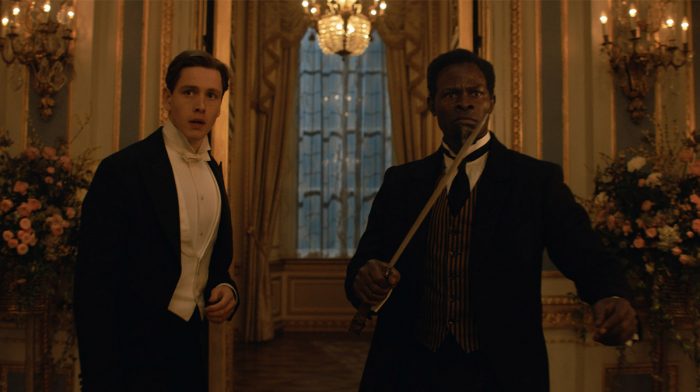 One of the stand-out action scenes sees Hounsou’s Shola take on Rhys Ifans’ Rasputin. Yes, you did read that right – the always excellent Ifans portrays the infamous Russian mystic Rasputin in this movie. Get ready to sing “ra, ra, Rasputin, lover of the Russian queen, there was a cat that really was gone” at the top of your lungs!

The real-life figure is one of many who appears in The King’s Man, which puts a fun twist on historical events. Here he’s a member of a group of villains who are setting things in motion for war, led by the mysterious Shepherd whose mission is to destroy the ruling societies of Europe.

For a character as magnetic as Rasputin, Vaughn needed a charismatic actor – enter Ifans who undoubtedly steals the show by dialling his eccentric performance up to one hundred. 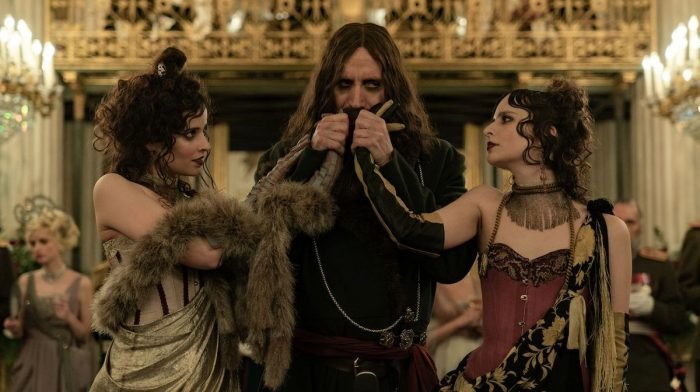 For the actor it’s a dream role: “He’s one of those characters in history who has always had mystery surrounding him. A lot of what we know about him is myth, hearsay and gossip, so he lends himself to being portrayed in a fantastical franchise.

“You can stretch it, bend the rules to fit him into a narrative which here is a bloody mad trip.”

We doubt that the real Rasputin had the same flair for hand-to-hand combat as he does in this film, with audiences getting to see the character’s unique fighting style in his battle with Shola, Oxford, and Conrad.

What makes Rasputin’s approach to the brawl so original is that he dances as he fights, with the team incorporating in Russian dance moves and martial arts into the choreography. 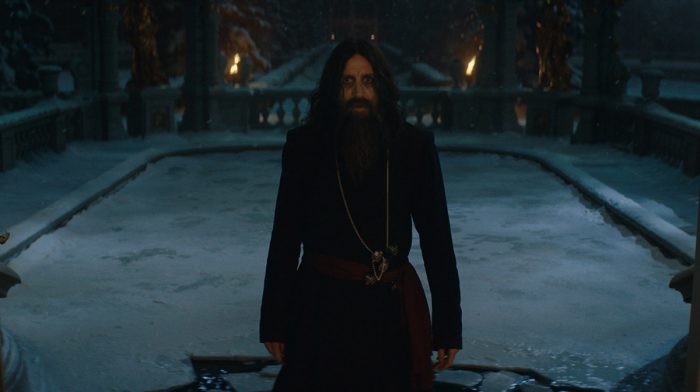 This presented Ifans with quite the challenge having never done a scene quite like it. Still, he gave it his all:

“I’ve never done anything like that before, a massive action scene, I don’t get those jobs. We had to prepare for three/four months before shooting, training in the gym every day, in order to sustain the workdays.

“It was really taxing physically, absolutely gruelling, but of course we had a stunt team standing by. In my case I had two expert dancers from Georgia who had been learning Russian dancing from when they were toddlers.

“But I walked away from it thinking I absolutely played my part in that! I put my heart and soul into it, and felt exhausted and satisfied as a result.” 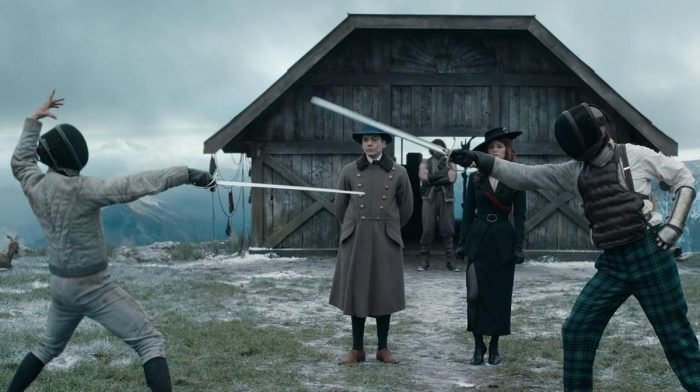 One of the smartest tricks of the movie is casting a singular actor to play this trio of characters – none other than Tom Hollander who clearly loved switching up the accents, beards, and moustaches.

He explained to us that when he was approached with the idea, it was an easy decision to make: “I accepted the task very quickly as it sounded very fun!

“On the shooting days it demanded a certain amount of concentration, but the idea and end result were fun. I most enjoyed doing the bit where all three of them appear at the same time.” 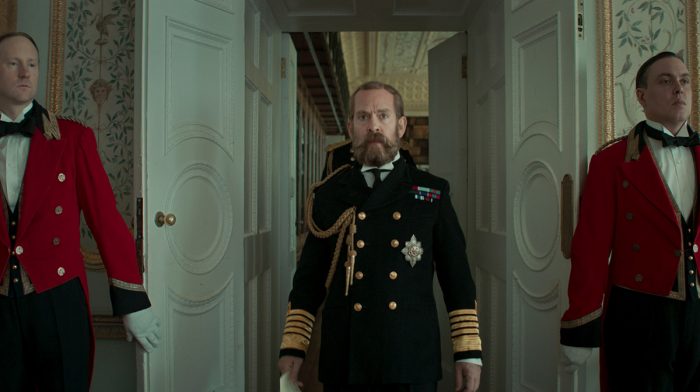 Despite being a fan of Vaughn’s previous work Kick-Ass, Hollander admits he was unfamiliar with the Kingsman movies when the filmmaker pitched the idea for this prequel to him. Watching them only made the actor more eager to sign up for the project:

“When this was proposed, I watched the films on successive evenings and thought they were brilliant. I hadn’t realised quite how entertaining and clever they would be.

“So, I was thrilled to be invited to take part in this. Even though it’s different tonally, it has many of the same elements.”

Hollander didn’t just become a fan of the Kingsman series though, as he was also taken aback by Vaughn’s extensive work building this world on the big screen.

Working on The King’s Man led him to further admire the filmmaker: “He’s a force of nature, and he’s not scared of saying things are terrible. He’s brutally honest but it meant we knew where we were.

“I did think ‘goodness, some people are so full of energy and impressive’. The amount of work it takes to create films like that, it’s years of relentless drive which he has in endless supply.” 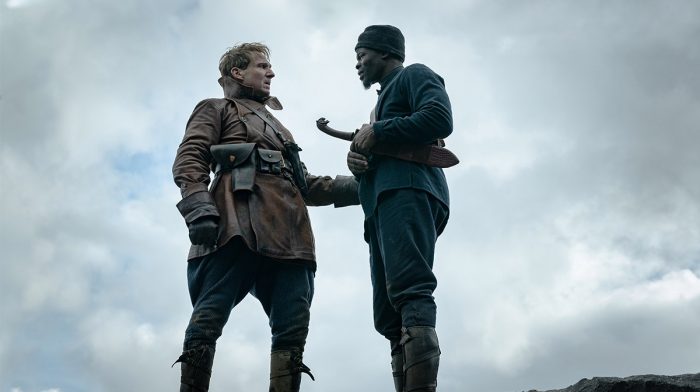 Vaughn really does seem to have an “endless supply” of ambition and ideas of where to take this franchise.

A Kingsman film to follow on from The Golden Circle has been in the works since 2017, whilst a mid-credits scene in this latest movie hints at another story that will be told in this universe.

We won’t spoil it for you of course… you’ll have to see The King’s Man for the teaser and what Ifans accurately describes as a “bloody mad trip.” This is a Kingsman film after all, what else would you expect!

The King’s Man is out now Disney+ and digital. It will be released on 4K, Blu-ray and DVD on 21st February.