Two names you would have never expected to appear in the same sentence together are Maurice Flitcroft and Kanye West.

The former was a British man known in the media as the “world’s worst golfer”, whilst the latter is widely regarded as one of the best rappers of all time.

So, what connects the two? For director Craig Roberts, who brings to life Maurice’s story in new movie The Phantom Of The Open, that was obvious. He explained why to Zavvi: 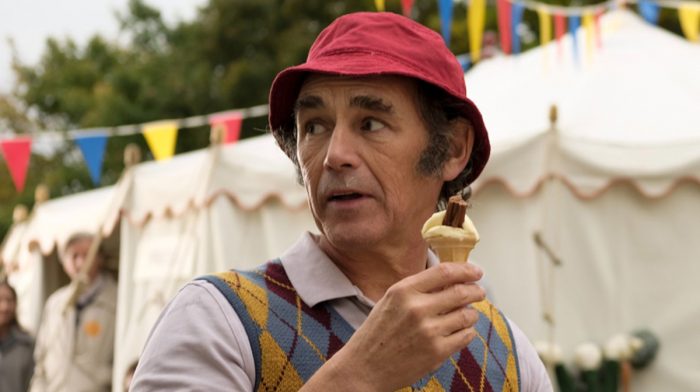 “I think of Kanye West when I think of Maurice, they had a similar approach. At the beginning of his career Kanye was like ‘I’m the best and I’ll be an amazing rapper’ – fortunately it worked out for him.

“But that attitude is rare, especially in the UK where there’s the expectation to be humble, which is wonderful, but you have to believe in yourself at the same time too.”

As we see in the film, Maurice was a dreamer like no other, entering the 1976 British Open despite having never played a round of golf in his life.

Naturally he became a beloved folk hero, with the British public lapping up the unbelievable story of the shipyard worker turned plucky golfer. 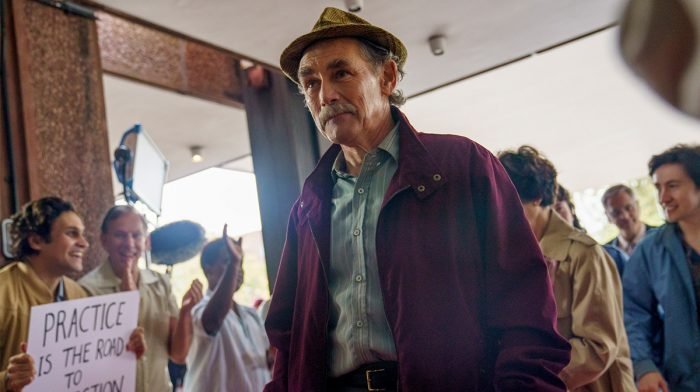 Writer Simon Farnaby, who penned the screenplay and co-authored the biography it’s based on, had become enamoured with Maurice like so many others – to the extent he wanted to bring this story to more people.

He remembers well the first time he heard Maurice’s name: “When I was a junior at a golf club, ‘Flitcroft’ became a byword for being a bad golfer – I didn’t have a face to put to the name though, just this legend. Years later, after I had given up my life in golf, I read his obituary and was like, ‘oh, it’s this guy’.

“The more I read about him the more intrigued I became. And it was a way of bringing together two of my passions – golf and comedy.” 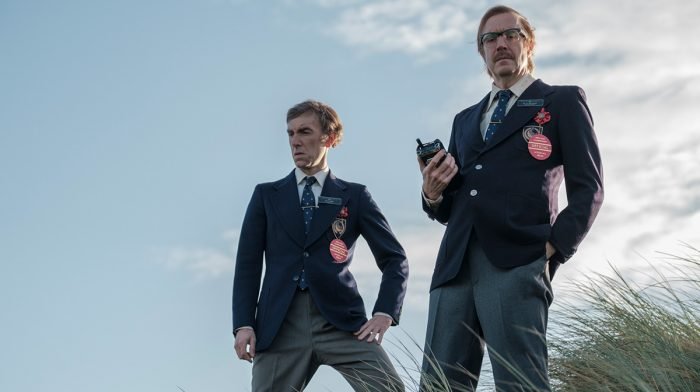 Alongside his journalist friend Scott Murray, who co-wrote the book, Farnaby took a deep dive into all things Maurice Flitcroft, looking at newspaper archives and speaking with his family.

It was his conversations with Maurice’s sons (the disco dancing twins featured in the movie) that provided the most insight, especially since they let Farnaby look inside a box of their dad’s possessions, which included a 500-page unpublished autobiography.

Describing this as a “treasure trove”, Farnaby says this helped him dramatically improve the script treatment he had already written: 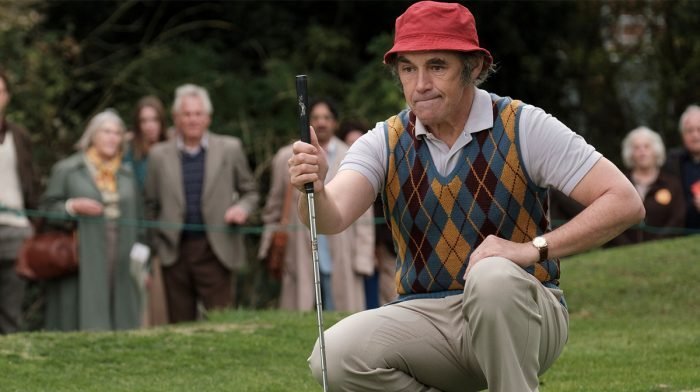 “I went back to my very bad screenplay realising I didn’t have a clue what I was doing. There were so many gaps before so I had made stuff up, such as giving Maurice a one-armed golf teacher as that’s what I had.

“After doing the research for the book I realised I didn’t need to do that though as it was all there, so I had to make it truer to Maurice. We ended up cutting stuff actually that was too bonkers for the film!”

These true tidbits from Maurice’s life that ended up on the cutting room floor included the story of when he went to EMI Records with the ambition to write pop songs, despite not playing a single instrument or creating any music.

And then there’s the one where Maurice joined an acrobatic diving troop, saying he could dive when he couldn’t. They ended up employing him anyway as a comedic act, although an incident with a plank soon put an end to that knocking out all his teeth. 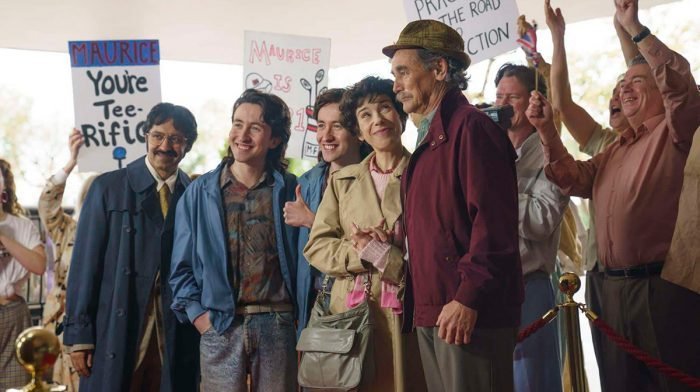 Although Maurice clearly had a great sense of humour and enjoyed making people laugh, he always took himself seriously too, which is something Farnaby was keen to emphasise in the script:

“The crucial thing for me was that Maurice was serious about what he was doing. Lots of people said he was a joker, but when we spoke to family and friends they all said not one bit of him was joking. He genuinely believed he was good enough to play in the Open.

“He was in a social strata that had no connection to golf – so he didn’t know any better. He was a really bright guy but just chose to do something really ridiculous.” 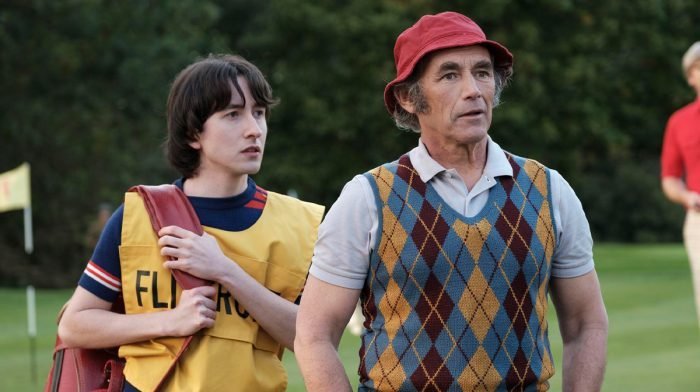 This led Farnaby and the producers to reach out to filmmaker Roberts, who they felt would also understand why this approach was so important. Roberts adds:

“They had seen my second film, Eternal Beauty, which is a movie about someone living with paranoid schizophrenia. When I made that I tried to ensure we laughed with it, rather than laughing at it, as it’s a comedy in places.

“They connected that with Maurice and so sent me the script. I loved it so much I didn’t want anyone else to direct it, so I did the homework and pitched.

“I saw the movie as a birth lottery story – Maurice was dealt a hand but went against that, broke out of the mould people thought he should be in. That’s what I connected with the most.” 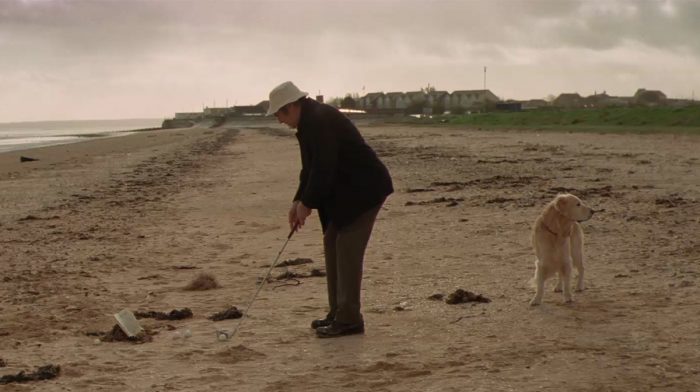 Roberts admits he was nervous about directing someone else’s script, wanting to do it justice, especially since Farnaby had wanted to make this movie for a long time.

Chatting to a friend he was advised to “find [his] own way into it, how [he] wants to tell the story”, and that inspiration came from perhaps a surprising place:

“There was a scene in the script where Maurice opens his overalls like Superman, and that’s when it clicked for me. One of my favourite movies is Punch-Drunk Love and in that film the character Barry is Superman. I thought, ‘maybe this is my version of that’.

“I said ‘let’s make Maurice Superman’, so at the start of the film there’s a comet that beams to him, his number plate is his Kryptonian name, and he’s got the same dog as Superman. So – he’s Superman. That’s what also informed the iconography – the flashing colours, the scenes of him trying to fly.” 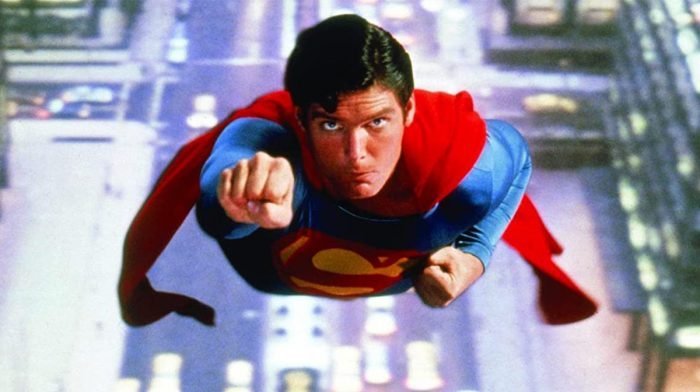 The Phantom Of The Open is visually stunning, showing real flair with its fantastical dream sequences and bright cinematography.

It certainly helps it stand out from the crowd when compared to other British films about underdogs and the working class, which are often told against grey landscapes.

Using Superman as a launching pad, Roberts often found himself referring to adventurous blockbusters to find the aesthetics of his movie:

“In British cinema a key part of our DNA are socially real films, and period dramas – which is fantastic. But here Maurice wanted to do something bigger, I wanted to capture that escapism so the reference points came from American cinema. It felt right to shoot in 2:35 anamorphic [widescreen], make it feel grand.” 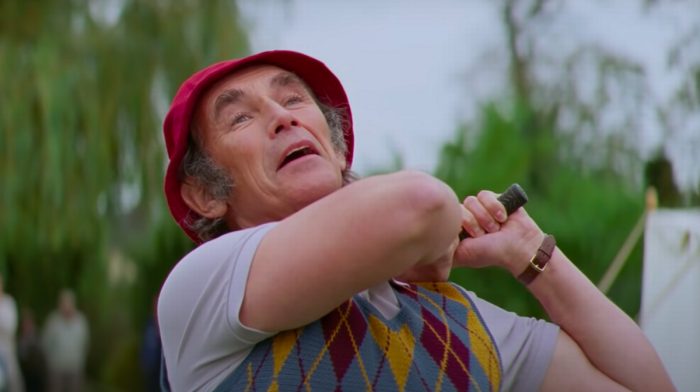 With the visuals now laid out it was time for Roberts to find his Superman, the actor to play Maurice. The team all agreed there was only one man for the job – Oscar winner Mark Rylance.

The director never expected Rylance to say yes though: “It was always Mark we wanted, but we didn’t think we’d get him. We sent him the script and a letter, fortunately for us he hadn’t been sent many comedies in his career so was eager – and the screenplay of course is fantastic.

“Mark set the tone really. We could have easily put a comedic actor in the role and it would have gone another way, but Mark is a dramatic actor who is very funny, which suited how I wanted to shoot the film, as a drama not a comedy. It was funny enough anyways, we didn’t need to play with that.” 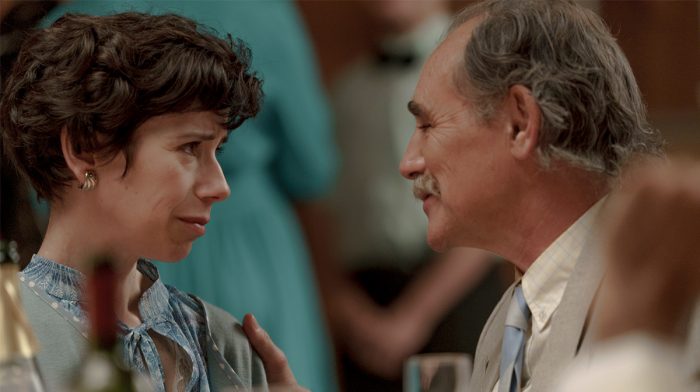 Writer Farnaby never had Rylance in mind whilst penning both the book and screenplay, but admits the actor made him think differently about a character he thought he completely knew:

“Mark brought a whole new dimension to the character, as he wanted to keep people guessing as to what was going on in Maurice’s brain.

“I always thought I knew what he was thinking, but Mark came in with a twinkle in his eye and played up Maurice’s unpredictability.

“For example, there’s a scene in a car where we see Maurice seemingly looking devastated. He puts his head down, but when he looks up again he’s smiling. I thought that was great as the audience will go ‘what is he thinking?'”

Although we will never know exactly what was happening in Maurice’s mind, we can learn a lot from him, with Roberts emphasising that working on the film helped him see ‘success’ differently.

The Phantom Of The Open questions what this is, concluding that it isn’t about winning, it’s going the distance and playing your part.

Farnaby concludes: “Maurice went for his dreams and we all should too. No one gets to the end of their life and thinks ‘I wish I tried to do less’.

“Who cares if you fail? Pursue your passion with gusto and if you fail that doesn’t matter – you probably learnt something about yourself through that.”

The Phantom Of The Open releases in UK cinemas on 18th March.