During the packed presentation, which was possibly Marvel’s best yet, the studio revealed exciting new details about upcoming projects such as Black Widow, The Eternals and a standalone Blade reboot.

Arguably the most shocking surprise, however, was the announcement that Natalie Portman will return as Jane Foster in director Taika Waititi’s Thor: Love And Thunder, where the character will obtain Thor’s incredible powers and wield Mjölnir/Stormbreaker.

Here’s a look at what we can expect from Jane’s Thor and the film.

What happened in the comics? 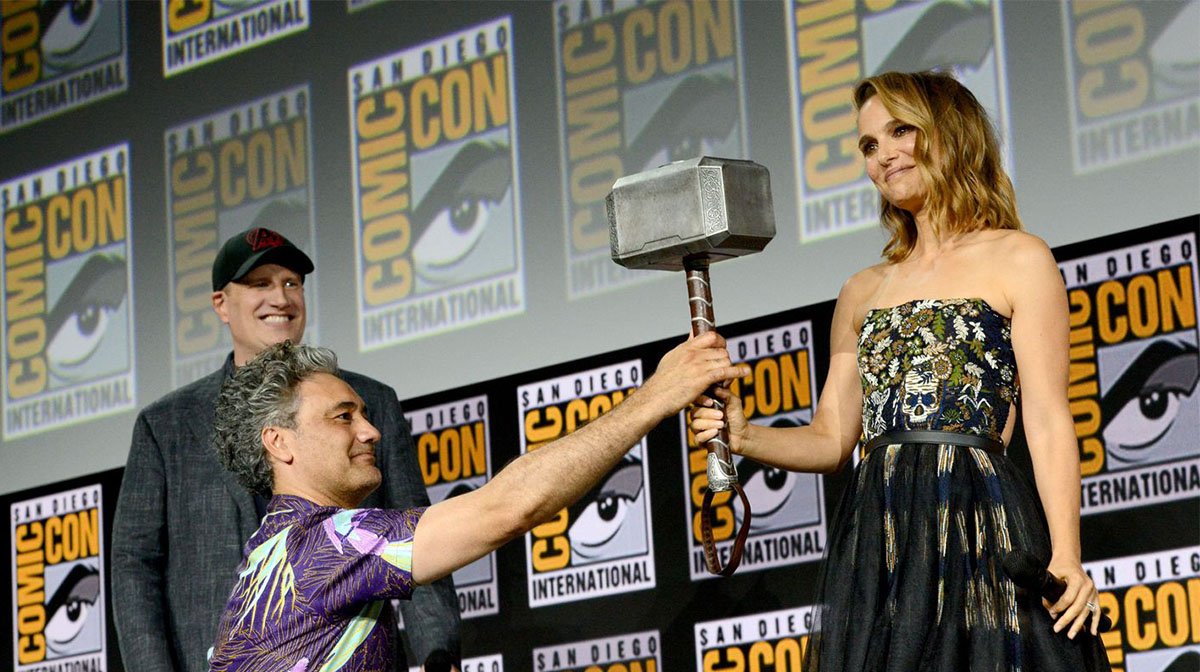 If you’re looking at this announcement solely as a MCU fan, it’s understandable if you’re slightly confused. After all, Jane hasn’t appeared in a Marvel movie (not including Avengers: Endgame) since Thor: The Dark World and last time we checked, the character had no superpowers of any kind.

But as anyone who has followed Thor’s comicbook adventures will tell you, this won’t be the first time Jane has suited up as the iconic God of Thunder.

While Jane originally lifted Mjölnir in a 1978 What If comic, the character officially inherited the title of Mighty Thor in a 2014 story-line by writer Jason Aaron and artist Russell Dauterman. 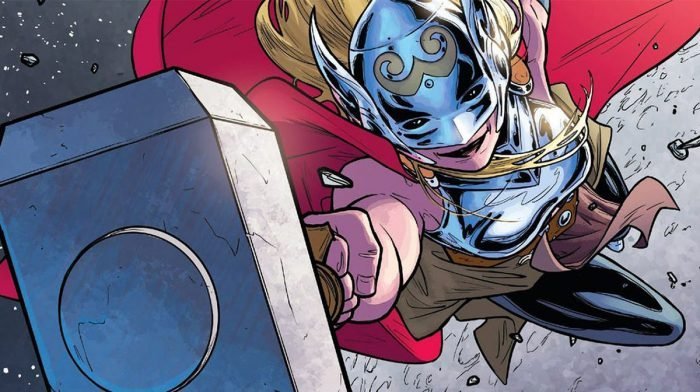 In that narrative, Thor was deemed unworthy to lift his hammer and Jane, who was suffering from breast cancer, was forced to take up the mantle. For the first few issues of the series, the new Thor’s identity was kept a secret until Jane finally revealed the truth to the original God of Thunder, who was now known as Odinson.

As she continued to protect the universe as Mighty Thor, even teaming up with The Avengers and other Marvel heroes, Jane was forced to accept that her cancer was getting worse and wielding Mjölnir was only exacerbating her condition.

When it became clear that she must choose between saving her own life or the world, Jane decided to continue as Mighty Thor even if it killed her. Eventually, in a battle against Mangog, Jane was forced to sacrifice her life to save Asgard.

Since no one ever really dies in comicbooks though, Odin and the original Thor revive Jane. This act restores Thor’s ability to lift Mjölnir and the God of Thunder reclaims his title. Meanwhile, Jane decides to focus on her health and fight her cancer, which eventually goes into remission.

What could happen in the MCU? 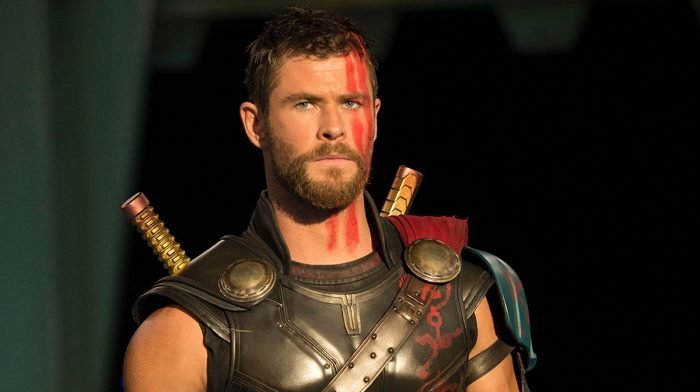 At this point, we don’t quite know exactly how Waititi and Marvel Studios will approach Jane’s transformation into Mighty Thor, although the director teased that he will use Aaron and Dauterman’s story-line as inspiration.

While it would be impossible to guess the entire narrative of Thor: Love And Thunder, we’ve come up with three theories explaining how we think Jane could become Mighty Thor in the MCU.

Theory 1: Thor is no longer worthy 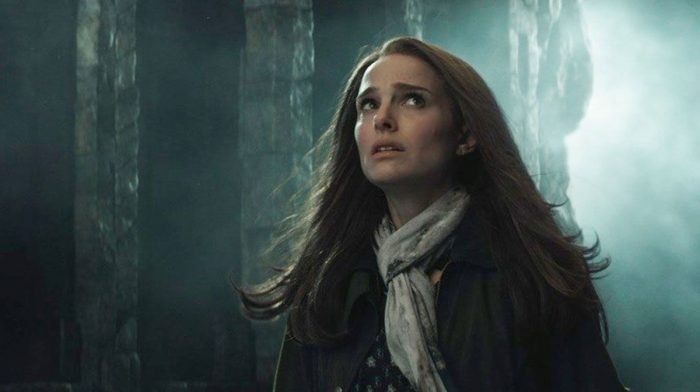 With Chris Hemsworth still attached to the role of Thor, there’s a very good chance that Thor: Love And Thunder will show the iconic character lose his worthiness.

When we last saw the God of Thunder in Avengers: Endgame, he was seriously questioning his destiny and leaving with the Guardians to find his true purpose.

Perhaps on this journey of self-discovery, Thor will lose his ability to lift Stormbreaker, therefore, opening the door for Jane to become Mighty Thor. 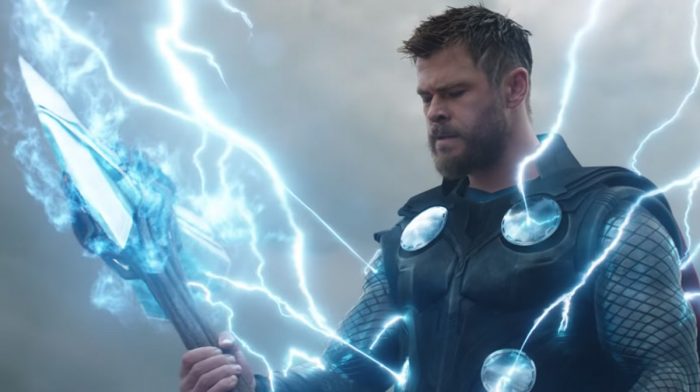 As much as we hate to even think this, we must also discuss the possibility that Hemsworth’s God of Thunder will die at some point in Thor: Love And Thunder, forcing Jane to take his place and fight in his memory.

While this theory is unlikely, mostly because Thor continues to be one of the most bad-ass and entertaining heroes in Marvel’s roster, it would allow them to introduce Jane as Mighty Thor in a more surprising and utterly heart-breaking way.

Theory 3: Mighty Thor is from an alternate reality 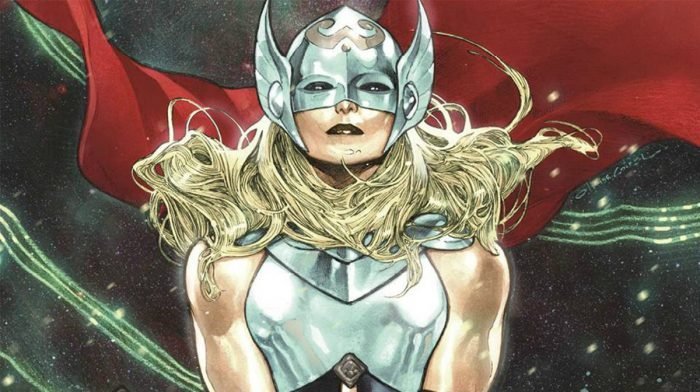 It’s also worth noting that in the years since we saw Jane in Thor: The Dark World, a lot has changed in the MCU. We must consider the possibility that the Jane we find in Thor: Love And Thunder is extremely different from the one we knew.

Looking at Marvel’s line-up for Phase Four, it’s clear that the multiverse is something that the studio is excited to explore, so we shouldn’t rule out the possibility that the version of Jane we meet in the film has travelled from a different reality where she is the Mighty Thor.

While this narrative would certainly deviate from the comic book story-line, it would be an exciting and surprising way to introduce Jane as Mighty Thor, without stripping the original Thor of his powers.

No matter how the character makes her debut however, we can’t wait to see Natalie Portman in costume, kicking-ass as one of Marvel’s most bad-ass female characters.