Bedraggled and seething with adrenaline, Aaron Paul’s lovable Jesse Pinkman has cruised back on to our screens six years after the Breaking Bad finale, in Vince Gilligan’s movie spin-off El Camino.

Now streaming on Netflix, the project itself wasn’t even confirmed until this summer, with a cryptic teaser trailer popping out of nowhere back in August.

As it turns out, Gilligan and Paul had been developing the movie for over two years, and secretly hunkered down in Albuquerque last winter to complete the three-month shoot.

Spin-off series Better Call Saul has done a clean job of maintaining Breaking Bad’s legacy up until now, but El Camino’s significance is in a completely different ballpark. And the question is: have Gilligan and Paul done themselves proud and added something extra for fans to shout about? 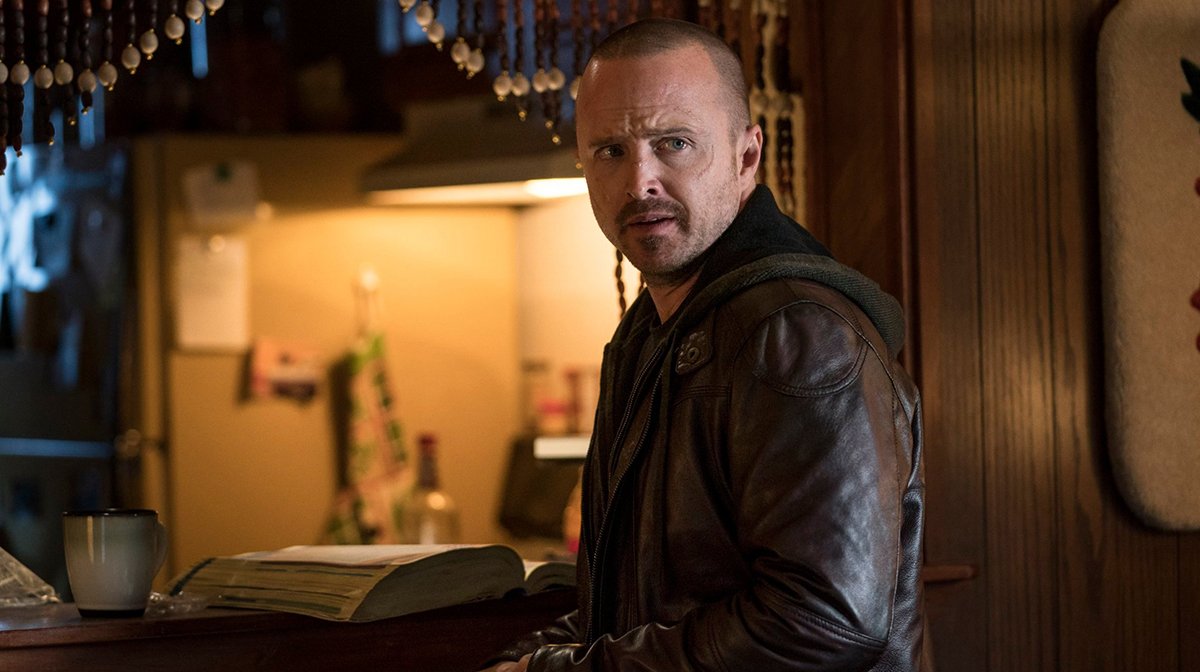 The story picks up just where we thought it might, moments after Jesse’s miraculous escape from Jack Welker’s white supremacist compound. But hold on a second, aren’t those police lights twitching up ahead?

As the trailer confirmed, El Camino brings back Matt Jones and Charles Baker’s comic ragamuffins Badger and Skinny Pete, and soon enough Jesse’s knocking at their door with no-one else to turn to and a car to get off the road.

One thing’s for sure throughout the two-hour run-time, Gilligan’s script has lost none of his black wit, and it’s an absolute gift to be back in the company of these characters.

Early on, there’s even a remix of The 40-Year-Old Virgin’s video game scene where Paul Rudd and Seth Rogen lay into each other – Badger and Pete dish out the verbals this time around. 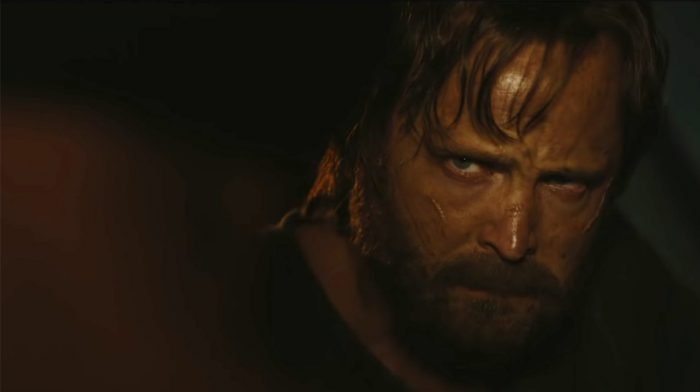 Although El Camino does tend to bask in nostalgia for the most part, there’s a welcome injection of psychological depth to Jesse’s journey, after all, who wouldn’t get PTSD after being chained up in a concrete hole for five months and forced to cook meth for your captors?

This allows Paul to mine his emotional range once again after a number of disappointing movie roles. Here, Jesse’s a frantic fugitive desperate to regain his humanity whilst navigating a cruel world.

Every corner he turns, there seems to be new danger lurking – the spectre of Walter White’s crimes is something his former accomplice simply can’t escape.

Meanwhile, fortunately for fans, Gilligan’s jump from TV to feature-length directing is a seamless one. He’s upped his game, and with the help of Marshall Adams’ cinematography, El Camino looks gorgeous in all of its neo-western glory.

The director regularly employs the use of flashbacks to illustrate Jesse’s recent torment, and this gives us a strange insight to his relationship with another returning character (who’ll remain nameless).

Yet again we are reminded of Gilligan’s ability to sprinkle humour into the dark corners of this universe, and there are some genuine laugh-out-loud moments amongst the blood and tension.

One of the loudest mysteries surrounding El Camino was whether or not a certain One Who Knocks makes an appearance, but to reveal any of the movie’s many cameos would be a shameful act indeed.

However, it must be said that those who do return are put to great use, and successfully expand the Breaking Bad mythology. 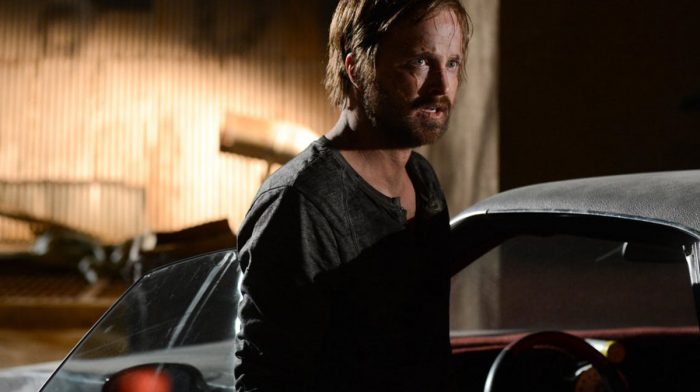 Yet El Camino is undoubtedly Jesse’s movie. Paul was born to play this role and he eats up every scene with the same verve and tortured expression we came to love over a decade ago.

Yo Mr Pinkman… it was nice seeing you again.

El Camino: A Breaking Bad Movie is available on Netflix in the UK now.