Stranger Things will return with its much anticipated fourth season in 2022, although we still know very little about it.

A delay in production due to something called (checks notes) coronavirus means that we’ve had to wait even longer to get the answers to all the questions raised from season three’s epic finale, The Battle Of Starcourt.

But rest assured, answers will be given when the show returns early in the new year. But what else do we know about season four so far?

When Is The Stranger Things Season Four Release Date?

In February, it was revealed that the fourth season of Stranger Things will be released in two parts.

The first five episodes will premiere on 27th May, while the final four will debut on 1st July.

In addition to this announcement, Netflix announced the show would also return for a fifth and final season.

Is There A Trailer For Stranger Things Season Four?

We have nearly two years’ worth of teaser trailers for the next season, with the first being shared all the way back in February 2020.

That surprise first look, titled From Russia With Love, gave us a hint at the narrative of season four. Set in the snowy outreaches of the Soviet Union, it confirmed that Hopper (David Harbour) would be making his grand return, despite appearing to meet his maker at the end of season three.

That 50-second clip was accompanied by an official synopsis from Netflix, which read: “It’s not all good news for our ‘American’; he is imprisoned far from home in the snowy wasteland of Kamchatka, where he will face dangers both human… and other.

“Meanwhile, back in the States, a new horror is beginning to surface, something long buried, something that connects everything…”

In May 2021, a more horror inflected teaser trailer was released, set in the laboratory where Dr Brenner (Matthew Modine) performed his experiments on children.

Kids with shaved heads wearing hospital gowns, like Eleven in season one, are glimpsed next to a whole host of toys fans already have theories about – before panning to a door with the number 11 on it, ending with a voiceover saying “Eleven, are you listening?”, and Eleven’s eyes opening.

And then as part of the Netflix Tudum event, a third teaser was released in September that takes us inside Creel House in what appears to be the 1950s.

Spooky shenanigans go on, before we cut forward to the ’80s and see Dustin, Steve, Lucas and Max searching the mansion.

The end of the clip confirms the mysterious goings-on at the house have something do with the Upside Down. The specifics of that, however, remain under wraps for now.

Finally, on Stranger Things Day (6th November, the day Will was first kidnapped), a fourth teaser dropped – and it was the one packed with the most plot details to date.

Titled Welcome To California, it picks up roughly six months (185 days to be specific) after the events of season three, with Eleven struggling to adapt to a new life in the state.

She clearly misses her adopted father Hopper, but tells Mike on the phone that things are all well and good.

And then we are treated to a rapid action montage, letting us know that this new normal won’t stay that way for too long. There’s gunfire, explosions, and the sense that nobody is safe this time around.

Who Will Return In Stranger Things Season Four? 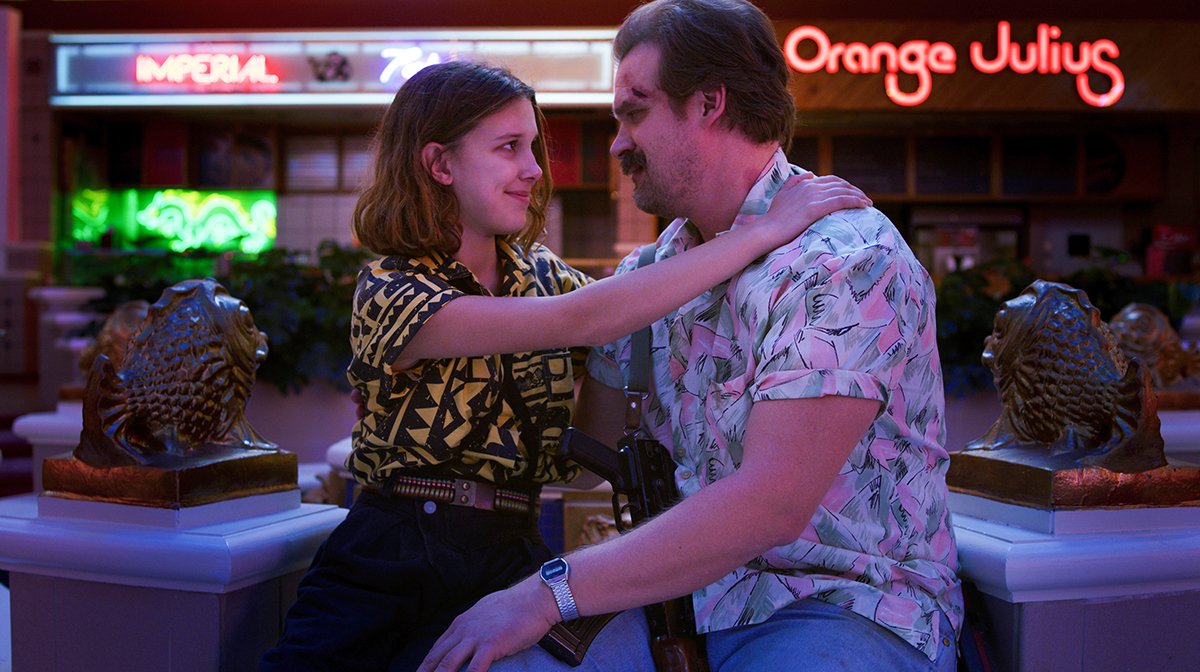 All of the central cast are expected to return, with the big surprise being that Harbour will be back as Hopper. The actor has said that the character is now a lot different to when we last saw him, with the new season digging deeper into his backstory.

“In season four we will give you a big, huge reveal about Hopper’s backstory, which we haven’t really told you about… we’re gonna express it in a big way.

“It’s my favourite thing about him that you guys don’t know about him yet, but it has to do with these backstories of New York, Vietnam, and his dad.”

Who Are The New Cast Members In Season Four? 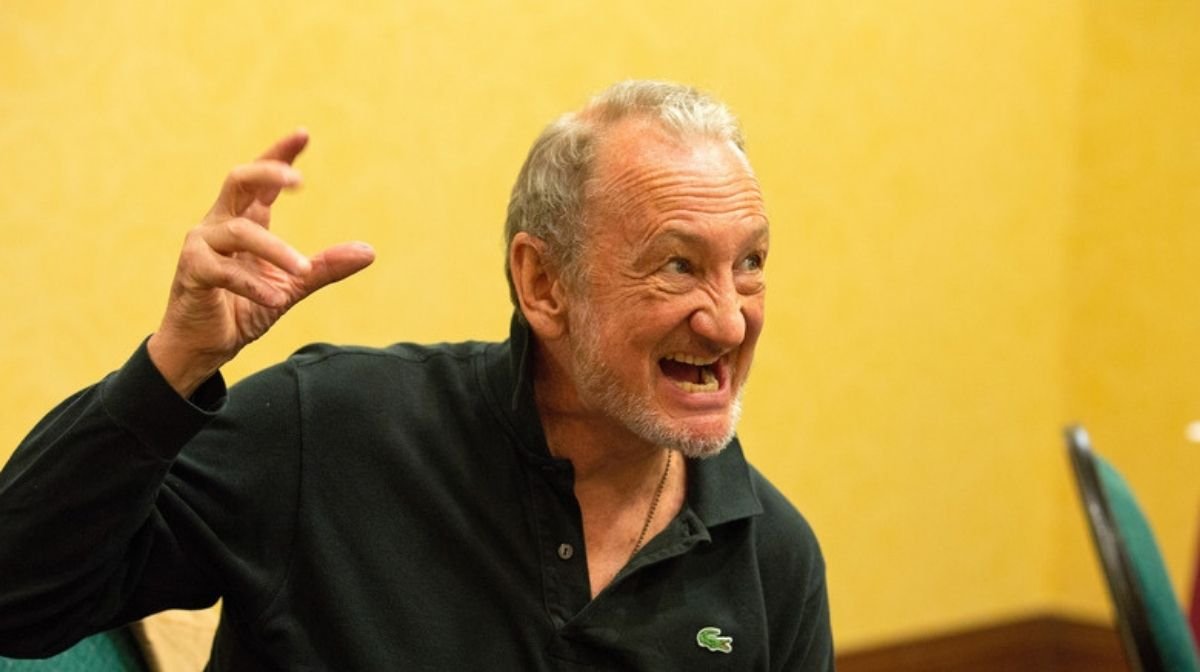 There are a ton of new cast members joining season four. But for ’80s movie fans, there’s probably no bigger announcement than Freddy Kreuger himself, Robert Englund, joining the cast as Victor Creel – a disturbed man at the psychiatric hospital.

He was one of several cast members announced in November 2020, which also includes: Eduardo Franco as Argyle, “a fun-loving stoner, pizza delivery boy and Jonathan’s new best friend”. Jamie Campbell Bower as Peter Ballard, “a caring man who works as an orderly at a psychiatric hospital”.

Sherman Augustus as Lt Colonel Sullivan, “a no-nonsense man who believes he knows how to stop the evil in Hawkins”. Mason Dye as Jason Carver, “a handsome, rich athlete dating the most popular girl in school”. 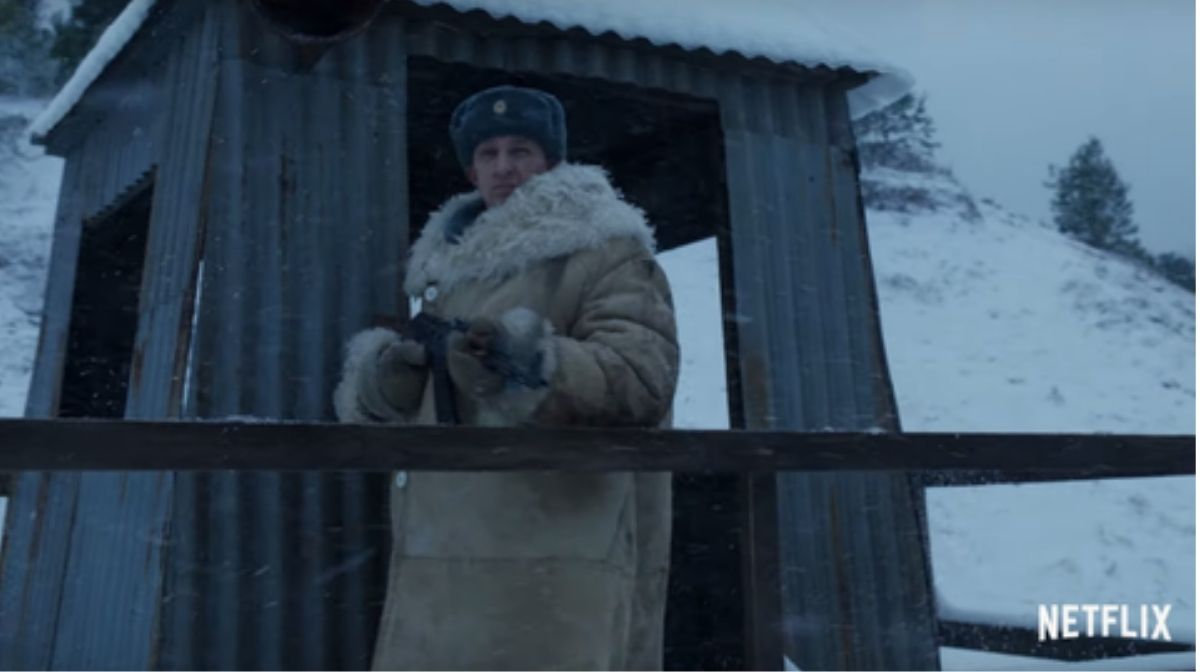 Joseph Quinn as Eddie Munson, “the head of the Hawkins High official Dungeons And Dragos Club, The Hellfire Club”.

In June, even more further cast members were announced. These included: Amybeth McNulty as Vickie, “a cool, fast talking band nerd who catches the eye of one of our beloved heroes”. 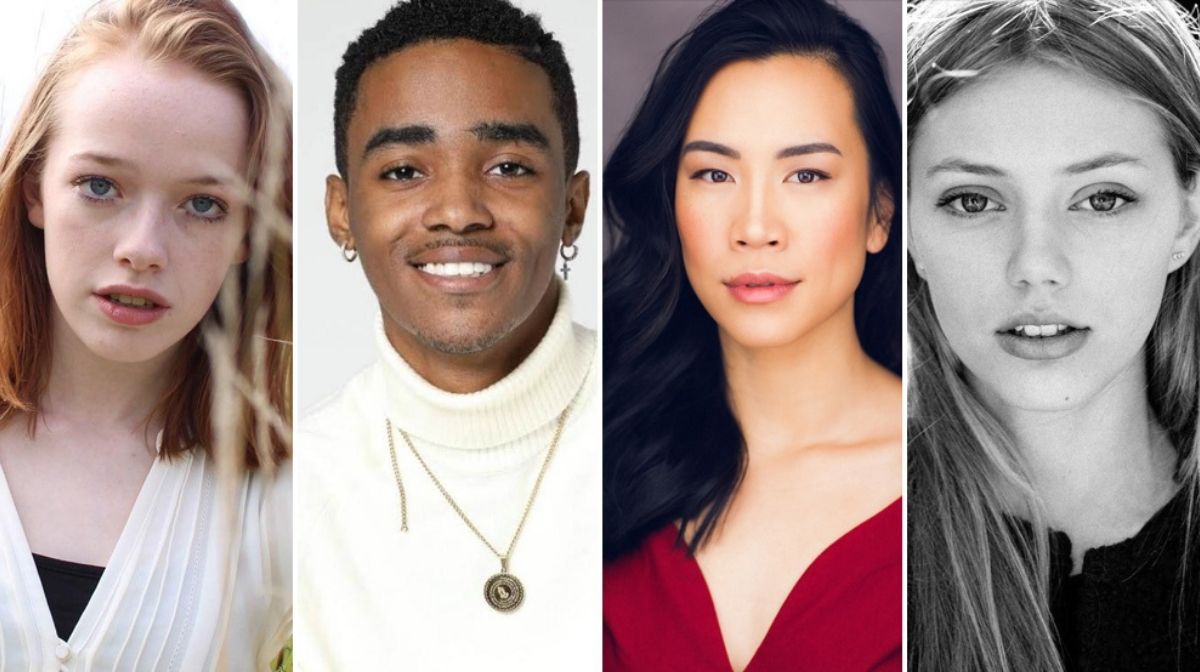 Myles Truitt as Patrick, “a Hawkins basketball star who has friends, talent, and a good life, until shocking events send his life spiraling out of control”.

Regina Ting Chen as Ms. Kelly, “a popular guidance counselor who cares deeply for her students — especially those struggling the most.”

Grace Van Dienas Chrissy, “Hawkins’ High lead cheerleader and the most popular girl in school, but beneath the seemingly perfect surface lies a dark secret”. 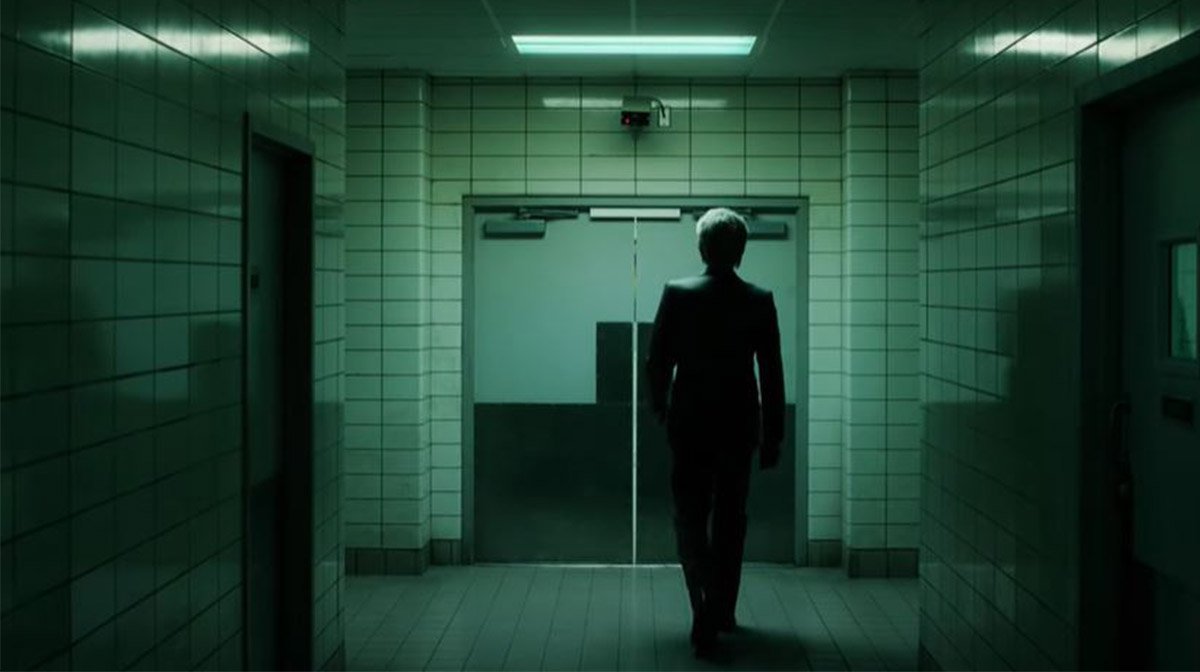 So far, all we know for sure about season four are the episode titles as revealed on Stranger Things Day: The Hellfire Club, Vecna’s Curse, The Monster And The Superhero, Dear Billy, The Nina Project, The Dive, The Massacre At Hawkins Lab, Papa and The Piggyback.

We also know that, as stated above, the plot will delve into Hopper’s backstory, and reveal a new side to the character after somehow escaping his fate at the end of the last season.

Joyce, Will, Jonathan and Eleven left Hawkins behind – but as the synopsis from Netflix states, a long buried horror is about to return to the surface. 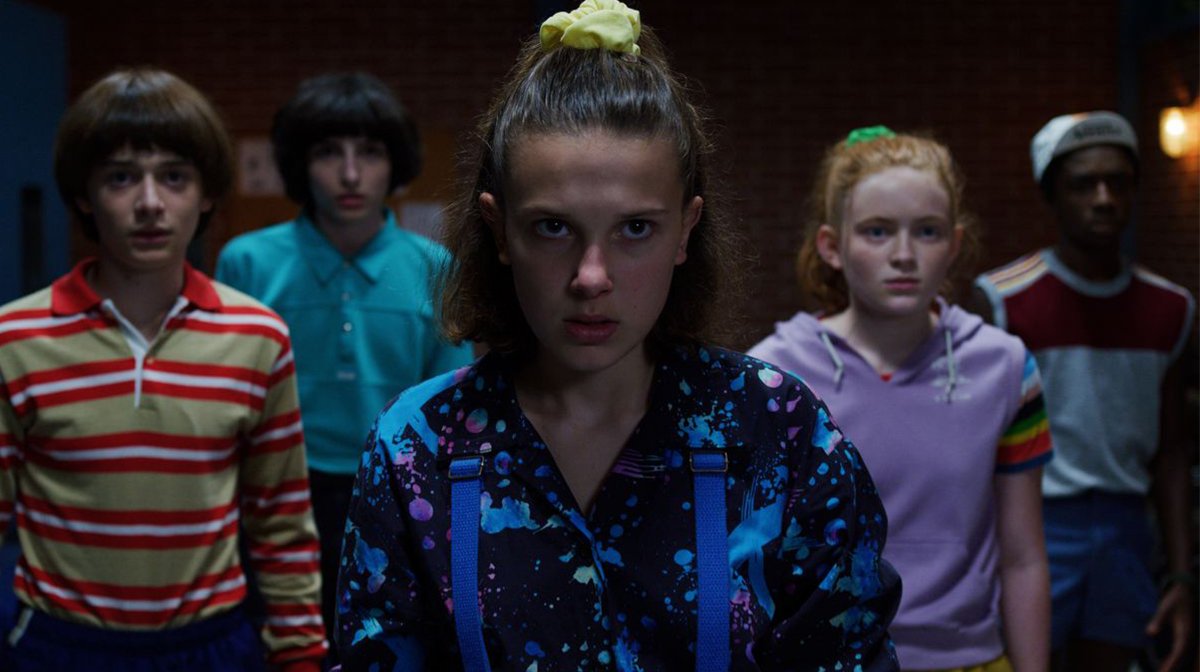 The dynamics will certainly be different next time around, with Eleven having lost her powers. Although one fan theory has suggested that the monster bite on her leg could lead her to get infected, and be controlled by the Mind Flayer. This is backed up by some fans noticing a curious shadow appears across Eleven’s face in the final scene of season three.

And then there’s the Soviets, who have their own Demorgorgon in captivity – will that be coming into play this time around, especially with Hopper now on the other side of the Iron Curtain?

All will be revealed, but The Duffers have teased that the next season will be more expansive in scope, and expand far beyond the town of Hawkins. Let’s wait and see what that entails.