The Mandalorian season two has engaged its hyperdrive and, as reported by Variety, is set to feature the fan-favourite Star Wars character — Ahsoka Tano.

Ahsoka Tano is the former Padawan of legendary Jedi Knight Anakin Skywalker, who made her Star Wars debut in the animated Star Wars: The Clone Wars theatrical film (voiced by Ashley Eckstein).

Ahsoka would later make her subsequent television appearance in the long-running animated series of the same name, as a recurring character. 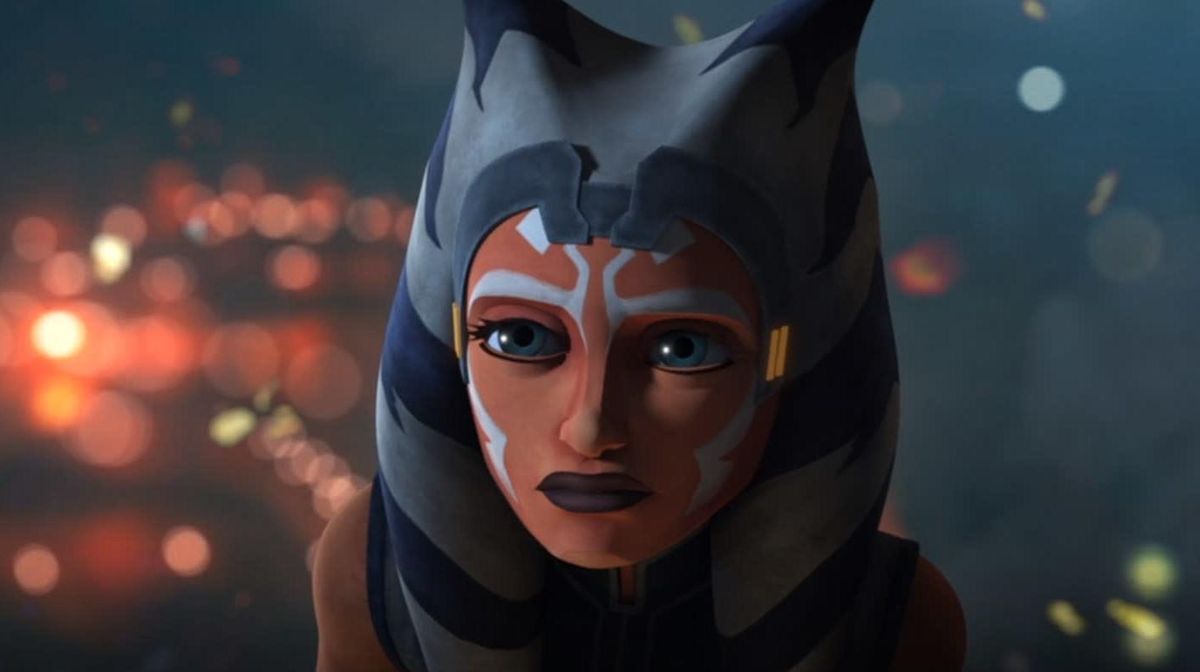 Since being introduced to fans, she has become one of the most well-regarded Star Wars heroes across the franchise’s long history.

But before Ahsoka makes her first live-action appearance in The Mandalorian season two, let us introduce you to the greatest addition to modern Star Wars mythos. 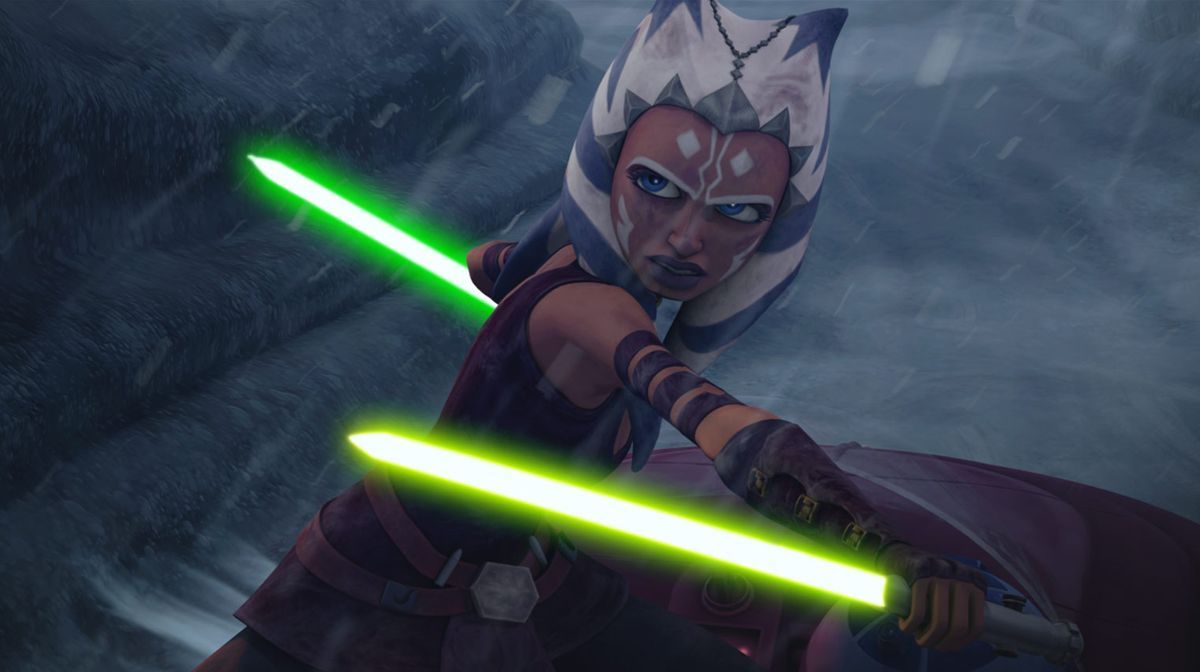 Taking her place alongside the heroic Anakin Skywalker, as his young apprentice, The Clone Wars depicted the pivotal events that took place between George Lucas’ prequel films: Attack Of The Clones and Revenge Of The Sith.

A controversial new addition to the established lore, Ahsoka was not a popular character at first but quickly proved herself as an iconic — and undoubtedly essential — part of the wider Star Wars cast. 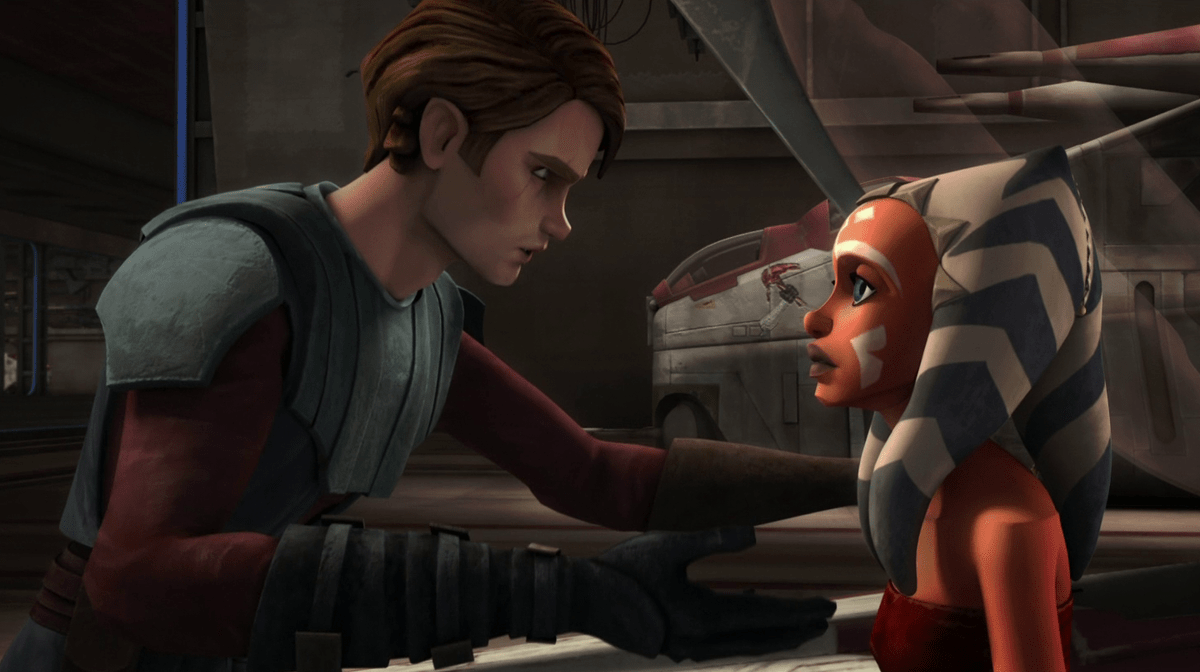 A character of high moral standing and great courage, Ahsoka’s relationship with the man who would become the Sith Lord Darth Vader became as indispensable to his character development as Obi-Wan or Padme Amidala — with Anakin affectionately calling the young Jedi ‘Snips’ and developing a bond not so dissimilar to a father and daughter.

In fact, the fall from grace of Anakin can be somewhat linked to Ahsoka’s decision to leave the Jedi Order, with Anakin finding himself no longer guided by her moral intuition.

Why Did Ahsoka Leave The Jedi Order? 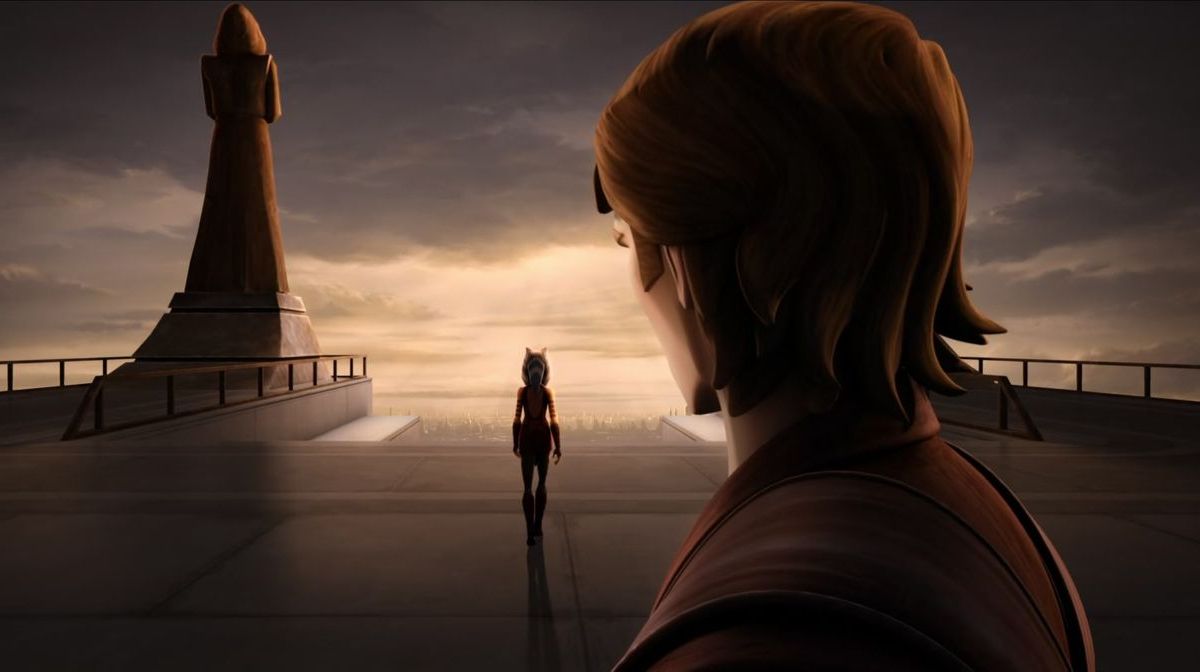 During the final episode of The Clone Wars’ fifth series, The Wrong Jedi, Ahsoka made the climactic decision to depart from the Jedi Order and set out on her own path.

Driven by betrayal, after being falsely accused of committing a crime by the Council, Ahsoka relinquished her role as Anakin’s apprentice, now disillusioned and uncertain of her place.

This pivotal moment set Ahsoka apart from traditional Star Wars heroes of old, portraying the Jedi Order as an imperfect construct of society and leading the young former Padawan onto a path of her own — no longer constrained by the doctrine of the Order.

Order 66 — How Did Ahsoka Survive? 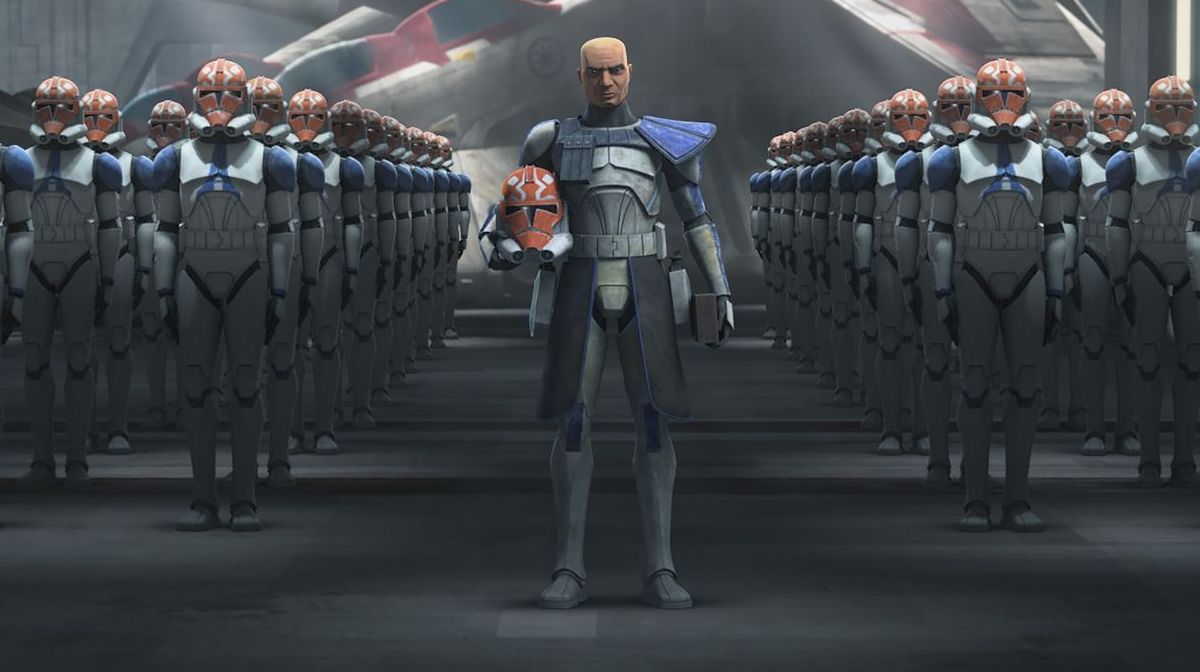 The Mandalorian season two is set following the events of Return Of The Jedi, years after the downfall of the Galactic Empire at the hands of the Rebel Alliance. As such, Ahsoka’s appearance long outdates the genocidal events of Order 66 — the Jedi Purge.

As seen in the final season of The Clone Wars, which re-emerged after a six-year-long hiatus in 2020, Ahsoka returned once again to fight alongside the Republic and their clone army.

Though no longer a Jedi, her affiliation with the Order and her distinguishable Force abilities set her as a target after Emperor Palpatine initiated the infamous command. Now in the firing-line of an army of clone soldiers, Ahsoka managed to disable the mind-controlling chip of her clone ally and friend Commander Rex, subsiding his murderous rage.

With his help, the pair escaped from their entrapment, going into hiding. 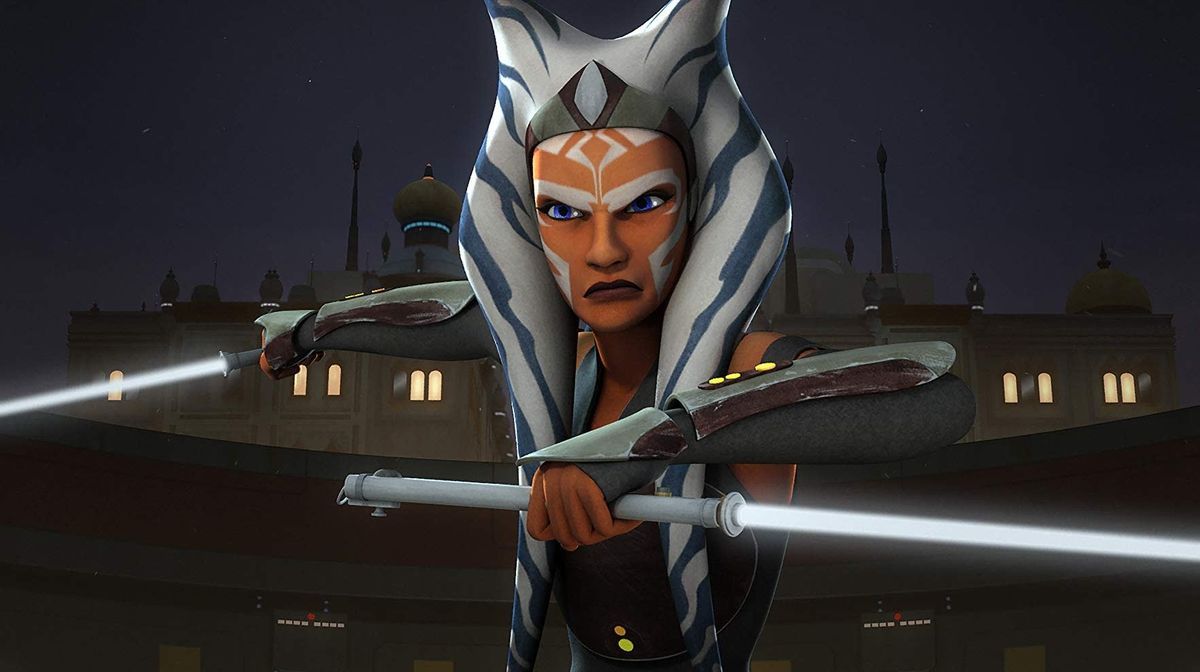 Star Wars: Rebels aired in 2014 as the spiritual successor to The Clone Wars, presented in a similar animation style and filling in the gaps between Revenge Of The Sith and A New Hope.

Now chronologically over a decade since the events of The Clone Wars, Rebels presented an iteration of Ahsoka that was older and more mature — acting as a guide and mentor to the new generation of protagonists.

Though her role was far less significant than in The Clone Wars (acting as an aid to the Rebel Alliance under the alias of Fulcrum), her presence was no less impactful, now brandishing dual white lightsabers and enacting dramatic feats of power against the might of the Empire — even taking on Darth Vader himself. 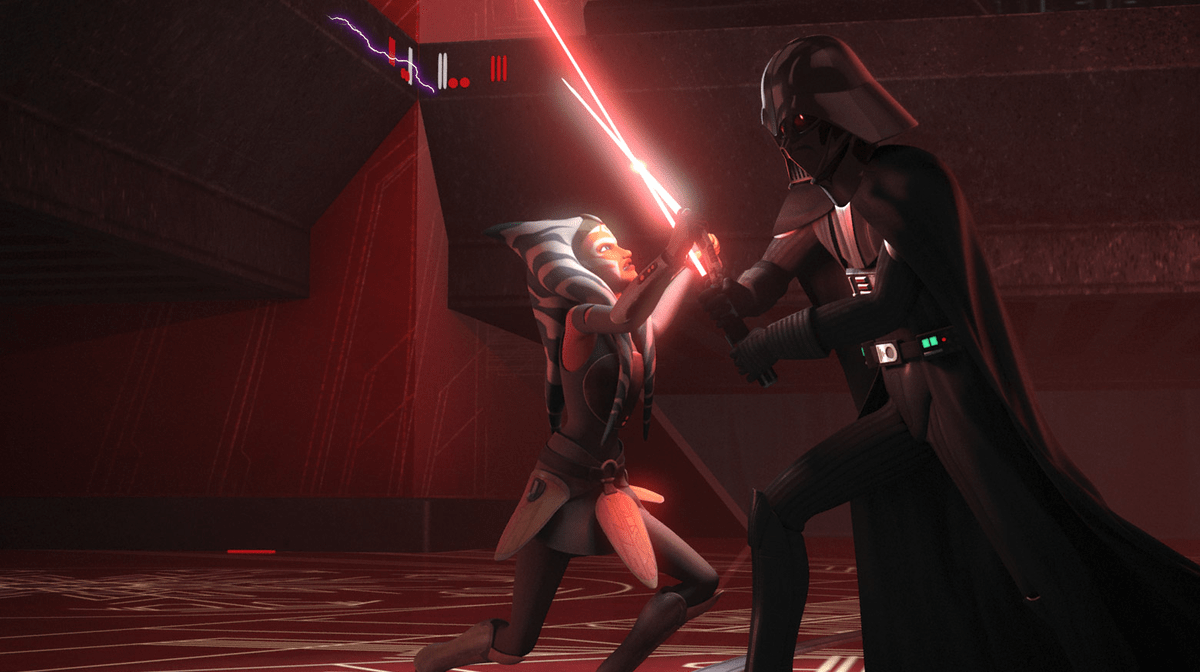 That’s right, Ahsoka went head-to-head with her former master — unaware of his true identity — landing a hit across the right eye of Vader’s synonymous helmet, revealing his face and unearthing this heart-wrenching revelation.

In the first teaser trailer for The Mandalorian season two, Ahsoka was notably absent — despite Rosario Dawson being reportedly cast in the role.

We can only speculate as to her significance in the long-anticipated second season, but she was last seen embarking in search of Rebels’ lead protagonist Ezra Bridger — who went missing in the depths of space during the conclusion of the animated series.

And she was not alone; this exploration also placed her alongside the Mandalorian Sabine Wren (who is also rumoured to appear).

Interestingly, though this is the first physical appearance of Ahsoka in live-action, she did have a small cameo in 2019’s The Rise Of Skywalker, with actor Ashley Eckstein reprising her role to provide a brief voice-over in the film’s final stand-off. 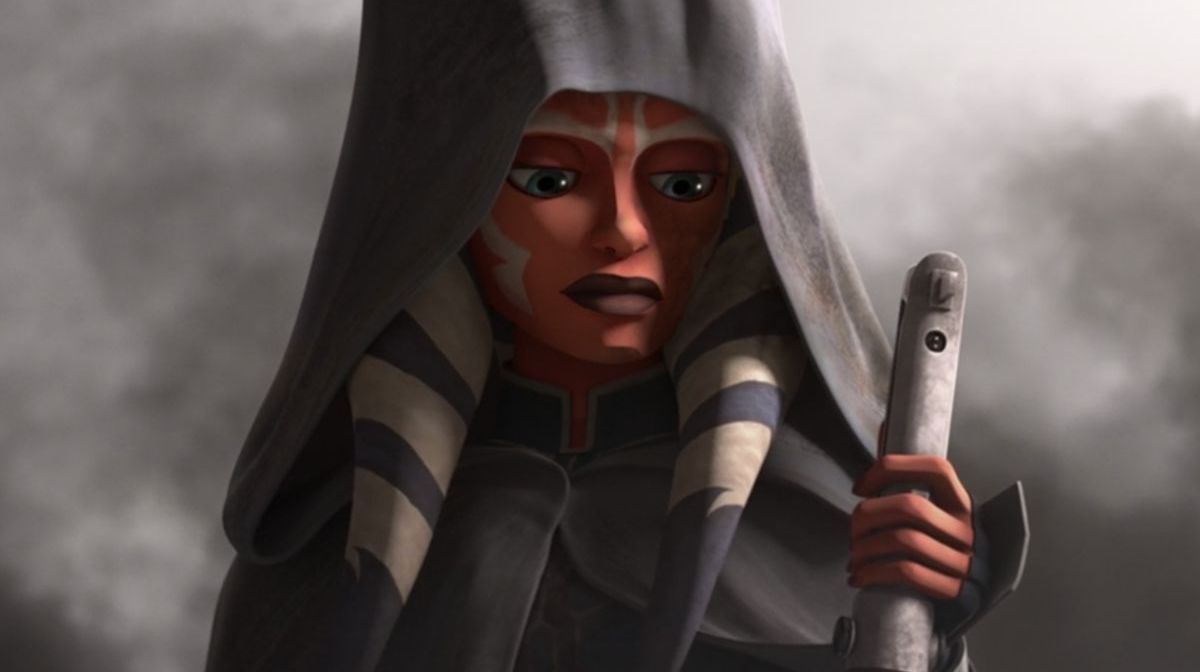 With Ahsoka set to firmly establish her place in the realm of Star Wars live-action TV, there have been an abundance of rumours surrounding what this could mean for the character’s future.

Originally created by The Mandalorian executive producer Dave Filoni, elements of his earlier animated works are slowly but surely making themselves known in recent Star Wars live-action projects — with the presence of the Darksaber and the confirmation of appearances from both Ahsoka and, The Clone Wars and Rebels character, Bo-Katan (reported by Deadline in May 2020). 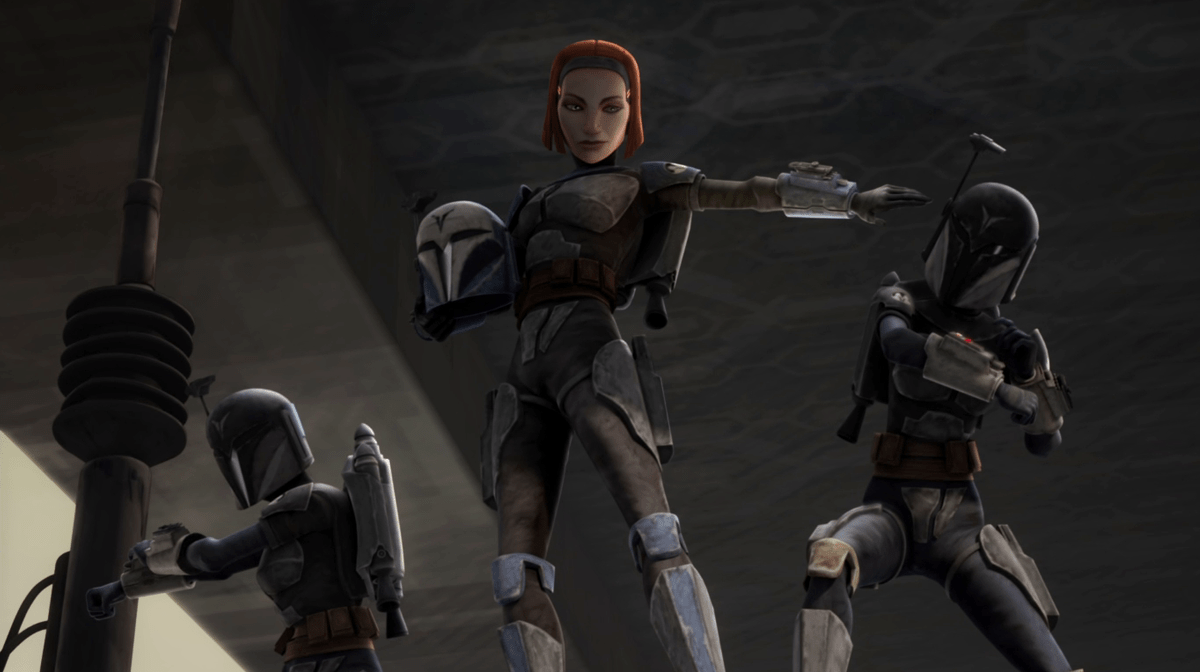 It is therefore not out of the realm of possibility for Ahsoka to lead her own spin-off series should Dawson’s portrayal resonate with fans.

The Mandalorian season two is set to drop on 30th October 2020. For more from Ahsoka Tano, check out our range of Star Wars merchandise.