A Short History of the Comic Book Titans: Marvel & DC

Marvel Comics. DC Comics. The two most recognisable names in the industry. With these two comic book titans always going head-to-head, here’s a brief history of how the two made it to where they are.

Before we jump into the individual histories of these publishers, let’s talk about the ways they have come together. Amazingly, the two actually collaborated in 1996 to create DC vs. Marvel Comics, a crossover event of three comics where heroes from either side fought it out and readers voted for the winner.

In this series, two cosmic brothers (who represent DC and Marvel respectively) decided to have a series of duels to establish who was strongest. Sending their best heroes forward to duke it out, eleven battles unfolded across the series. The losing side would cease to exist, so the stakes couldn’t be higher. This series gave us Superman vs Hulk, Batman vs Captain America and Storm vs Wonder Woman. If you’re constantly having ‘who would win’ arguments with your friends, this series may be exactly what you need!

A Marvel-ous Timeline: The History of Marvel

Marvel was founded by Martin Goodman in 1939 under another company, Timely Comics. October of that year saw the first Marvel Comics release, which featured a rather different looking Human Torch to what we see now! Not long after in 1941, then editor Joe Simon teamed up with Jack Kirby to create Captain America. The character is now one of the best known around and helped make Kirby an industry legend.

By the 1950s, Timely was generally known as Atlas Comics. Marvel began to struggle in the post-war era as superheroes fell out of fashion, and had to turn to different characters including spies and even funny animals.

Roll on the swinging 60s, and superheroes were back in popularity. Marvel introduced the Fantastic Four, which was unlike anything seen in the comic book industry before. Characters often argued amongst themselves and seemed more like ‘real’ people, which readers began to love. This approach is perhaps best shown by the friendly neighbourhood Spider-Man, who had more than just villains to deal with.

By 1973, the now legendary Stan Lee had taken over as editor at Marvel. While Lee’s success is undeniable, not everything he touched turned to gold; it was under Lee that the character of Captain Britain was introduced, who clearly didn’t succeed like his friend across the pond did. Lee was also no stranger to controversy, pushing ahead with a Spider-Man storyline about drug abuse that lacked approval by the Comic Code Authority. Painting drug use in a bad light, the story succeeded and the authority rethought their approach to such subjects.

An industry slump in the 1990s led Marvel to file for bankruptcy and change their tactics. New products like trading cards became vital to staying alive, and in 1992 Marvel Studios was created to focus on film and TV. Needless to say, the studio helped Marvel escape bankruptcy and led them to a new era of success in the 2000s to where we are today! 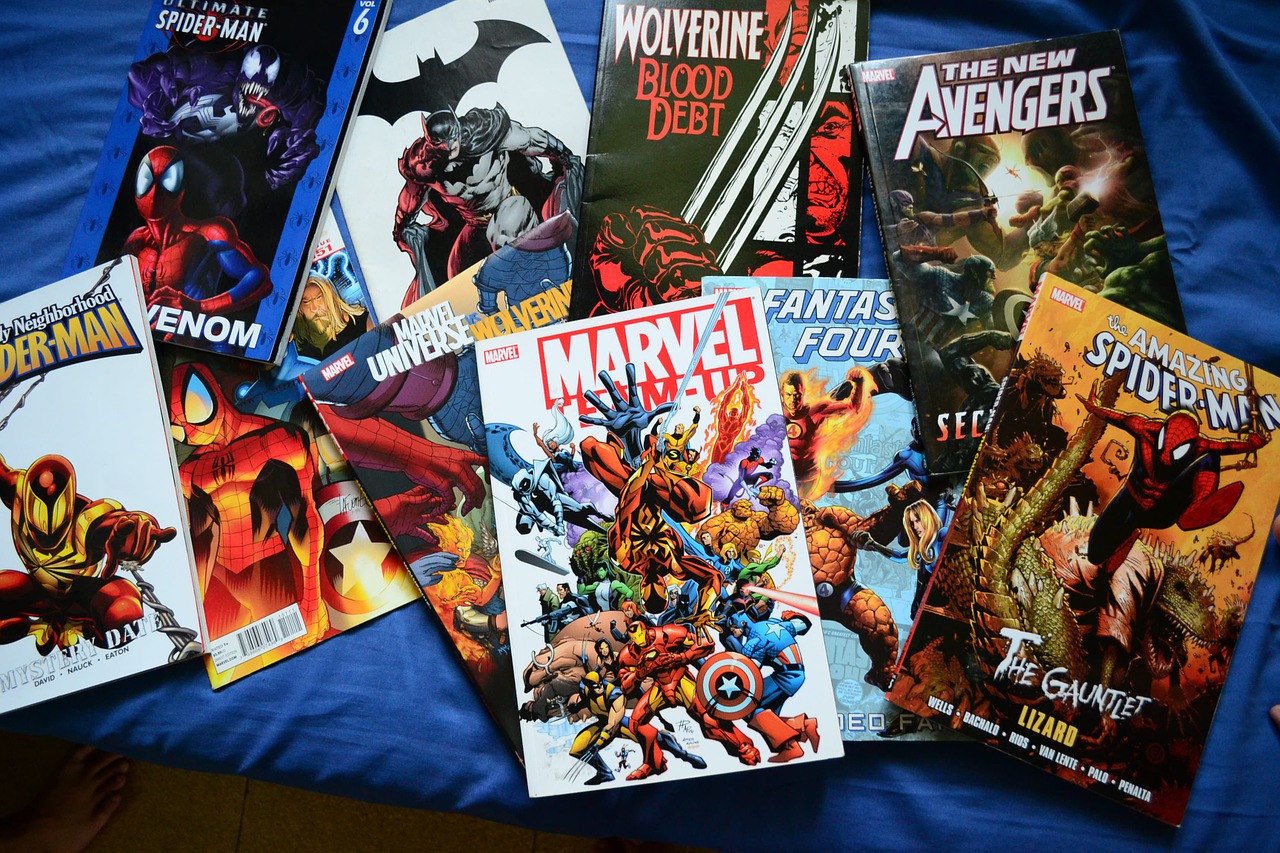 Detecting Keys to Success: The History of DC

DC’s story begins under the name National Allied Publications, founded by Malcolm Wheeler-Nicholson in 1934. This company then merged with Detective Comics to form National Comics, and while this was the official name it quickly became known as ‘DC’ due to the logo on the front. It was only in 1977 that the company officially became ‘DC Comics’ as we know today.

1938 saw the launch of Superman, who after being dismissed as a silly character proved immensely popular with readers. Shortly after, writer Bill Finger and artist Bob Kane created another iconic hero, Batman. From here the DC roster grew stronger and stronger, with heroes such as The Flash and Green Lantern also arriving and going on to join the Justice Society of America, the original DC Universe superhero team.

As mentioned earlier, the 60s was the time where Marvel began to adapt their heroes into more relatable characters. Having fallen behind Marvel’s sales, DC were eventually forced to follow a similar pattern. They fought back with their own younger heroes in the form of the Teen Titans, a group that many readers will recognise from their animated appearances.

Much like Marvel, DC have adapted their content to appeal to new audiences. By the 80s and 90s, DC were creating comics that targeted older audiences with more complex storytelling. This move proved incredibly valuable and iconic works such as Alan Moore’s Watchmen received huge praise.

As well as a changing audience, DC is no stranger to shaking up the status quo. 2011 brought one of the most dramatic reshuffles in the company’s history, The New 52. Characters were made younger and more engaging to try and attract more readers, and it proved popular with many critics. DC are now undergoing another reshuffle, DC Rebirth, as you’ll know from our ZBOX magazine! Let’s see what the future holds for this titan of the industry.

It's finally complete. Took forever but it's finally done. I give you Marvel Vs DC. Please share for ya boy ??✍? pic.twitter.com/234Hv4PnU3

Let us know your thoughts @The_ZBOX…