In 1974, shortly after the release of his album Diamond Dogs, David Bowie appeared on The Dick Cavett Show – nervous, distracted and struggling with a mounting coke addiction. When Cavett asked him who the ‘real’ David Bowie is, Bowie diverted the question and asked: “What do you think I’m like?” Cavett replied: “To me you seem like a working actor”, eliciting the first real smile from the singer during the interview.

Bowie, who sadly passed away last week after an 18-month battle with cancer, had always flirted with having different, staged personas – not only through his music, adopting stage alter egos like Ziggy Stardust, Major Tom and the Thin White Duke, but also through debunking the whole concept of being a celebrity itself, creating his own cult status by simply acting as one. Even his own death was presented to us as a work of art with the release of the album Blackstar, forming the perfect staged farewell unlike no other. It comes as no surprise then that Bowie’s shifting, magnetic personality was much favoured by film directors. From cameos in Zoolander (2001) and David Lynch’s Twin Peaks: Fire Walk With Me (1992) to portraying Andy Warhol in Basquiat (1996) and a German prostitute inJust a Gigolo (1978), Bowie’s film career can be seen as diverse as the man himself.

Let’s take a look at a few of his most memorable film roles that have all contributed to establishing the enigmatic icon that was Bowie. 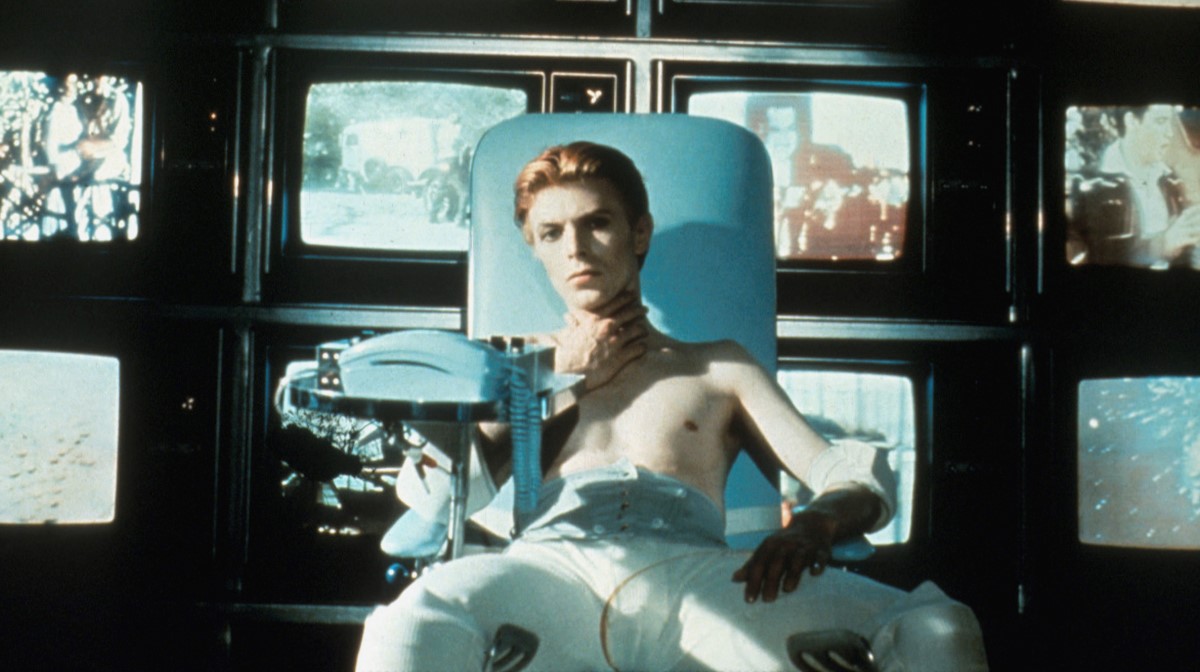 His androgynous features, pale complexion and eerie composure made Bowie perfect for the role of Thomas Jerome Newton, the extraterrestrial whose spacecraft landed on Earth in Nicolas Roeg’s The Man Who Fell To Earth. According to various sources, Roeg was mesmerised by Bowie’s other-worldly appearance and was determined for him to play the lead role. Although Bowie’s substance abuse at the time certainly left a mark on his performance (he confessed in interviews he was stoned from beginning to end), his screen oddity certainly suits the character he portrays cruising through the vast, open landscapes of America, slowly being seduced by the excesses of modern society. 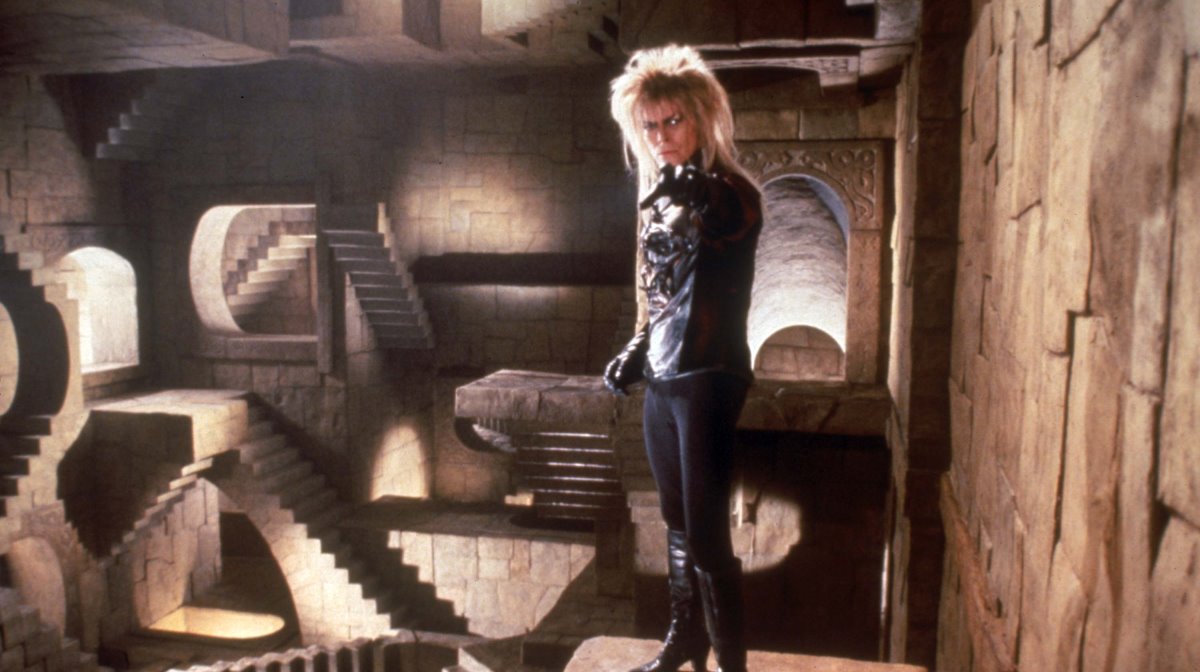 Whilst many will mainly remember Bowie’s performance in Labyrinth for the oh so famous bulge, there’s a lot of other elements in the film that are slightly questionable: not just Bowie’s haircut and all the fiddling with the crystal balls, but the oddity of a grown-up man spying on and pursuing a 14-year old girl. Still, Bowie made a lasting impression as Jareth the Goblin King, giving a mythical touch to a character you are supposed to hate, but who also radiates a strong sense of sexuality. The songs add a sense of absurdity to the film, but Bowie seems perfectly comfortable dancing around in the fantastical world created by puppeteer Jim Henson (The Muppets) and Terry Jones (Monthy Python).

In Christopher Nolan’s The Prestige, Bowie portrays the role of the brilliant inventor Nikola Tesla, one of the greatest electricity pioneers who has ever lived. Nolan believed Tesla was the original Man Who Fell to Earth, an “other-worldly, ahead-of-his-time figure”, who was both mad and a genius. It is said that Nolan was so convinced that Bowie should play the role, that he would have cancelled the whole film if he hadn’t. Luckily Bowie agreed and his film career does really seem to come full circle withThe Prestige. Once again, he plays the strange, enigmatic man one can never truly grasp – a man of tricks in charge of creating a disappearance machine. And not coincidentally, that must have surely resonated with Bowie himself when he left us with the cryptic clues on Blackstar, released just days before his death. Every aspect of his life (and his death) was a work of creation. Living beyond the mundane, he was the ultimate master of invention, having forever changed the cultural landscape as we know it today.

Okay, so there was the hilariously random cameo of Bowie in Zoolander, but the most memorable Bowie cameo must be his performance of ‘Station to Station’ in Christiane F. – Wir Kinder vom Bahnhof Zoo. The German film from 1981 is based on the non-fictional memoirs of 13-year old Christiane, a girl living in the outskirts of West Berlin who develops a heroin addiction and is slowly drawn into the world of prostitution. A massive Bowie fan, she visits one of his gigs, working her way up to the foot of the stage and making direct eye contact, before going on to use heroin for the first time. Bowie’s music perfectly underscores the despair felt by these youngsters living in Berlin of the 70s, and the film is a real must-see for anyone who’s interested in Bowie’s Berlin era.