It’s Camille Griffin’s feature debut as a director and writer – and she’s the first to admit that Silent Night isn’t an easy film to understand. Nor is it what you expect when you see the title and the cast list…

The combination of Keira Knightley, Matthew Goode, the palatial country house with mandatory AGA, and friends getting together for a festive feast all lead you in one direction. Except for the hints that something’s not quite as it should be.

There’s only enough spuds for one roastie each, and two of the husbands break into Marks And Spencer remarkably easily in search of sticky toffee pudding. 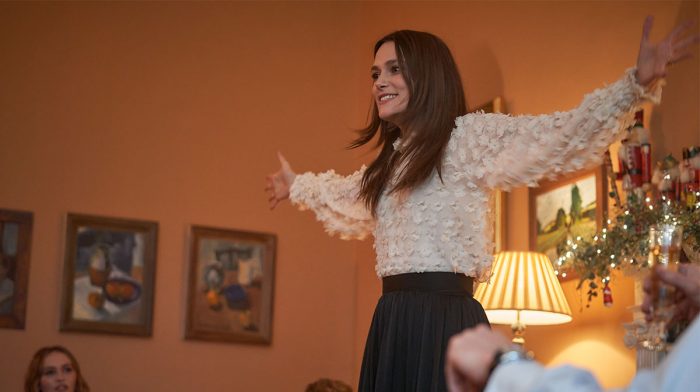 Defying our expectations – as well as turning Christmas traditions on their head – is exactly what Griffin is aiming for. Because this is a world that’s about to end.

The film didn’t quite start out that way. “When I started writing the script, I hadn’t realised I was making a parody until I got to about page twenty and noticed it sounded like a Working Title movie,” she recalls.

“So I thought, we have to bring in Keira Knightley because of that, and we’ve got to set it at Christmas because that’s when we’re supposed to be our best selves.” 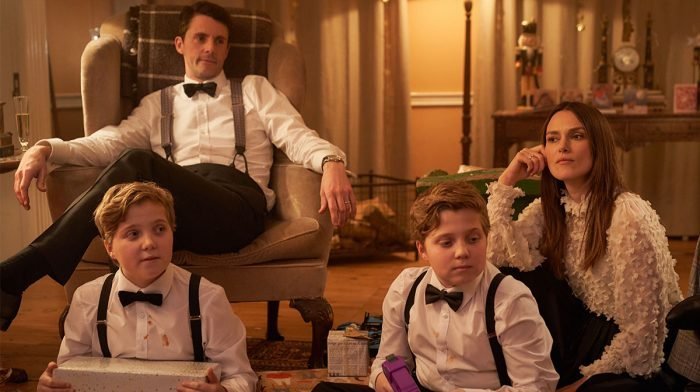 The irony of the situation is made all the more acute by the characters themselves. Griffin knows she’s created people who aren’t necessarily likeable, yet believes they’re sympathetic at the same time.

“Some people might say they’re clichés, but of course they are. They’re supposed to be,” she says. “They represent that clichéd version of these characters in those types of movies. They’re all ghastly, but they’re fun. I’m actually proud of the characters – you can love them as well.

“And, yes, the kids swear but they’re not horrible. Art (Roman Griffin Davis) swears and throws things around, but he’s the most grown up of all of them. He’s smart and he cares a lot. There’s a lot of love in the film as well as pain.” 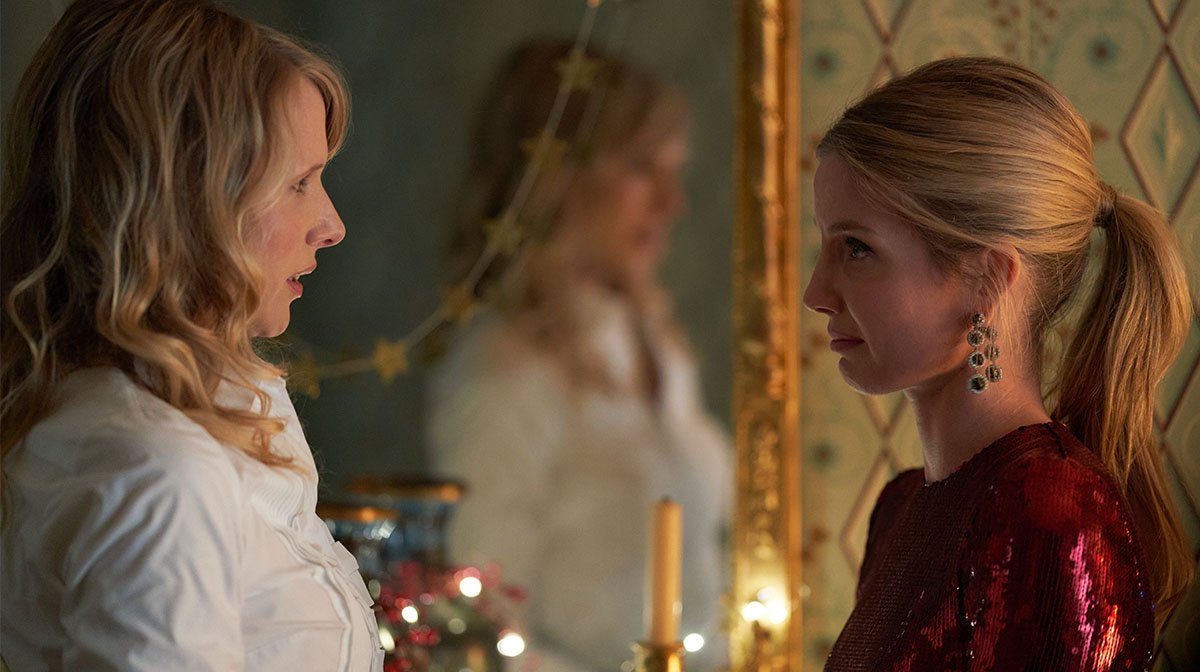 Roman, along with his twin brothers Gilby and Hardy, are Griffin’s own children and, as well as ultimately appearing in the film, were partly behind its inspiration.

“The initial idea came from the kids having just watched War Horse – they asked me what we were going to do if there was a war,” she remembers.

“When I was a child, I saw When The Wind Blows and it really shook me, and I don’t think I ever really recovered from that. So I said to them: ‘It’s not going to be good if there’s a war. We don’t have a bunker and it’ll be dreadful, or we could just have a nice dinner, lie down and take some tablets.’

“I tried to talk to them with humour but also explain the dark side. It was a weird conversation. They said they weren’t going to take pills, and I said I wouldn’t leave them on their own.”

Inspiration came from another source because while Griffin refuses to dodge the realities of the approaching disaster outside the house, she laces it with the darkest of humour.

That approach came from no less than Taika Waititi. “I was on the set of Jojo Rabbit – my three boys were in the film – and I thought how clever Taika was to use comedy in this way.

“It hadn’t occurred to me that you could use comedy to parody such heavy, serious issues. So I decided to borrow that and came home and wrote the script.” 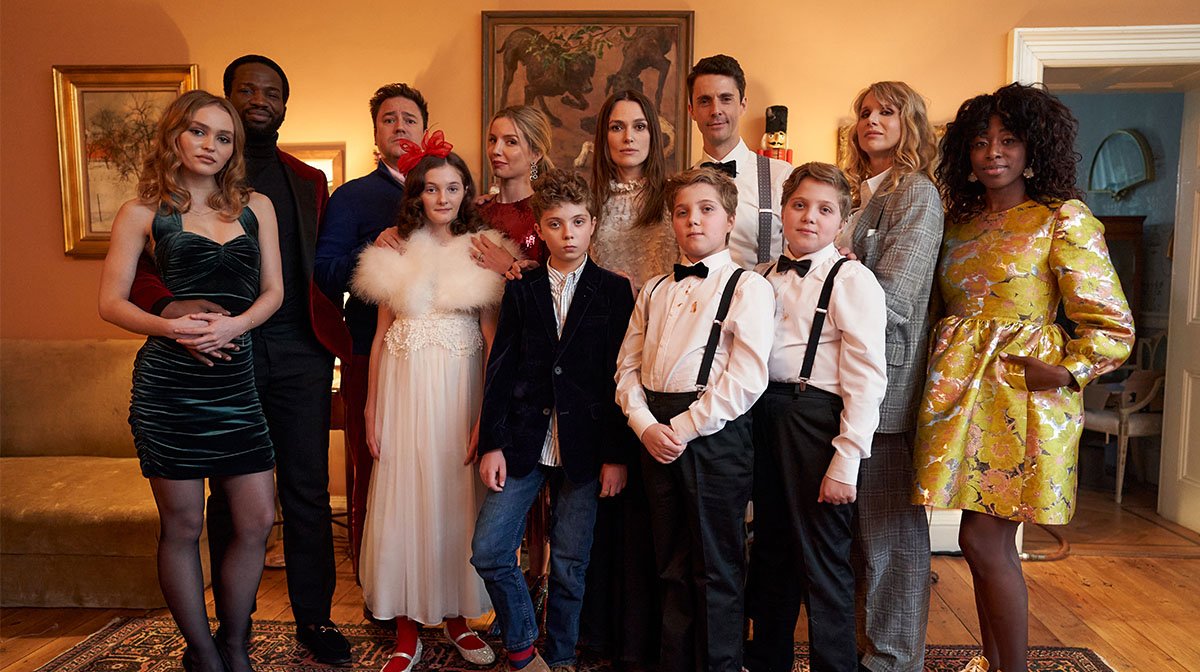 Despite the obvious connection between the film’s scenario and the ongoing pandemic, it was all written before coronavirus first emerged, with shooting wrapping just days before the start of the first lockdown.

Griffin has no problem with a release date set against the backdrop of a new variant but, at the same time, is conscious of how affecting her movie could be: “I’ve made a really upsetting film, but I don’t want to upset people more than they need to be.”

The impending and inevitable catastrophe is hinted at in early scenes, but is all-consuming by the end, as the film works through references to other post-apocalyptic movies and present day environmental issues.

And, as well as being sparked by that post War Horse conversation with her boys, she feels the story actually comes from somewhere more fundamental – her own desire to protect her children. 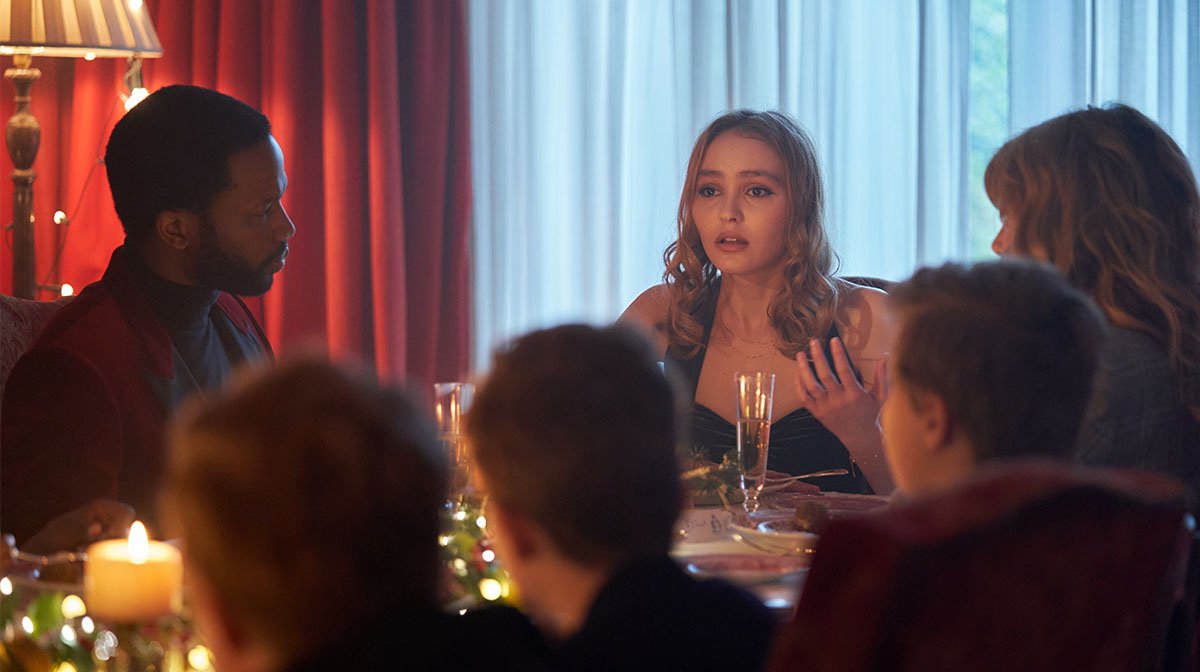 “Keira [Knightley] said it so beautifully, that ‘when you give birth, you give birth to fear,’” says Griffin, also recalling how she realised the responsibility that went with being a big sister when she was just eleven.

Her memories of giving bottles to her younger siblings and changing their nappies never went away and made her even more protective of her own children when they came along.

“I was filled with neuroses about how I protected my kids, so I’m probably tackling my own darkest fears. How do you protect your loved ones, your children, the people you care about? And how do you face death?” 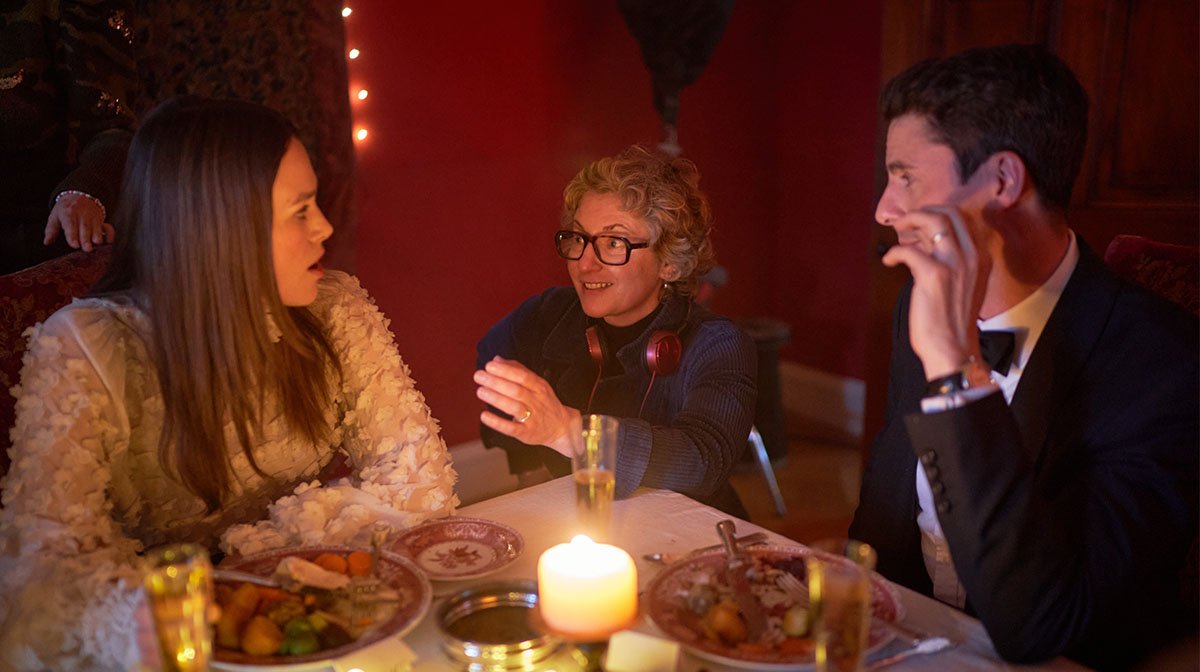 She uses Knightley’s words again in describing Silent Night as a “feminine approach to the apocalypse”, explaining that “they aren’t all jumping into spaceships to destroy an asteroid, or moving to another planet to escape catastrophe. They have to sit in horror.”

It’s an approach that she believes is more grounded, more relatable and one where, at the moment of crisis, the smallest, most trivial things take on massive significance and importance.

“It shows the ludicrousness of what we have to face in life.”

Silent Night will be released in UK cinemas on 3rd December.