In the summer of 1996, aliens blew up the White House.

An attack on Washington D.C. from extra-terrestrial invaders was the cornerstone set piece held front and centre in the massive marketing campaign for Independence Day. 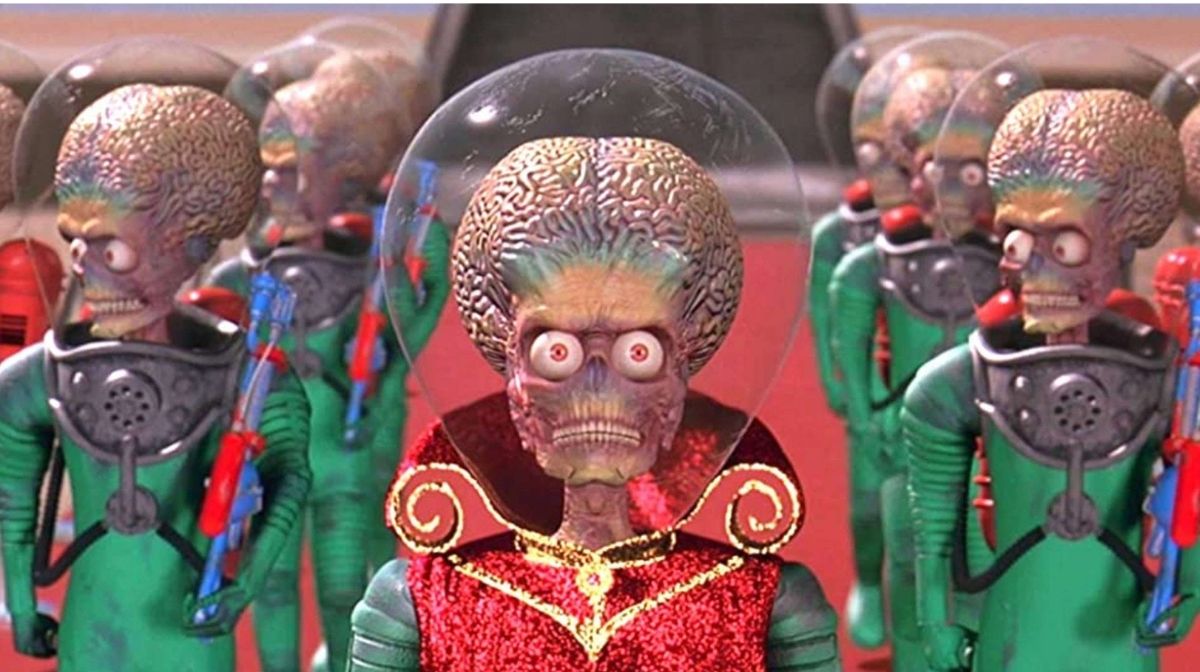 Six months later, and Washington D.C. was once again blasted to smithereens by intergalactic attackers. Only this time, it didn’t lead to any rousing spectacle to save the fate of a nation…

Instead, world leaders were killed, the planet was left in ruins, and the attackers only managed to get stopped by sheer accident.

Tim Burton’s Mars Attacks! is the anti-Independence Day in every conceivable way, so it’s no surprise that audiences were largely bemused by the film upon its release. 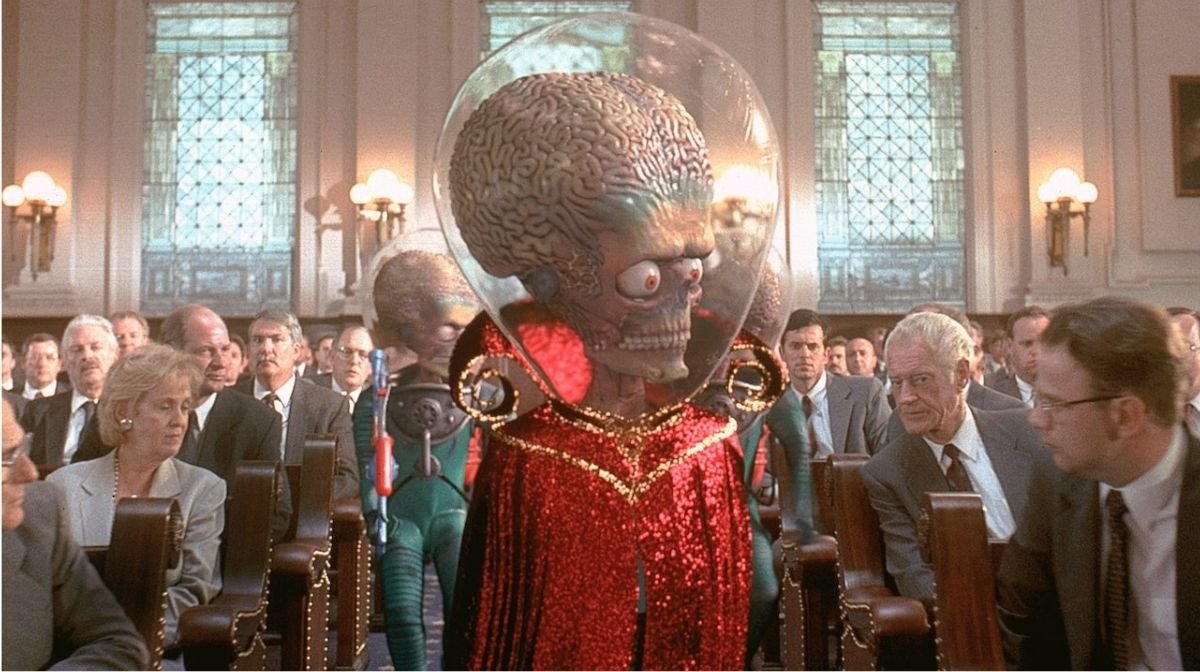 Even though it’s the director’s loving parody of the disaster movies starring A-list ensembles which graced screens during the prior decades, it was released into a climate expecting blockbuster sincerity, with audiences likely shocked that they were seeing one of the most surprisingly nihilistic films of the nineties.

The movie was Burton’s return to big budget filmmaking after Ed Wood, his biopic of the “worst director of all time” that found critical acclaim and an Oscar for actor Martin Landau, while being criminally underseen at the time.

It feels like a logical follow-up in retrospect, a winking tribute to the other genre films of Wood’s era that were far better received, even though they now look every bit as kitschy as his filmmaking attempts. 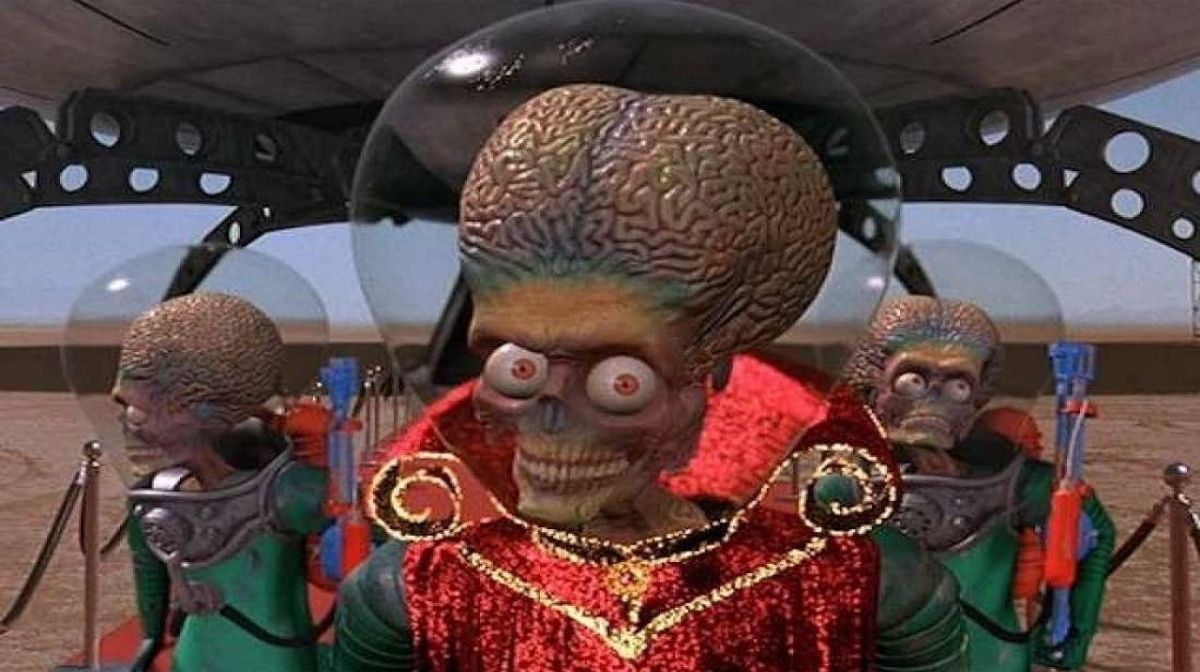 This was what initially attracted Burton to make a film based on a trading card game – the idea being to pay homage to Wood’s films after recounting his story to great acclaim in his 1994 biopic.

The script went through several rewrites after the director boarded the project in 1993, just as he was preparing to shoot Ed Wood.

Early drafts were far more sprawling, with more than 60 main characters and action taking place all over the world, with big set pieces in Russia, China, Japan and more.

In the final screenplay, this was simplified down to just three cities – although not without some cutaways to Big Ben getting knocked down, and the French president getting zapped to death (“Maurice, you’ve gotta get out of there!). 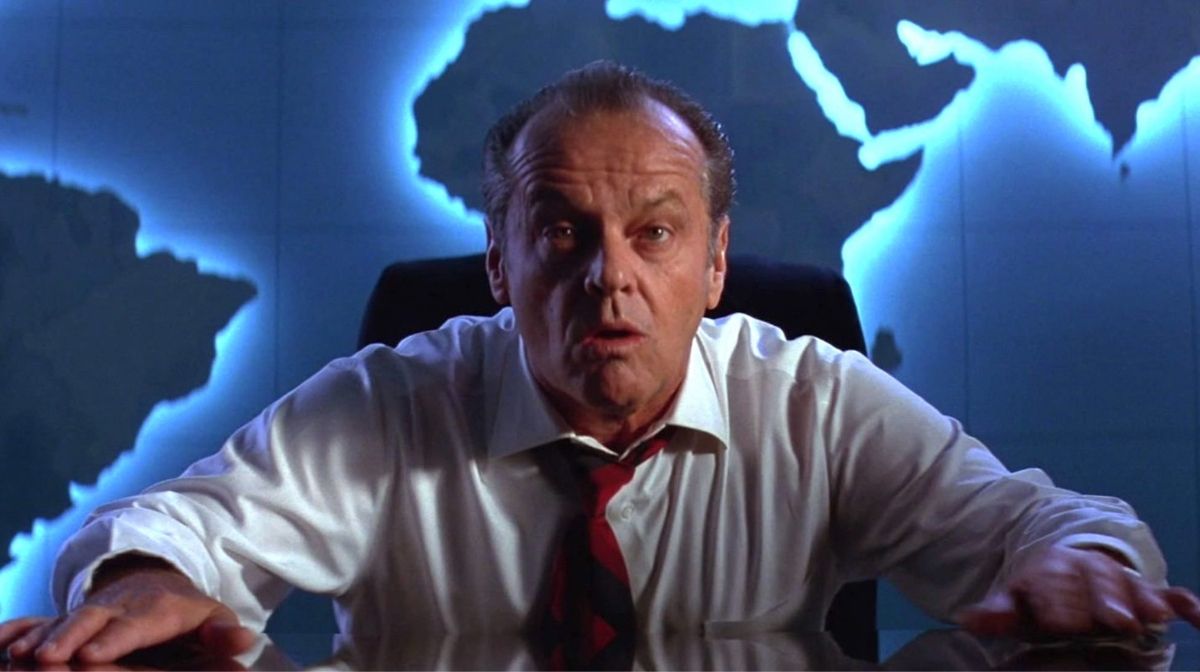 Keeping the three narrative strands within the USA turned out to be an unintentional masterstroke. Just as President Thomas J. Whitmore, as played by Bill Pullman, united a nation together in the face of an alien threat, Jack Nicholson’s President James Dale accidentally tore his apart through sheer naivety.

The Washington plot in Mars Attacks! could conceivably stake a claim as the bleakest political satire Hollywood produced since Stanley Kubrick’s Dr. Strangelove. When the Martians start embarking on their killing spree, Dale insists on complete calm even as cities are turning to rubble and citizens are getting zapped left, right and centre.

His main message for the American people is not to worry about this devastating threat to everybody’s lives – schools will still be open, and the garbage will still be collected on time. It may be a cliché to say it, but it’s true: it’s hard to not find this particularly relevant in the Omnicron era. 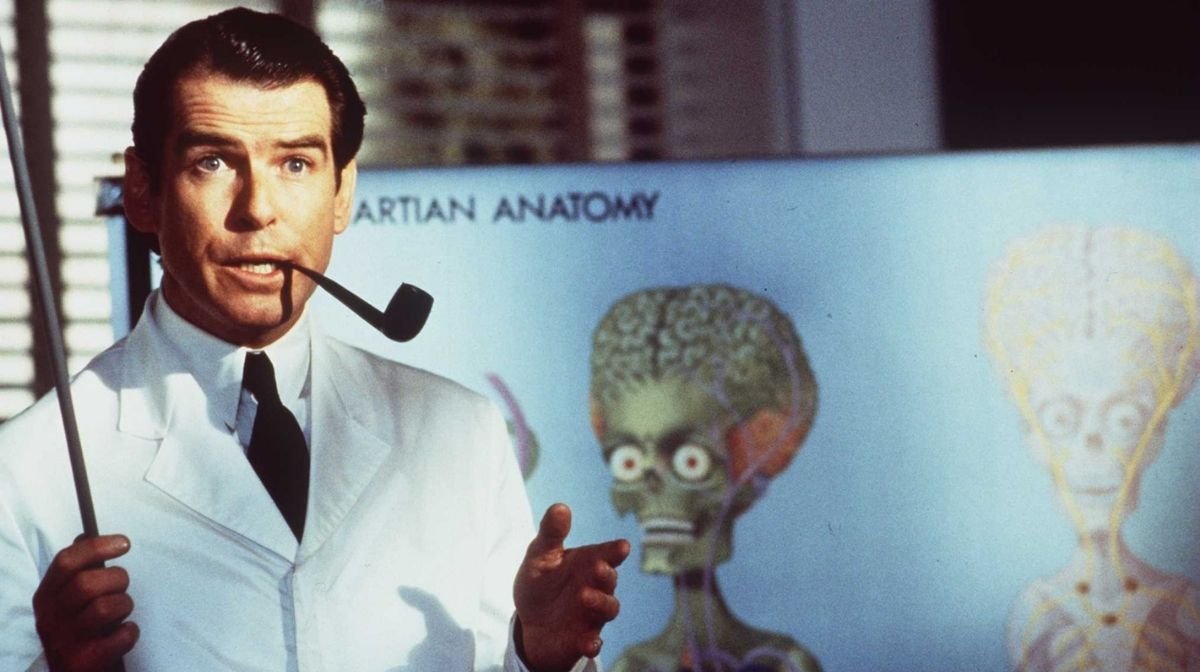 Nicholson, here in a dual role (although he initially told Burton he wanted to play every part in the film), is at his best as the put-upon Commander In-Chief, finding the sharpest satire within a broad, silly, sci-fi parody.

The film isn’t subtle in its commentary – there’s a defence secretary eager to nuke the aliens, and a President so bound by regulations in international relations that he keeps falling into their traps time and time again.

Months after America saved the world, here they remained powerless, no amount of military might managing to bring the Martians to their knees.

It may have been at the centre of a broad comedy – but the sheer nihilism of it was just as alien to audiences as the invaders themselves. 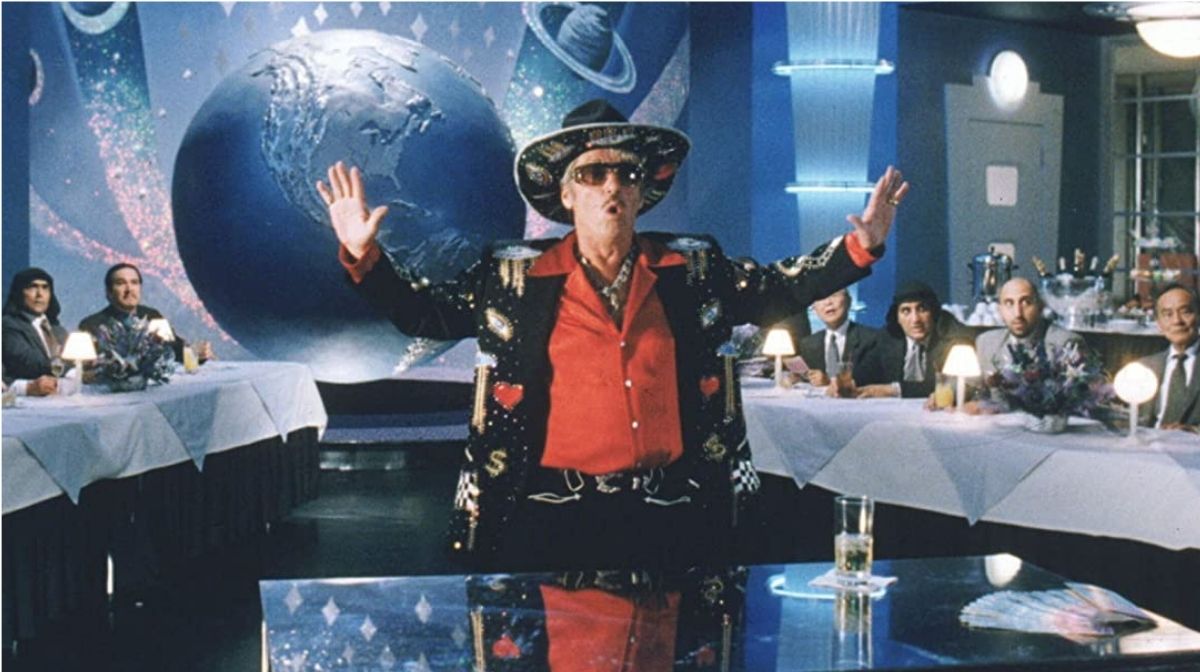 The film was a box office disappointment, only making $100 million off the back of an $80 million budget (the rule of thumb is that a film has to make at least double its budget to turn a profit).

Many observers cited that Independence Day helped lead to this, the antithesis that came out many months prior. But 25 years later, its satire feels all the richer because of just how many action movie conventions it breaks.

In the 2006 book Burton On Burton, the director spoke of the Independence Day comparisons, saying: “It was just a coincidence. Nobody told me about it. I was surprised how close it was. But then, it’s a pretty basic genre I guess. 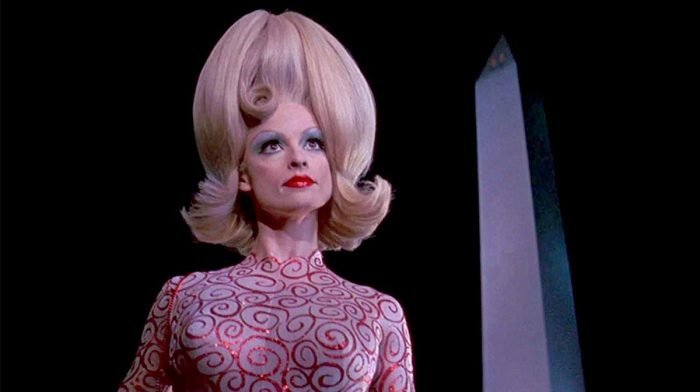 Now, you’ll rarely hear anybody invoke the two films in the same breath; Mars Attacks! has only grown stronger with age, a disaster movie parody released before people were ready to see the genre get torn to shreds.

Shop Mars Attacks! on Blu-ray in our store.