The history of Middle-earth (the continent on which J.R.R. Tolkien’s widely popular books are set), is one that spans millennia, and as such, there are generations of obscure Lord Of The Rings characters that many people — aside from the most avid of readers — are unfamiliar with.

With most casual audiences having watched the live-action films by director Peter Jackson (which include the complete Lord Of The Rings trilogy and The Hobbit prequel trilogy), it’s safe to say that names such as Frodo, Gandalf, Aragorn, and Gollum are instantly recognisable.

However, did you know that Tolkien’s bibliography also features books that are completely unknown to your average moviegoer? 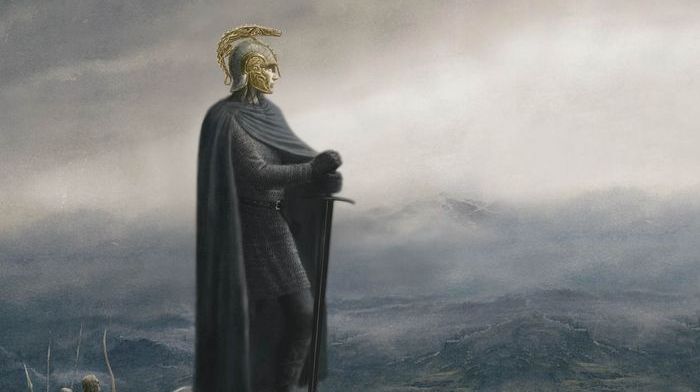 If we have piqued your curiosity, keep reading to discover our top ten obscure Lord Of The Rings characters. These fascinating individuals are detailed in Tolkien’s broader work (most of which was published posthumously), predominantly The Silmarillion, The Children Of Húrin, and Beren And Lúthien. 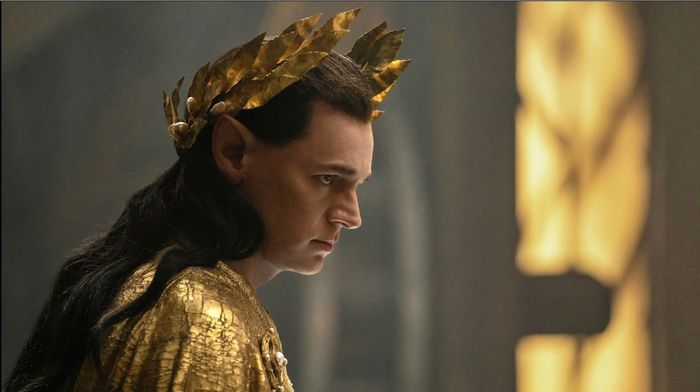 The top position in our list of the best Lord Of The Rings characters you’ve never heard of goes to Eöl, an Elf whose story is detailed on the pages of The Silmarillion.

Known as the Dark Elf, Eöl lived during the period known as the First Age (a long time before the War Of The Ring, which takes place during the Third Age). He founded his own realm in the forest of Nan Elmoth, where the trees grew so tall they blocked all light from the sun.

Unlike most of his kin, Eöl had a strong relationship with the Dwarves, particularly those who lived in the Blue Mountains. They taught him the means to forge great weapons, like Anglachel (later renamed Gurthang), which was used to slay the first of the dragons, Glaurung. 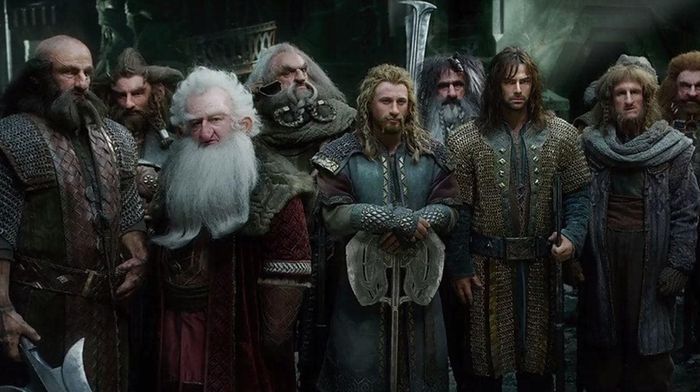 Second on our list is Mîm, who — like Eöl — was alive during the First Age. A member of the Petty-dwarves (a group of exiled Dwarves known for their smaller stature and dislike of social interaction), Mîm is best known for accompanying Túrin Turambar, the protagonist of The Children Of Húrin.

Despite the respect that Mîm developed towards Túrin, he could not overcome his deep hatred of the Elves, who had once hunted his kind.

It was this hatred that drove him to forge an alliance with the Orcs, which led to the deaths of all his party except for Túrin. 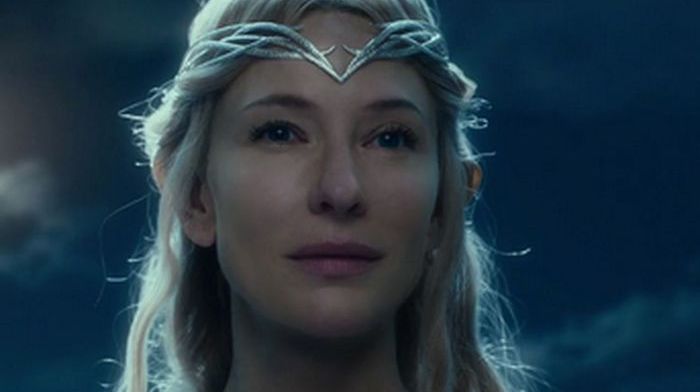 Nessa is a member of the Valar, the most powerful of the first beings who helped to shape Arda (the name given to the world by Tolkien).

Irrespective of her divine position amongst the inhabitants of Arda, she is considered to be the least of her kind.

Nevertheless, Nessa is respected for her immense speed, which earned her the title Nessa The Swift. It is said that she moves as fast as an arrow, allowing her to easily outrun fleet-footed animals, such as deer. 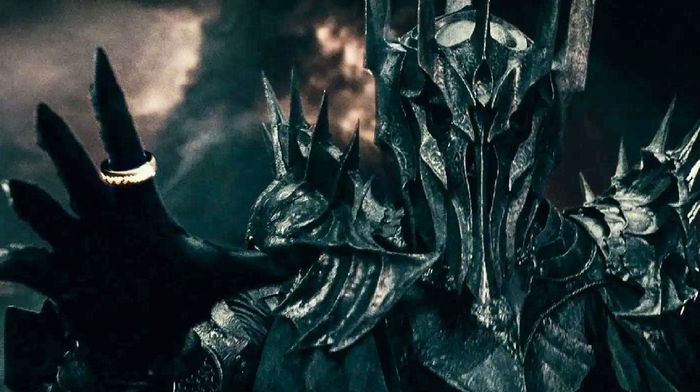 Before Sauron, it was Morgoth (otherwise referred to as Melkor) who held the title of Dark Lord. He was a member of the Ainur — the group from which the Valar were derived — and the one who brought about evil in the world, disrupting the music of Eru Ilúvatar (the omnipotent creator of Arda).

Throughout the course of the First Age, Morgoth corrupted many of the Ainur, including his most loyal servant: Sauron. He used this following and his own power to wage war against the Valar, the Elves, and Men.

To the relief of all who endured the horrors of this time, the Valar eventually managed to bind him in chains and throw him to the Void, but his evils would continue, driven by the malice of Sauron. 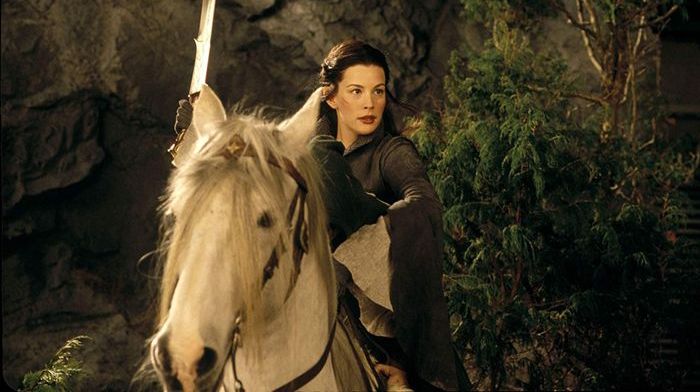 Glorfindel is a unique case on our list of the most obscure Lord Of The Rings characters because he is a prominent figure of the Third Age despite being slain during the First.

Resurrection isn’t uncommon amongst divine entities like the Ainur, of which Gandalf is a good example, but Glorfindel is not one of them: he is an Elf.

What sets Glorfindel apart from his kin is that he performed great services to the leader of the Ainur, Manwë, and accomplished deeds of song-worthy heroism, such as killing a Balrog (a demon-like creature similar to the one that the Fellowship encounter in the Mines Of Moria) in single combat, which was the final act that caused his death.

In the The Fellowship Of The Ring novel, Glorfindel is the one who saved Frodo Baggins from the Ringwraiths. The movie adaptation, however, hands this role to Arwen (played by Liv Tyler), and because of this change, audiences aren’t likely to be familiar with the lord of the House Of The Golden Flower. 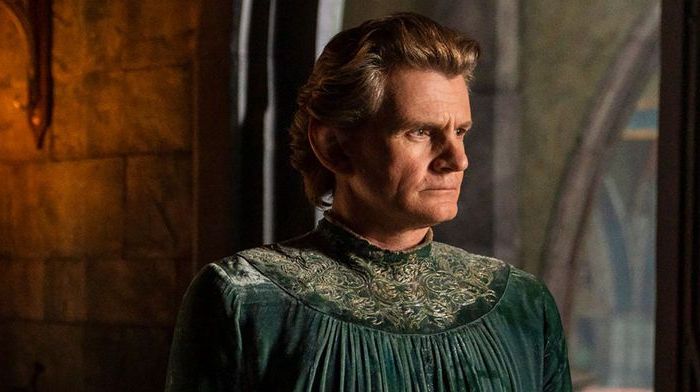 Even so, his popularity is resigned to fans of the above, and most moviegoers who have seen Jackson’s adaptations won’t react if you utter his name.

To get everyone up to speed, Celebrimbor is a member of the Elves who lived during the First and Second Age. His role in the broader mythology, ignoring the non-canon events of the video games, is that of the smith responsible for forging three of the Rings Of Power: Nenya, Vilya, and Narya.

Though he was mentored by Sauron, who at the time went by the name Annatar, he didn’t trust the self-described emissary of the Valar and chose to make these rings independently, thereby protecting them from the Dark Lord’s corruption.

Some of the more attentive fans may recognise the names of the Rings Of The Elves, as they are worn by Gandalf, Galadriel, and Elrond throughout the events of The Hobbit and The Lord Of The Rings.

This shows how Celebrimbor remains important to the War Of The Ring, even if he isn’t alive to participate directly. 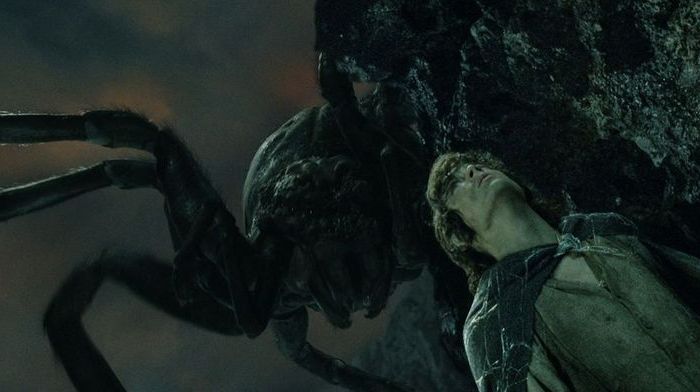 Ungoliant was the name of the oldest giant spider of Arda, another example of which is Shelob, a descendent of this primoradial creature. Though Ungoliant’s form resembled that of an arachnid, she was a spirit that chose to assume this shape.

The origins of Ungoliant are a mystery, with many speculating that she could’ve been a member of the Ainur who chose to appear as a spider.

However, what is known is that she aligned herself with Morgoth, and the pair enacted a plan for her to drink the light of the Two Trees Of Valinor, which made her grow to a tremendous (and horrifying) size. 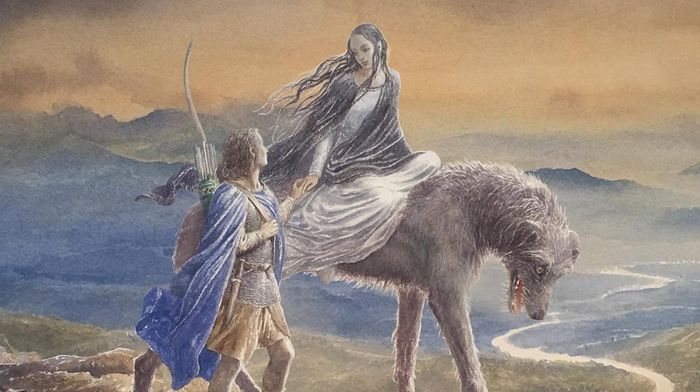 Made popular amongst book fans by Tolkien’s tale of Beren And Lúthien, Beren Erchamion was a member of the race of Men who fell in love with Lúthien, an Elf. He existed during the First Age, during which he disrupted the activities of Morgoth and earned the Dark Lord’s ire.

Eventually, Beren’s path took him to Doriath, where he met his true love (the princess of Sindar), but Lúthien’s father would not allow the pair to marry unless Beren performed a seemingly impossible task: to steal a Silmaril from the iron crown of Morgoth.

This quest was successful, but it came at the cost of their lives. It was only by the grace of Mandos (one of the Ainur) that they were restored to life.

The Song Of Beren And Lúthien is sung by Aragorn during The Fellowship Of The Ring; however, this scene was only included in the extended version. 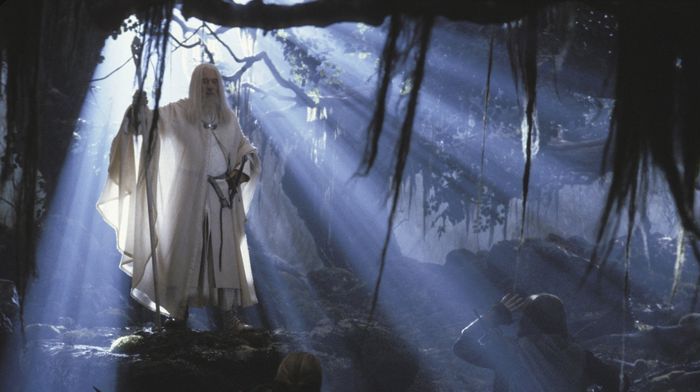 The Queen Of The Valar is Varda, who is the individual who placed the stars in the sky. She is said to be the most beautiful of her kind, her face imbued with the grace of Eru Ilúvatar, and in contrast to most of her peers, she knew of Morgoth’s evil before his actions came to pass.

Varda’s rejection of Morgoth made her his most hated enemy, but to the Elves, she is revered for creating the stars. She is also the recipient of many prayers, and she sometimes responds to them, as she does when Samwise Gamgee needs help against Shelob. 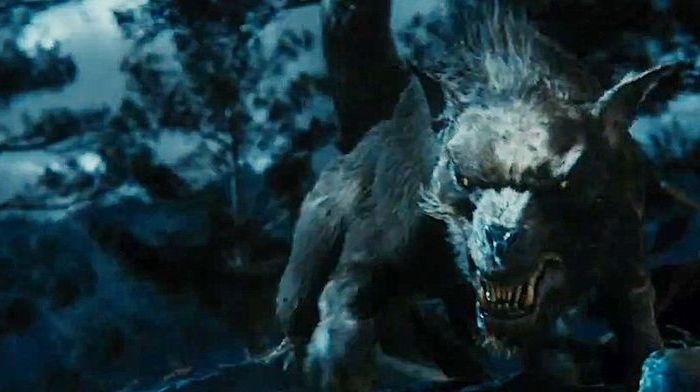 The final entry on our list of obscure Lord Of The Rings characters is Huan. You might be surprised by this addition, as he is not a divine being or a member of Middle-earth’s dominant races, but a wolfhound.

During the First Age, Huan was gifted to an Elf called Celegorm by the Vala Oromë, overseer of the hunt. The wolfhound had the appearance of a beast the size of a horse, and the Valar had granted him the ability to speak on three occasions in his lifetime.

Huan was involved in the quest of Beren and Lúthien, offering his assistance to the latter when she was captured by Celegorm. His assistance came in the form of telling her a way to escape and defeating Sauron in a one-on-one battle.

If you’re looking for products inspired by your favourite characters, browse our line-up of Lord Of The Rings merchandise.