It’s the last thing you see but slap bang at the front of your memory. A film’s ending can make or break how you feel about what you’ve just seen: ideally it brings a sense of satisfaction, but sometimes it makes you want to throw your popcorn at the screen.

Yet, done right, it doesn’t simply bring things to a fitting conclusion – it can be remembered forever.

The spinning top in Inception, the contents of the box in Se7en, those lingering glances in La La Land, that closing door in The Godfather – all indelible images that also brought their narratives to a perfect close. 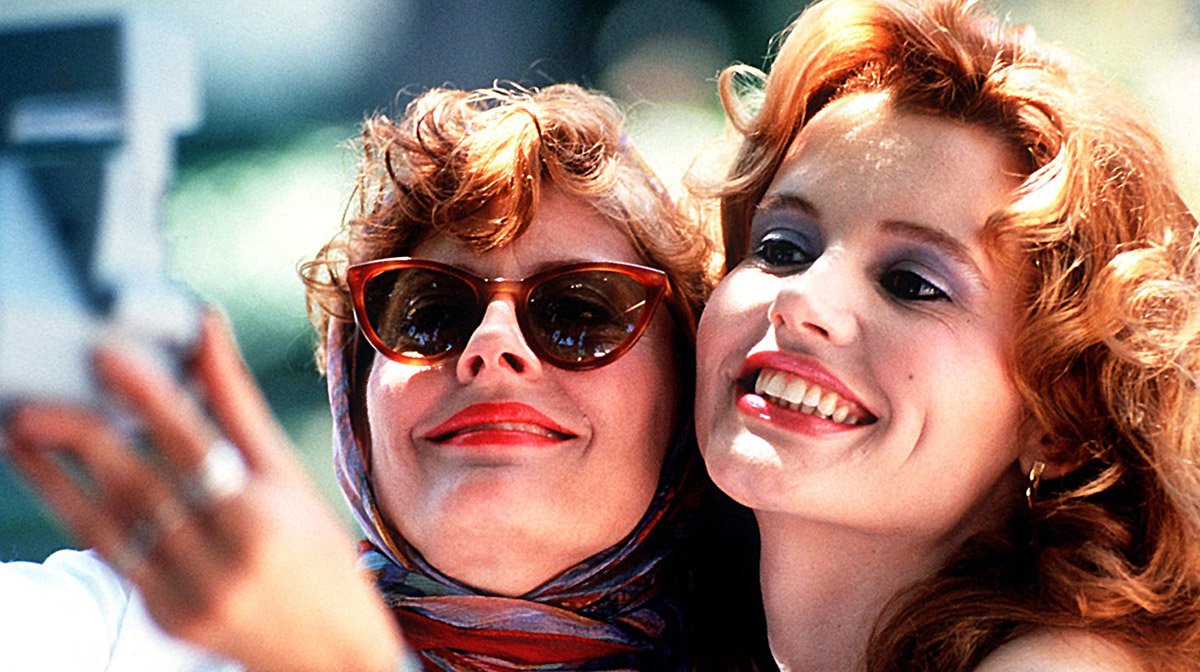 But for one which all but leaps off the screen and made icons of the two women involved, you have to go back further. To the Oscar-winning Thelma & Louise which turns 30 today, and told the story of isolated housewife Thelma (Geena Davis) and waitress Louise (Susan Sarandon) and their freedom drive to Mexico.

Their final moments are frozen in time on the screen. Literally. 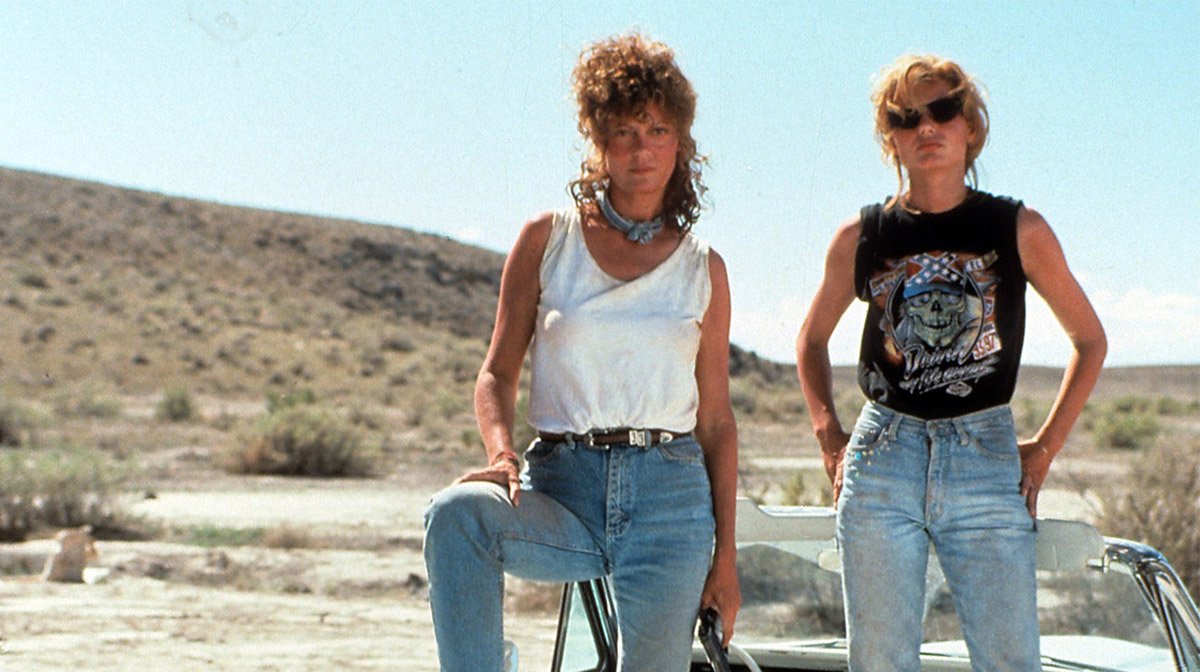 It was a film that carved out its own place in cinematic history with its depiction of female friendship – real friendship that didn’t play second fiddle to romance – showing women taking control of their lives and breaking the rules as they went along.

It also introduced us to the acting talents and charms of a certain Brad Pitt. We think he did okay for himself, even if he was only paid for $6,000 for his work on the film. He was one – and perhaps the most memorable – of the characters the two women met as they tried to stay at least one step, and a good few miles, ahead of the police.

It all comes to a head in the desert. After a pulsating chase across the arid landscape, the two agree they’re not going to be caught by the police and take the only other option – driving their 1966 metallic blue Thunderbird off the edge of a cliff. 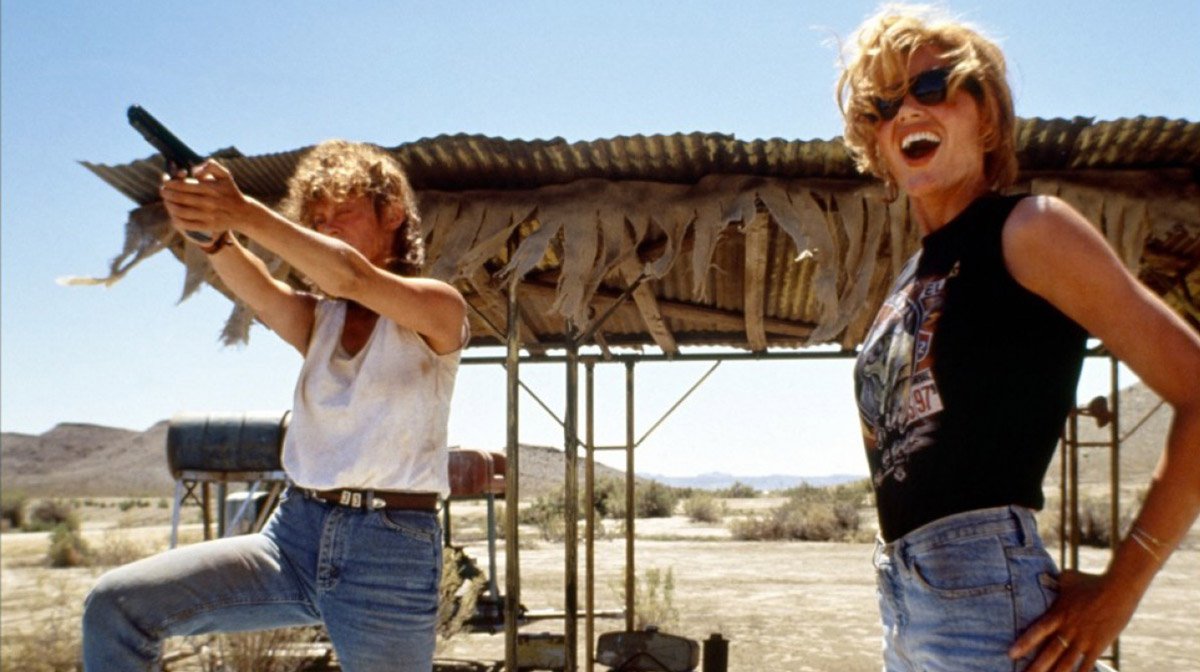 But, instead of seeing the crash, all we’re shown is the car freezing in mid-air and the screen fades to white.

It’s not the first time the freeze frame technique has been used in this way – remember Butch Cassidy And The Sundance Kid? – and it does a similar job here, not just creating a certain ambiguity about the friends’ future, but also adding a note of optimism.

There is no gloomy fate at the bottom of a canyon. They’re going out in something closer to a blaze of glory, just as much in charge of their destiny as they were throughout the film. Like Thelma tells Louise before they drive off: “Let’s not get caught. Let’s keep going.” 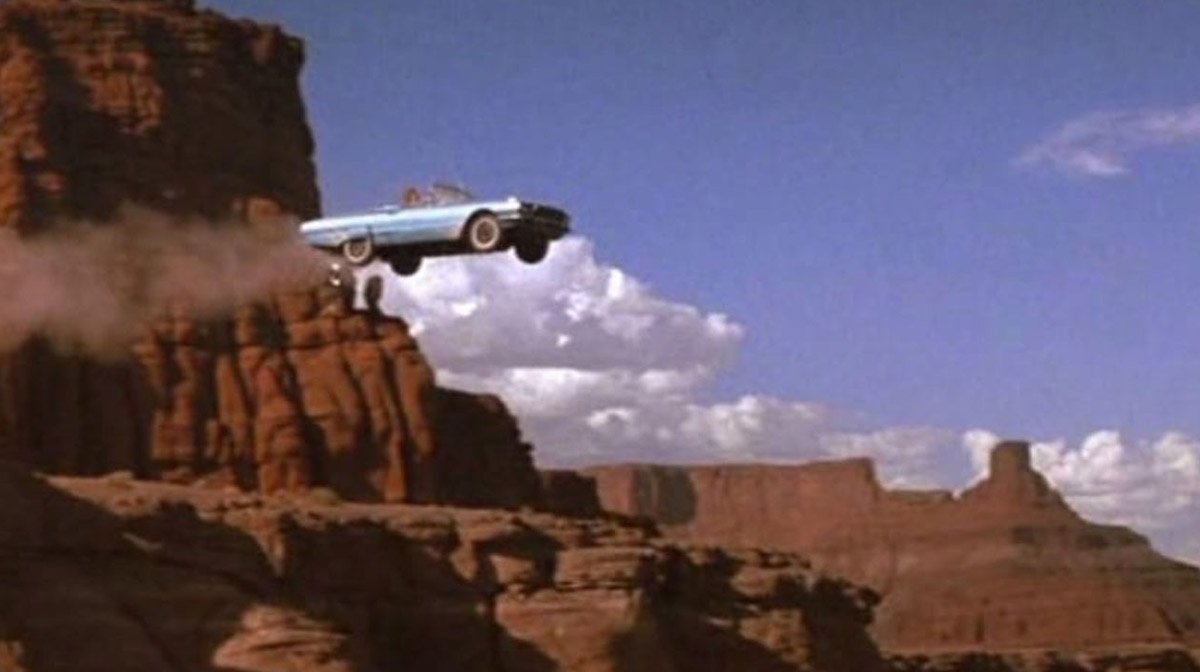 Except, we nearly didn’t get that ending. An alternative ending saw the light of day when the film had its DVD release and, although it’s not massively different from the one that was ultimately used, it would have changed the final message.

It shows the moments immediately after the freeze frame, with the car falling into the canyon as Harvey Keitel and the cops can only stand and watch.

The final shot shows Thelma and Louise driving off into the distance, presumably into the afterlife. It’s also shot in the same location as the opening credits, so the implication that they were destined to die in that canyon is inescapable. As is the inference that the women had no choice in their fate. It had to go.

Sarandon was one of the biggest advocates for keeping the ending as it was, insisting that it didn’t change.

A third option was discussed, in a conversation between her and director, Ridley Scott. It seems he suggested that Louise save Thelma’s life by shoving her out of the car but it never got beyond that brief chat.

Rightly so, because it would have condemned Thelma to going back to the life she didn’t want any more. And that would have made for a downbeat, submissive ending at odds with the rest of the film. 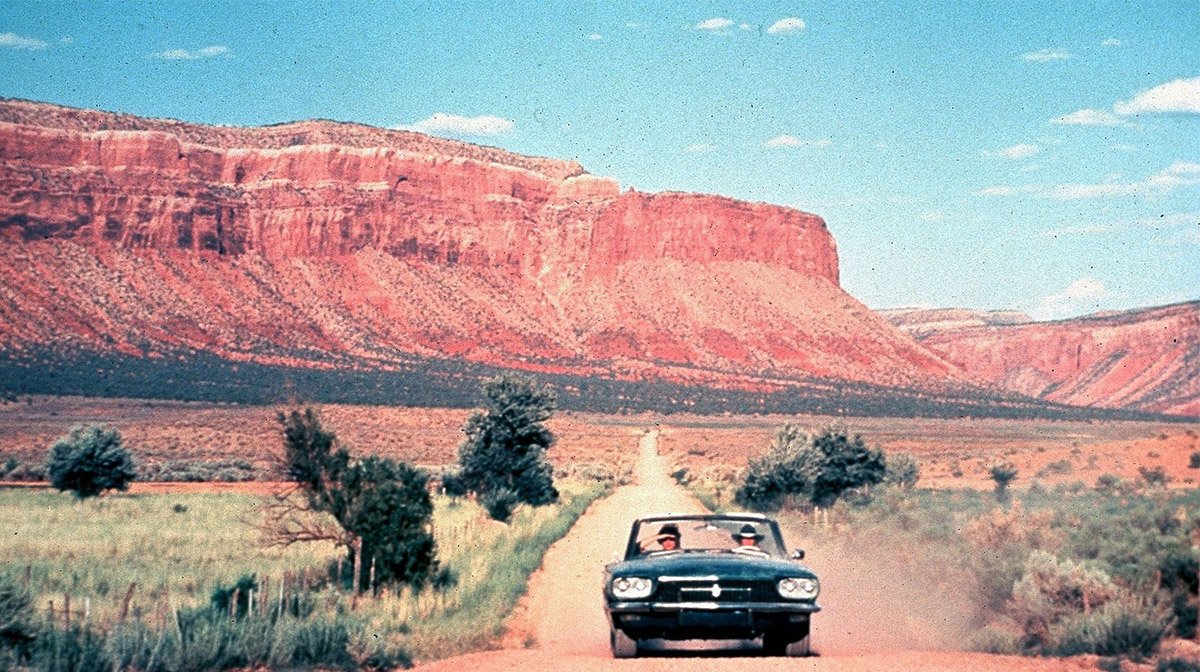 The end scene was also the final one of the shoot. A ramp was built in Dead Horse Point State Park in Utah and it was filmed in two takes, with much of the car’s weight removed so it could defy the laws of physics and go up on take-off, rather than down.

Those figures in the car are, of course, dummies. While that aspect of the finale was dependent on technical skill and careful planning, Scott was also open to suggestions and improvisations from his cast and one moment which wasn’t in the script was that farewell kiss.

In the 1995 documentary, Celluloid Closet, Sarandon said she came up with the idea of Louise kissing Thelma before they drove off the cliff. It was, she added, something she kept from the film crew, Scott included. Only Davis was in on the secret. 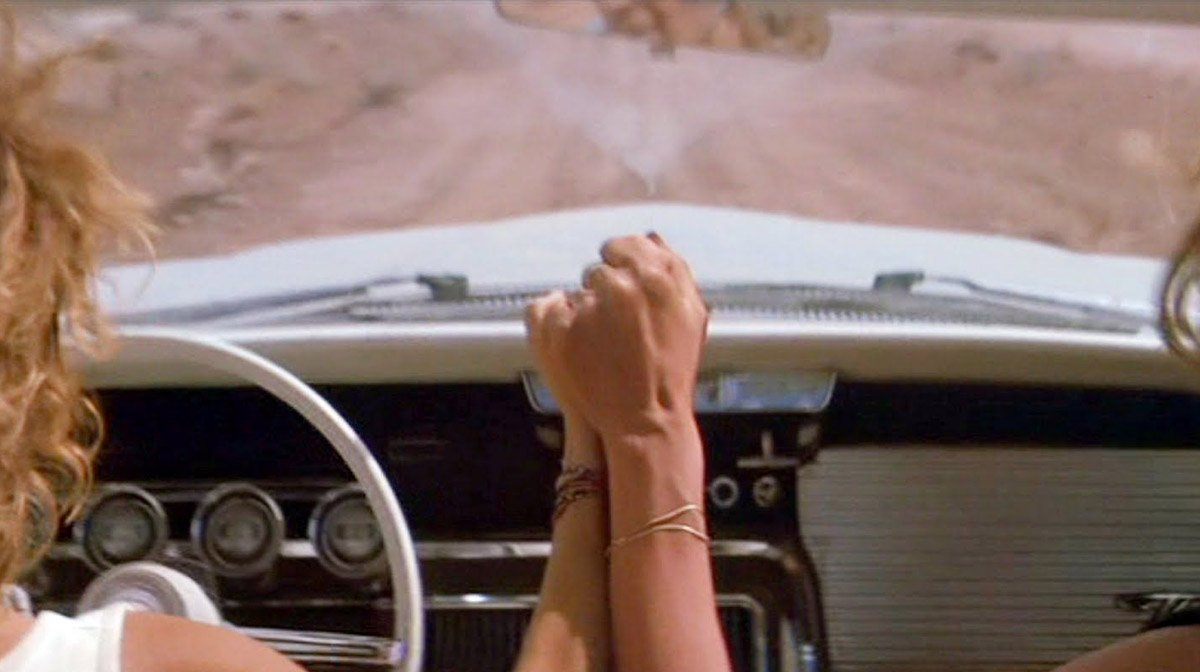 That frozen moment in time is a happy ending, but not of the Hollywood variety, and the two women wouldn’t have wanted it any other way.

Their lives and their ultimate fates belonged to them and, with their hands clasped as they made their final decision, they drove into something approaching cinematic mythology, leaving us wanting and hoping for more.

Thirty years old it may be, but it’s an ending that’s more than at home in 2021.