When discussing which superhero movie is the best of all time, the usual suspects of The Dark Knight, Avengers: Endgame, Logan, Spider-Man: Into The Spider-Verse and 1978’s Superman crop up on multiple occasions.

One film that never really enters into the conversation is M. Night Shyamalan’s Unbreakable, which isn’t just a fantastic superhero movie, but one very much ahead of its time too.

Whilst last year’s release of Glass, sequel to both Unbreakable and 2016’s Split, rightfully drew attention to this fascinating deconstruction of superhero mythology, the film is still largely forgotten about in the genre, mainly thanks to the domineering Marvel and DC Comics.

Which is a shame really, making Unbreakable arguably cinema’s most underrated superhero film, and one that deserves to be seen and celebrated. 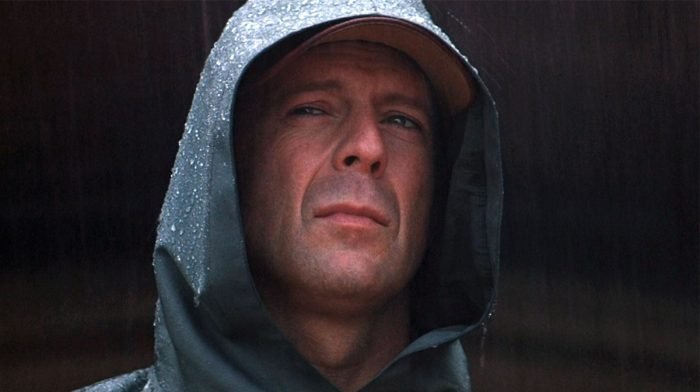 Especially since the likes of the Marvel Cinematic Universe (MCU) and the DC Extended Universe (DCEU) owe part of their success to this brilliant movie which, released in the year 2000, cleverly anticipated the rise of the modern superhero movie, setting the stage for the wave of them which would hit the 21st century.

Of course before the movie hit cinemas, there were already some successful superhero films, including Tim Burton’s 1989 Batman, and 1978’s Superman, whose tagline of ‘you’ll believe a man can fly’ was rather apt given its remarkable impression on audiences.

Still, superhero films were indeed rare in this era, especially when compared to the way they have dominated the big screen over the past decade. 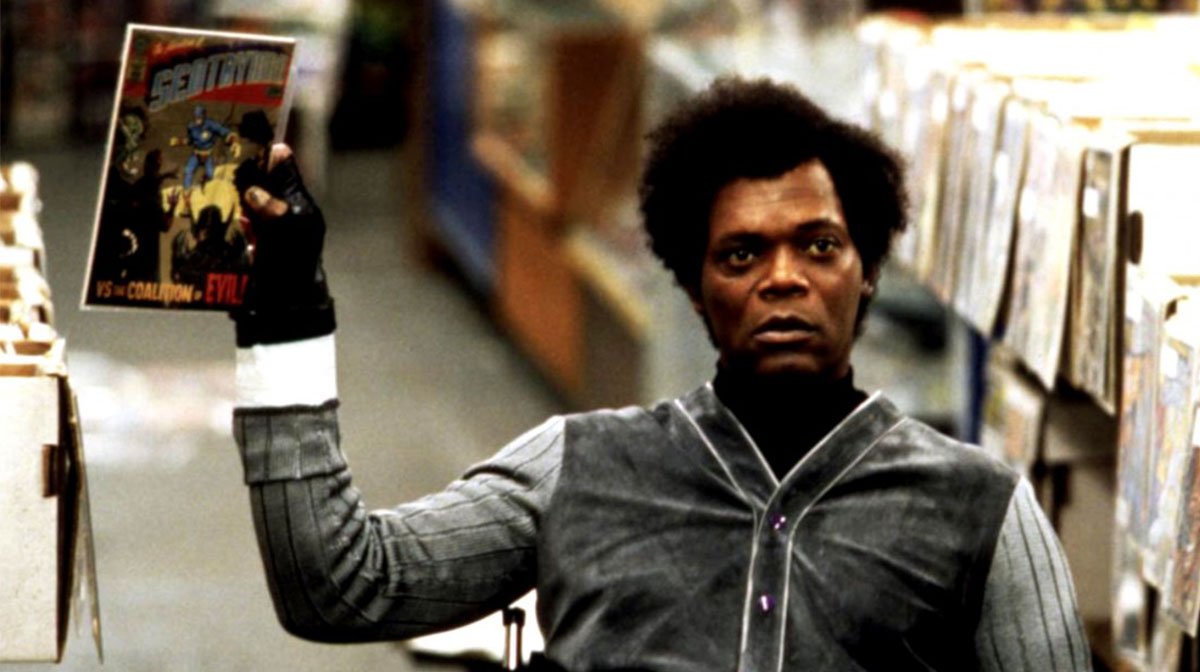 Crucially Unbreakable understood the appeal of both superheroes and comic books, therefore in a way foreseeing how this interest would only grow, leading to the overwhelming demand for the genre, which caused last year’s Avengers: Endgame to become commercially the biggest film of all time.

For example, take our hero David Dunn’s son Joseph, wonderfully played by Spencer Treat Clark. Wide eyed, young and eager, Joseph looks up to his father as if he is a god-like figure, believing he is the indestructible superhero who was once just a fantasy drawn onto the pages of a comic book.

In one of the film’s most shocking scenes, Joseph draws a gun on his dad, driven by the overwhelming conviction that David cannot be hurt by a bullet due to his superhuman abilities.

One of the reasons this scene is so intense is because just like Joseph, we as an audience also want to believe, enchanted by the idea of an unbreakable man. 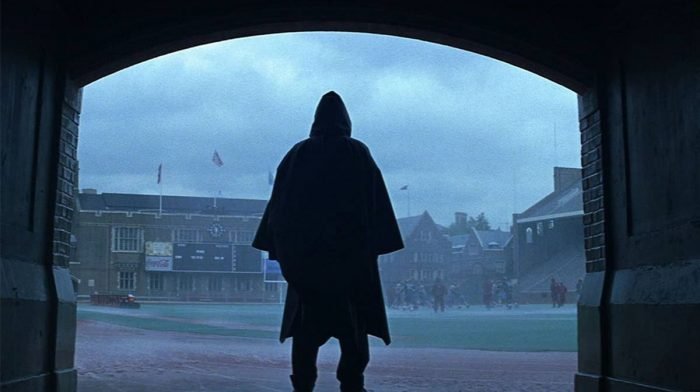 In another key scene, the villainous Elijah Price reflects on how comic books aren’t too dissimilar from the likes of classic Egyptian myths and stories which have been passed down through generations.

Standing in front of a wall of hieroglyphics, he tells us about his belief that “comics are our last link to an ancient way of passing on history”, with people connecting to their stories, then sharing them “through pictorial forms”.

And he is right. The likes of The Flash, Captain America and Storm aren’t far off from the gods the Egyptians, Greeks and more told tales about throughout history. Of course some of these comic book heroes, such as Thor and Wonder Woman, are actual gods, playing on this connection.

Since these stories were of great cultural importance to ancient people, then it is no wonder today we are so enamoured with these comic gods of modern mythology. 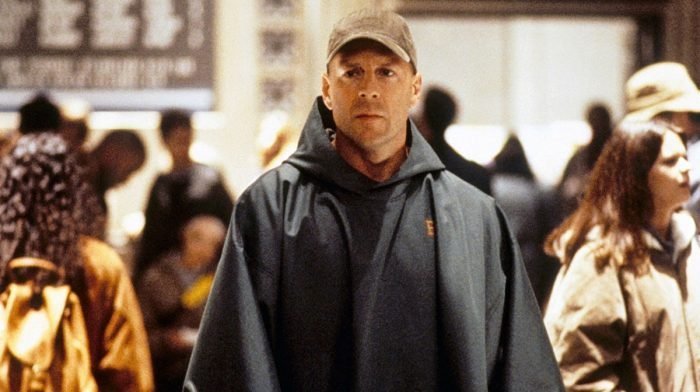 Unbreakable didn’t just understand and predict how comic books would be seen and recognised in 21st century culture, but it also laid out the template for the modern day superhero movie.

For instance, the film places emphasis on the juxtaposition between hero and villain, even using colour to visually bring this to life – David wears green whilst Elijah is dressed in purple.

However, whilst the two are direct opposites, Elijah has a brittle bone disease whilst David is, as the title states, unbreakable, it isn’t made clear until later who will be the villain of the piece, and who will be the superhero.

The moment they become friendly though we know the pair will come into conflict, with Elijah even noting himself that heroes and villains are always mates first. 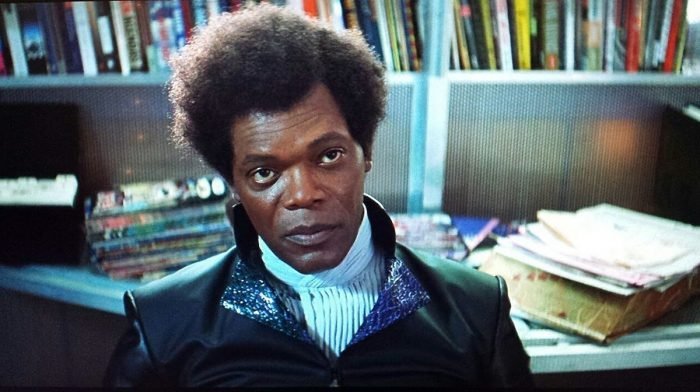 Part of the reason there is this early blurring between roles though is because David is indeed very flawed, which all modern day superheroes are shown to be. Just compare Robert Downey Jr.s portrayal of Iron Man to Christopher Reeves’ Superman.

When we first meet David, he takes his wedding ring off and attempts to chat up a woman on a train. He isn’t exactly shown to be a great husband, father, or man in general.

Meanwhile we are invited to feel sympathy for Elijah, something which still hits even after he reveals just how dangerous and villainous he really is. 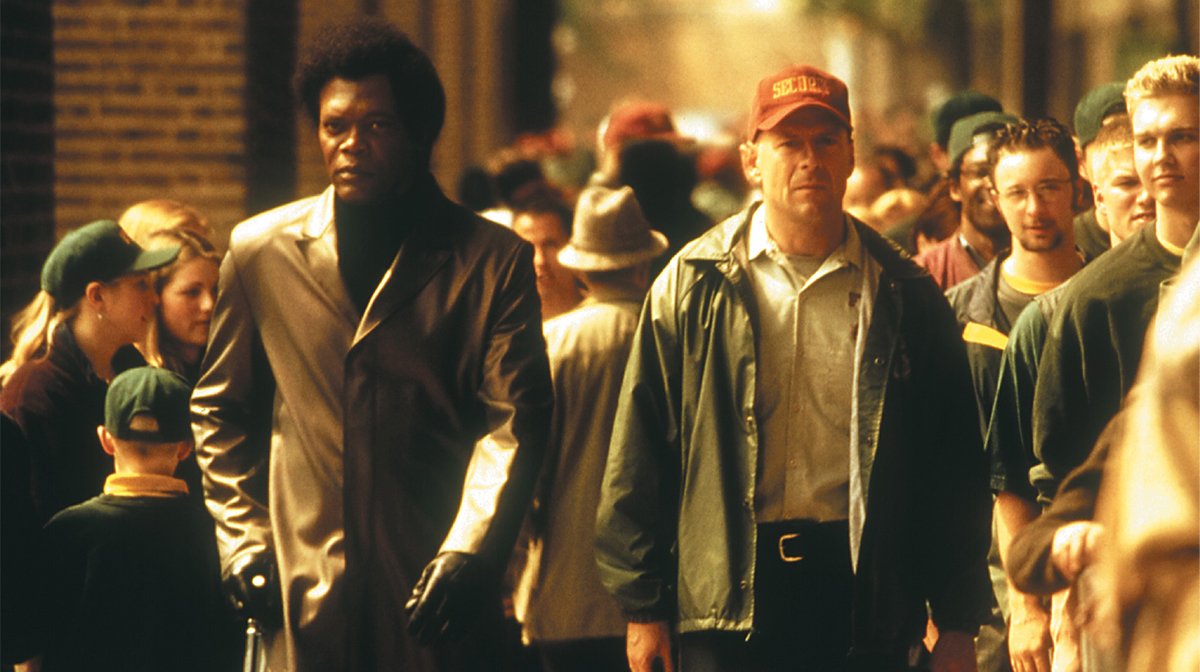 In direct opposition to David who we are introduced to when he is misbehaving, we first meet Elijah when he is a vulnerable baby who has been born with all of his bones broken.

You immediately feel for the character, and that continues when we see him get injured, his emotional struggles with his condition, and that desperate belief that David is a superhero.

Whilst Mr. Glass is indeed a bad guy, the movie invites you to understand how he got to this stage, and his point of view. In the same way Marvel does with Zemo and Thanos, or DC does with Orm in Aquaman, who is looking for revenge on humanity who have been polluting his oceans. 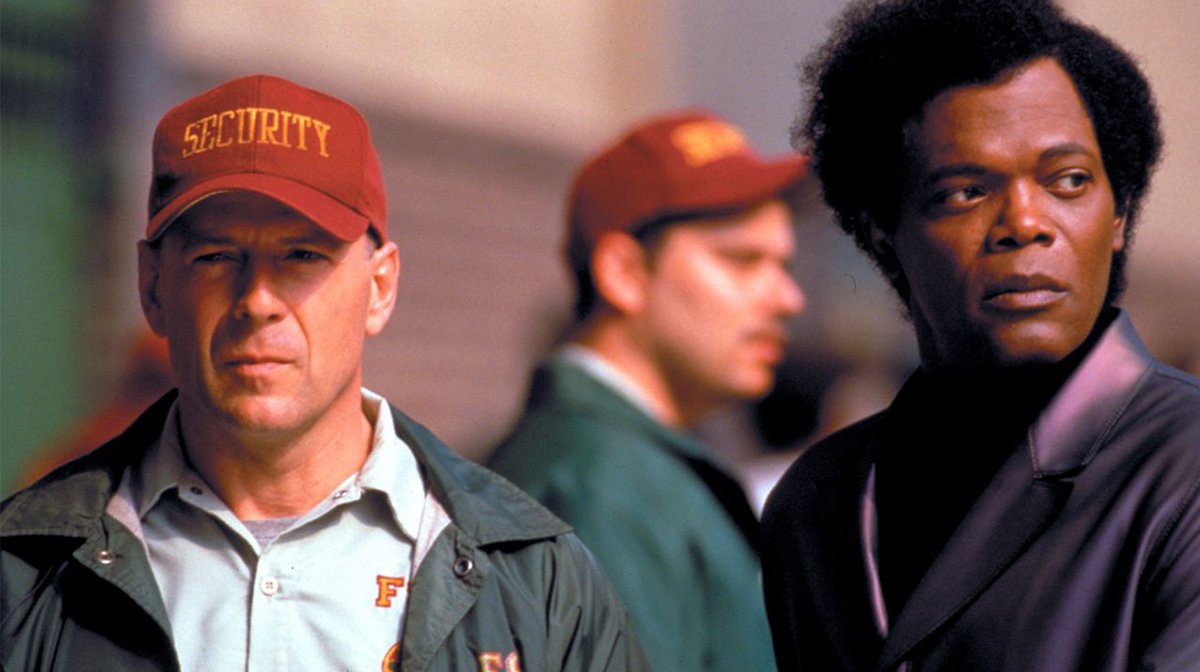 The film is also set in the real world, with David Dunn being portrayed as a flawed everyman figure who has motivations we can all relate to, whether that is discovering our own self-worth or wanting to protect our family.

Both Dunn’s heroic act of saving a captive family from a sadistic janitor, and Elijah’s crimes, he is essentially a terrorist, are rather realistic.

The likes of Christopher Nolan’s Dark Knight Trilogy and Matthew Vaughn’s Kick-Ass would also be grounded in realism, thus drawing inspiration from what Shyamalan did with Unbreakable.

Other elements such as the superhero theme which plays when Dunn starts using his powers, and Elijah’s fabulous supervillain outfit, would also go on to be replicated in other movies. 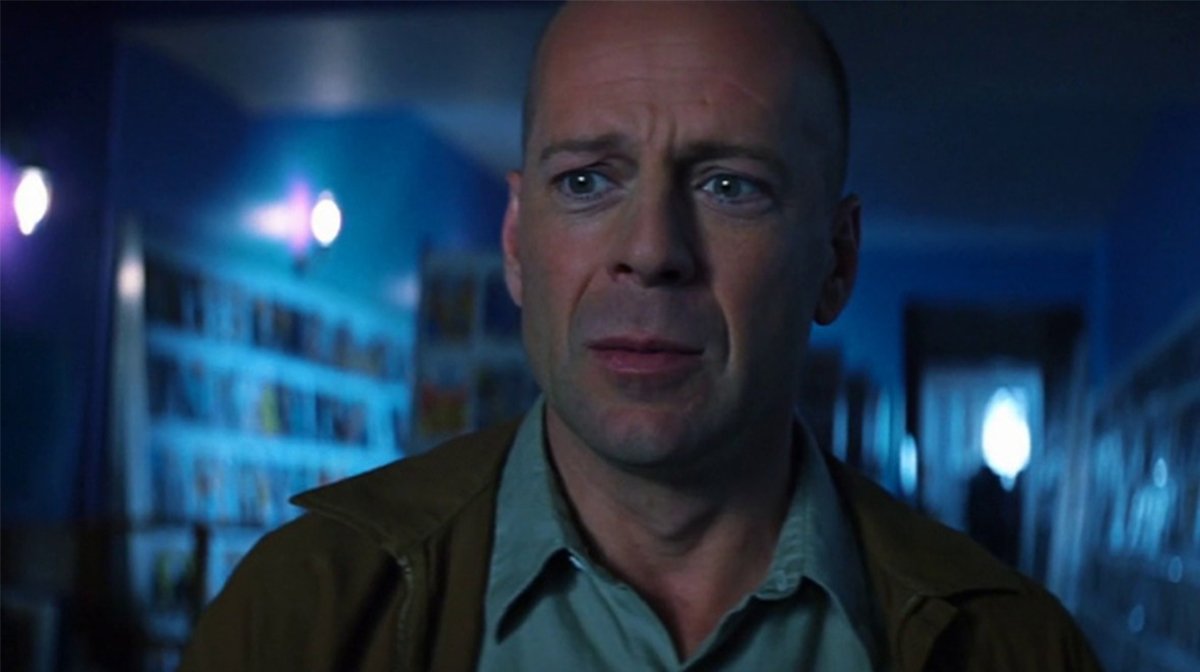 Unbreakable walked so modern day superhero films could run, setting the template for the 21st century comic book movie, also anticipating just how popular they would be with audiences.

Groundbreaking in this respect, it is also thrilling, compelling, visually stunning, well acted and thoroughly entertaining, placing the bar high for these later superhero flicks.

The film’s influence can be seen across the genre, and whilst sequel Glass was disappointing for many, there is no taking away from the fact Unbreakable is one of the greatest superhero films ever made, and arguably the most underrated too.