Why you need to watch Tengen Toppa Gurren Lagann

Before we dive straight into giant robots throwing galaxies at each other, it’s important to note that if you’re looking for a realistic, gritty series then this might not be for you. ‘Gurren Lagann’ is an over-the-top, hotblooded ride that never gets old. The series is centered around Simon, who lives underground with his close friend Kamina. After getting disgruntled living their entire lives in a small village underground, the pair dare to steal some mysterious technology and break free. 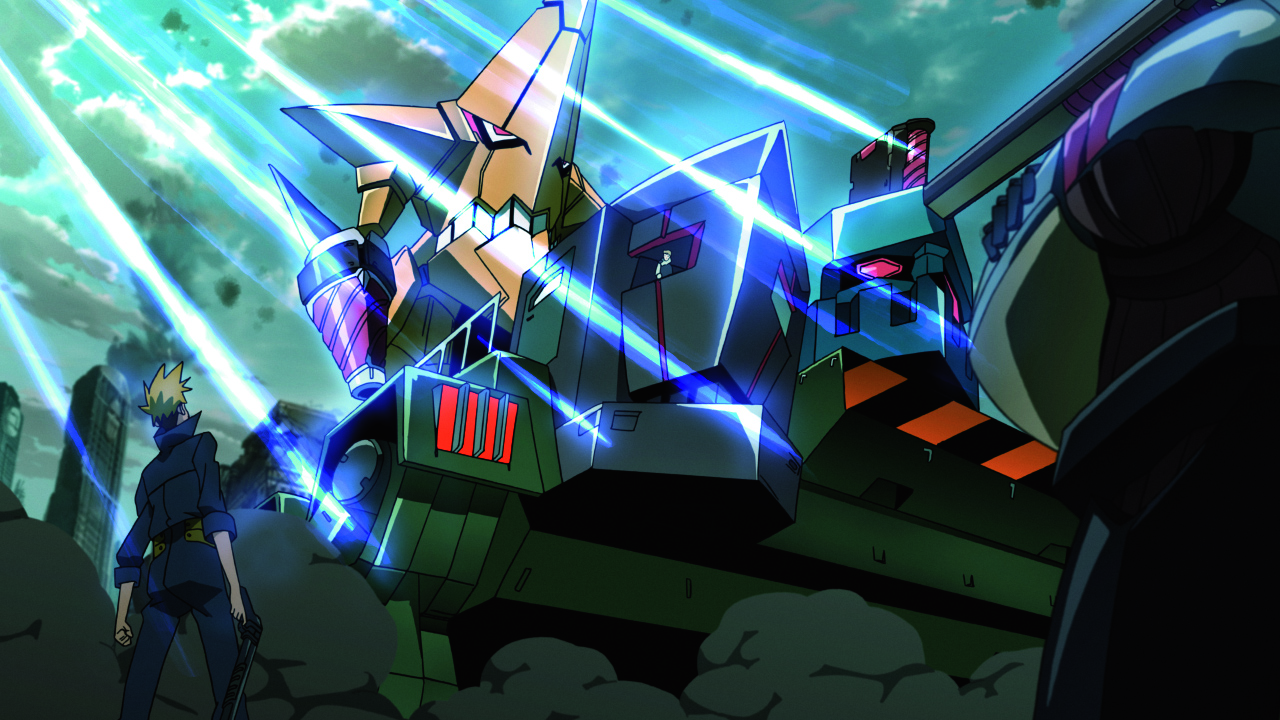 Their adventure starts underground but quickly goes to new heights as they discover Ganmen- a form of giant robots that exist in the world. Powered by courage itself, Kamina and Simon are able to combine their two Ganmen to create the titular robot Gurren Lagann, all the while making enemies along the way. Underneath the veneer of a simple Super Robot anime, ‘Tengen Toppa Gurren Lagann’ explores themes of loss, depression, and determination in absurd ways. Here’s a quote:

“If there’s a wall in our way, then we smash it down! If there isn’t a path then we carve one ourselves! The magma of our souls burns with a mighty flame! Gurren Lagann! Just who in the hell do you think we are!?” – Simon & Kamina

These hotblooded quotes are the life of ‘Gurren Lagann’, with both emotional and action packed moments crammed into it, the best way to describe the series would be ‘passionate’. With a strong, defined cast of characters, you quickly come to love the ragtag group of loners that band together. From Viral’s search to find his own sense of identity, to Rossiu’s struggle with managing his own political power.

‘Gurren Lagann’ isn’t really just about giant robots punching each other. In its heart the show is about a group of people looking for a sense of belonging and trying the best you can- whatever the situation. The ‘Spiral Energy’ that the characters talk about is just willpower, it just so happens that in ‘Gurren Lagann’, it just so happens to manifest with a robot piercing through another robot with a giant drill.

From its relatively grounded first half to the galactic adventures that take place in the second, ‘Tengen Toppa Gurren Lagann’ is all about scale, going from underground, the skies and soon the universe. There’s an air of brotherhood and camaraderie that is currently unmatched by pretty much every other anime out there. ‘Gurren Lagann’ takes the absolute best of the Super Robot genre and wraps it up in such a compelling package that makes it absolutely unmissable for any fan of anime or mecha fan. Kick logic to the curb and give ‘Tengen Toppa Gurren Lagann’ a go.