After more than 30 years, we are finally getting a sequel to comedy hit Coming To America!

Aptly named Coming 2 America (we see what you did there), the film hopes to be worth the wait for fans who have been waiting three decades for more from the world of the beloved Akeem.

With Coming To America being arguably one of the funniest and most memorable ’80s comedies, expectations are high for the sequel and judging from what we have seen so far, it looks like they will deliver.

Here’s the lowdown on the highly anticipated sequel, covering everything from cast to release date.

What Is The Plot Of Coming 2 America? 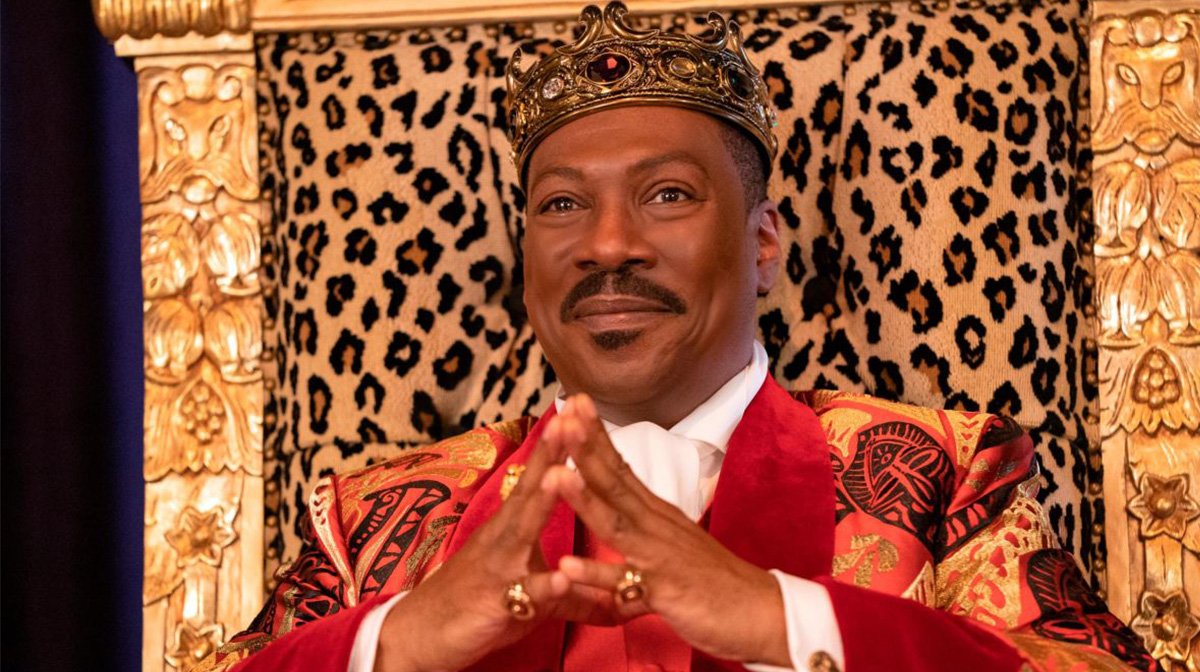 Coming 2 America is set after the events of the first film, likely three decades after given that it has been over 30 years since the original film was released.

Former Prince Akeem Joffer is set to (finally) become the king of his nation Zamunda when he discovers he has a son in America, one he never knew about.

The supposed son is Lavelle, a street-smart young man from Queens whose world is about to be turned upside down…

That’s because it is the dying wish of Akeem’s father King Jaffe Joffer to mould this son into a respectable crown prince, and so Akeem and his trusted confidante Semmi set off once again to America.

Is The Original Cast Returning? 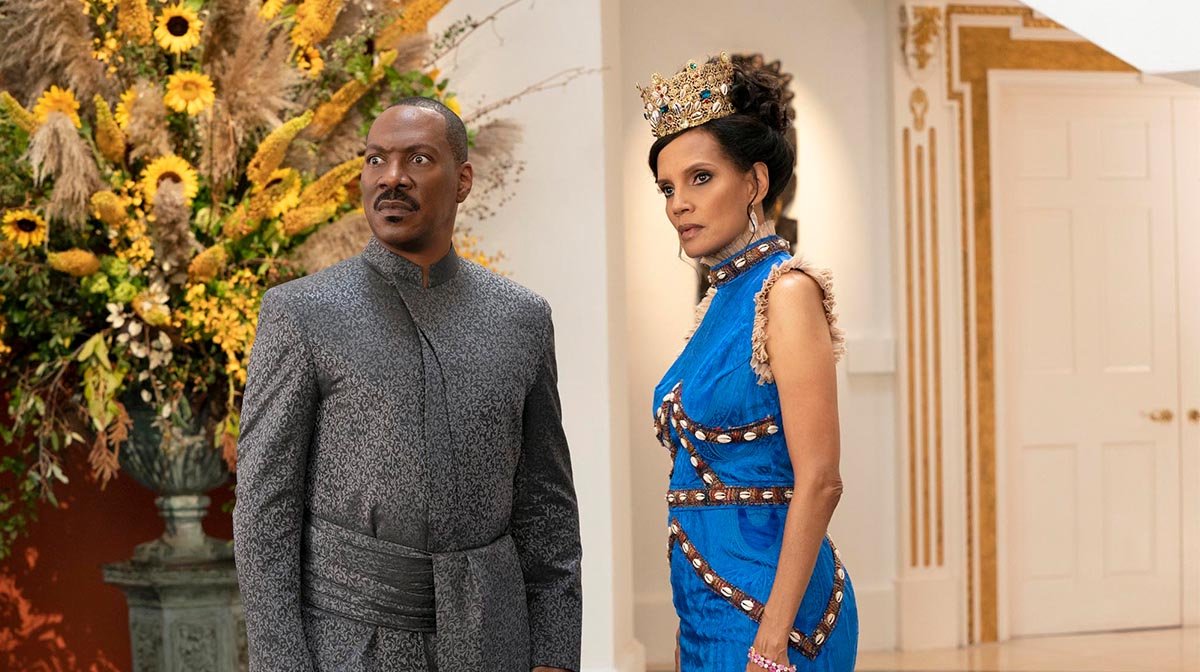 Of course they couldn’t have done a sequel to Coming To America without bringing back the beloved duo of Eddie Murphy and Arsenio Hall, who are reprising their characters of Akeem and Semmi.

They aren’t the only original cast members returning though as James Earl Jones will once again portray King Jaffe Joffer and Shari Headley will reprise her role as Lisa, now Queen Lisa Joffer, Akeem’s wife whom he fell in love with during his first trip to America. 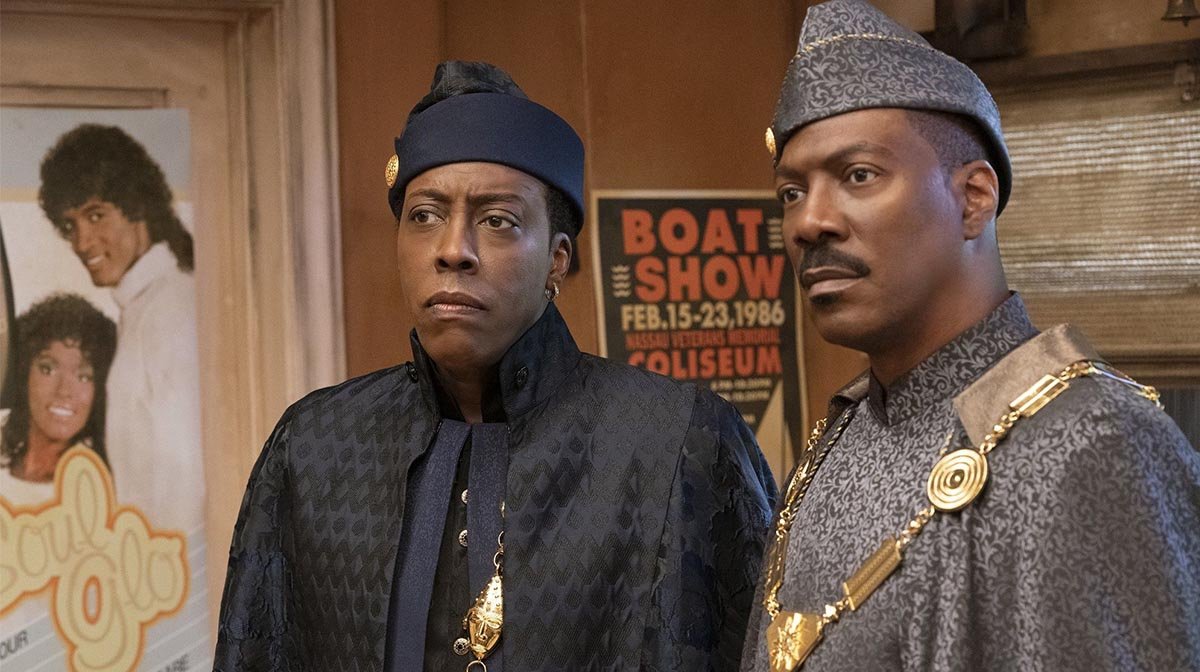 In the original movie Murphy and Hall famously played multiple roles, and so fans will be glad to hear this is once again the case with the sequel.

As seen in the footage Amazon Studios have released so far, aside from their main roles of Akeem and Semmi, the duo will also return as the wisecracking barbers who were fan-favourites from the first movie – this time of course with even more impressive movie studio magic!

Murphy will also reprise the role of Randy Watson of the Sexual Chocolate band but the pair aren’t stopping there, both teasing that they pop us as new characters too which can be briefly glimpsed at in the trailers.

Who Else Is In It? 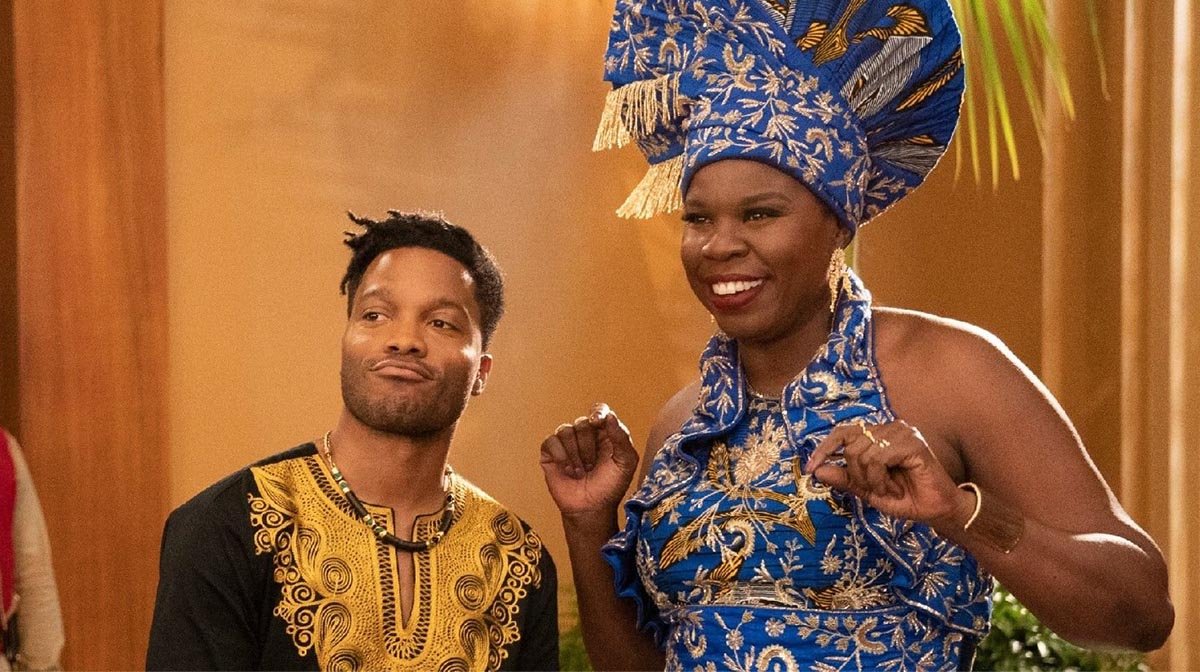 Morgan Freeman will also star in a currently unknown role.

Who Is Writing And Directing Coming 2 America? 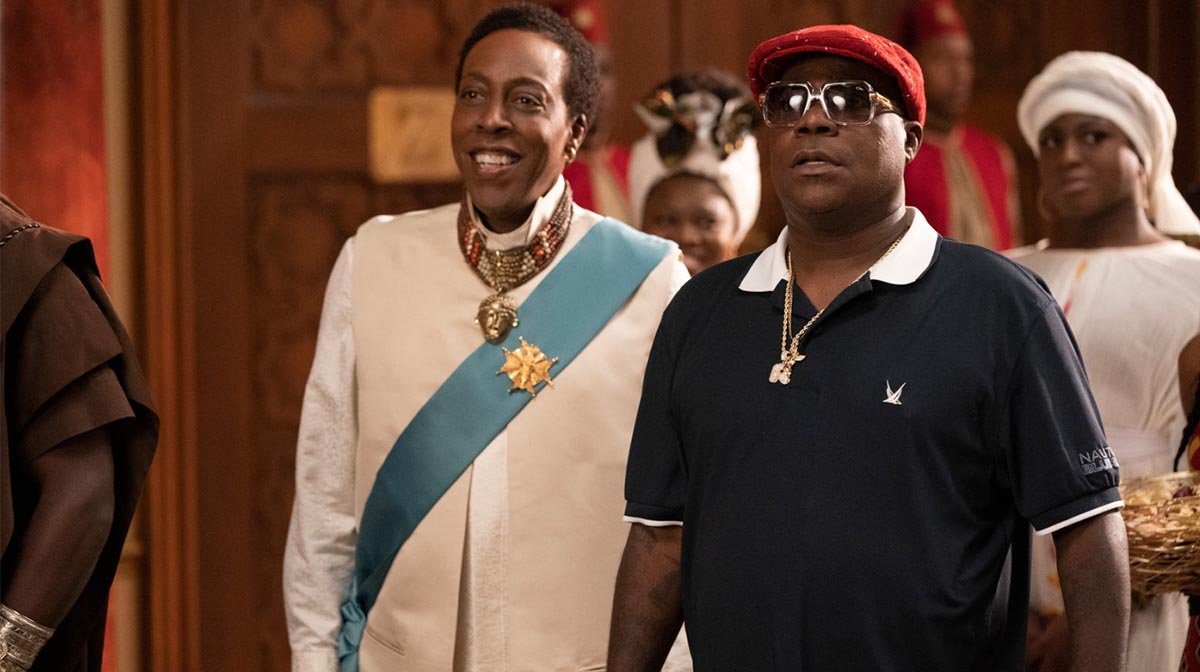 Whilst the original Coming To America film was directed by John Landis, Craig Brewer is in the director’s chair for this instalment. He has previously worked with Murphy on the 2019 movie Dolemite Is My Name.

The screenplay is written by Barry W. Blaustein and David Sheffield who penned the original, with Kenya Barris also receiving a writing credit.

With Coming 2 America out soon (more details on this below), Amazon Studios have released not one but two trailers for our enjoyment, giving us a glimpse at the hilarity that will ensue.

Building from the first trailer which briefly introduced audiences to the plot of the movie, the second teaser brings the action to Queens as Akeem searches for his long lost heir.

The second trailer also tells us that not all is well in Zamunda where Snipes’ general is planning a potential military coup, setting his sights on taking over the kingdom.

When Is The Release Date For Coming 2 America? 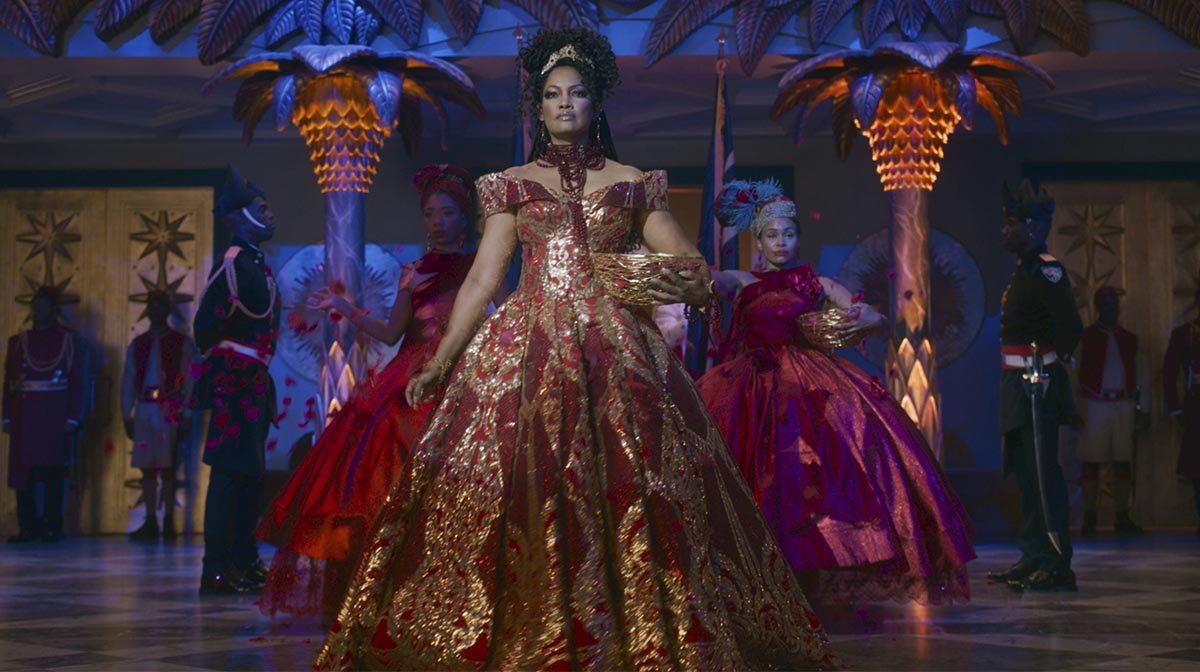 An Amazon Prime exclusive, Coming 2 America will arrive on the streaming service on 5th March this year worldwide.

The film however was meant to be distributed theatrically by Paramount Pictures, initially scheduled to be released by the studio on 7th August 2020, then being pushed back to 12th December 2020 as a result of the pandemic.

Paramount then sold the movie to Amazon Studios for $125 million, with the streaming service putting in a release date of 5th March once they acquired the distribution rights.

Now that the movie is debuting on a streaming platform, it is highly unlikely this release date will now change as it will remain unaffected by the continuing pandemic.

Will There Be More Coming To America Movies? 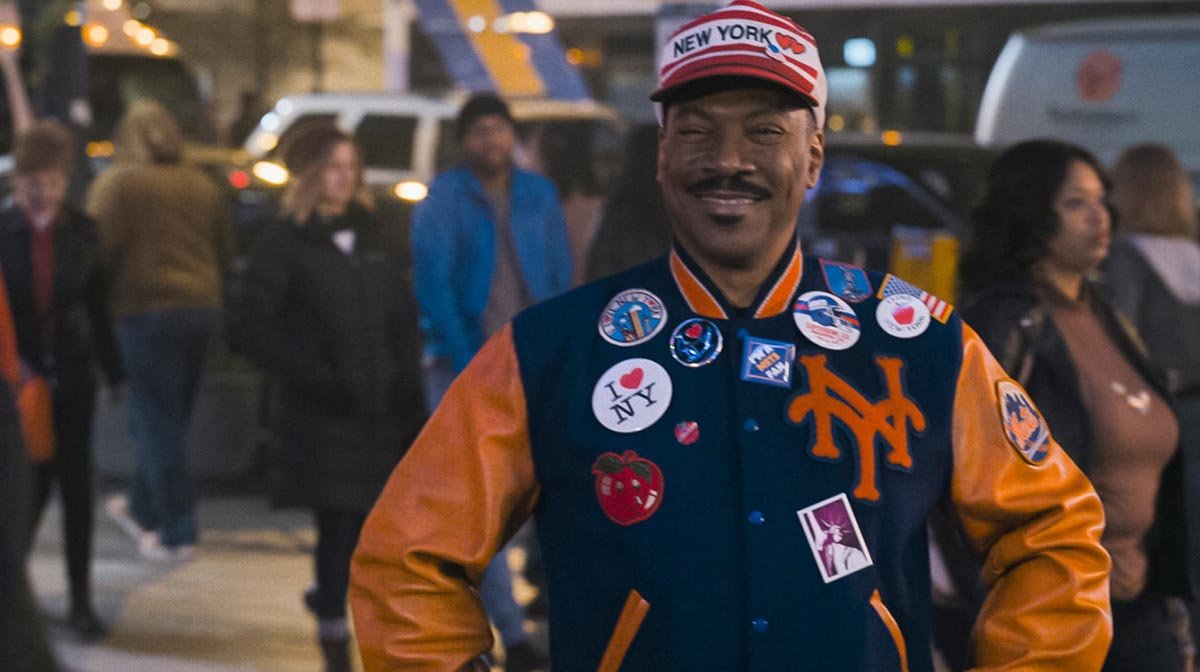 With the sequel yet to be released, no plans for a third Coming To America film have been announced.

However, if it’s a hit and the creative team behind it believe they can take the story further, we could expect a threequel to enter development soon after Coming 2 America’s debut.

Coming 2 America will arrive on Amazon Prime on 5th March

Shop our range of Coming To America merchandise here.