Get over here! A new Mortal Kombat movie is on its way and it promises to be very violent, very action-packed, and most importantly, very fun.

Based on the popular gaming series, Mortal Kombat will reboot the live-action film franchise which ended with 1997’s Mortal Kombat: Annihilation, a movie deemed a critical and commercial failure.

And that time for pastures anew has arrived, as the upcoming reboot will very shortly arrive on our screens. Here’s everything we know about the Mortal Kombat movie so far.

What will Mortal Kombat be about? 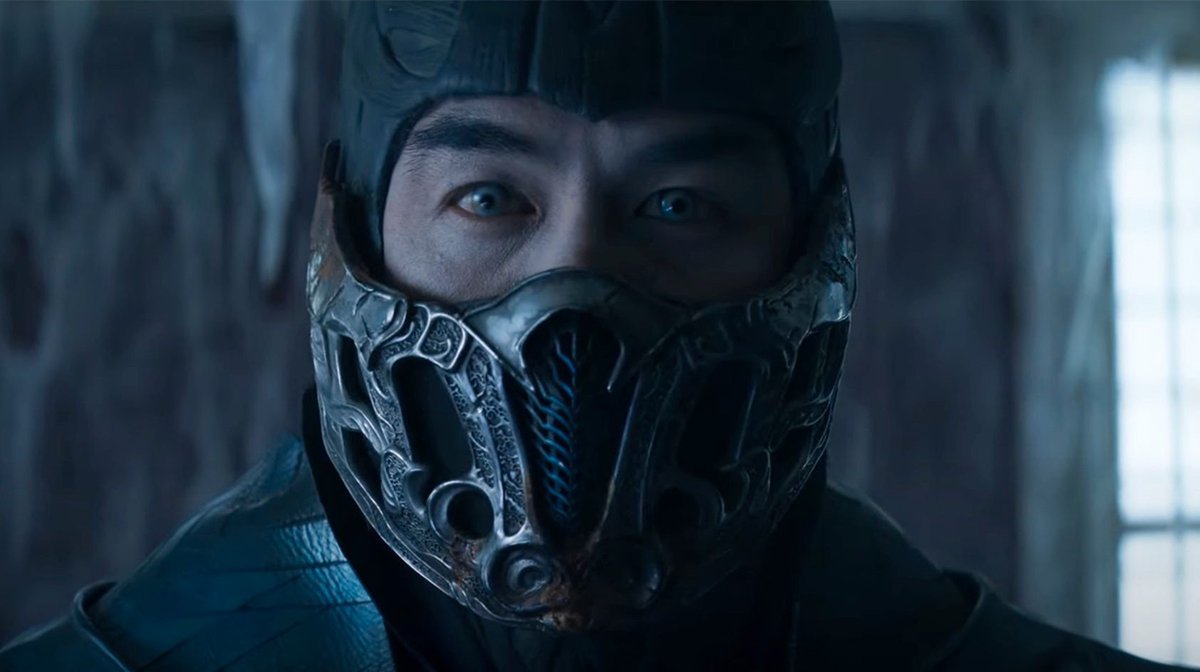 The film appears to be staying true to the story of the games. Essentially the Mortal Kombat tournament is a fighting contest between different realms.

Shang Tsung, the emperor of a realm called Outworld, wants to conquer our world, Earthrealm. But in order to do so, Outworld’s champions need to defeat Earthrealm’s in the Mortal Kombat competition.

We therefore will follow franchise newbie, MMA fighter Cole Young, who is unaware of his heritage, and is being hunted down by Tsung’s best warrior, Sub-Zero. 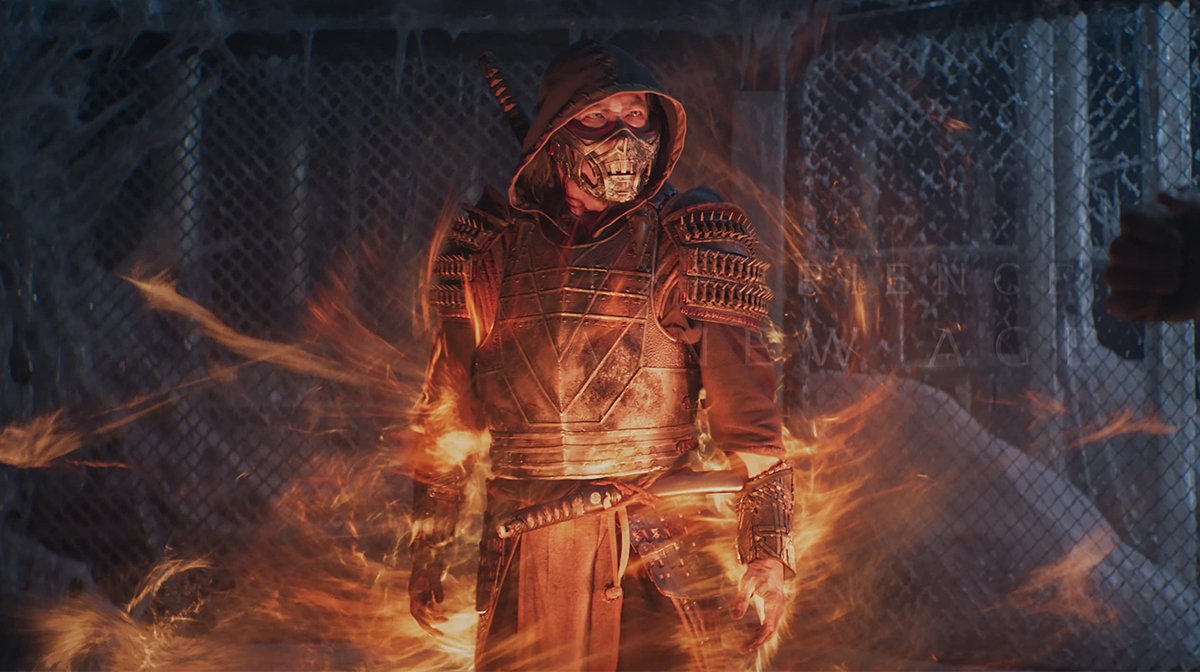 Fearing for the safety of his family, Young goes in search of Sonya Blade (commanding officer of the United States Special Forces in the games), finding himself at the temple of Lord Raiden – the protector of Earthrealm.

At the temple he trains with legendary warriors Liu Kang, Kung Lao, and rogue mercenary Kano, preparing to fight alongside Earthrealm’s contenders in the contest.

Naturally the question is though, will Cole be able to unlock his arcana (the huge power that lies within his soul) in time to save both his family and the world?

All will be revealed…

Who is in the cast of Mortal Kombat? 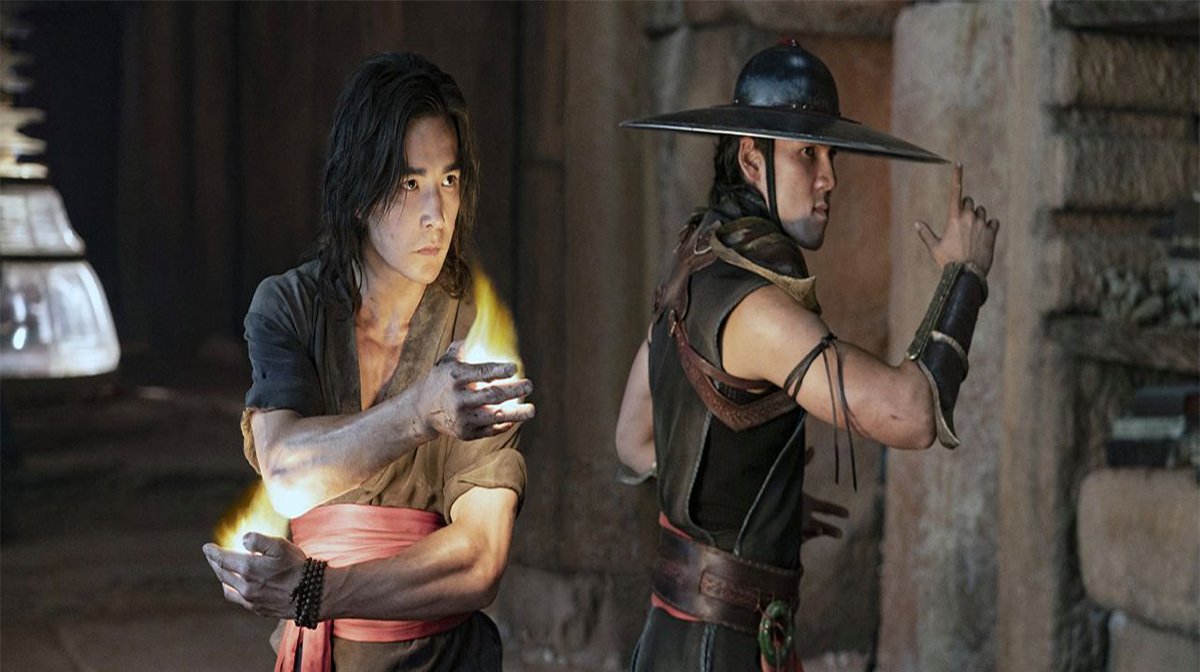 To the delight of fans, many characters from the original arcade game will appear in the movie, with an ensemble cast of martial artists assembled that will bring them to life.

Joining them will be actor Lewis Tan (best known for Wu Assassins and Into The Badlands) who will portray new addition Cole Young. 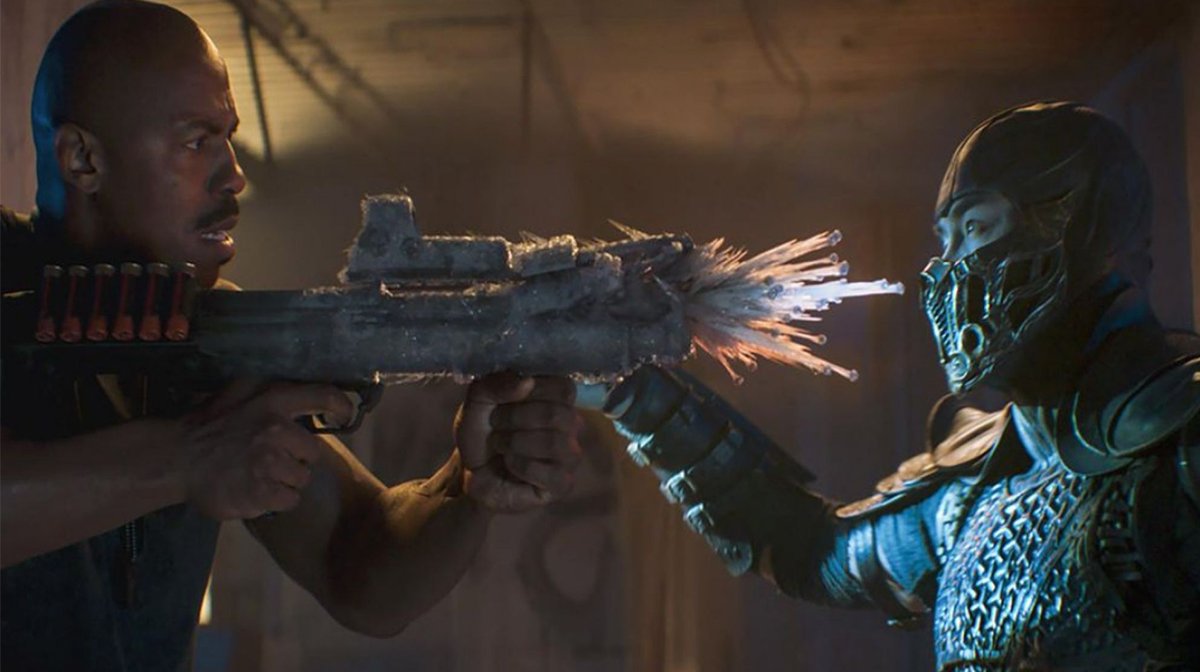 A notable absence in the above list is Johnny Cage, a popular character from the original games who was one of the protagonists of the 1995 live-action movie.

Maybe the Hollywood star-turned-champion will make a surprise appearance in the upcoming movie? Or given that he was a part of the previous film series, maybe they felt it was best to leave him out of the reboot.

Who is directing and writing Mortal Kombat? 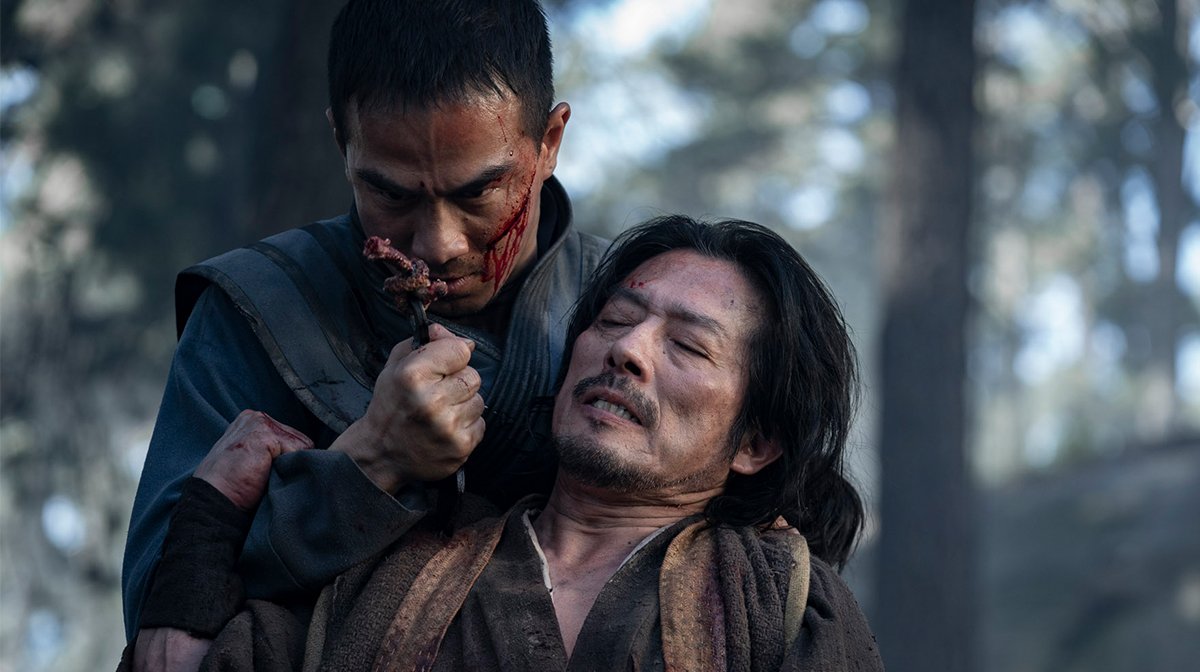 Film adaptations of video games are notorious for not getting it right. But if you are worried about Mortal Kombat, let us ease these concerns.

That’s because it’s being helmed by director Simon McQuoid, and whilst it is his feature debut, he brings to the project experience in video games having directed adverts for both Call Of Duty and Halo.

Similarly writer Greg Russo is rather unknown, but he has also been recruited to write the upcoming Space Invaders movie indicating that he knows his video games.

Meanwhile none other than James Wan, director of Aquaman and The Conjuring, is on board as producer, helping to oversee this reboot.

Will it be R-rated? 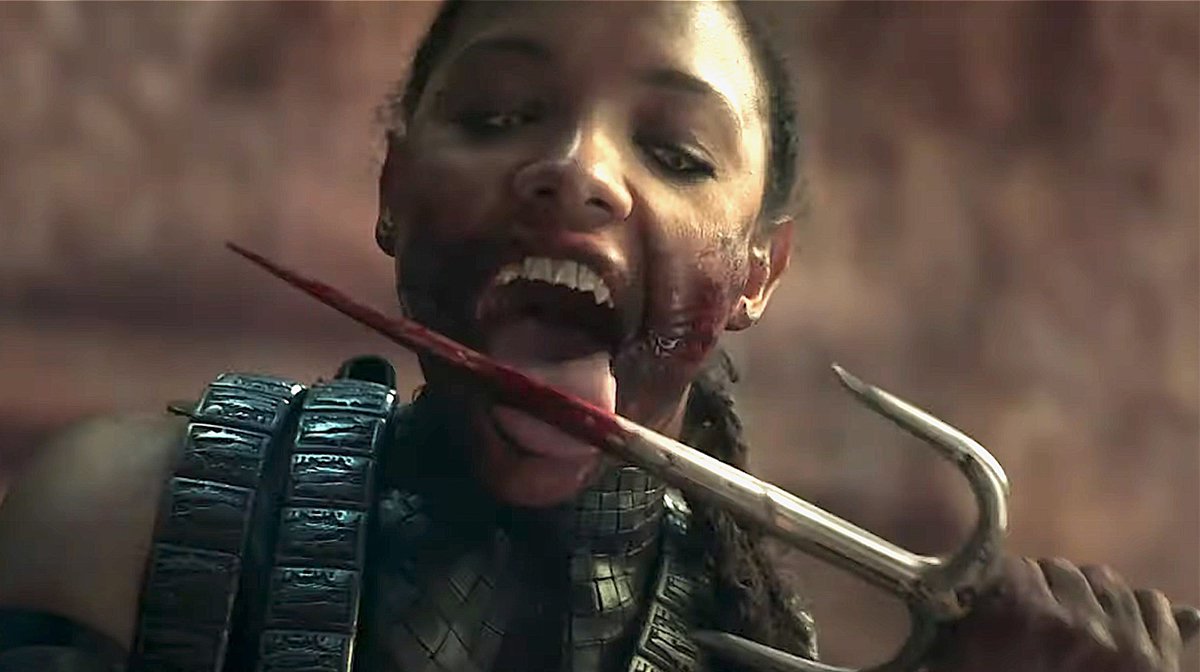 Expect plenty of blood to be shed as Mortal Kombat has been confirmed to be R-rated, meaning it will be rated as either a 15 or 18 here in the UK.

For the first time ever true fatalities from the games will be shown on the big screen, with director McQuoid telling SFX Magazine that they will be pushing the rating to its limit.

He said: We wanted to push the [blood, gore and fatalities] right to the limit. Obviously, there’s a point where the film becomes unreleasable if you push it too far, and that would be a very unwise return on investment for the studio. But from day one it’s been, ‘Okay, we’re doing this and we’re going to do it properly’.

And yes, that does include seeing someone have their heart ripped out of their chest. This Mortal Kombat movie will not be for the faint-hearted.

Is there a trailer for Mortal Kombat? 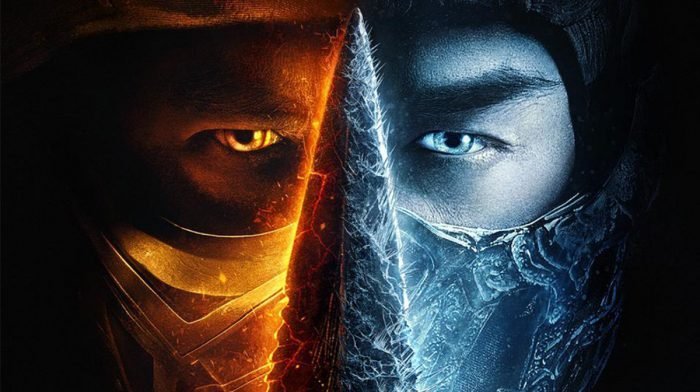 Earlier this year Warner Bros. unleashed the first full trailer for Mortal Kombat which gave us a glimpse at what to expect, confirming McQuoid’s above comments that they are pushing the R-rating to the limit.

You can watch it here:

The teaser introduces us to newbie Cole Young, gives us a glimpse at the characters from the original game, and shows off the spectacular action and hand-to-hand combat we can expect.

It promises that like the games the reboot will have a violent streak, with the final seconds of the trailer essentially being a montage of the fatalities we will see.

When is the release date for Mortal Kombat? 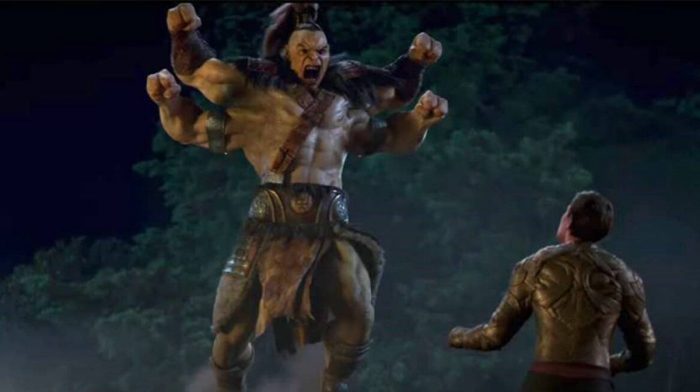 Mortal Kombat will be released in the US simultaneously in cinemas and on streaming service HBO Max on 16th April 2021.

It was previously slated for a January release, but due to the pandemic was delayed.

Currently in the UK the film is being advertised as ‘coming soon’ with no release date announced. However, much like with Godzilla vs. Kong we reckon it will arrive here on premium video-on-demand very soon after its released stateside.

Just keep those eyes peeled for an announcement.