It’s a testament to the incredible quality of the Zelda series that almost everyone you ask will have a different favourite game.

Some love Wind Waker for the adorable visuals, others love Breath Of The Wild for the freedom and exploration, and many have remained loyal to the most revered game in the series, Ocarina Of Time.

But for me, there’s only one with a completely unique identity that manages to be both a fun Zelda game and a meaningful exploration of the human condition: Ocarina’s sequel, created in less than a year, Majora’s Mask. 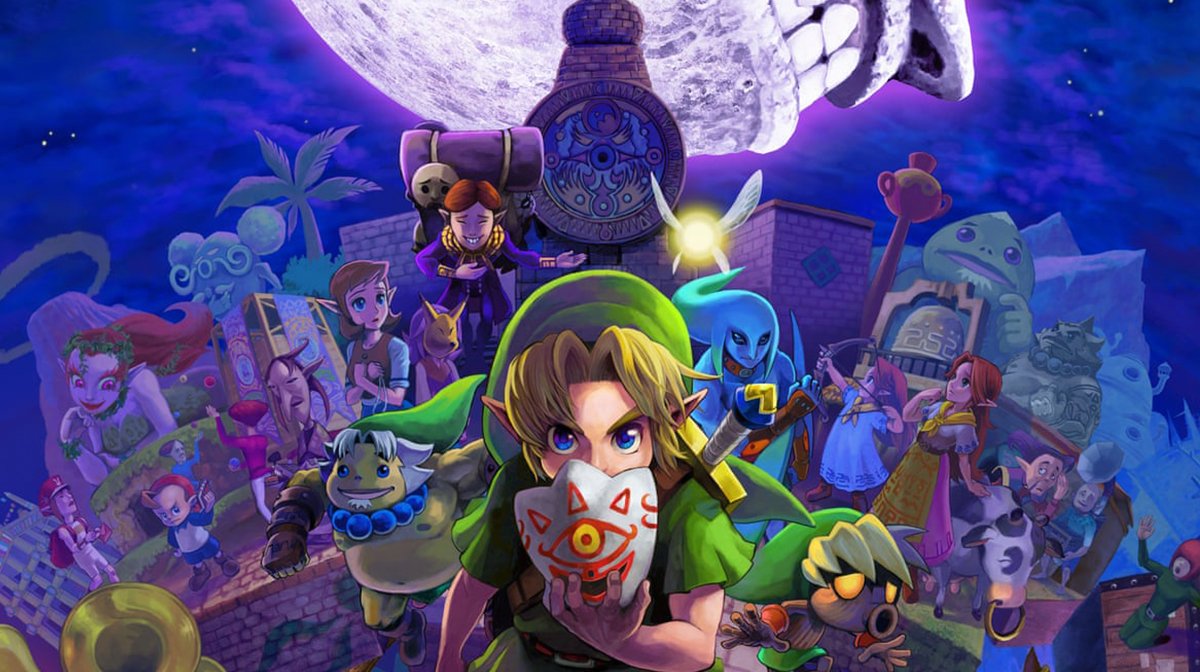 If you’ve never played the game before, you might be wondering how it manages to exist as a separate, perhaps even superior, entity if it’s a sequel to one of the most successful games of all time; it even uses many of the same assets, like sound effects, character models, and textures.

This lies in the plot, which cleverly twists the world we thought we knew from Ocarina into an experience comparable to a fever dream.

A Skull Kid wearing a mysterious mask has led Link into an oddly familiar world named Termina that he has doomed by bringing down the moon, which will crash in exactly three days.

Somehow, against all odds, your job is to stop the apocalypse by repeating this 72‐hour cycle to find the solution. 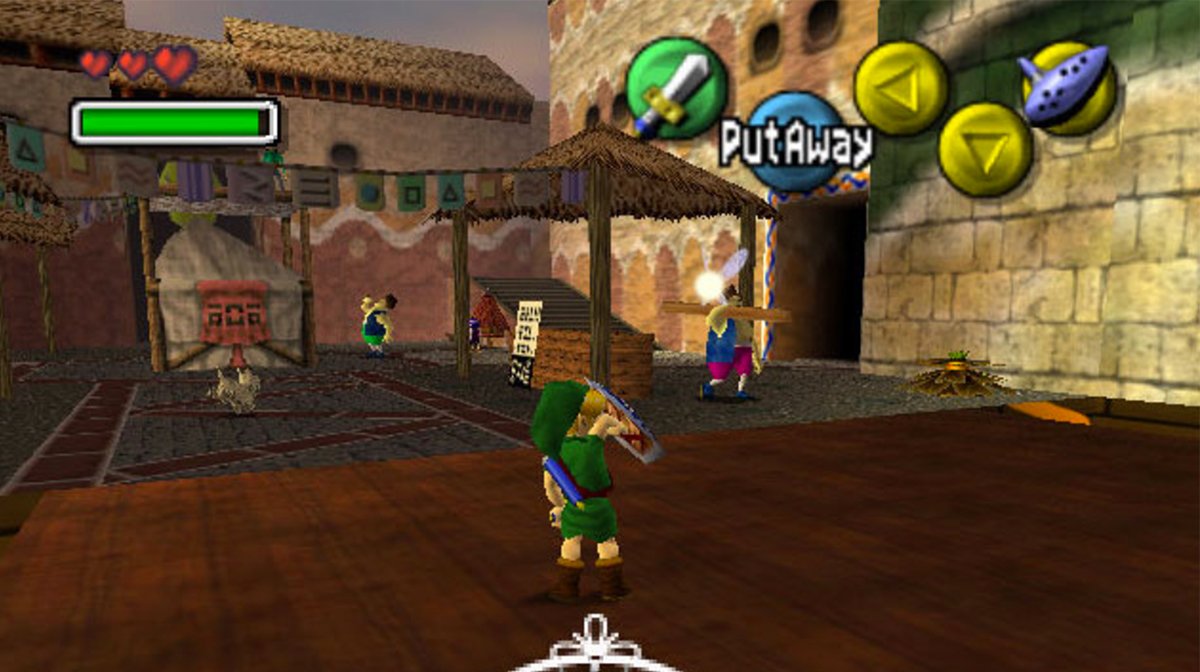 While Hyrule in many Zelda games is a breath‐taking place, Termina feels like a lived‐in world full of history and secrets.

The four‐megabyte expansion pack for the Nintendo 64 let more be displayed simultaneously, allowing for locations like the bustling Clock Town and the complex Stone Tower Temple.

This is also important to the story of the game, which encourages you to treat every character in Termina as a unique, valuable life that must be saved, not just another side quest. 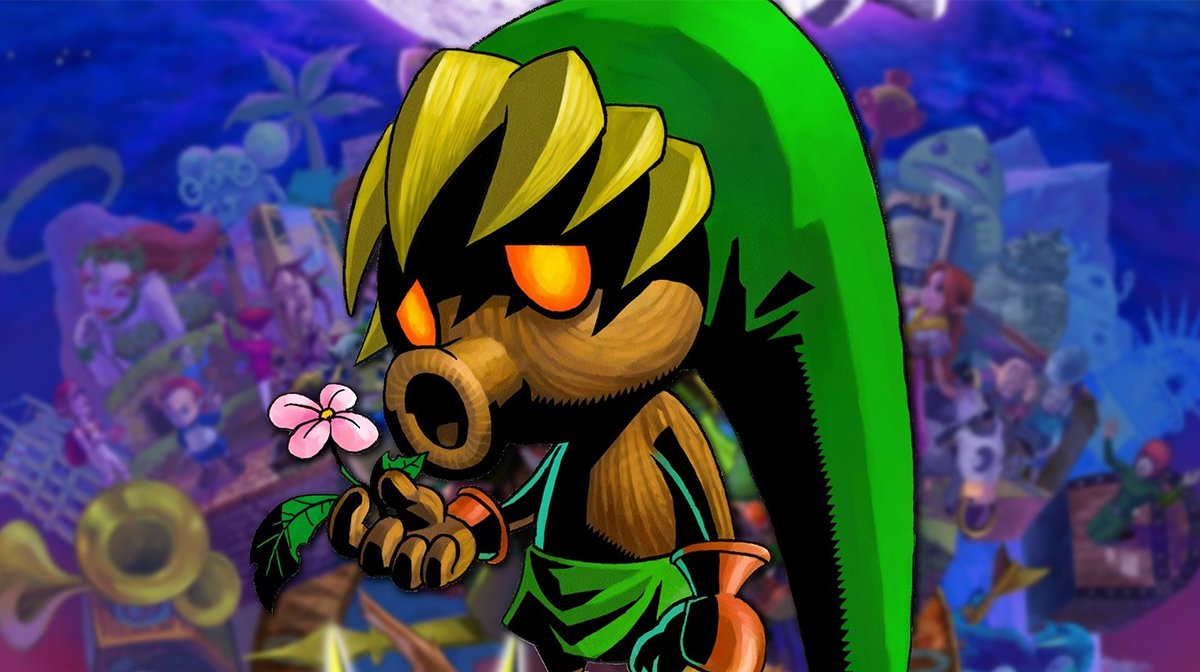 In fact, the plethora of memorable characters that hint at humanity’s dark side might be the game’s biggest strength.

In the first ten minutes alone, you’re introduced to the playfully sinister Skull Kid, the abrasive fairy Tatl (a far cry from the well intentioned Navi) and, perhaps most creepily, the Happy Mask Salesman, a minor character from Ocarina Of Time who definitely knows far more than he’s letting on.

This isn’t even touching upon the characters you come upon in creating the transformation masks, which lead to some of the most tragic scenes in any Zelda game. 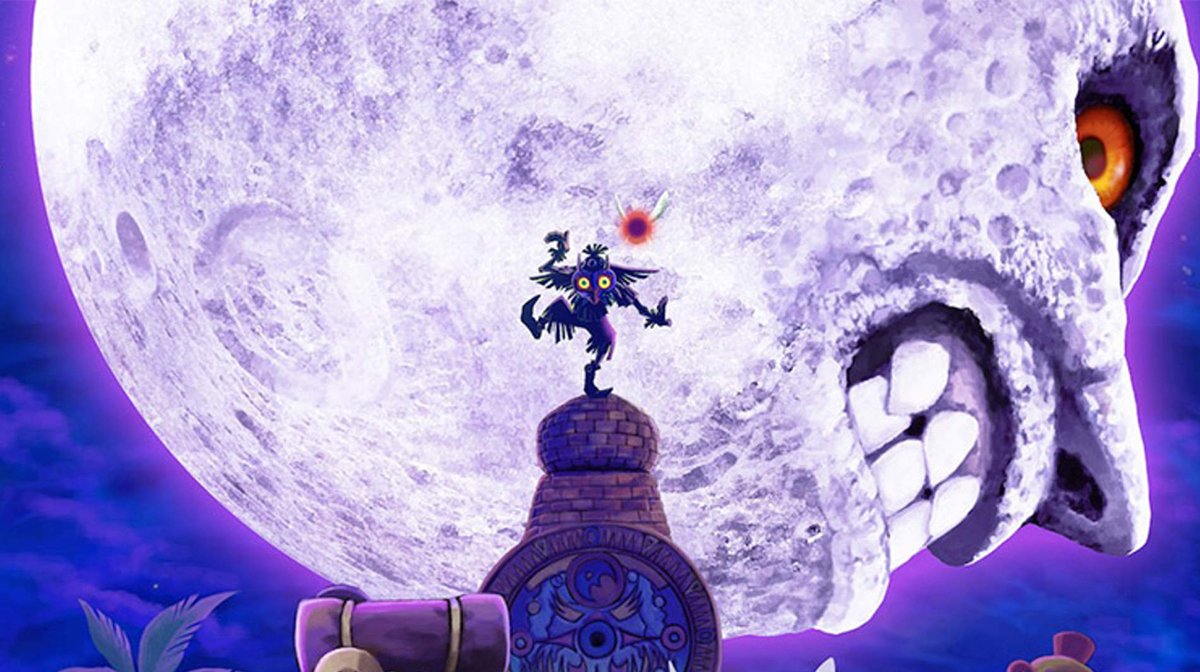 For me, though, Majora’s Mask is a game worth playing for the atmosphere alone, which is constantly dripping in an eerie tension that you wouldn’t expect outside of a horror game.

This is greatly assisted by Koji Kondo’s hypnotising soundtrack, that even in lighter moments seems to be a harbinger of the doom you’re trying to avert.

Some standout tracks include the Clock Town Theme that gets more frantic as time goes forward, the deeply unsettling Majora’s Theme that leaves you with chills, and the Astral Observatory music, which offers a melancholy respite near the end of your first cycle through. 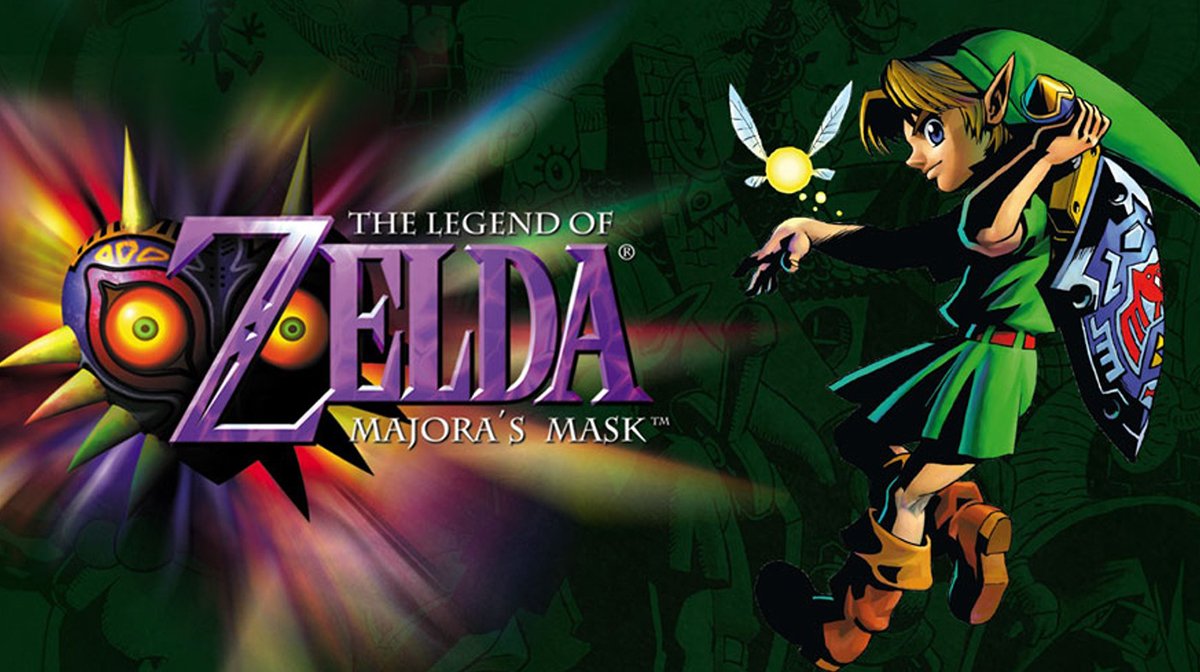 The late 1990’s and early 2000’s marked a period where games were becoming almost cinematic in their storytelling abilities, and in that sense, Majora’s Mask almost reminds me of Twin Peaks or Grave Of The Fireflies with it’s dreamlike exploration of grief and mortality.

But the interactivity lends so much to the experience that films cannot – your ability to see events at different times from multiple perspectives on your own terms, for instance.

It may not be as ambitious in scope as Ocarina Of Time on the surface, but its depths are immeasurable in comparison. 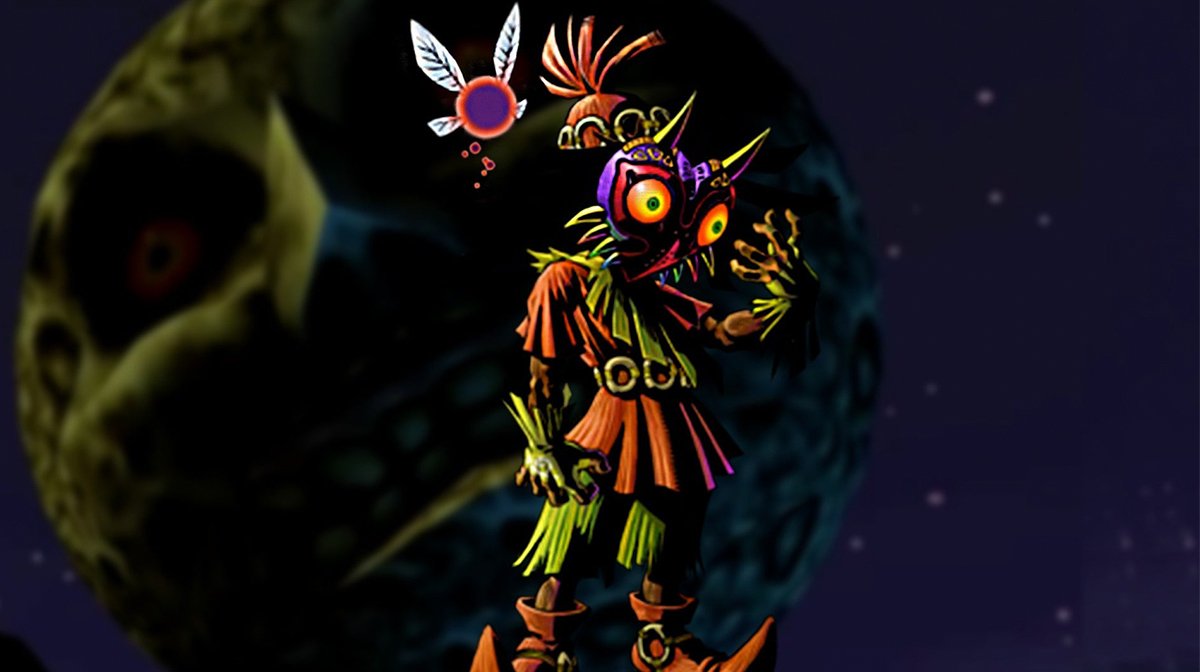 This emotional intensity let me and many others relate more strongly to this game than any other. If you’ve ever suffered from anxiety or a similar mental health condition, the feeling that the world is out of your control and that doom is always around the corner can be hard to shake.

Working through that through a game franchise I’ve always held dear helped both in confronting these feelings head on, and understanding that despite the complexities of the world, we’re all in the same boat.

It may have been made in less than a year, but Majora’s Mask is a game that sticks with you for decades to come.

Check out our full range of Zelda merchandise here.