As if the upcoming Cyberpunk 2077 couldn’t get any more exciting, during the annual E3 convention in 2019, it was revealed that a legendary actor would be playing a major role in the game — Keanu Reeves as Johnny Silverhand.

Johnny Silverhand is a prevalent character in the Cyberpunk series, first appearing in the pen-and-paper role-playing game (RPG) before making the move to video games in developer CD Projekt Red’s Cyberpunk 2077.

This announcement was made all the more exciting with Reeves himself stepping out onto the E3 stage to surprise the many fans in attendance, as well as all the virtual onlookers tuning in via the online stream.

So, before Cyberpunk 2077 launches in November, let’s take a look at Keanu Reeves’ Johnny Silverhand and explore his role — both in the established Cyberpunk lore and the new game. 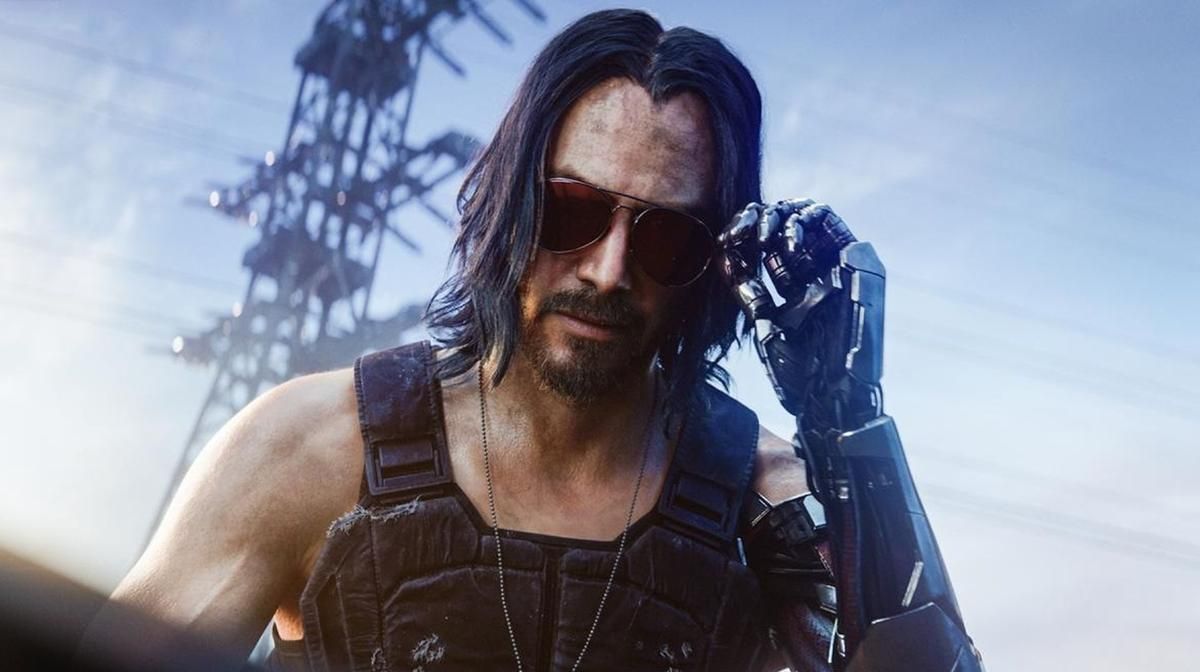 As mentioned, Johnny Silverhand is a pre-existing character in the wider Cyberpunk franchise, first appearing in the pen-and-paper RPGs — in Cyberpunk 2013 and Cyberpunk 2020 — before being announced for Cyberpunk 2077.

The Witcher 3 developer’s latest project is not a reboot of the original table-top games, continuing on directly from the prior Cyberpunk 2020, which was published by R.Talsorian Games and initially released in 1990.

As such, this rendition of Keanu Reeves as Johnny Silverhand will retain his original backstory, now brought to life by the acting talents of The Matrix and John Wick actor.

However, Reeves is not the only talent attached to the character, with vocalist Dennis Lyxzen (lead singer of the Swedish band Refused) providing the singing voice of Silverhand — oh yeah, did we not mention he’s in a band?

Who Is Johnny Silverhand?

Keanu Reeves’ Johnny Silverhand is a member of the fictional band Samurai and a self-described ‘Rockerboy’ — individuals who use their music to rebel against Cyberpunk’s established corporations and government.

Originally born with the name Robert John Under, before taking up the reins as Silverhand, the rock star is one of the most influential and well-renowned figures in the Cyberpunk universe — taking the fight directly to the powerful corporations that micromanage the world.

What Is Keanu Reeves’ Role In Cyberpunk 2077? 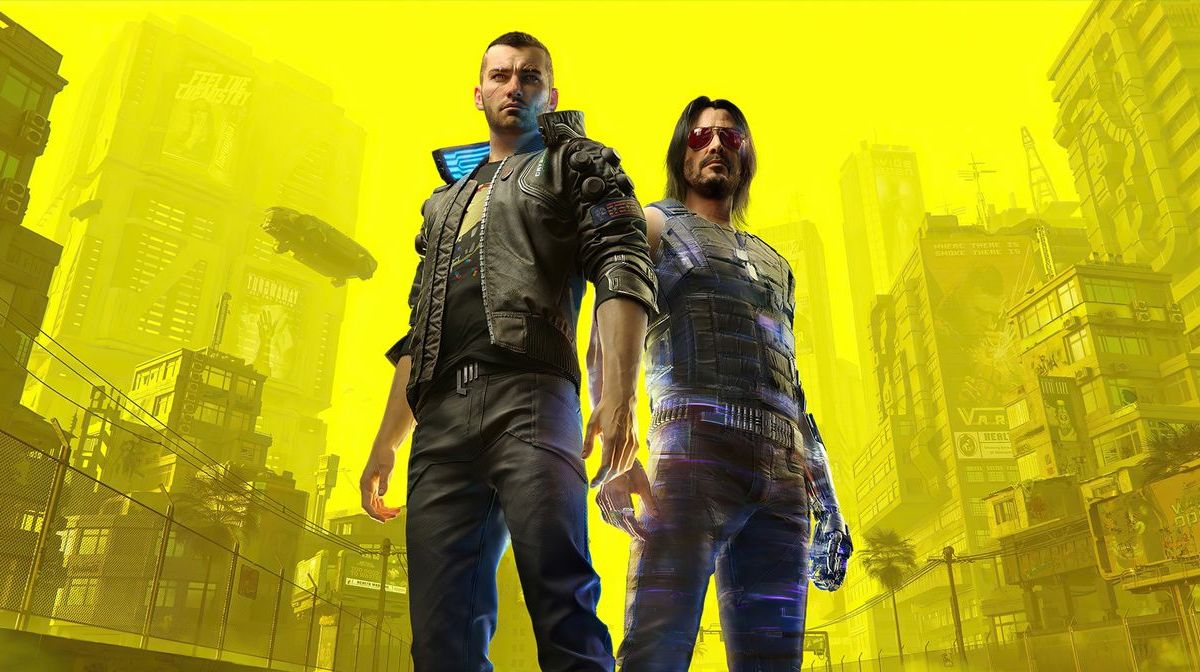 Cyberpunk 2077 lands the players in the shoes of lead character ‘V’ — a blank protagonist, whose gender, appearance, skills, and history are all customisable.

Keanu Reeves’ Johnny Silverhand is the players’ (and V’s) primary guide throughout the events of the game, introducing them to the city as a sort of digital phantom.

In the character’s last franchise appearance, he was presumed dead following an assault on the Arasaka mega-corporation. And, from his new status, it can be determined that Silverhand — at least physically — has shaken off his mortal coil. 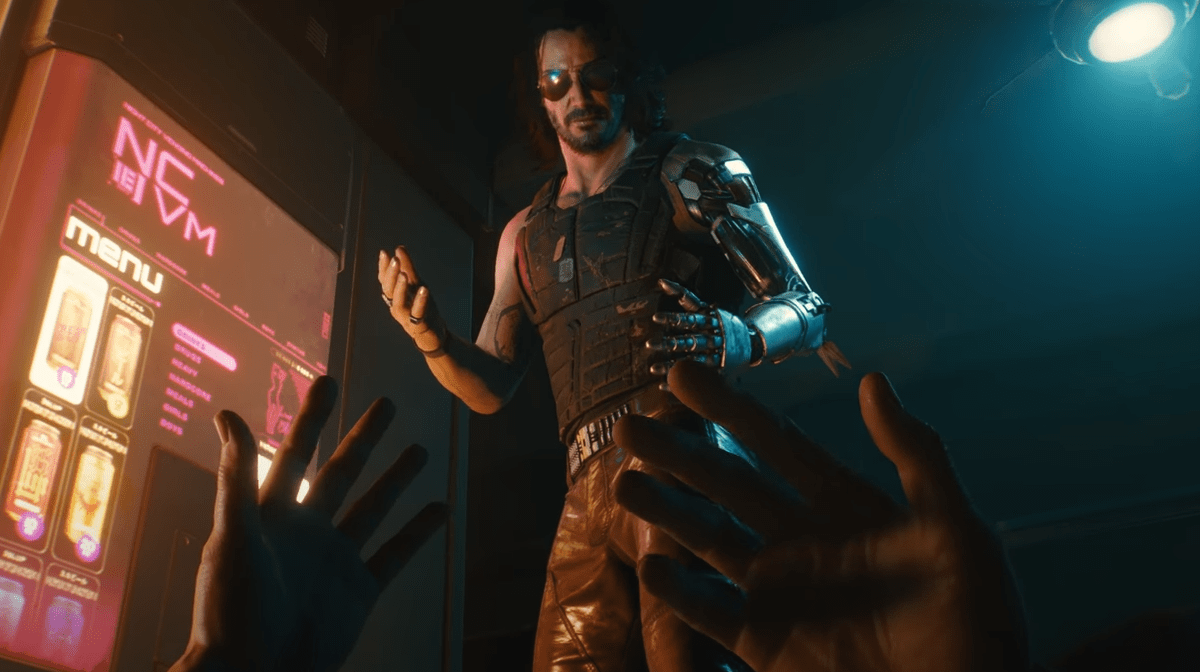 Though not great for Johnny, this does have the added benefit of allowing us to bring this new manifestation of Keanu Reeves as Johnny Silverhand with us wherever we go, providing witty commentary on the players’ actions and occasionally appearing in the form of a hologram.

And the ambiguity surrounding Silverhand’s ghost isn’t just Reeves playing hard to get; the mystery actually plays a significant role in the comprehensive plot of Cyberpunk 2077.

How Will Keanu Reeves’ Johnny Silverhand Appear In Cyberpunk 2077?

What you will, however, notice is the striking presence of his distinctive silver arm. This ties heavily into the character’s background, providing more than just aesthetic flair — though Reeves also rocks some stylish shades, reminiscent of his days in The Matrix.

How Did Johnny Silverhand Lose His Arm? 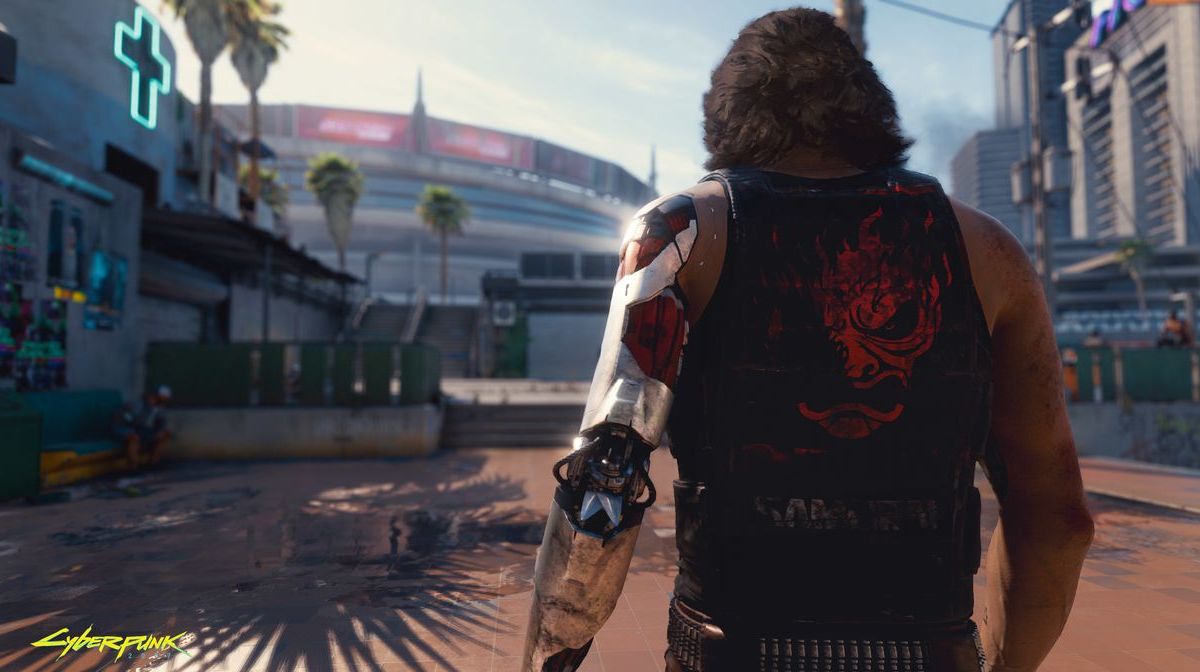 Johnny Silverhand has a somewhat tragic history, driven by his enlisting into the US military earlier in his life.

His transition into the army coincided with the start of The Central American Conflict — a war driven by the corrupted figures of government.

It didn’t take long for the government’s indiscretions to become apparent, leading many an American soldier to desert their posts.

Silverhand was one of these soldiers. 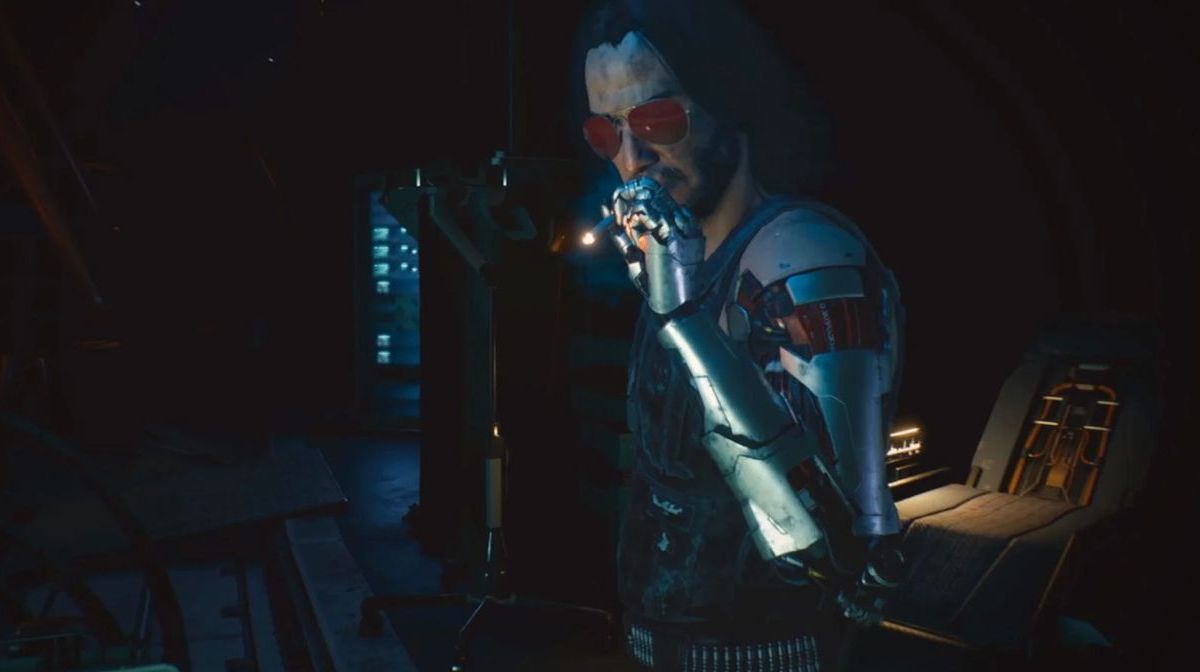 But his desertion would come too late, his left arm being lost during the violence of war and replaced by a silver, cybernetic prosthetic.

This would lead Silverhand (known then by his real name) to take up his iconic moniker — a constant reminder of his rebellious mission. 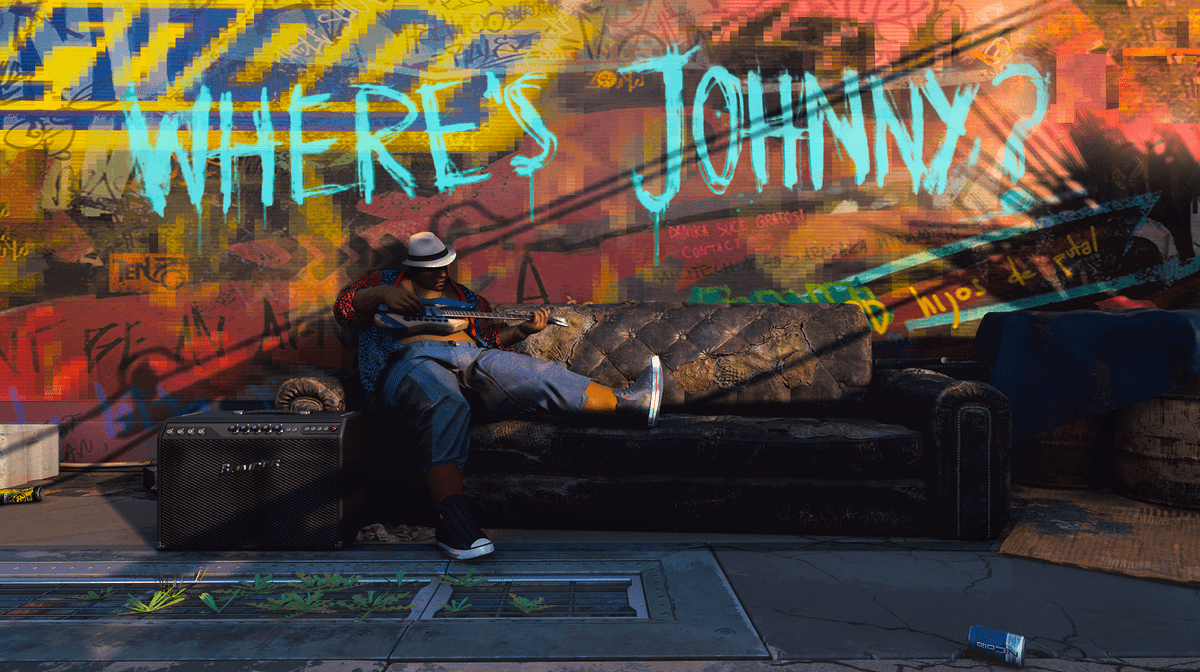 So far, CD Projekt Red have not made any indication that we will be allowed to take the helm of Keanu Reeves as Johnny Silverhand, with no hints towards him being playable in the game.

At least for now, Silverhand will be acting entirely as a non-player character, with a leading role in the game’s narrative.

But it would be presumptuous to rule this out as a future possibility.

Reeves has an undeniably huge fanbase of loyal supporters, and his casting in the role of Silverhand was met with thunderous applause, driving even more attention to Cyberpunk 2077’s already highly anticipated release.

Therefore, it wouldn’t be unprecedented for Reeves’ Johnny Silverhand to receive a starring role in a subsequent DLC release, following the launch of the game.

And, based on the developer’s prior work on The Witcher 3 expansions (Hearts Of Stone and Blood And Wine), we can only imagine the grand scope of such an addition.

Cyberpunk 2077 is due to launch on 10th December 2020. For more from Keanu Reeves’ Johnny Silverhand, check out our range of Cyberpunk 2077 merchandise.