Nearly a century after the novel was originally published and swiftly transformed into an Oscar-winning anti-war epic, we’re getting a brand-new take on All Quiet On The Western Front.

The setting may still be the final years of World War I, but the story remains just as relevant as ever, as producer and star Daniel Brühl explained to Zavvi:

“When we started making the film, we could sense a rising nationalist populism everywhere across Europe – there was a heated atmosphere across the entire continent, which was enough reason to tell this story once again. 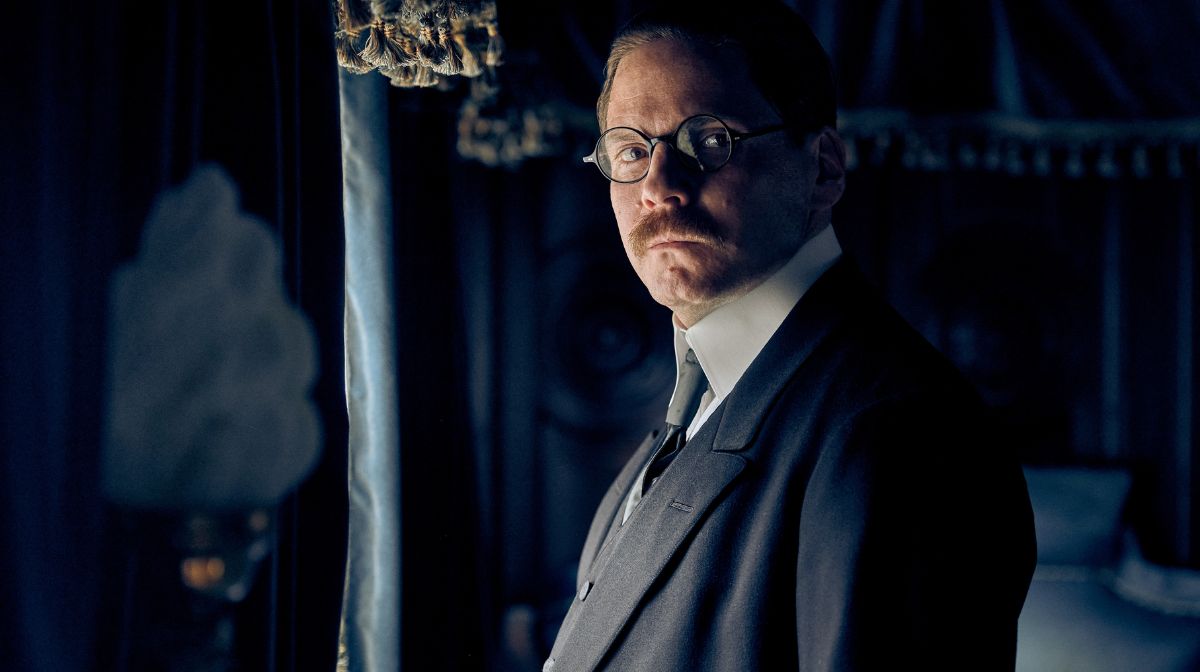 “I read an interview with (All Quiet On The Western Front author) Erich Maria Remarque from the fifties, where he discussed this novel being a best seller when it was originally released – despite its success, history repeated itself, and fascism returned to Germany just a few years later.

“He said you should insist on telling these stories even if they don’t change anything, because you can’t lose hope that they could.

“Our wish is that this film wouldn’t be as relevant as it is right now, with another war happening in the middle of Europe – but that’s why it’s important to keep reminding ourselves of the sheer horror that comes with it.” 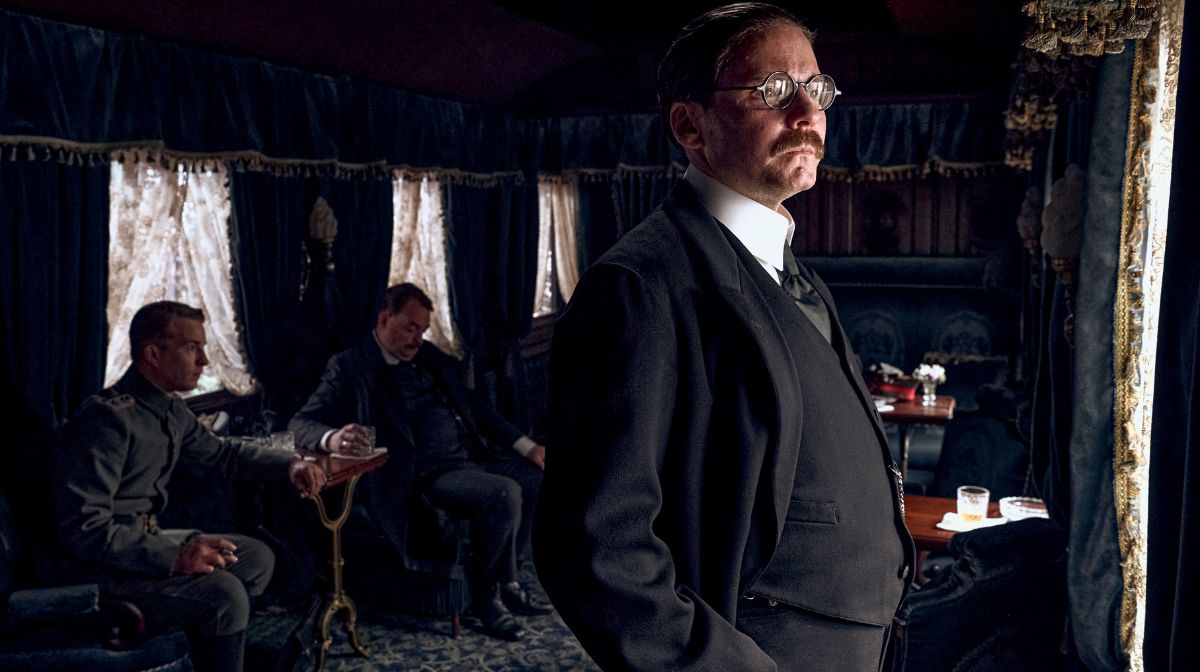 The new take on this story spends equal time on the battlefield and in the offices of the German politicians working towards a ceasefire to end the bloodshed.

One of these is the real-life figure of Matthias Erzberger, played by Brühl, who was central in getting the allies to agree to a ceasefire – just a few years after the war, he was assassinated by the far-right, with the Nazis later going on to perpetuate the myth that Erzberger stabbed the country in the back.

Upon accepting the role, Brühl realised he didn’t know much about one of the most important figures in German political history: 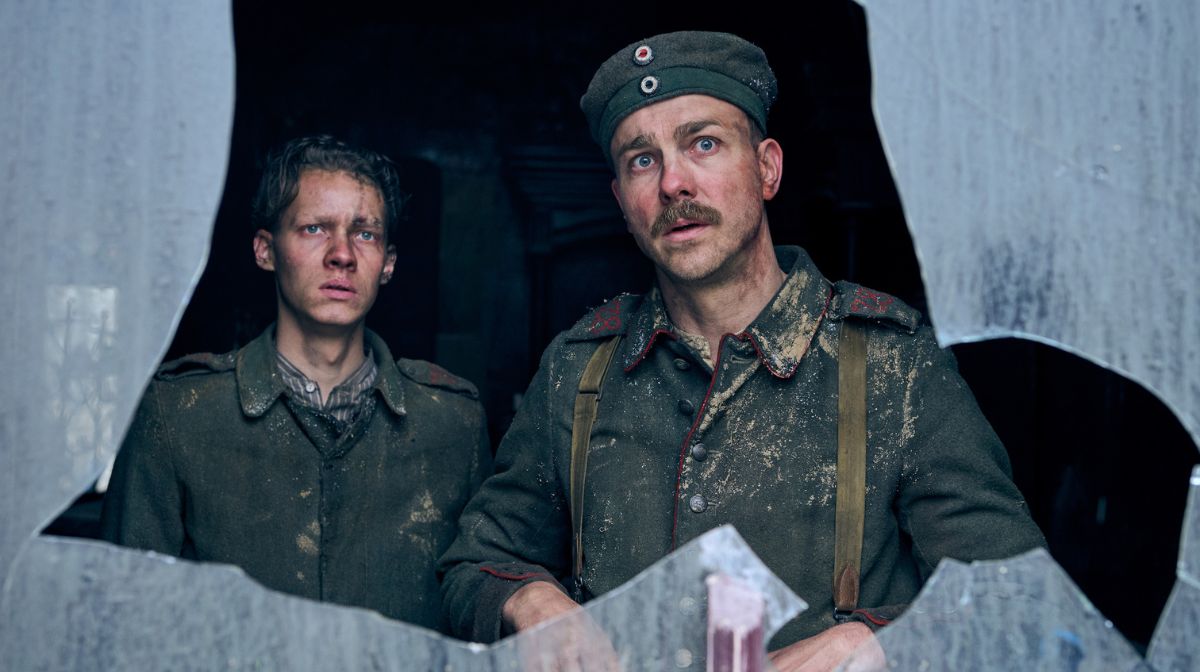 “I shockingly knew very little about him, outside of the backstabbing legend that the Nazis put forward as their narrative. So, it was interesting to add this new layer (which isn’t in the book) to the film, and put this crucial moment in world history about the peace treaty and its consequences in the spotlight.

“It’s the main reason I thought this adaptation had something new to offer. It’s always difficult if you have to keep up with a novel and a previous film that were both masterpieces.

“But this is the first adaptation told from a German perspective, which is very compelling. You get the bleakness and the shame that comes with a war that had no winners or losers in the long term.” 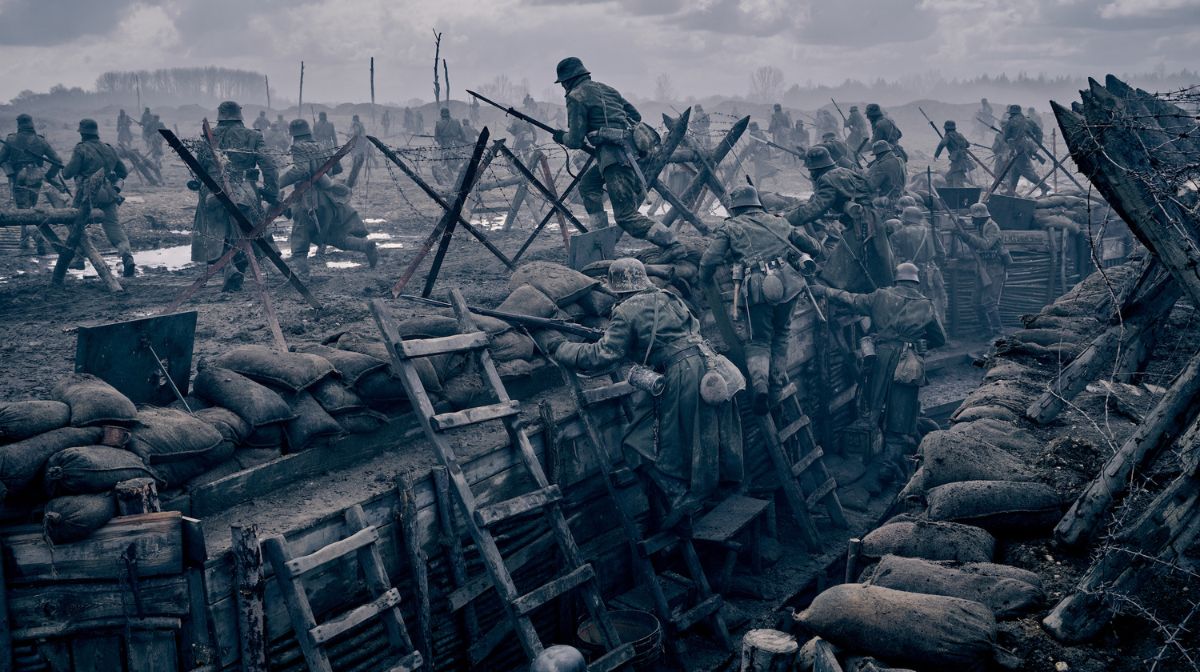 Another key theme which resonates now is the power of propaganda and the way in which it’s near impossible to stop its spread. Brühl added:

“It’s devastating when you consider how well it still works. It was easier to play on cliches and prejudices at a time when people weren’t as well-travelled or well-connected as they are now – but in a globalised, online world, it’s scary that propaganda can still be so easily perpetuated.

“Just look at Russia: you think that everybody would have an iPhone and be able to get better sources of information, but when you have an evil, poisoned machinery leading the country, propaganda still works effectively. 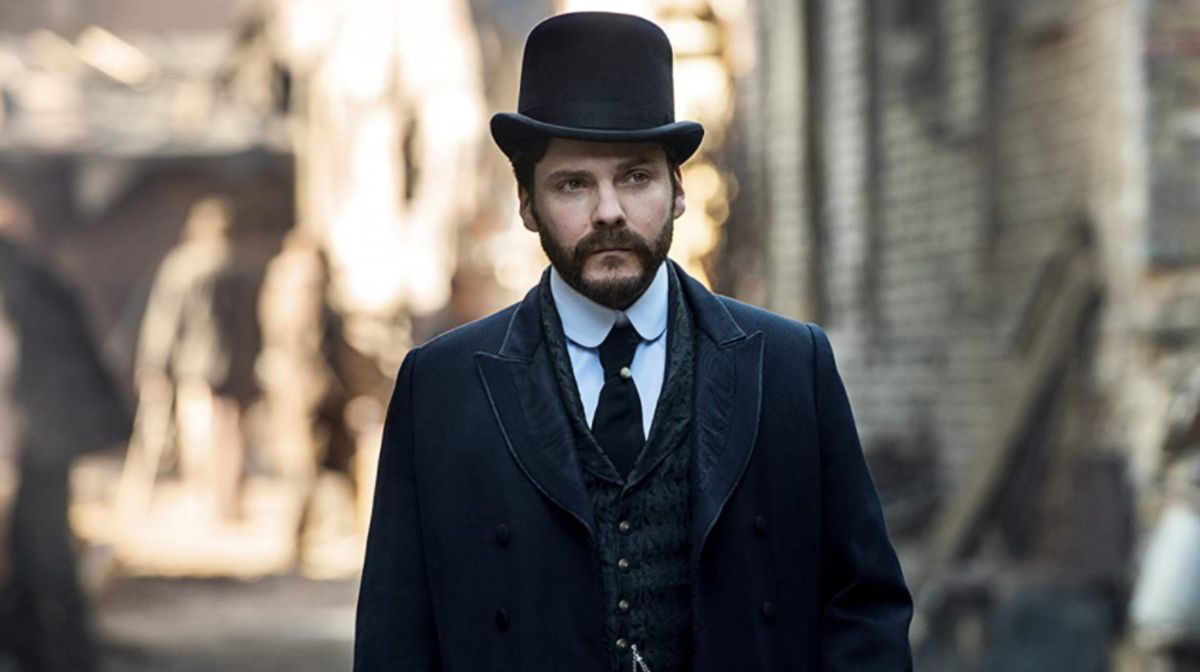 “Here you see this nationalist euphoria amongst the characters at the beginning when they go to war – it’s a reminder that we’ve not evolved in the past century, and that history will keep repeating itself.”

Albrecht Schuch, who plays the battle-hardened veteran Stanislaus ‘Kat’ Katczinsky, believes the film resonates on a universally human level and isn’t just rooted in Germany’s national sense of shame over their recent past.

The men sent to fight on the battlefield are ultimately tragic figures: even if they made it back home in one piece, they could never be the same again. 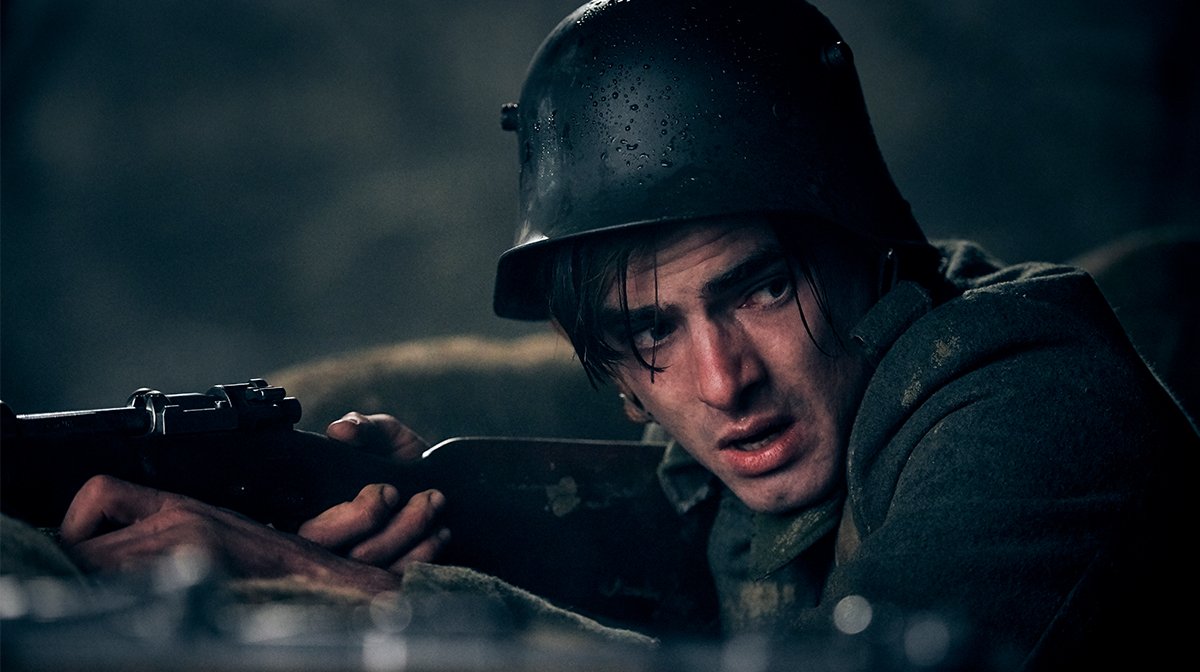 “The core circumstances of the character are very tragic, someone who minimises their emotions because he’s seen as the experienced one.

“From my research, I discovered the experiences of many people were near identical, that even if they survive, they can’t survive psychologically on their own, as nobody would be able to understand the sheer hell they’ve been through.”

Director Edward Berger joined the project in early 2020 and was motivated by the same factors that attracted the cast: the desire to tell a story which eerily paralleled the horrors of rising nationalism that we’re witnessing all over Europe today. 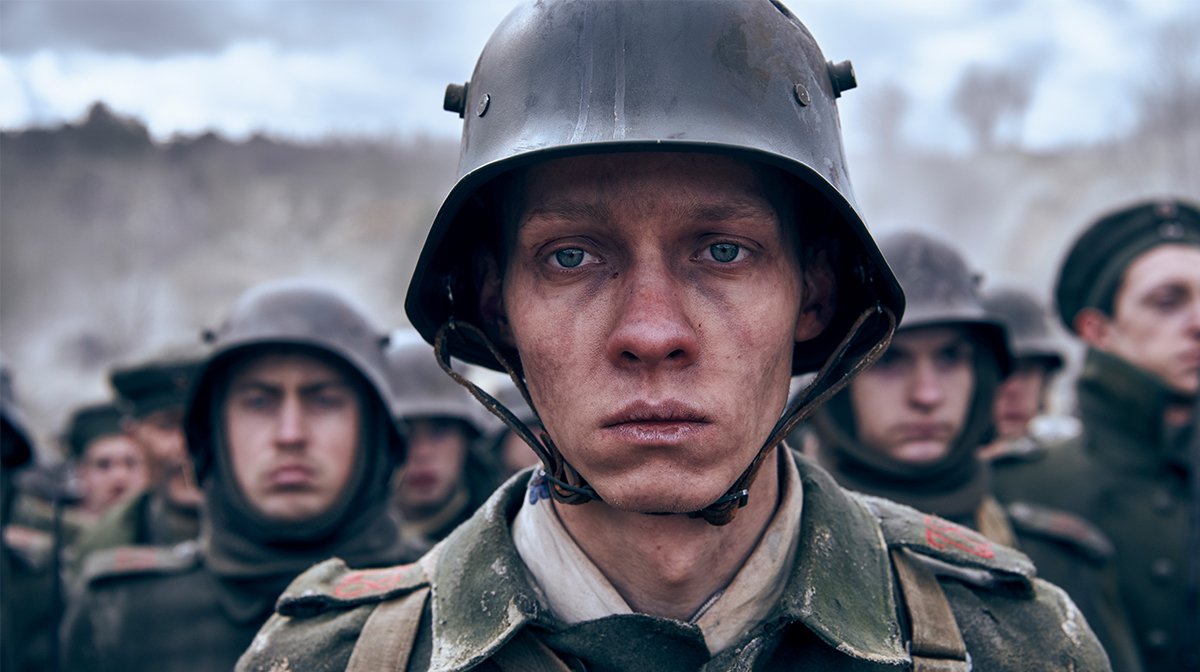 For this reason, he wanted to update the text, even if it would always be rooted in its period setting. He explained to Zavvi:

“The book is very modern – its descriptions of violence and brutality could have been written yesterday – but it’s been just over 90 years since it was first published and we have a different perspective now: they didn’t know another war was coming and that this was just the beginning of the terror.

“As we all know, the armistice negotiation is symbolic as it was used as a scapegoat by the army who didn’t want to take the blame for losing the war – even though the idea that we would have won without it is just ridiculously untrue. 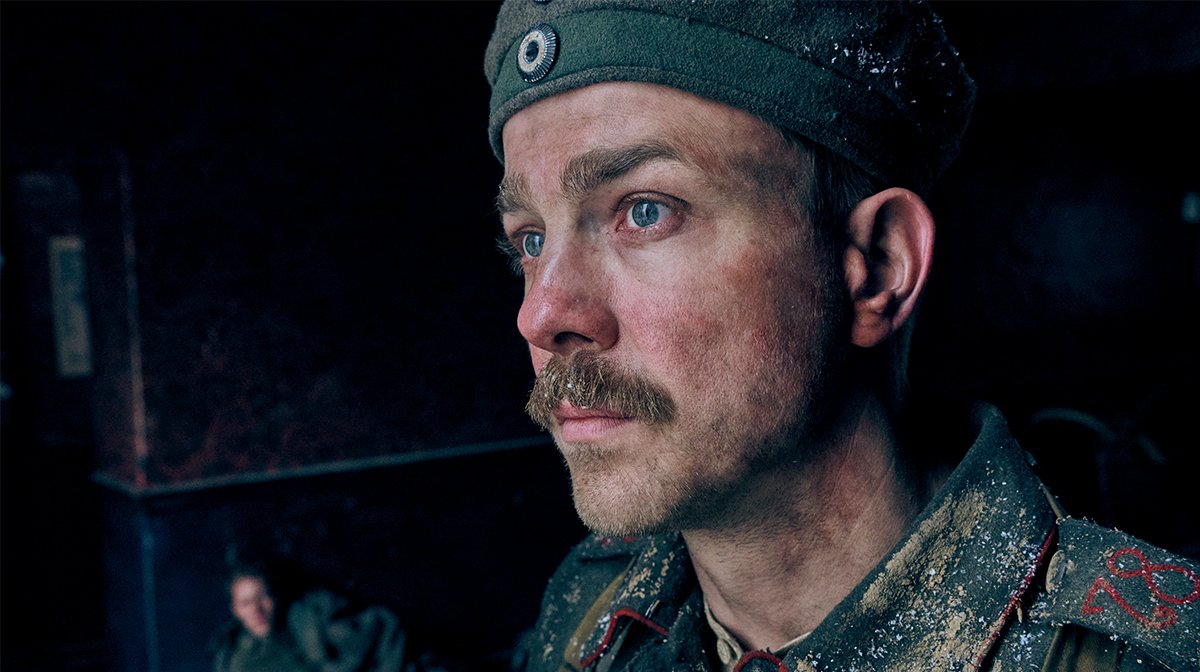 “But it formed the creation of that myth and was the beginning of a much bigger terror, which was an added perspective we wanted to bring to this story that they didn’t have at the time of writing.

“When making this film, that first adaptation was obviously inescapable: it’s a wonderful movie I’ve seen a couple of times but I’d try not to think too much about it – it would probably stop me from trying to make this!

“But the previous adaptations have told this story from American and British perspectives, so I felt a weight and responsibility to convey the shame and the guilt from a German perspective. 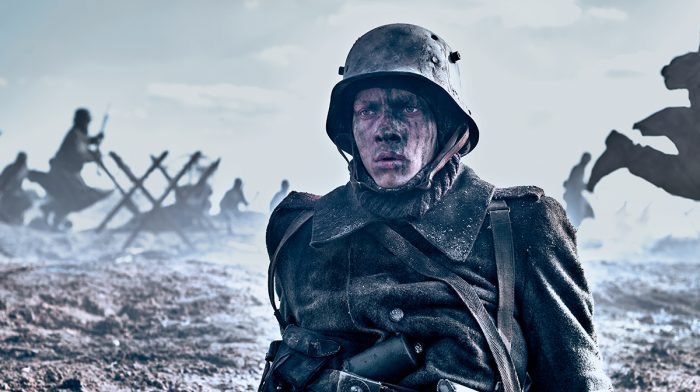 “It automatically feels different than any previous production, and really puts the story in a new light.”

When it was originally published, All Quiet On The Western Front was a harrowing account of recent history. Now it’s been reinvigorated as an examination of a nationalism that took over a country for decades, designed to shake you to your core at just how prescient it remains.

All Quiet On The Western Front is streaming on Netflix from Friday 28th October.