Nominated for five BAFTAs including Best Film, drama The Mauritanian sees Scottish director Kevin Macdonald turn his attention to Guantanamo Bay telling the true story of Mohamedou Ould Salahi, a man who was held at the detention camp for 14 years without charge after being implicated in the World Trade Centre attacks.

Based on his 2015 memoir Guantanamo Diary, Tahar Rahim takes on the role of Mohamedou whilst Jodie Foster stars as his defense attorney Nancy Hollander, with Benedict Cumberbatch portraying military prosecutor Stuart Couch.

We spoke to Macdonald about all things the powerful film, including why he was initially hesitant to take on the project, what it was like working with Mohamedou on it, and how the acting talent helped get it financed.

Zavvi: Congratulations on the film, but also the BAFTA nominations!

Kevin: Yes, we were very happy with that.

Zavvi: I understand you were initially hesitant to take on the project. Why was that and what changed your mind?

Kevin: I felt that there had been an awful lot made about the war on terror, and that it’s in this strange place where it’s not quite history yet, but it’s too far away to be current. Also from a creative point of view, when I read the book I thought it was remarkable but I couldn’t really see the film, or the structure of the story. Originally it wasn’t written as a book, it was more letters to his lawyer so like a catalogue of events.

It was only when I spoke to Mohamedou and got a sense of his personality, his warmth and his intelligence that I thought, here’s an amazing person and I want to make a film about this person. The film isn’t really an adaptation of the book, it’s more about him and the other characters. 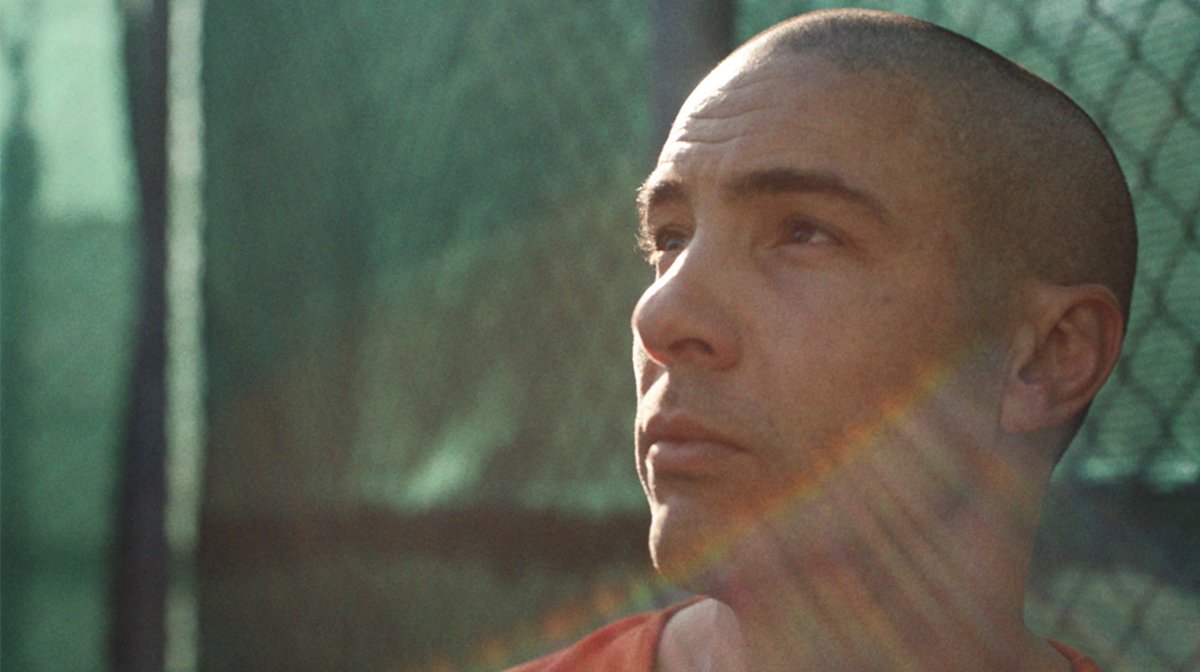 Zavvi: What struck me about the film is that although it covers hot button topics, it never comes across as preachy. It’s more grounded and human, being about the people at the centre of the story, from Mohamedou to Nancy. Was it difficult to balance this?

Kevin: It was important to me that I made an entertaining film, which sounds like an odd thing to say. But I didn’t want to make a movie which only preached to the converted, people who already knew the story. What’s the point in telling people what they already know?

I wanted to reach a wider audience and the way to do that is to have movie stars in it, and to make something which operates as entertainment as well as giving you something to chew on – deep themes and hopefully deep emotional reactions.

Also, the world right now, particularly America, is so partisan, you are either one side or the other. I thought if we were going to reach the people who should see this movie, we need to have a Republican character in there, somebody who isn’t one of the torturers or unthinking bureaucratic stooges.

That’s where the story of Stuart Couch, played by Benedict Cumberbatch, comes in. There’s a character who has every reason to want vengeance, but actually when he realises what’s going on his principles make him stand up and say ‘no this isn’t right’. I think having a right-wing Republican saying that is important – it’s saying if you think this is what all Republicans are like, it’s not true. 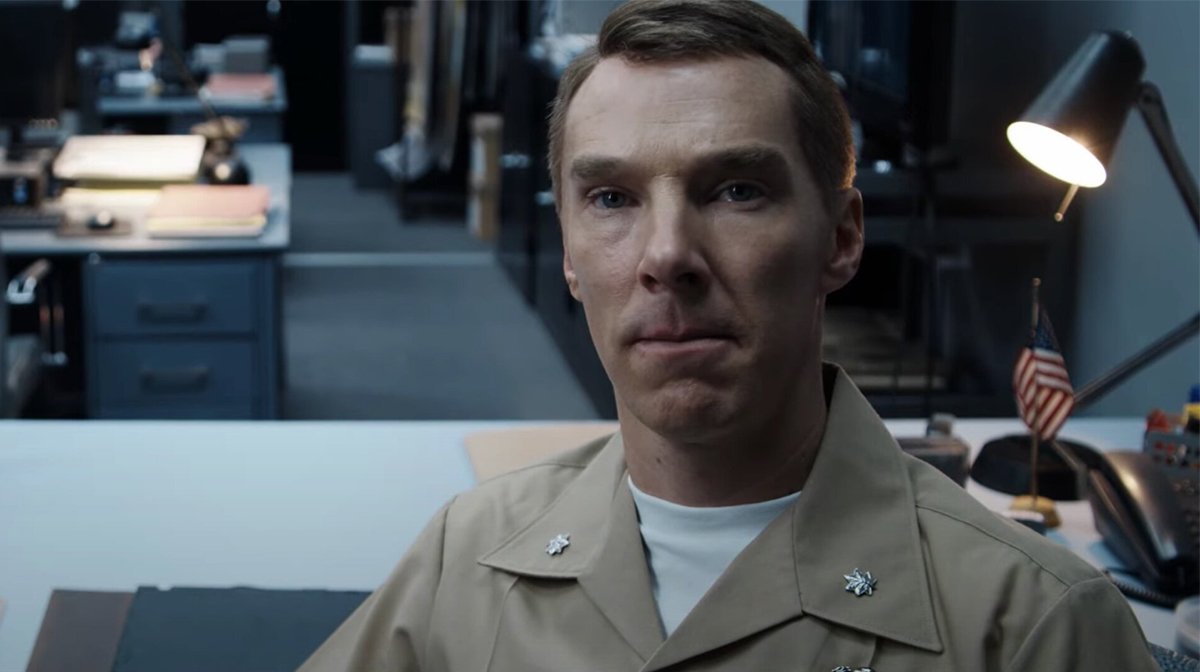 Zavvi: Couch stood out to me and when he does stand up, it’s a great moment. Cumberbatch has been involved with the film from the very start as a producer, and I understand he didn’t initially want to act in it?

Kevin: He was one of the first people involved in the film as a producer took the story to Benedict’s production company [SunnyMarch]. Benedict had read the book and he always thought ‘this is something for my production company, what role is there for Sherlock in this?’

As the script developed he would read it, and once when we were relatively close to shooting it, he said ‘that part [Couch] has become so good’. He said ‘you probably have someone in mind but if not, I’d love to play that role’. We thought he’d be brilliant and that’s how it happened.

One of the things about this movie that was so gratifying was everyone involved was doing it for great motivations, they believed in the story and loved the character of Mohamedou. It made the shooting of it particularly pleasant, which most film shoots aren’t. We were all on the same page and it was really a lovely thing. 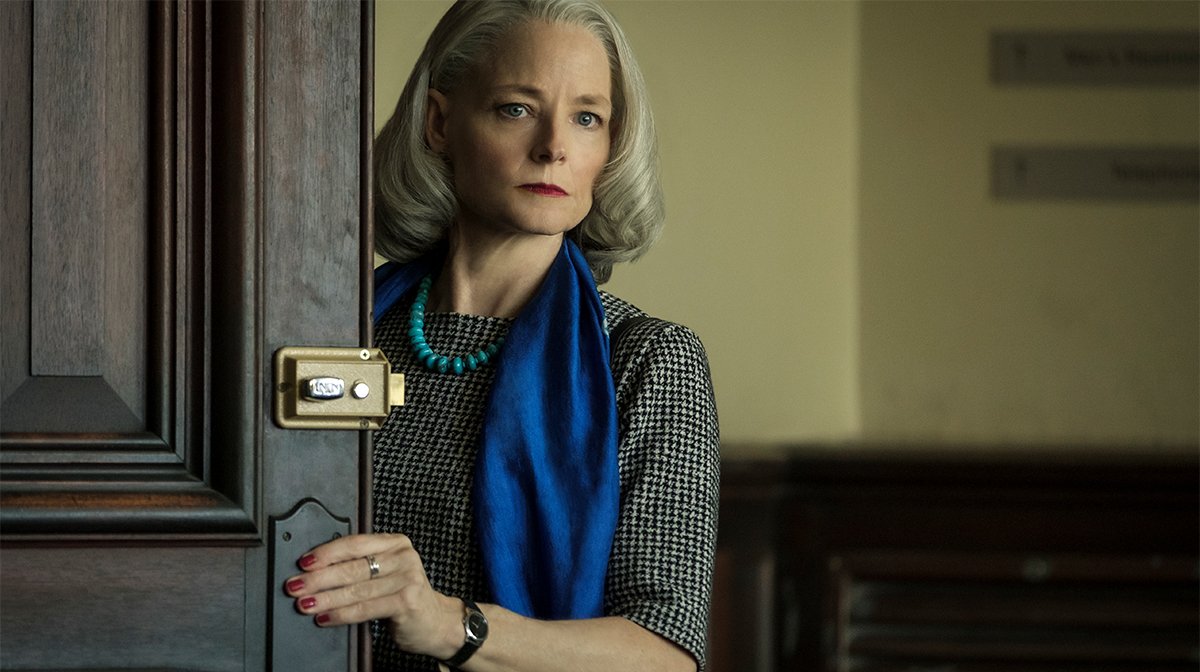 Zavvi: I mean you say there it’s pleasant but shooting the torture scenes must have been relatively uncomfortable. How did you tackle filming these and striking the balance between ensuring it reflects the grim reality, whilst not being completely unwatchable?

Kevin: It was always a big discussion, the thing we spent the most time talking about. How much do we show and how do we show it? There have been so many movies made about the war on terror where you see torture, but it’s always from an American point of view with a nameless and faceless Middle Eastern person. You never see it from the point of view of the person being tortured. So in the film we are with Mohamedou and understand him by this stage, and even if we don’t know if he’s innocent, we feel this is wrong on a human level.

And then in the book he talks about seeing his mother appear in his cell whilst he’s being tortured, and I thought that’s the tone we should adopt. We should go inside his head and go subjective, representing the experience of being tortured through sound and image. It became a sort of fever dream, different to the rest of the film. 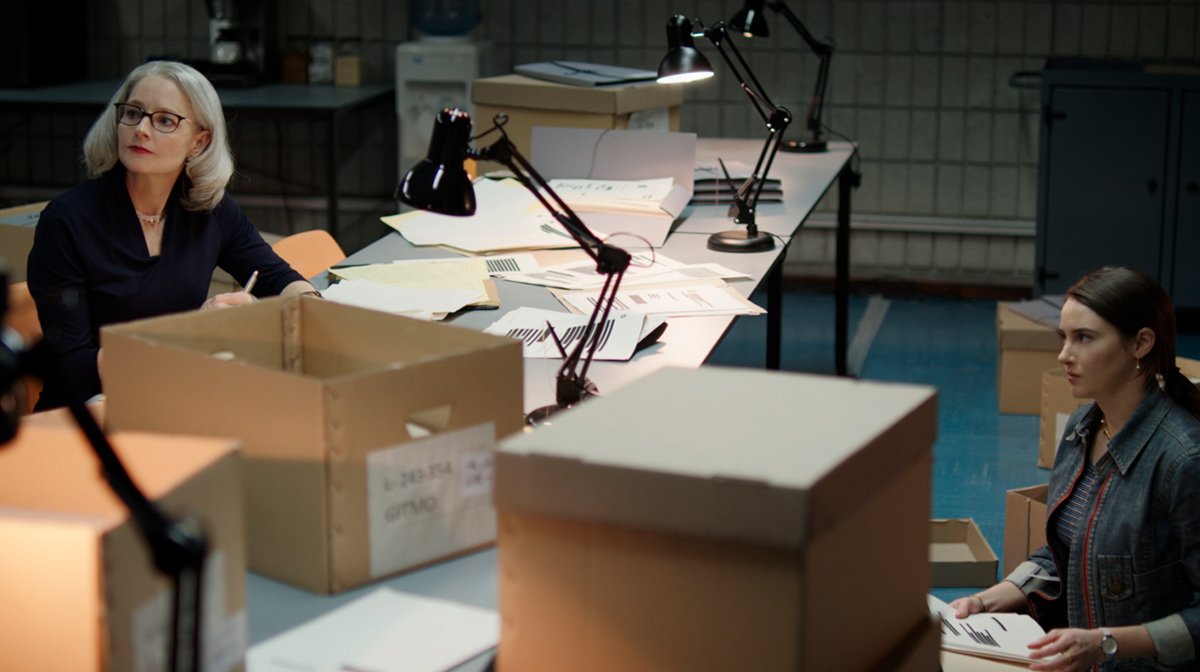 Zavvi: I understand Mohamedou visited the set at times.

Kevin: He came to set with Nancy Hollander, it was the first time he had been anywhere that wasn’t Guantanamo Bay or Mauritania for over 20 years. It was like a wonderful holiday for him, he couldn’t believe how well treated he was and that everyone was so inspired by having him there.

When we were filming the scenes where Nancy and Teri [Duncan] are talking to him and visiting him at Guantanamo, that’s when he came to set.

Zavvi: And what was it like having him on set?

Kevin: He was very inspiring. The production designer and I had already been to see him in Mauritania where he gave his drawings, measurements and spoke about Guantanamo. Online there are photos of Guantanamo but some of them are fake or they are real but from later. Mohamedou would tell us ‘that’s not real’, ‘that building is where I was’, ‘that’s what my cell looked like’ – it was all very helpful. 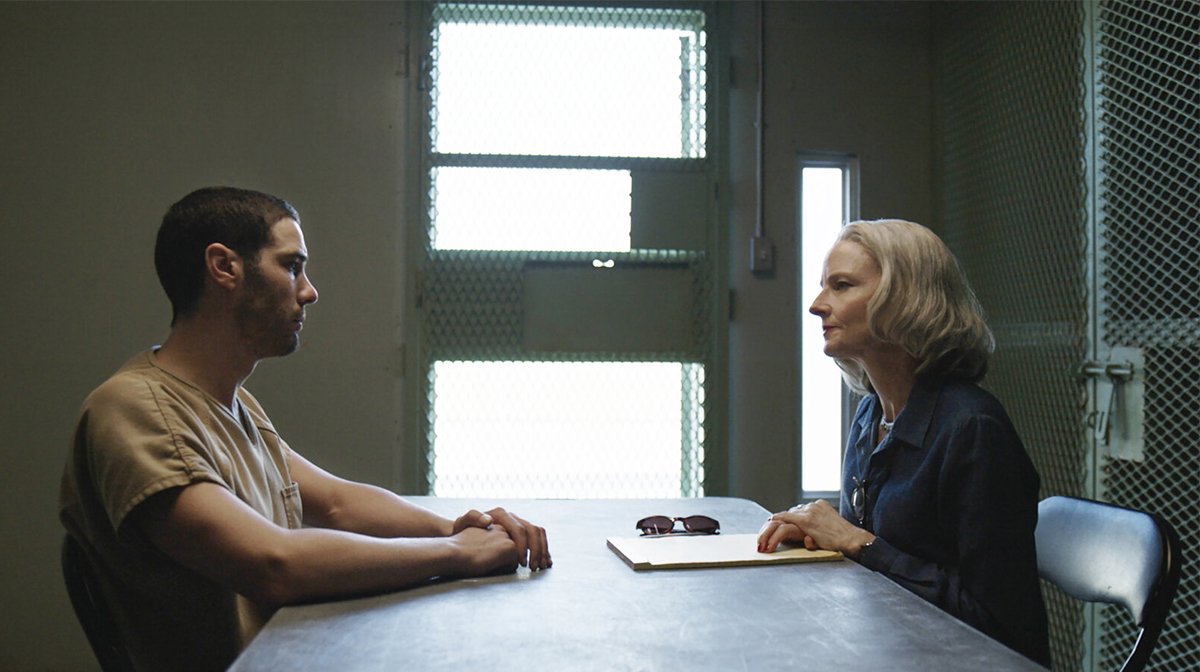 The designer went to huge efforts then to make it as accurate as possible, and when Mohamedou came to set, the first thing he did was walk around and say ‘that door is three inches too tall’ or ‘that colour needs to be two shades darker’. We tried to fix as many things as we could because it was important to Mohamedou that the feel of the place felt right.

He said to me that ‘the American government spent millions of dollars keeping this place a secret, and I want to shed light on it’. He wanted people to feel what it was like inside, and we wanted to fulfill that wish.

It was part of our responsibility to get Guantanamo and the torture scenes as accurate as possible. When it came to other aspects of the film, we had more liberty to simplify, dramatise and condense. 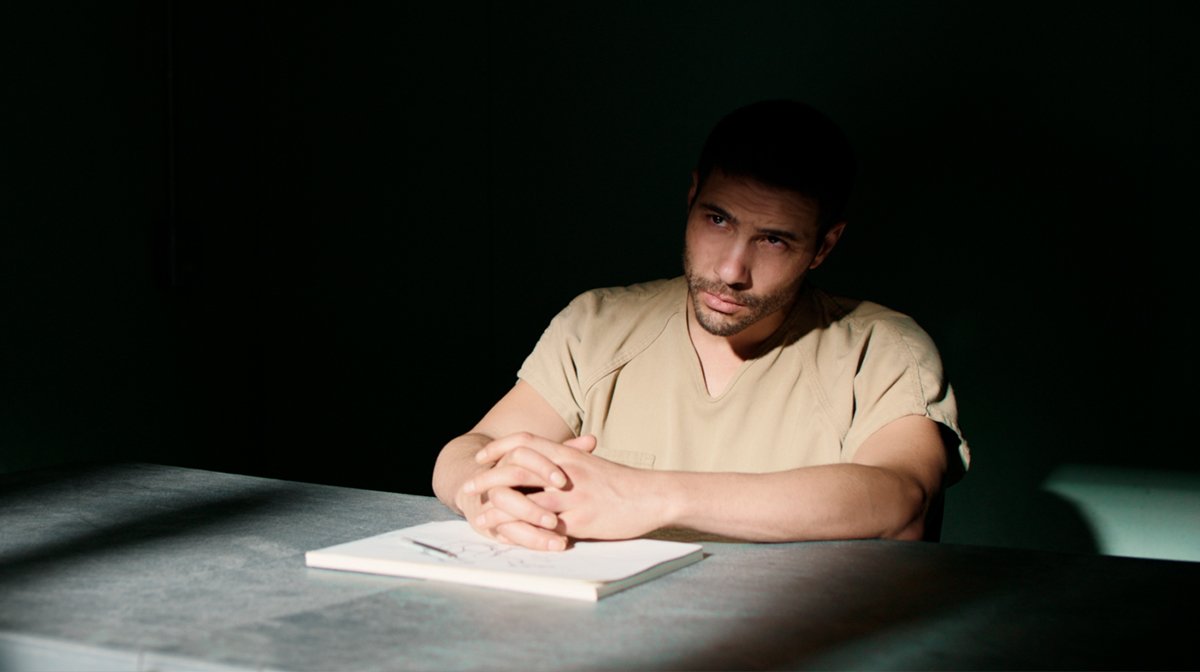 Zavvi: It was difficult to get financed which surprised me because of the talent involved and how important this story is. Do you think the sensitive subject matter put people off financing it?

Kevin: I think when people hear the word ‘Guantanamo’ they just go ‘ooohh, that’s not a Saturday night movie’. But luckily because we had this amazing cast, at a certain point it became undeniable to turn it down because of that considering these great performers involved.

So I’ve got them to thank that we got it made. One of the things that I hope is an indirect consequence of this movie is that financiers will think twice about films about serious subjects thinking audiences maybe want to see something that really engages them with the world. 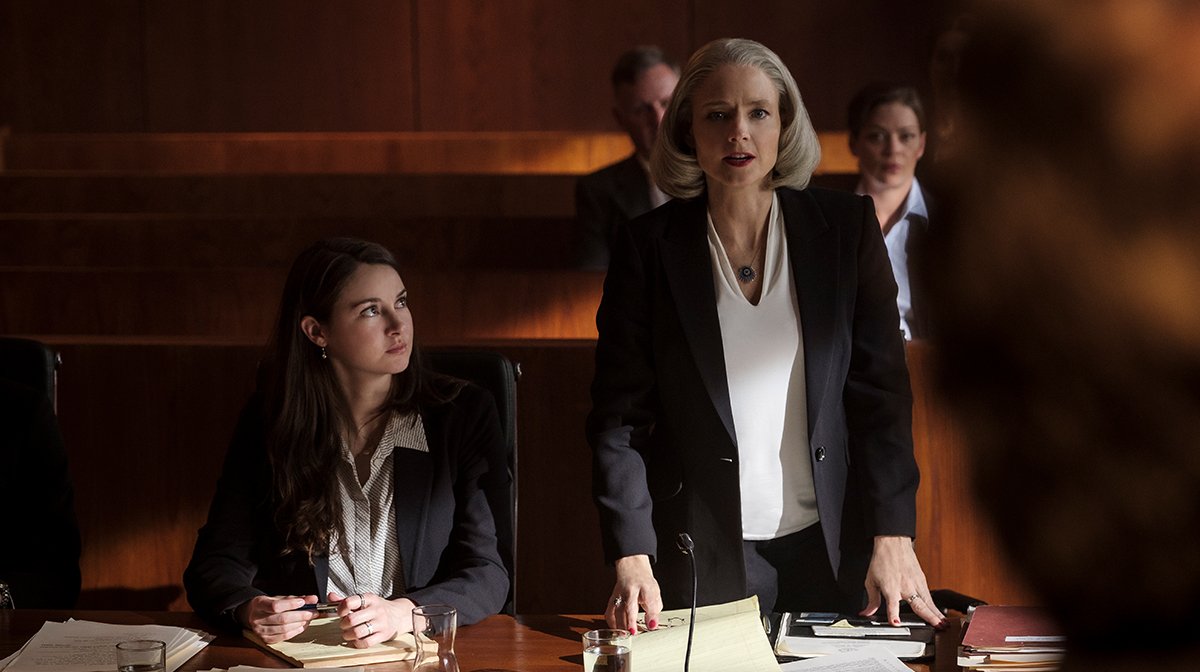 Zavvi: I know Mohamedou was involved throughout, but what was his reaction seeing the final movie?

Kevin: Unfortunately I wasn’t there which is a shame as I really wanted to show it him in person. We finished cutting it in summer last year, and I did manage to find a way to get there to him but sadly it didn’t work out. So I had to send him a link in the end!

He’s never fully watched the torture sequence. He says he’s tried a couple of times but has always had to leave the room. As you imagine he’s highly traumatised by it.

But, firstly Mohamedou is too nice to say he hated any of my decisions, and he’s also far too smart to think that everything in this movie is exactly how he wanted it to be. He realises it’s an artistic endeavor he’s handed over. But he tells me he loves it, and I believe him.

It’s an amazing experience for him, having this movie made about him with these great actors. There’s a sweet gratefulness to him.

The Mauritanian is available to stream on Amazon Prime from Thursday 1st April.