There’s something about Hellraiser that remains incredibly special.

Clive Barker’s brainchild, adapted from his novella The Hellbound Heart, is a testament to low-budget horror that rivals The Evil Dead, while also boasting a depraved creativity that has, since release, become untouchable.

Unleashing Pinhead and his alluring Lament Configuration upon the world in the ickiest, stickiest, gooiest manner was for many Barker’s greatest contribution to horror – and we owe an awful lot of that to the film’s Cenobites. 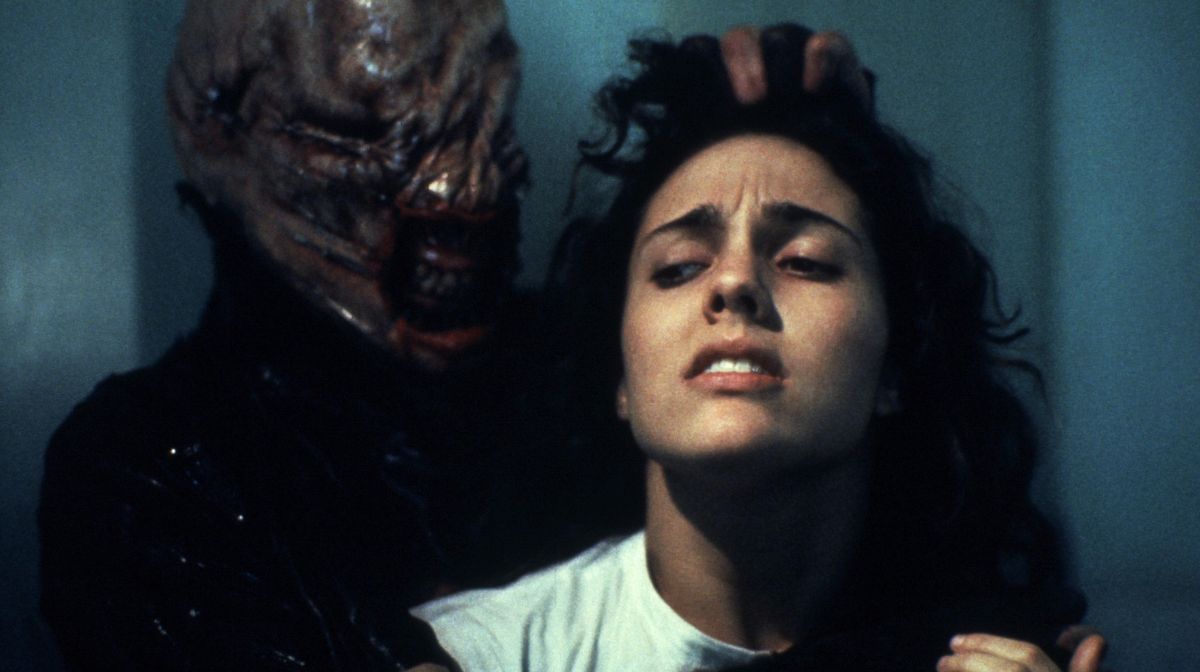 The hierophants of hell are a twisted vision. Led by their pokey priest, the extra-dimensional nasties who travel to Earth to show man the outer reaches of experience are a blend of Barker’s bonkers ideas and the glory of ’80s practical effects.

Most notable of Pinhead’s posse are Chatterer, a monster who lives up to his name with his stretched maw and eerie pearly yellows, and Butterball, which is what you could expect to see if you pumped Doctor Who‘s Adipose bursting with porridge and dressed it up in a cheap Neo cosplay.

It’s these monsters, brought to life by actors Nicholas Vince and Simon Bamford respectively, that sell the icky vision so flawlessly – speaking with Zavvi for the film’s 35th anniversary, it’s clear that their love for Hellraiser is just as potent as that of Barker’s most dedicated fans. 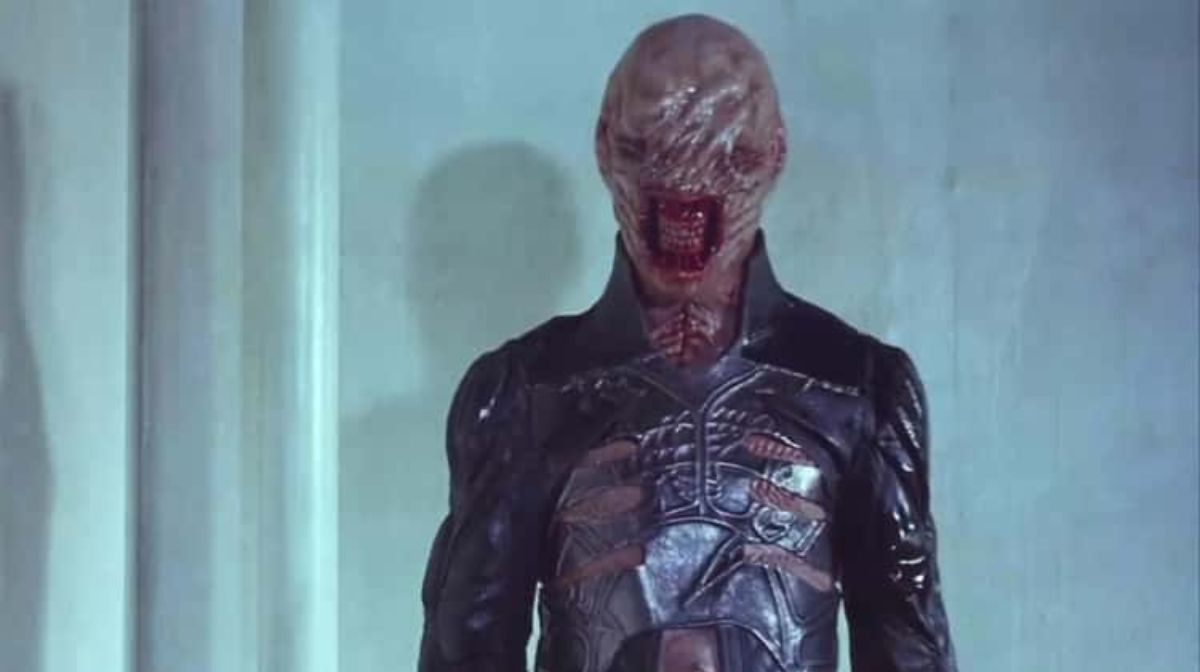 The film has really earned its keep in the horror pantheon, with Vince reckoning that’s mostly down to how unique Hellraiser is: “It was profoundly different at the time, because it was very unlike all the other stalk-and-slash stuff that was around.

“And that’s not to denigrate – I love the likes of A Nightmare On Elm Street – but it was very different and it’s very sexy. It is just very sexy in terms of the costumes, the subjects they’re dealing with, and so on.”

Meeting with Vince and Bamford, it’s clear that they still care for their characters’ legacy with sketches, busts, and models peppering the former’s home. Despite knowing him personally, they’ve got the Barker bug, and have plenty to say of the man’s genius. 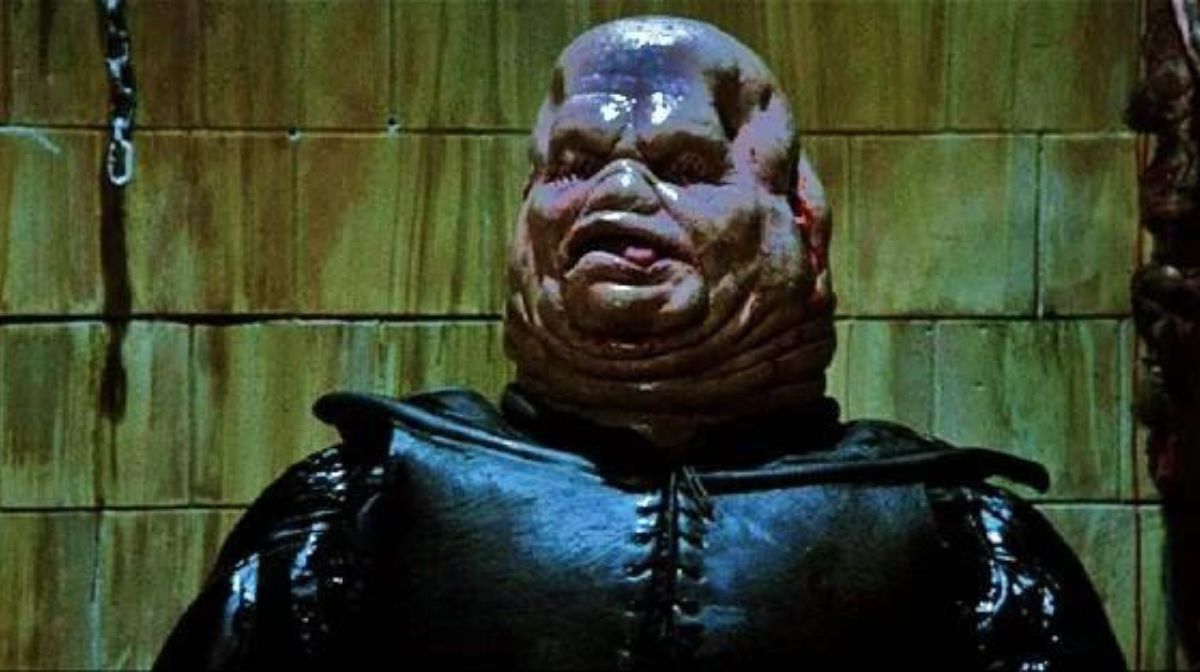 “Working with Clive, he touches on every aspect of filmmaking”, Bamford says gleefully. “He goes in with such enthusiasm and amazing ideas, no matter what department you’re working in, then encouraging you to come back with even better ideas.

“It’s always a collaboration. If it’s ever to be a masterclass in filmmaking, it’s the fact that there’s nothing throwaway about Hellraiser. Every scene, every shot is there to forward the story.”

Joining Hellraiser quite sporadically, jumping in from knowing Barker from fringe theatre groups, you’d imagine that it was hard for the duo to picture a future for the movie, let alone see it spawn an 11-film-strong franchise. 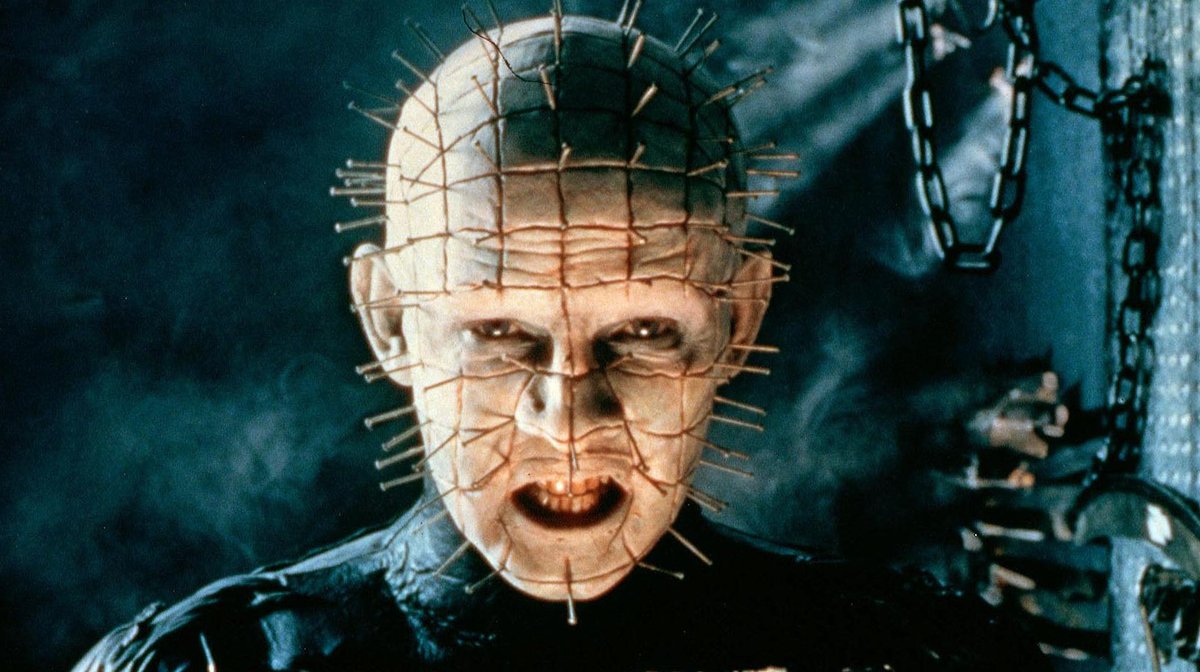 And now, as a reboot puts the magnificent Jamie Clayton in Pinhead’s boots and new characters at odds with the Cenobites, the pair feel that the new film represents a passing of the torch.

“You’ve cast a six foot six actor to play Chatterer? That sounds great!”, says Vince. “It sounds like you’re going to go in a really, really interesting way with this.”

“They have these costumes that are very restricting and if you look at the way they move, it’s very similar [to] the way that we moved”, adds Bamford.

“I think more than anything else, you can’t really do much more! There is a kind of flow from our Cenobites to their Cenobites just in the way that they move.” 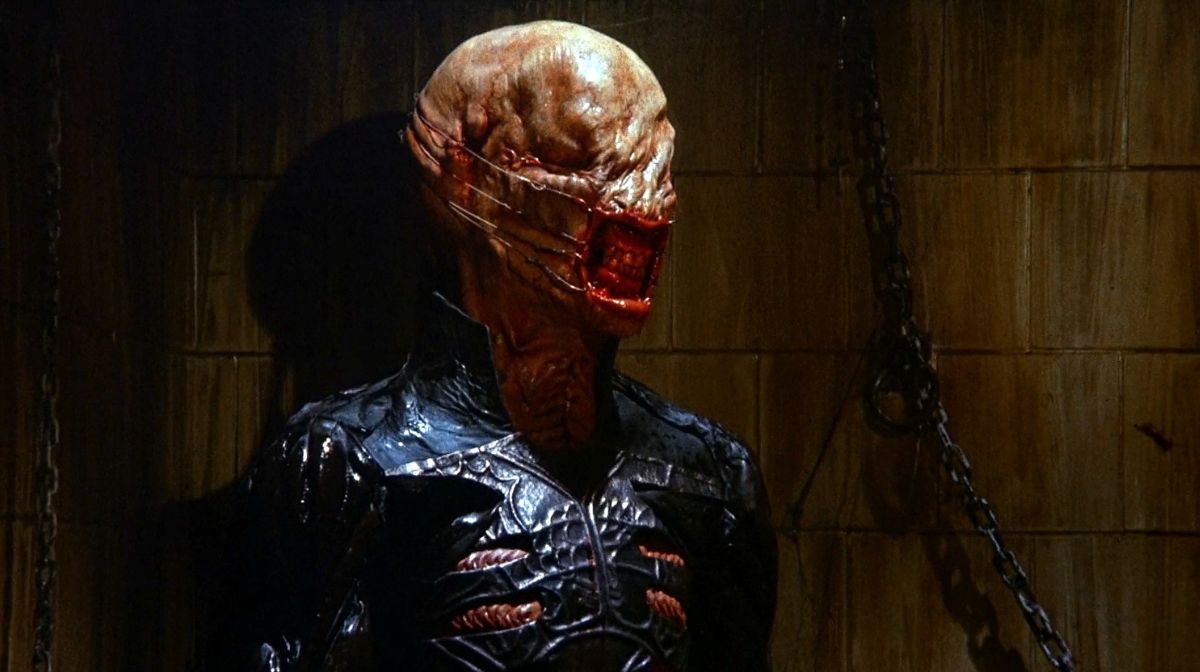 The pair’s love of horror was prevalent even before Hellraiser, so it seems like it was a pretty easy sell to keep them around in the genre after their Cenobite appearances.

“I grew up in a little village and while the other boys were trying to get the top shelf magazines of a different genre, I was trying to get Fangoria because it just fascinated me”, laments Bamford.

The legacy of Hellraiser is one that is now plastered across those magazines that fascinated Bamford in his youth, which he puts down to forbidden nature of the film’s narrative and the taboos within it. 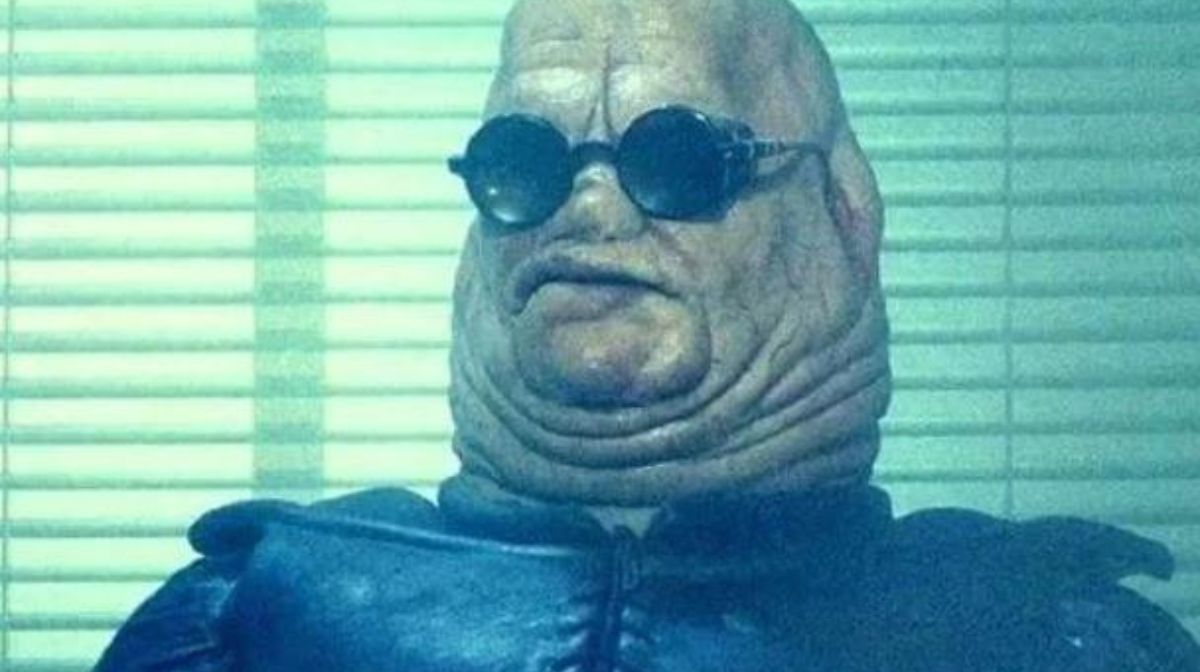 “Every generation likes the forbidden – the stuff we’re not supposed to do is what we’re always drawn to. The fact that Hellraiser opens the door to that and says something quite different to any other film… I think that still, it’s very much an original film.

“Everything else tends to be along the same lines. It’s never really been copied. I don’t know how you would, the whole premise of it is ridiculous!”

Vince and Bamford’s love of horror simply pours out of them, with the former sharing a look at his model kit for Phantom Of The Opera, a string left over from his love of Universal Monsters. The latter meanwhile gives us a glimpse at his complex, contorting Lament Configuration made by his nephew.

This love of all things scary has clearly trickled through generational gaps – the Cenobites think it’s the fans that have kept Pinhead and co. coming back. 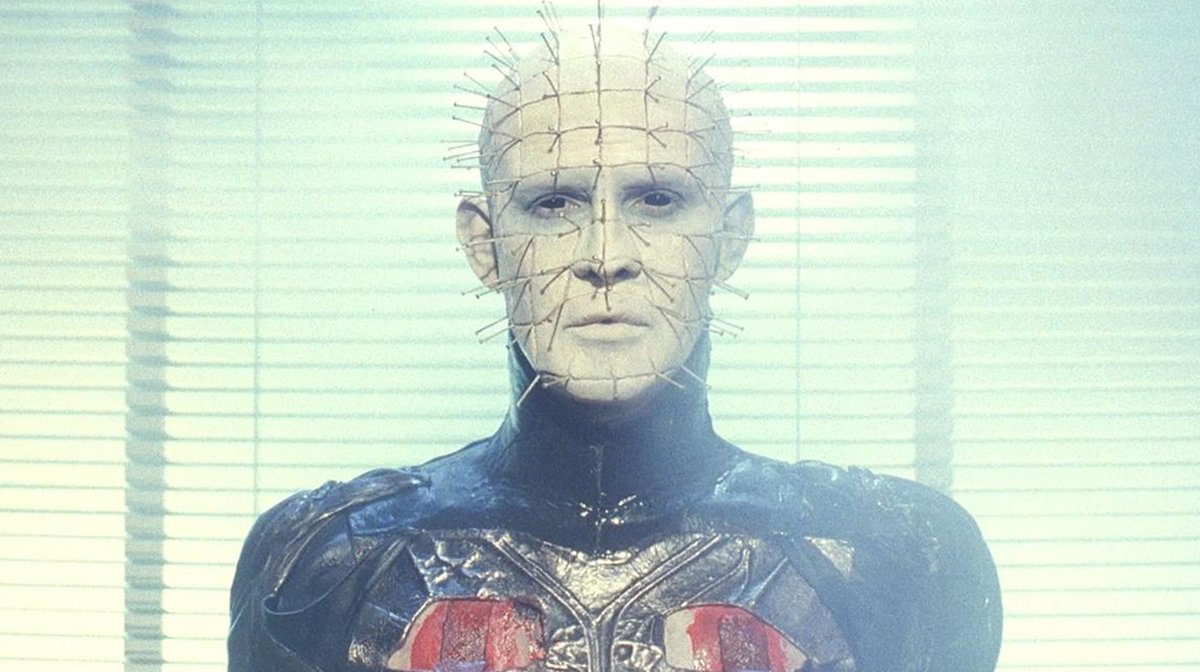 “You’re kind of keeping the flame alive, it had such a strong impact on your life, and the fact that Clive was willing to let people take his vision, pick up the ball, and run with it, I think it’s the enthusiasts that have kept it going.”

It’s inspiring to see that so many years on, the most enticingly gross parts of Hellraiser are still as passionate about the franchise as if it had come out yesterday, egging on the new era of the series without ego and ushering new fans into the dingy attic of the Cotton home.

Perhaps it’s a good thing that Chatterer and Butterball kept quiet in the film, as with our chat as evidence, the chances are that we’d probably root for them too much.

Hellraiser is currently playing as part of the BFI In Dreams Are Monsters season. Find out more information and buy tickets here.