If you are a fan of action cinema, you will sure to be very familiar with the work of Mark Dacascos, a martial arts legend who has starred in the likes of cult favourites Crying Freeman, Drive and Brotherhood Of The Wolf.

A long stint on hit show Iron Chef also helped shoot Dacascos to stardom, but last year was the real turning point for the star as he broke into Hollywood with his fantastic performance as the villainous Zero in the acclaimed John Wick 3.

We spoke to Dacascos about working with his family on the film, his experience on John Wick 3 and working with the legendary Keanu Reeves.

Zavvi: Congratulations on the movie. It of course is rather a family affair for you – your wife (Julie Condra) and daughter (Noelani Dacascos) also star in it. What was that experience like?

Mark: I loved it! In terms of the story, to get into the scene all I had to do was make sure I was grounded, look at their eyes, and I was in it.

It was also just really fun. As soon as ‘cut’ was called, we could go back to laughing and enjoy what we just did. 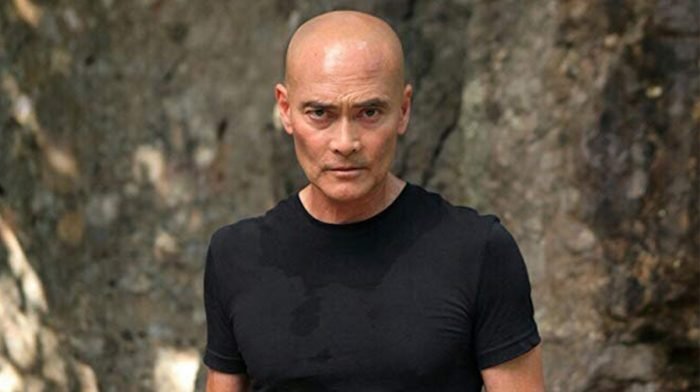 Zavvi: Was it strange at all seeing your daughter shooting guns, driving, filming these action scenes?

Mark: Oh it was very odd! Wych [Kaosayananda, the director] taught her how to drive – she was 12 years old driving this BMW in the jungles of Thailand.

I remember it was October we were shooting. She would FaceTime her friends who were dressing up for Halloween, and she sends them a picture of her with a gun and all these zombies surrounding her. Ultimate Halloween party! 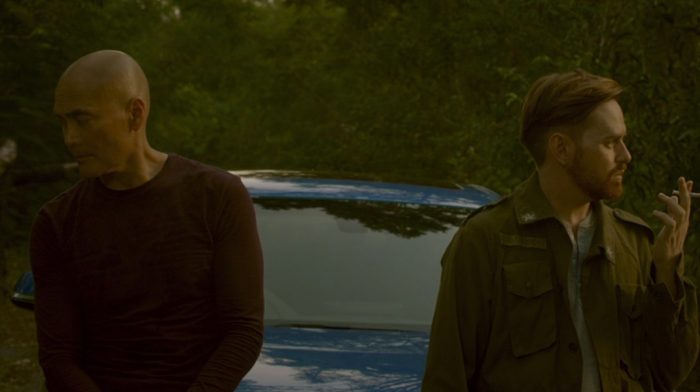 Zavvi: And you must be proud of her, starting this acting career?

Mark: Very, very proud. I remember Wych cast her, we went to Thailand, and we were doing a cast read-through. Julie, my wife who also stars, and I knew that Noe could do the part but there’s a big difference between playing around with dialogue at home and doing the read-through.

So yeah we were nervous, but she read her first line and her voice was so full, the energy was palpable, everyone was looking at each other giving little nods. By the time we finished the read-through, Wych came over to us and said ‘she’s got this’. 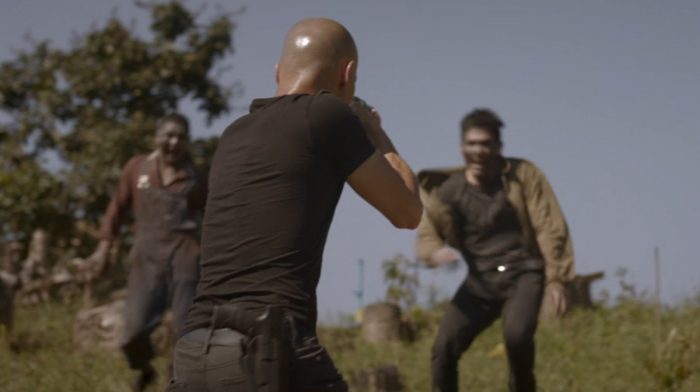 Zavvi: And how did you get involved in this project?

Mark: I had worked with Wych before. He sent me the script, I loved the story and the character, but also I saw the opportunity for my wife to play my wife, and our daughter play our daughter.

I thought this could be really special for the story and for us, so I passed the idea on to Wych, he liked it and started to try get the finances together.

Of course a couple months after that I was invited to do John Wick 3, which helped get the logistics and financing together. 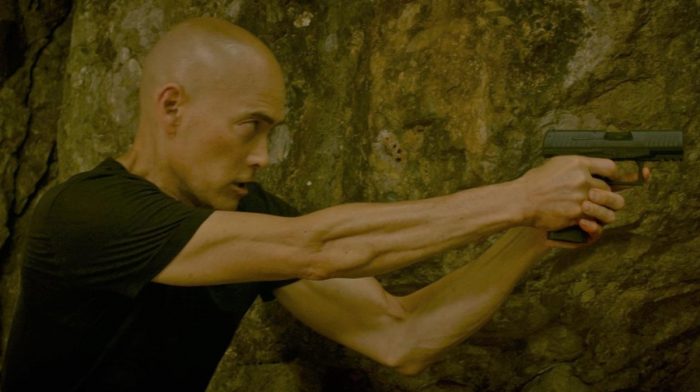 Zavvi: Working on John Wick 3 must have been quite the experience?

Mark: It was a blast! Everybody was amazing. The director Chad Stahelski, he’s a very skilled martial artist himself, and of course Keanu trained very hard, like wow.

Being surrounded by all of that, it was easy to be absorbed into this world, and myself being a Keanu Reeves fan, being a John Wick fan, it was almost too simple as Zero and I have the same feelings towards John! 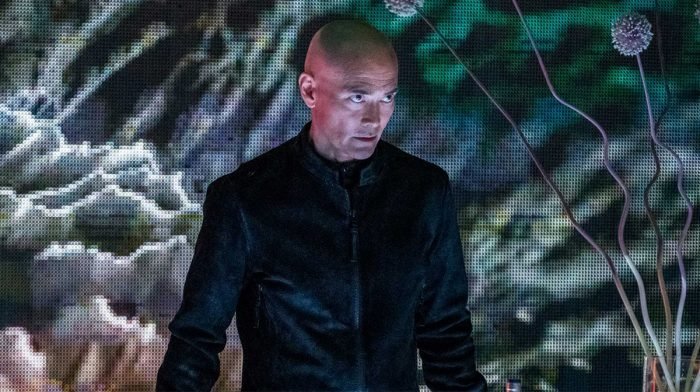 Zavvi: Were you nervous at all about getting involved with such a beloved and critically acclaimed franchise?

Mark: Of course! Chad invited me but I was like, I don’t want to ruin it. The John Wick movies are amazing and not just because the action is top of the charts, but the characters are interesting, there is a whole world now that goes so deep.

It is so colourful and deep in every way, the bar was set so high and the challenge for me was to take all of that in, look at who Zero is and then physicalise that. And then of course, bring it. 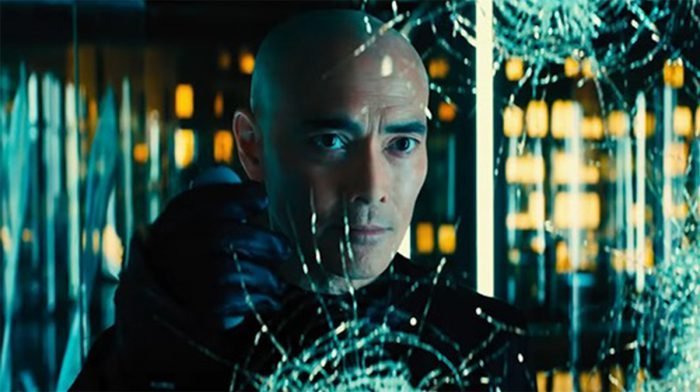 Zavvi: And bring it you did! Is it different working with Chad [Stahelski] compared to other directors as he is a former stunt-man?

Mark: Yeah it is. For example, Chad is known for changing fight scenes just before we shoot them after having an idea on the spot. And everybody else has to keep up with him.

He did that many times with one of them being during the final scene. We had just broken for lunch and he was like ‘wait up, I’ve had an idea’ and he asked me to do five kicks. So I say ‘okay, how long do I have’ and he says ‘four or five minutes then let’s go shoot it’.

So I worked out a sequence, rehearsed it quickly and then we shot it! He does that, but it’s amazing.

Also one time he wanted Keanu to do this move, but Keanu wasn’t too sure what it would look like. Instead of asking one of the stunt-men to demonstrate, Chad, our director, goes up on the floor himself. It was incredible and I was watching this going, this is our director!

Zavvi: Keanu must have been great to work with?

Mark: Yeah. He’s so humble, hard-working and athletic. Fortunately for me my stunt double took the hard hits, but Keanu and I did 95 per cent of the fighting.

And when he grabbed me for the throws I had bruises on my arms for a couple days after, and I wish they had been permanent as I was so proud of it. 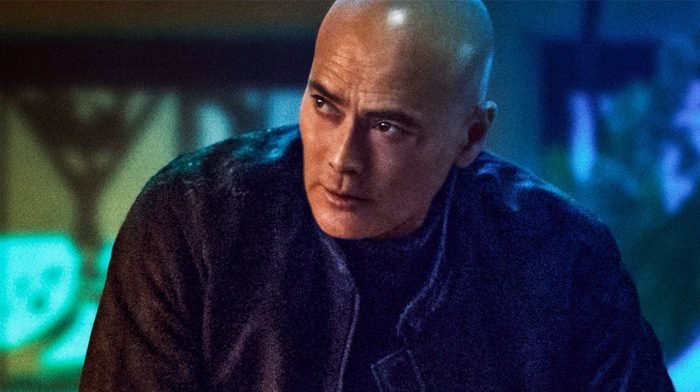 Zavvi: You have been working in action cinema for a while now. What has been the most challenging project, or fight, you have done?

Mark: Well John Wick was one of them because there was a lot of pressure on us to rise up to the audience expectations.

And I didn’t have long to prepare. Chad texted me on Sunday, we talked on Monday, I was on a flight that night, shaved my hair on Wednesday and we started shooting on Thursday. So in that respect it was the most challenging movie I have done. 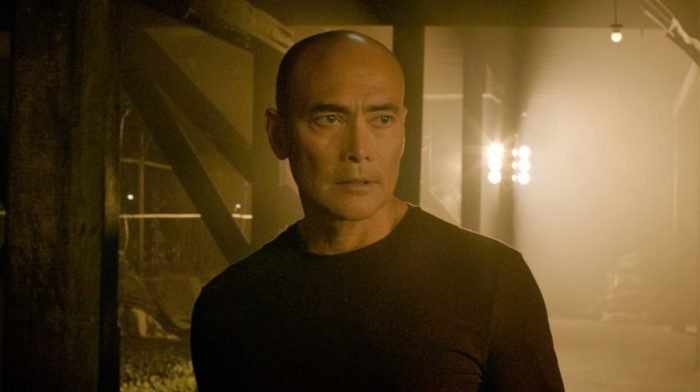 Zavvi: And what is next from you?

Mark: I want to tell you but it hasn’t been announced yet, but it is based on an anime and it will be a big live-action show. With the pandemic things were pushed, otherwise I would be shooting it now. It will be fun though.

And I did an animated film for DC Comics, Batman: Soul Of The Dragon, which will be out start of next year.

The Driver is on digital download from 12th October and DVD from 19th October from Lionsgate UK.