With the BAFTA film nominations due in just over a month, one of the leading contenders in the Best British Film category arrives on Netflix this week.

The Dig tells the story of the 1939 excavation in Sutton Hoo that uncovered one of the richest burial sites ever found in Northern Europe. Dating back to the 6th and 7th centuries, it revealed the skeleton of a 90 ft ship and a wealth of extraordinary treasures.

But once the British Museum becomes involved, Brown faces being pushed to one side and, with war about to break out against Germany, the race is on to find as much as possible and protect the site from possible destruction.

And while an excavation doesn’t immediately sound like a cinematic experience, the discoveries, the politics surrounding them, the relationships between some of the key players and the powerful sense of how the past speaks to the present come together to make a thoughtful and visually stunning film.

We spoke to Fiennes about the film, how he nailed the Suffolk accent and what it is like to play M in the James Bond franchise, saying he would like to be invited back to return as the character in the future.

Zavvi: Congratulations on the film and your performance. They’re beautiful – both of them. It’s based on the excavation at Sutton Hoo and the discoveries are very famous.

But how easy was it to find out about your character, Basil Brown? He strikes me as a very private person.

Ralph: There’s actually quite a lot of information out there. If you go to the Visitor’s Centre at Sutton Hoo, there’s a book about Basil.

It’s written by Martin Carver, who’s an archaeologist and is regarded as an expert on Sutton Hoo. He led excavations in the ’70s and ’80s. 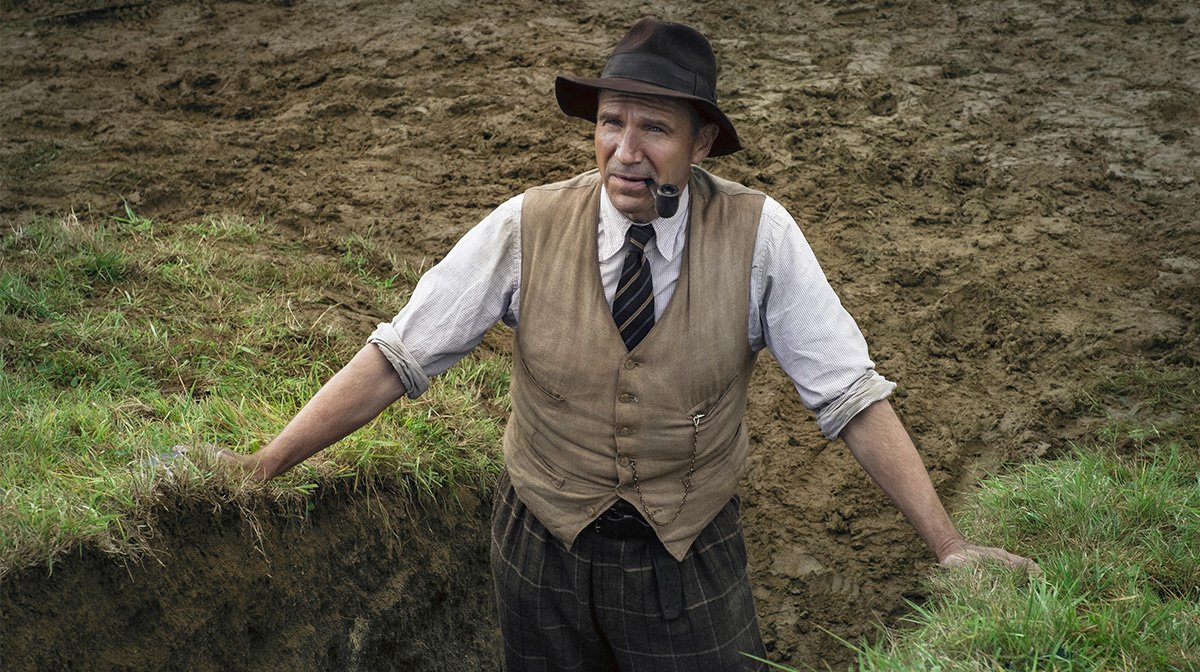 The film put me in touch with the British Museum, which is where the Sutton Hoo treasures are kept and are on display. They have a massive archive which includes Basil Brown’s own notebook which I was allowed to handle and have a look at. And there were lots and lots of photographs.

You get the feeling he was an extremely gentle, unassuming person but with a strong dedication to his calling – archaeology. 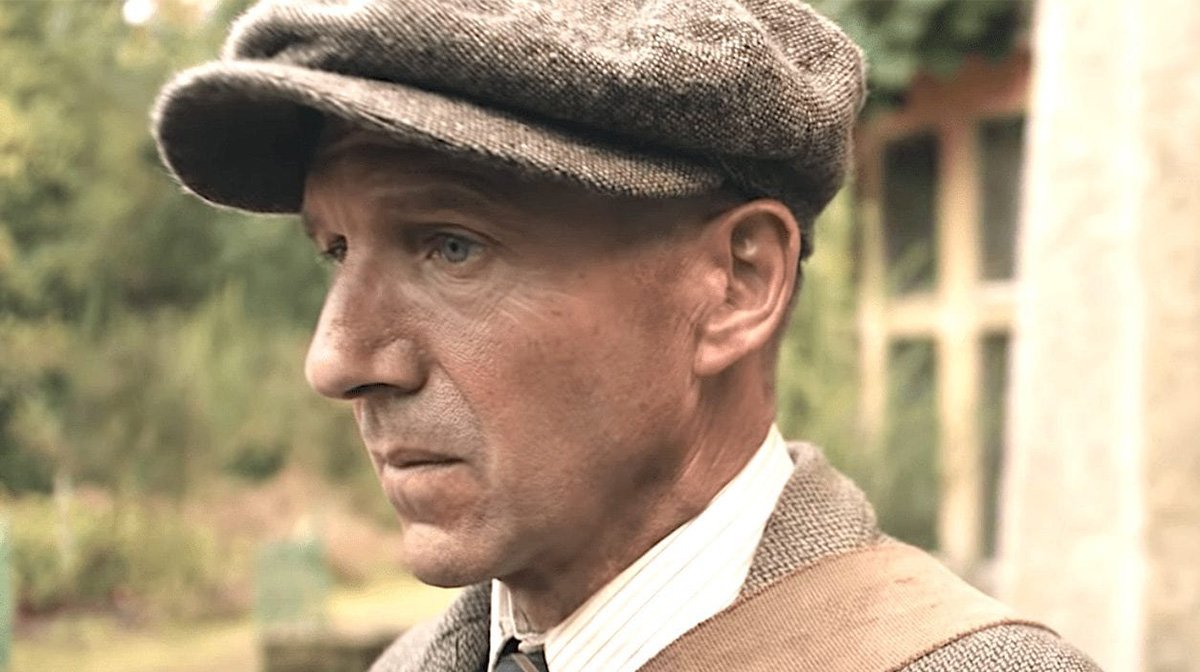 Zavvi: I wondered how you went about getting the accent right for Basil. You come from Suffolk originally, but you’ve probably lost the accent…

Ralph: I don’t think I ever had it. My parents talked RP-ish [Received Pronunciation] like me. I wanted to get it right and (starts speaking in Suffolk accent) I’ve got to know it now, so I don’t find it that hard. But it can’t be West Country, because that’s very different. 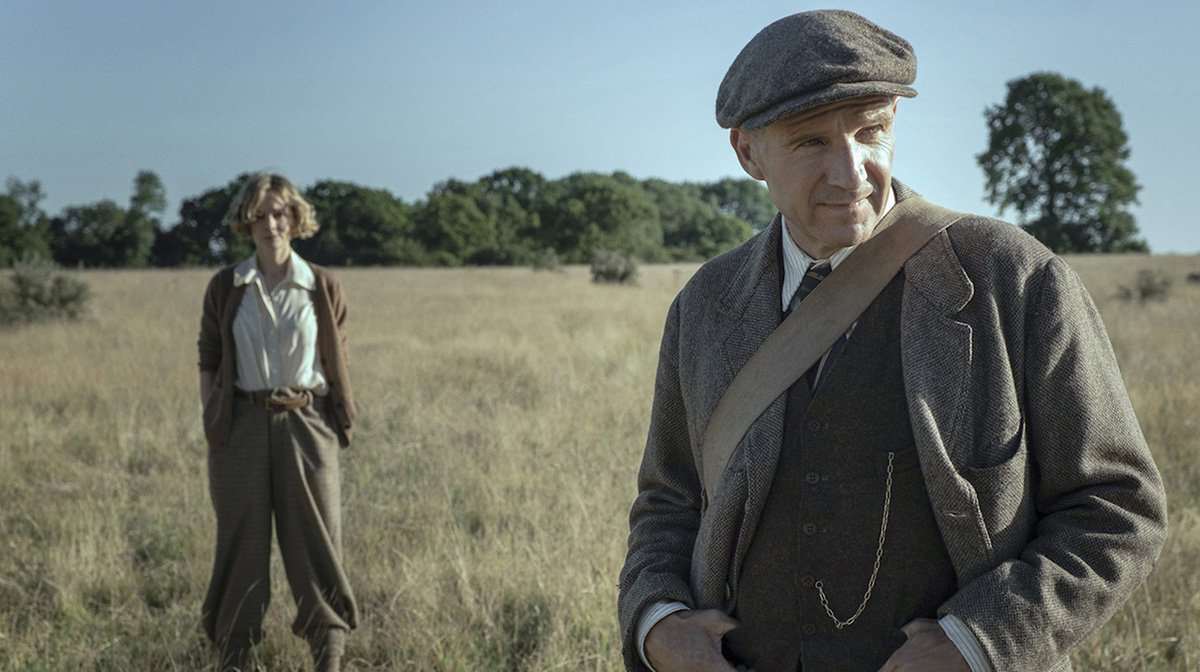 I was directed towards Charlie Haylock, who’s a Suffolk man and very knowledgeable about the history of spoken English. He does an amazing talk about all the dialects from around the country but he’s from Suffolk. There was a very good dialect coach called Jamie Matthewman, who oversaw all the dialects.

On set, there was Charlie and a young Suffolk boy called Jay Ducker who helped me as an assistant because I wanted somebody local to be at my side so I could just practise and they could give me feedback.

Charlie would say that he needed to “Suffolk-ate” the script so he’d go through it and make little phonetic signs to show all the sounds.

One of them is that we’d say “I’ll try to do something” but in Suffolk it’s “I’ll troy to do it” and there were various local phrases as well. 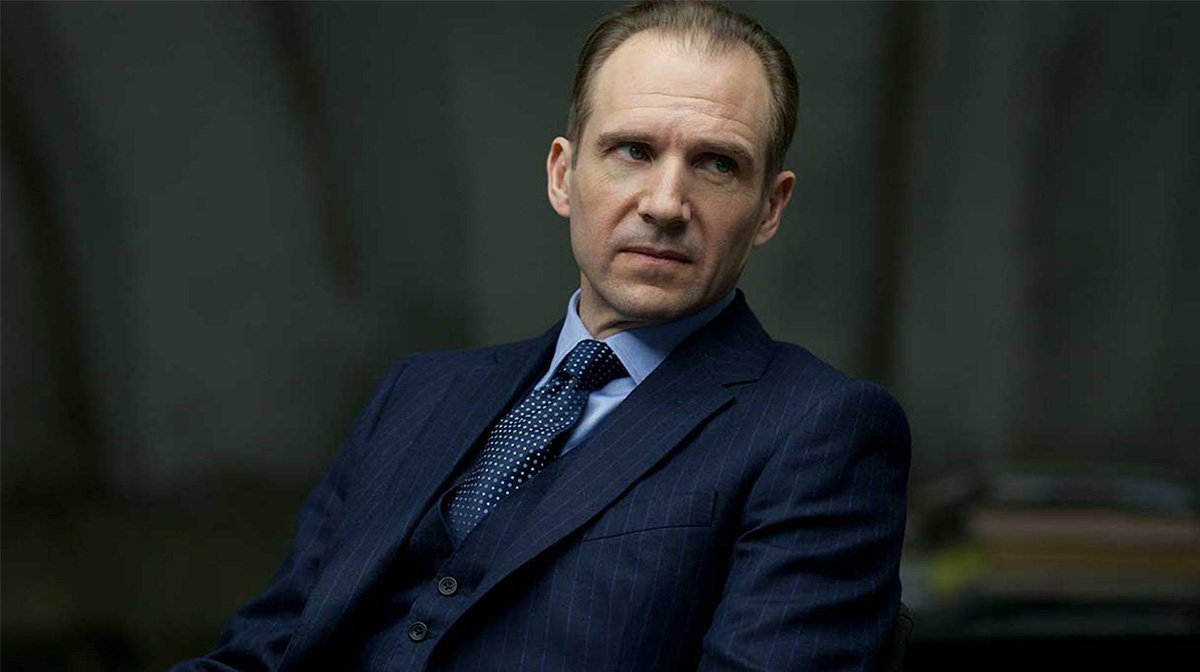 Zavvi: Coming up this year, we should be seeing you in some other films, one of which is No Time To Die. With Bond films you always think of the action and the glamourous location but you never see any of that as M. Do you ever feel like you’ve been short changed a bit?

Ralph: I got a bit of action when I first joined the franchise and took a bullet for Judi Dench and that was quite exciting. But otherwise it’s a bit desk-y.

I’d like to come back when they make the next one. It’s M really – the guy in London – although I’ve always hoped there’d be a bit more action. But it’s James Bond, it’s not M.

The Dig is available on Netflix from 29th January.