Having had the chance to speak to writer/director Ben Wheatley about his latest film In The Earth, we also caught up with one of its stars Reece Shearsmith, who has reteamed with the filmmaker after featuring in both High Rise and A Field In England.

In The Earth sees the director returning again to his horror roots with a film that mirrors the events of the pandemic and the strange state of the world.

While it isn’t directly about last year’s events, it does echo the fears surrounding viruses, environmental issues, and more.

Shearsmith has made his name playing a variety of characters across film and television, and the actor told us it wasn’t difficult to say yes to working with Wheatley again, especially as he was so happy to have been offered such a meaty, surprising role.

He plays Zach, a strange man who scientist Martin Lowery (Joel Fry) and his park guide Alma (Ellora Torchia) meet whilst trying to find a cure for the virus rampaging across the world.

“It felt like such an amazing opportunity to dare to be attached to something that was going to happen” he said. “I didn’t believe it when he had written this script and that we were going to film it in the summer.”

“I just felt like ‘we won’t, how can we, no-one is going to be able to do anything?’ But I humoured him and the next thing was we were doing it in August and it was thrilling.” 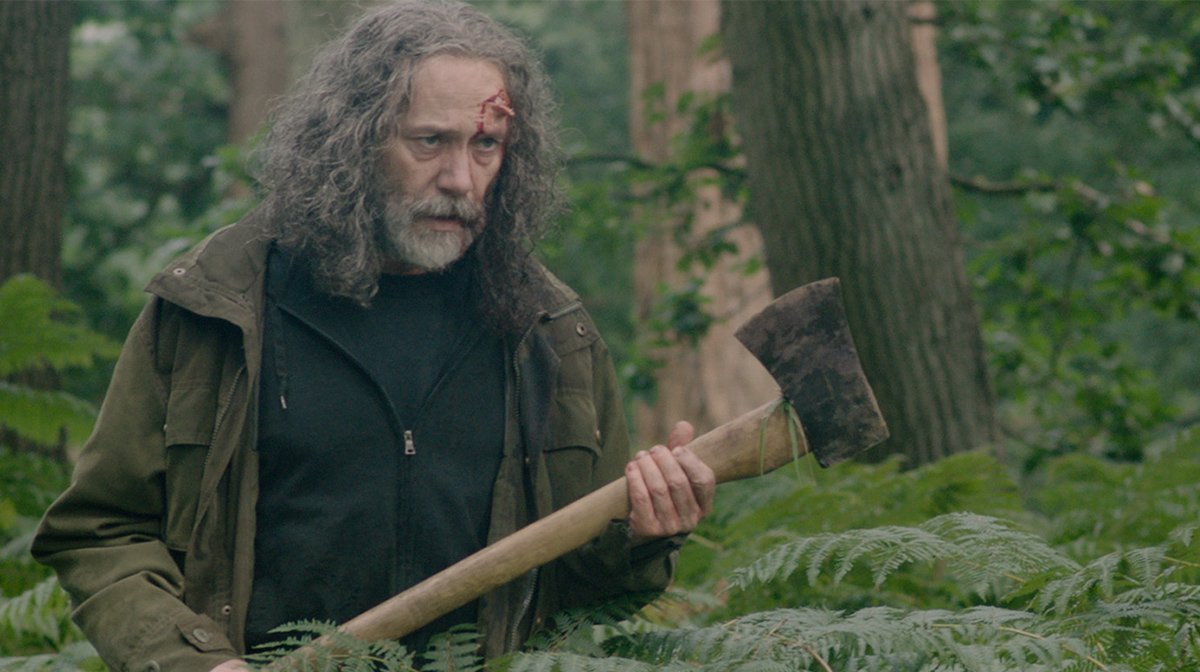 Of course, the film was made last summer when the first wave of the pandemic in the UK was starting to drop, but there was still much to go through for the cast and crew to get to the point of filming. The actor added it was a strange sensation to be back at work when many people weren’t able to.

“It felt like such a ray of hope and everyone was so pleased to be there and doing something,” he continued. “It didn’t feel scary, in a way it felt quite safe, the safest it would have been at that point, it [COVID] was very low in the community at that point.”

“We were all tested, there were 25 of us in that crew in a hotel room – well, not one, many rooms – and there was no one else in the hotel. We never went anywhere bar the woods to shoot it. It was so good to do something in that strange time and it felt very cathartic.” 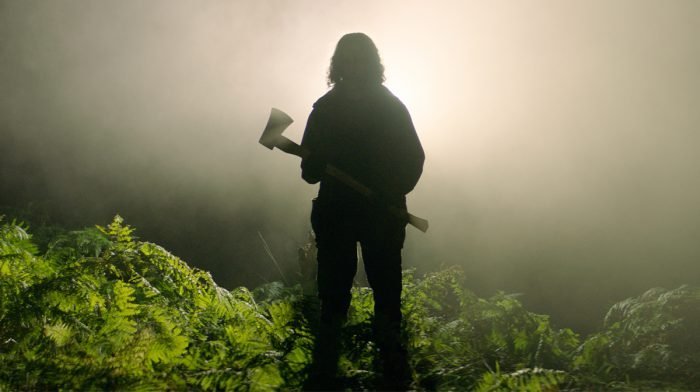 Despite the restrictions, Shearsmith says that the shooting was actually much easier than many might have anticipated, and that the relationships – on and off-screen – with his co-stars Fry and Torchia were perhaps even closer than they normally might have been.

“When we’re in the tent together and acting together, it never felt like we were being artificially distant from each other, we went about it as you would any scene”, he said.

“You can’t really film socially distanced unless you’re EastEnders and you have that weird thing where they are all talking across a bench!”

“It felt great to be doing it – it was a little trepidatious at the beginning, but I think it was just that weird thing of having acclimatised to the notion of not being able to go out, and that took a slightly brave step, like an agoraphobic deciding to start the therapy and be brave to step out into the world again.” 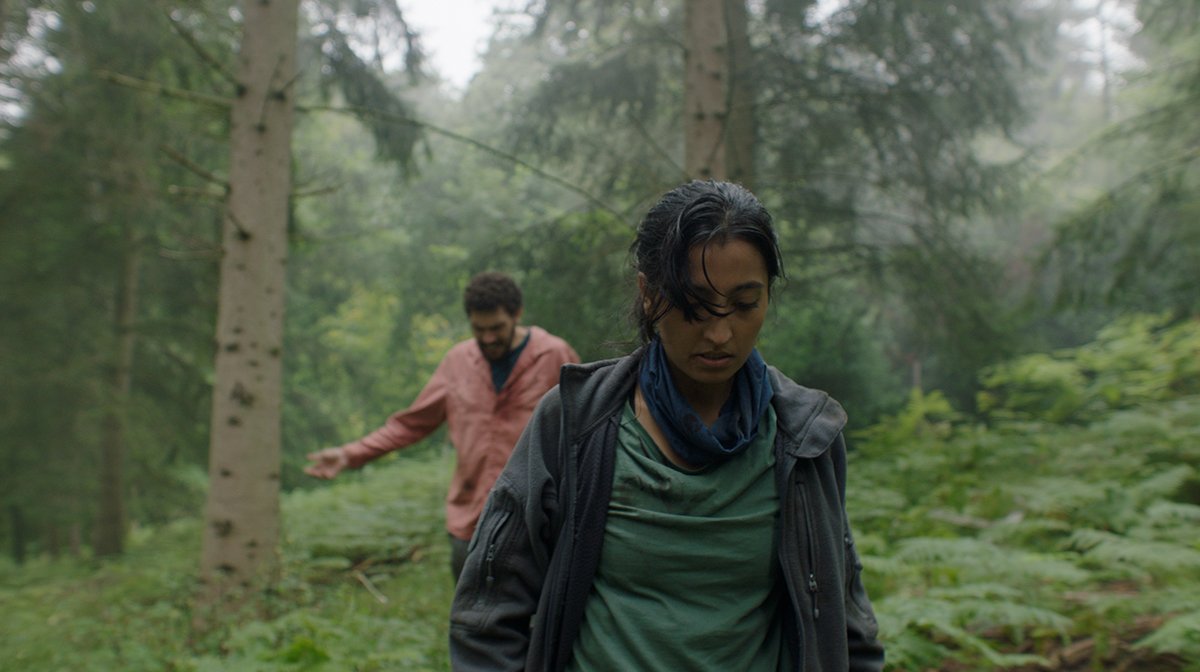 We can’t say too much about the film without delving into spoiler territory, but it is safe to say that Shearsmith gets to flex a few different muscles as Zach, who as we mentioned comes full of surprises.

And, given his vast array characters in the likes of The League Of Gentlemen and Psychoville, he jumped at the opportunity, saying:

“It was great! I remember at one point during filming turning to Ben and saying ‘thank you so much for writing this part for me'”, he said. 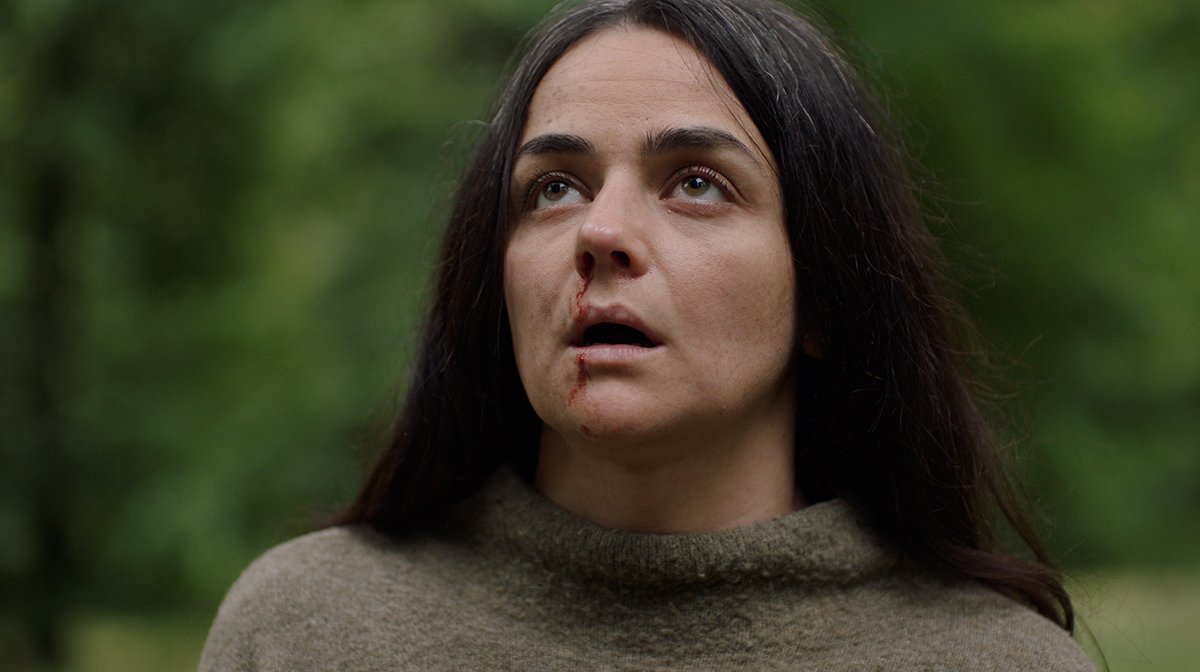 “I had so much fun and it was such a great journey to go on with that character. I initially wanted to play Zach in a benign way – when they meet him in the woods and you think he is going to be a nice and helpful character.”

“I said to Ben that I don’t want to give anything away and he said ‘yeah, they will think you’re nice for about twenty seconds’ so that dispelled any ideas that I could play him that way for very long.”

“It was quite freeing and the calibration of his character was fun, how calm, assured and nice he is was a chilling way to go without going complete ‘psycho’.

In The Earth is in cinemas 18th June, with previews 17th June.

Horror In The Earth