It’s hard to believe it’s been 25 years since the phone rang and the simple question of “what’s your favourite scary movie” changed the (Ghost)face of horror.

In 1996, the maestro of the macabre, Wes Craven, told a very different story that moved away from his legacy titles like Last House On the Left, A Nightmare On Elm Street, and The Hills Have Eyes.

From cat flap killings to remembering the rules, “I’m feeling a little woozy here” to that shocking opening with Drew Barrymore, the 4K release of Scream is here to remind fans old and new why this is one for the ages.

We caught up with actor Jamie Kennedy to discuss all things Scream and the potential future of his character Randy Meeks. 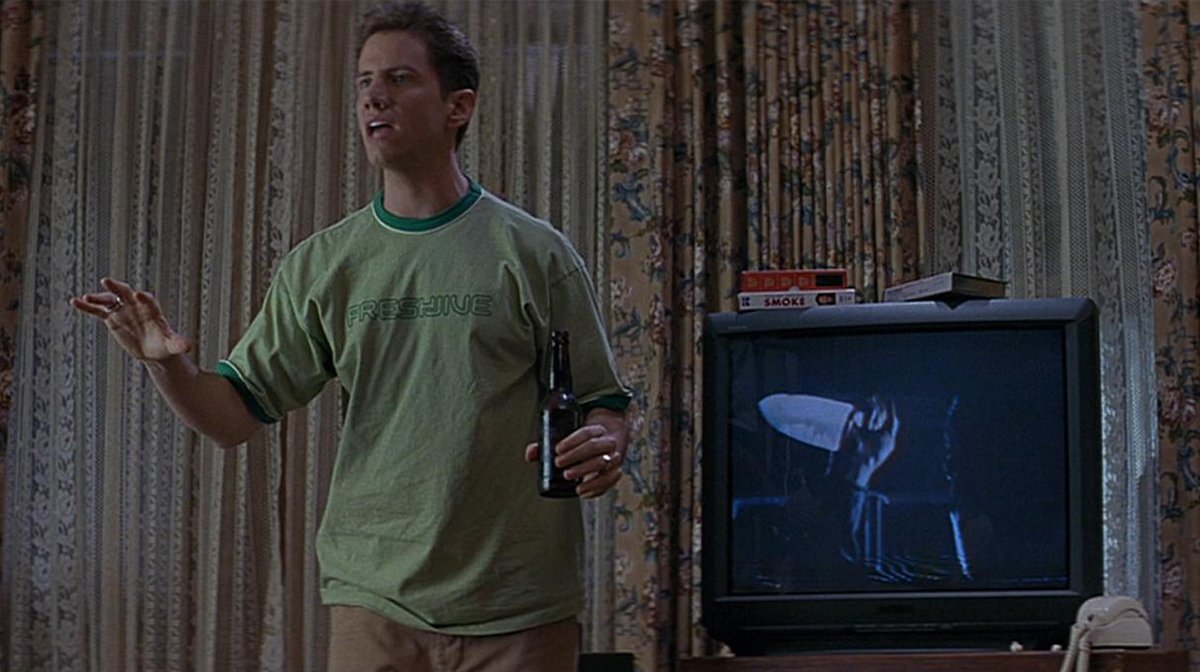 Loveable store clerk (RIP Blockbuster), movie buff, and all-around nice guy Randy was the boy that never quite got the girl in the original Scream or its 1997 sequel. That being said, Kennedy has confirmed that there was an alternate ending to the slasher that featured Randy getting with Neve Campbell’s Sidney Prescott.

But sadly his brutal demise at the hands of Laurie Metcalf’s Mrs. Loomis in Scream 2 means even the famous rules he laid out couldn’t save him.

When discussing the legacy of the film, Kennedy thinks 25 years later Scream has just as much to say as it did all those years ago: “Horror has icons – you have Freddy, you have Jason, you’ve got Leatherface, and you’ve got Ghostface. It’s now with the pantheon of legends.” 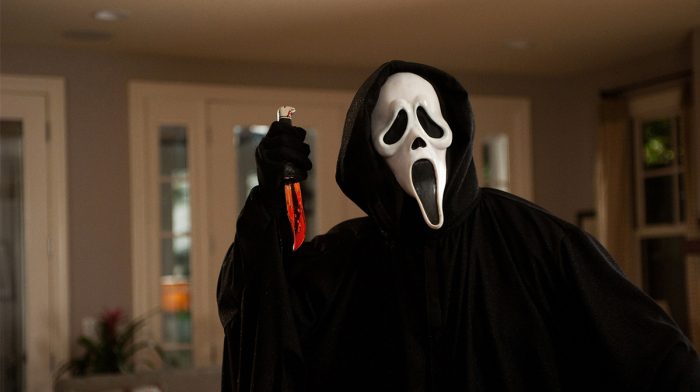 Kennedy believes this has much to do with the film’s meta themes and the modern world: “I think that’s connected to social media, memes, GIFs, clips, games – it doesn’t end. I think it’s become a brand.”

As for a renewed interest in the dormant franchise thanks to 2022’s upcoming soft reboot, he gushed: “It’s forever going to be in the zeitgeist. People like you coming in and super-fans, they investigate it and look for Easter eggs. It’s wild – it’s becoming like its own Marvel Universe.” 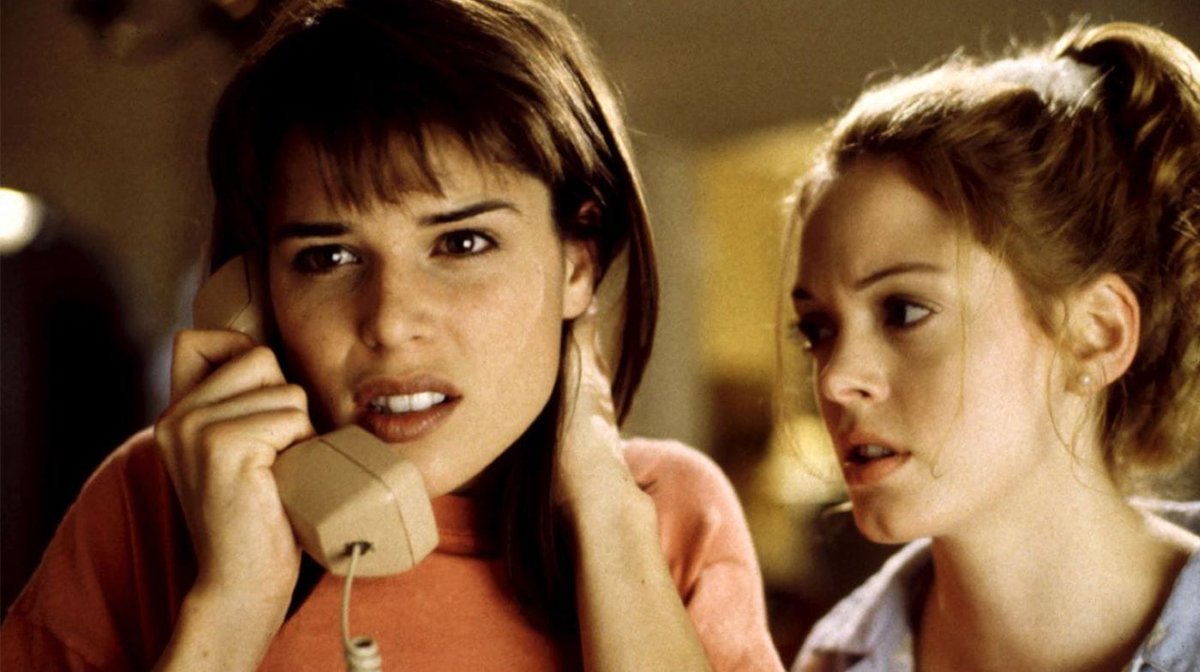 These days, the cast of Scream are icons in their own right. However, back in ‘96 the likes of Drew Barrymore, Neve Campbell, and Courtney Cox were already becoming household names.

Kennedy admitted that he didn’t get to share any time with Barrymore on Scream, with the opening scene of Casey Becker’s brutal slaying being filmed as its “own little movie”. 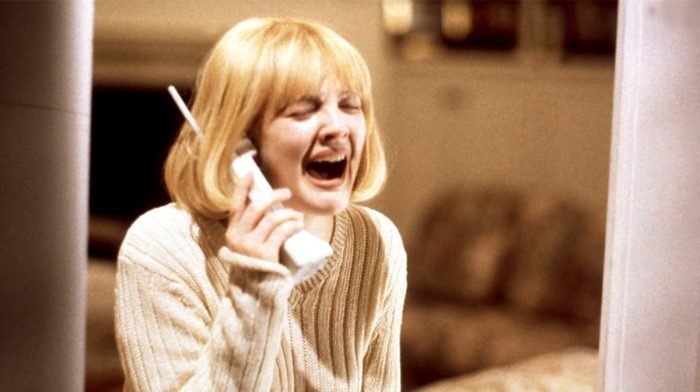 Reflecting on the long-held tidbit that Barrymore turned down the role of Sidney Prescott because she wanted to be killed off in the opening, Kennedy said: “I just don’t think she wanted to do it. She was like, ‘I wanna be killed’, and I thought that was really cool.”

He was starstruck by the cast members he did meet though, putting that nervousness into his performance as the mild-mannered Randy: “Courtney was right in the middle of Friends and was really beginning this fire of super popularity, so that was incredible.”

Kennedy continued: “When I see people like that who are on TV and famous, and I’m just starting, I just keep my head down and don’t really talk. I was seen and not heard.”

However, as the youngest member of the core cast, Kennedy added that his welcoming co-stars were always encouraging him to join in. 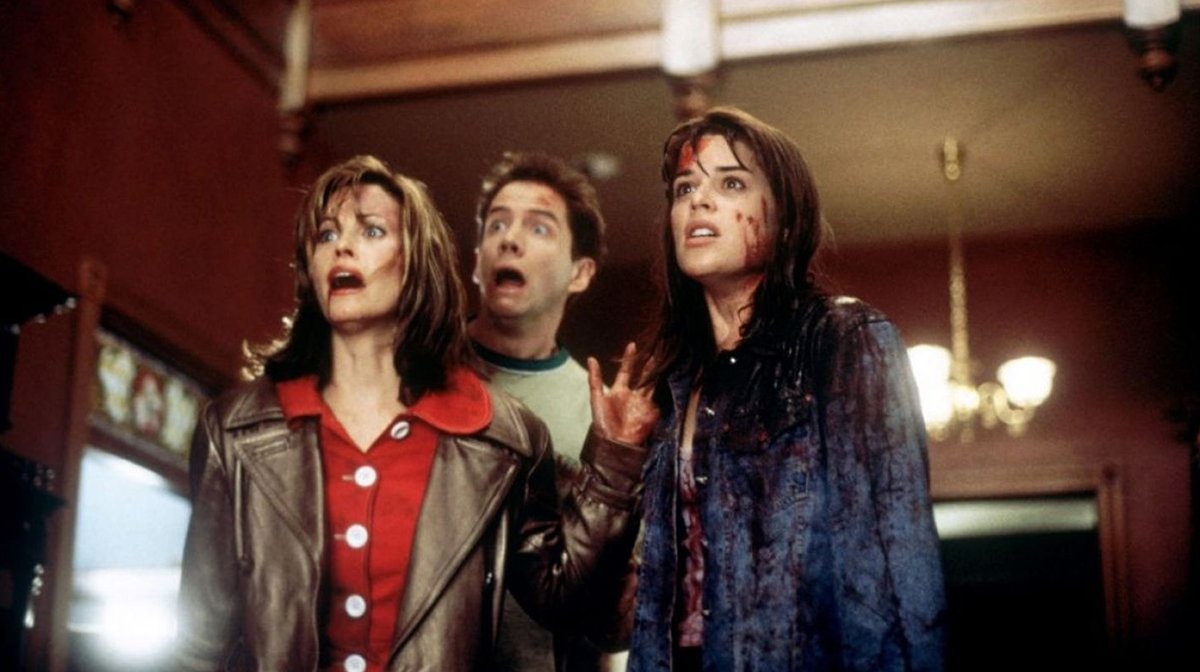 With Scream being known for so many iconic kills over the years, we asked Kennedy about his own personal favourite.

Unsurprisingly, it’s back to 1996 for the murder of Rose McGowan’s Tatum Riley: “I hate that I died, but I can’t pick myself! I would say Rose was a big one. The way Rose was killed with the door and all that stuff, people still talk about it to this day.”

Expanding on what made this visceral kill so legendary, Kennedy said: “The way she’s just dangling, there’s something about that one that people love.”

Scream is also remembered for the now-iconic massacre at Stu Macher’s house. The movie’s blood-soaked finale featured the cast being picked off by Ghostface while the likes of Gale and Dewey raced to the rescue. 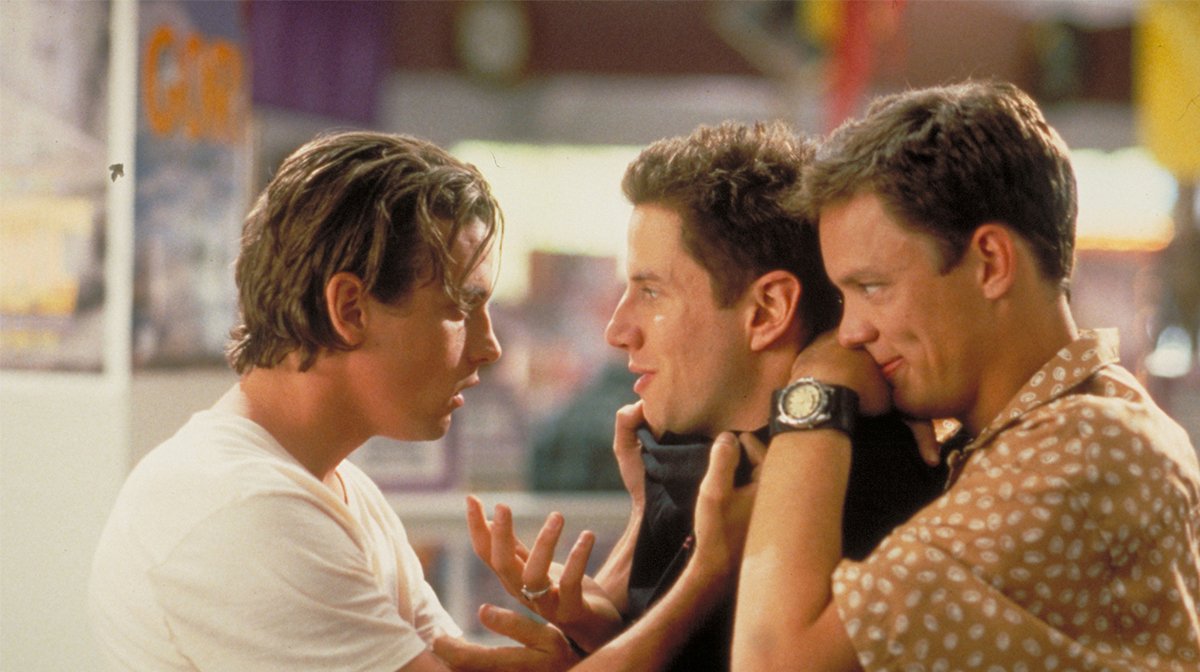 ‘Scene 118’ has become the stuff of legend, with cast and crew apparently being given jackets that said “I survived Scene 118 on the back”.

Kennedy has his own not-so-fond memories of the bloodbath though: “It was about three weeks shooting that scene, and the hardest thing about it was putting on the same blood-soaked clothes because everything became like cardboard.”

Although wardrobe would try and smooth out their crusty clothes, that wasn’t the only problem. “It became really tedious,” Kennedy added about the lengthy shoot. He admitted though that thankfully the result was a well crafted “really scary sequence” that was worth it in the end. 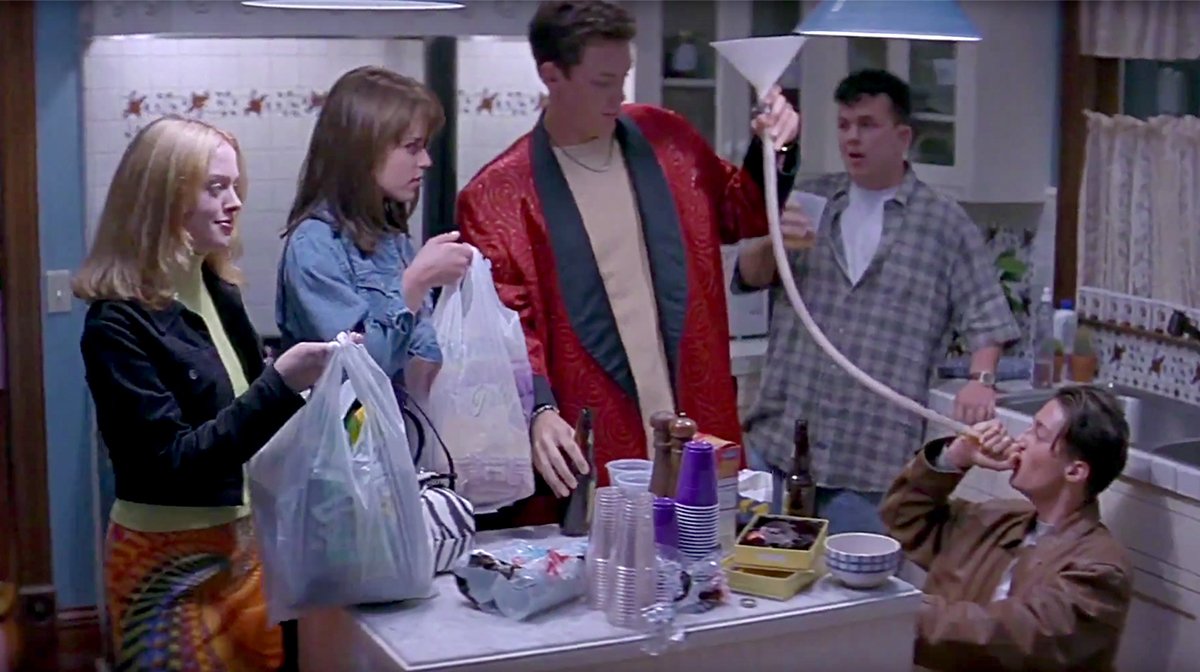 Scream wasn’t the end of the road, and with Randy back for the sequel, he continued to add comedy to the ensemble. Explaining what it was like learning that Randy was going to be killed off in Scream 2, Kennedy said:

“I remember doing the table read. Sarah Michelle Gellar was there and it said that her character was thrown off a roof and she was like ‘oh sh*t’. Then we were reading more, and it said Randy steps into a van where his throat is sliced, and I’m like, ‘ah sh*t’.”

In the days of the early internet, it was a real shock, with Scream 2 being the second script he’d ever received with a watermark on it. The first had been James Cameron’s Titanic.

In some alternate reality, it seems Kennedy was destined for a different path. The actor claims he auditioned for Titanic but didn’t land the part. Not quite challenging Leonardo DiCaprio for Jack, Kennedy said he auditioned to be one of the Irish men that shout “the boat is sinking”. Pulling off an impressive impression, we’re surprised he didn’t get the role. 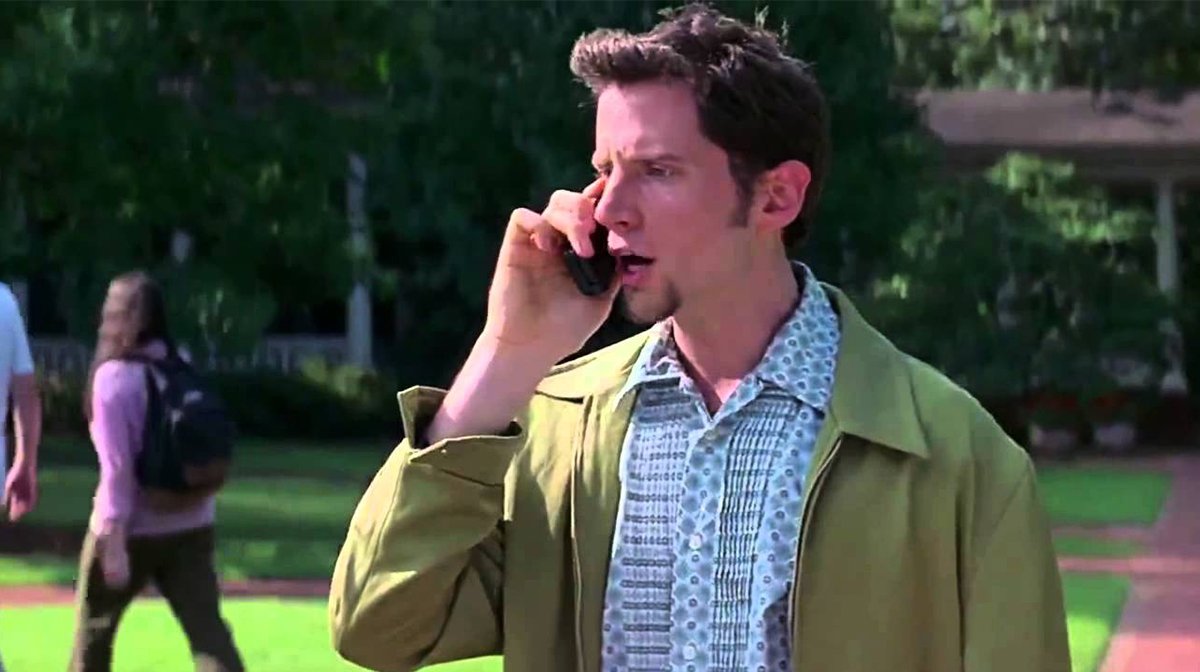 Speaking of alternate realities, Kennedy has his own grand plans for how Randy could’ve escaped the Grim Reaper in 1997: “There’s a lot of ways for me, did he die? Does he have a twin, which is kind of cliche? Did he fake himself out, why? You could easily bring him back or is there an alternate universe where he lived?”

That’s right, it’s not just Marvel that can mess with the multiverse. It might sound out-there, but Kennedy discusses an alternate universe Randy on his YouTube channel.

Returning to the more simple idea that Randy escaped, Kennedy concluded: “Look, he could come back if he never died. He had to escape because he didn’t want to get killed, and who better to mastermind it than this guy.” 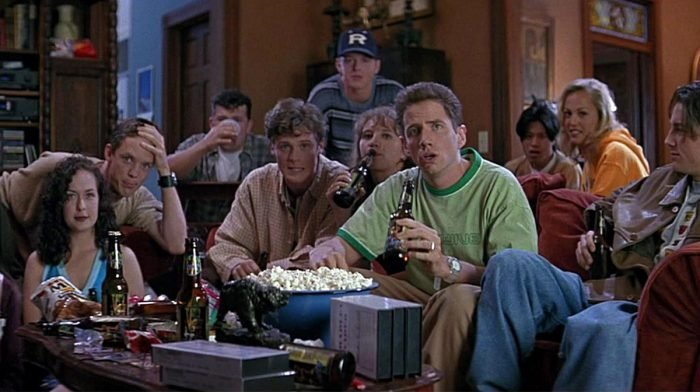 Conversation then turns to the future of Scream and what’s proposed as a possible ‘new’ trilogy.

With Craven’s tragic passing in 2015, it means 2022’s Scream will be headed up by Ready Or Not’s Matt Bettinelli-Olpin and Tyler Gillett, the first then without the franchise overseer at the helm.

Remembering the legacy of Craven, Kennedy described this “god” as humble: “It’s unprecedented to get to work with somebody like that so early on in my career. It was the second movie I ever did!

“Wes had this huge luminous [presence], he was a figure. But he was just a normal down-to-earth guy that made the movies you grew up with. House, Nightmare, and then Scream became his new legacy.” 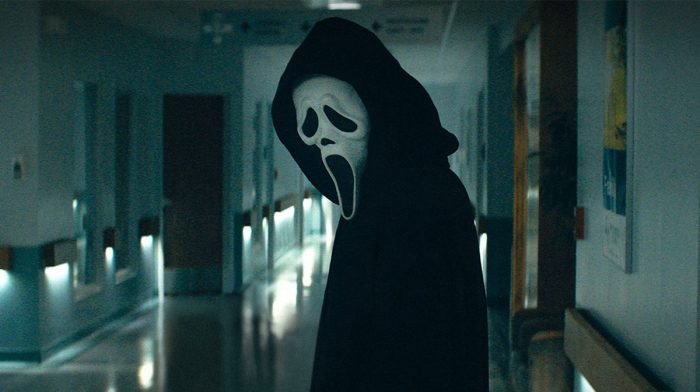 Kennedy is more than pumped for the next Scream though, and over on his channel he filmed his ecstatic reaction to the “darker” trailer.

It’s hard not to be reminded of Randy watching him in full flow: “I am very, very excited by it. It’s darker, which I think is cool. Right now, it’s coming out of the gate hot”

“It’s called Scream, which is wild. I get it, it’s like Halloween.” Claiming he doesn’t know anything about it, Kennedy added: “It looks like the new one is the next generation of what happens in Scream.”

Obviously, talk then turns to the idea that it could be Randy lurking beneath that mask for the shock of the franchise in the next Scream – yes, even more shocking than Gale Weathers’ Scream 3 fringe.

Instead of playing the usual ‘watch this space’ card, Kennedy laughed off the idea: “In this Scream? No, I’m dead. I was killed three Screams ago bro.”

“I’m not in it, I’ve not been on set or anything like that. I don’t know what the movie’s about. But would I be interested in being in the role? Obviously. Scream is part of our cultural zeitgeist, it just stays relevant.”

So while it looks like Randy’s name will be left to live on through Jasmin Savoy Brow’s Mindy Meeks-Martin in next year’s Scream, let’s not count Kennedy out for the inevitable sixth movie.

If you want to go back to where it all started, Scream (1996) is out now on 4K and Blu-ray, including our new exclusive steelbook.

The upcoming Scream film is exclusively in cinemas 14th January 2022.