The sequel to 2018’s Aquaman is currently filming – and star Jason Momoa gave fans a sneak preview over the weekend.

The actor shared a first look at the superhero’s new suit on his Instagram yesterday. In the post he revealed that the new film will feature him wearing the classic orange and green suit, as well as a new one with ocean blue and platinum coloured armour.

Following this reveal, also on Instagram director James Wan teased that the new suit is known as the “Stealth Suit”, which is inspired by a design from the 1980s run of the comic book.

Introduced in a four issue run in 1986, the suit was there dubbed the camouflage suit, allowing the hero to seamlessly blend in with the ocean around him.

As Wan explained on his Instagram post, the suit was made with “Atlantean tech based on cephalopod’s camouflaging ability.”

In response to Momoa’s post, celebrity fans including Dwayne ‘The Rock’ Johnson and James Gunn voiced their approval – but there was one who claimed he’d seen better. 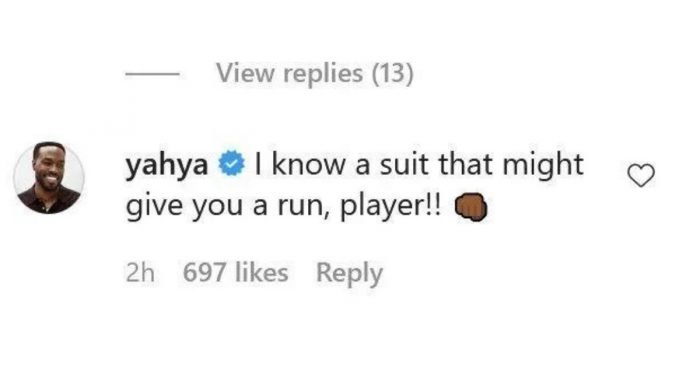 That was, of course, Yahya Abdul-Mateen II, who will be reprising his role as Black Manta in the sequel. The actor cheekily responded to Momoa’s post by telling him: “I know a suit that might give you a run, player!!”

It seems like Aquaman isn’t the only one about to get an upgrade.

Aquaman And The Lost Kingdom is scheduled to be released on 16th December 2022.