The Doctor Who New Year’s Day Special is what we’ve all been waiting for as the festive season comes knocking on our doors.

Sure, the turkey and presents are nice too, but that theme tune — get us in the TARDIS right now!

You may remember that there was no Doctor Who Christmas Special in 2019, with the BBC instead opting for a Doctor Who New Year’s Day Special on — you guessed it — 1st January 2020.

And this trend looks sent to continue, with the BBC bypassing Christmas yet again.

The most recent Doctor, Jodie Whittaker, will be reprising her role for the Doctor Who New Year’s Day Special 2020 (titled Revolution Of The Daleks).

This will continue on from her tenure as lead, which began in late 2018 and encompasses seasons 11 and 12.

It’s been a long wait since the twelfth season finale, which aired 1st March 2020, so it’s safe to say that Whovians are eagerly anticipating their next Doctor Who fix…

What Will The Doctor Who New Year’s Day Special Be About? 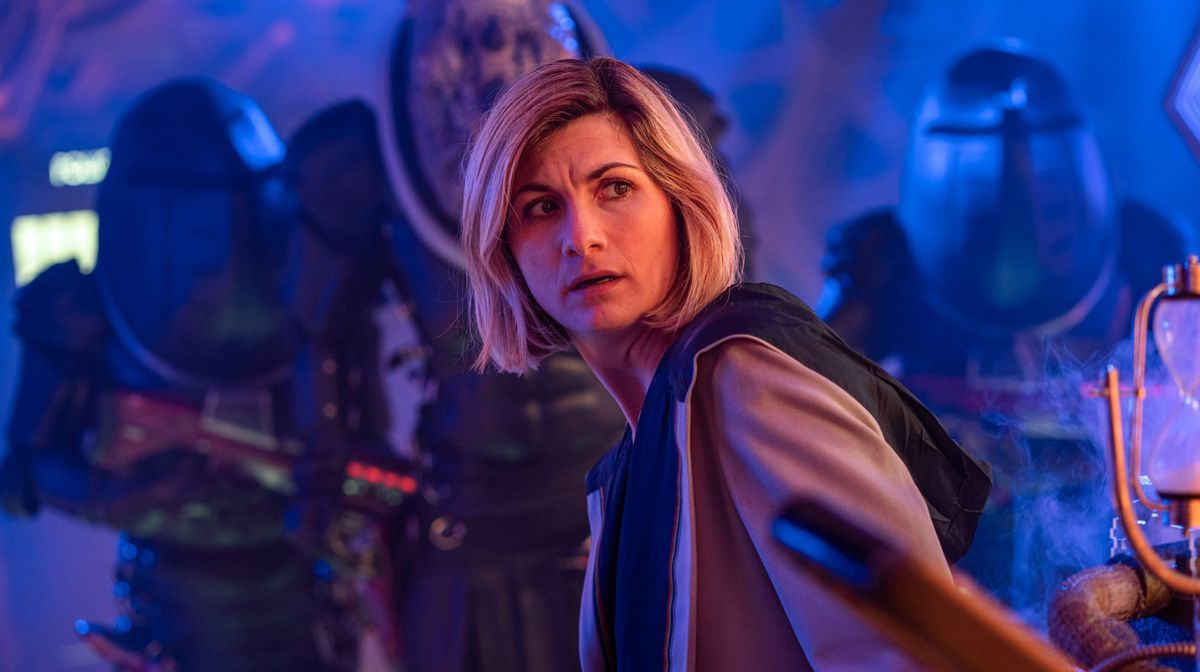 Revolution Of The Daleks will kick off where we last left The Doctor during the twelfth-season finale: imprisoned by the Judoon.

The mystery as to why she was taken is still up in the air, but we expect this will be addressed in the new episode.

Based on released photos, courtesy of BBC, it is apparent that she’s been in space-prison for a while, with her days of isolation carved out on the prison cell wall. 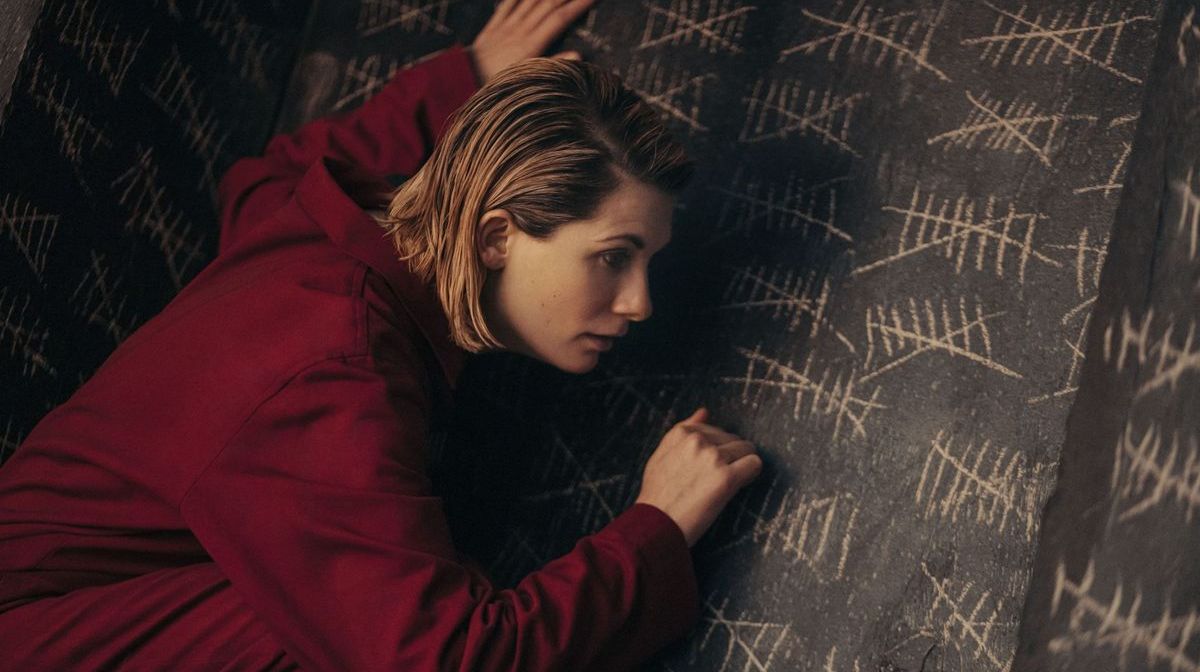 In The Doctor’s absence, this leaves her gang (composed of Ryan, Graham, and Yas — played by Tosin Cole, Bradley Walsh, and Mandip Gill) alone on Earth attempting to establish a life for themselves — something they are deeply struggling with after their many time and space–hopping adventures.

But their normal lives can only go on for so long, as they will soon find themselves facing an impending threat involving the Daleks. 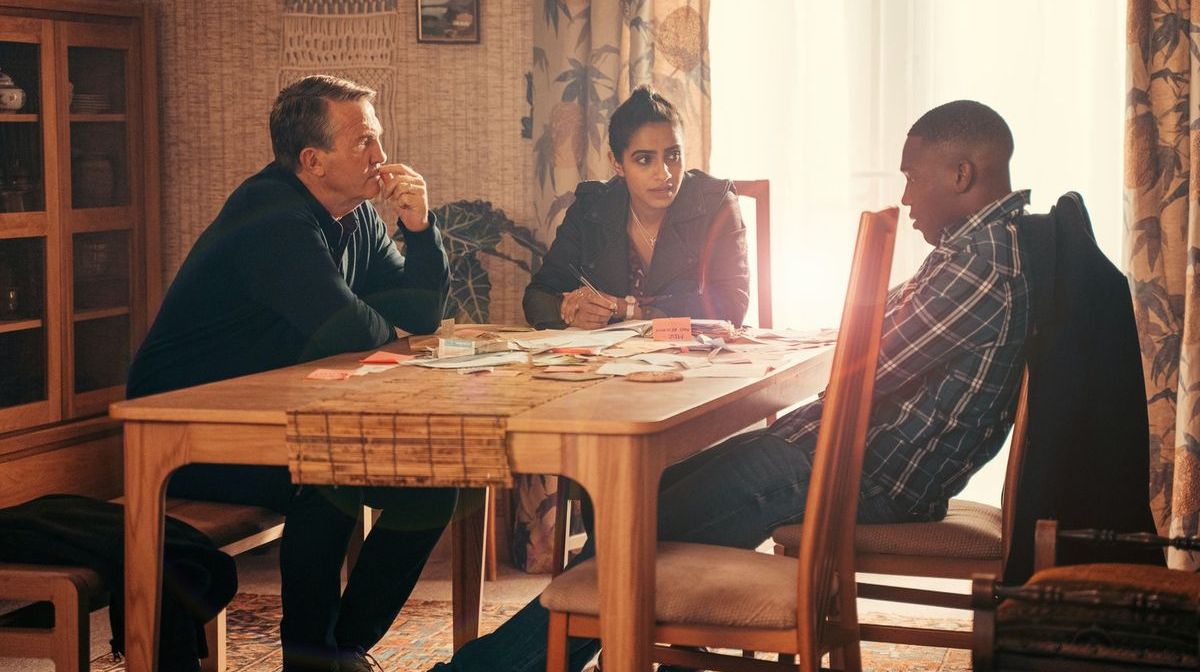 Based on the official trailer, it seems humanity has a very short-term memory, as they have started using ‘defence drones’ (which happen to look a lot like Daleks) to help ‘change the world’.

Expectedly, this isn’t going to go down well. And the ‘fam’, with assistance from Torchwood‘s own Captain Jack Harkness, will have to rise up to the task.

So, the question arises: how does one stop the Daleks without the aid of The Doctor?

That is what we’re going to find out…

What Will Happen To Graham And Ryan? 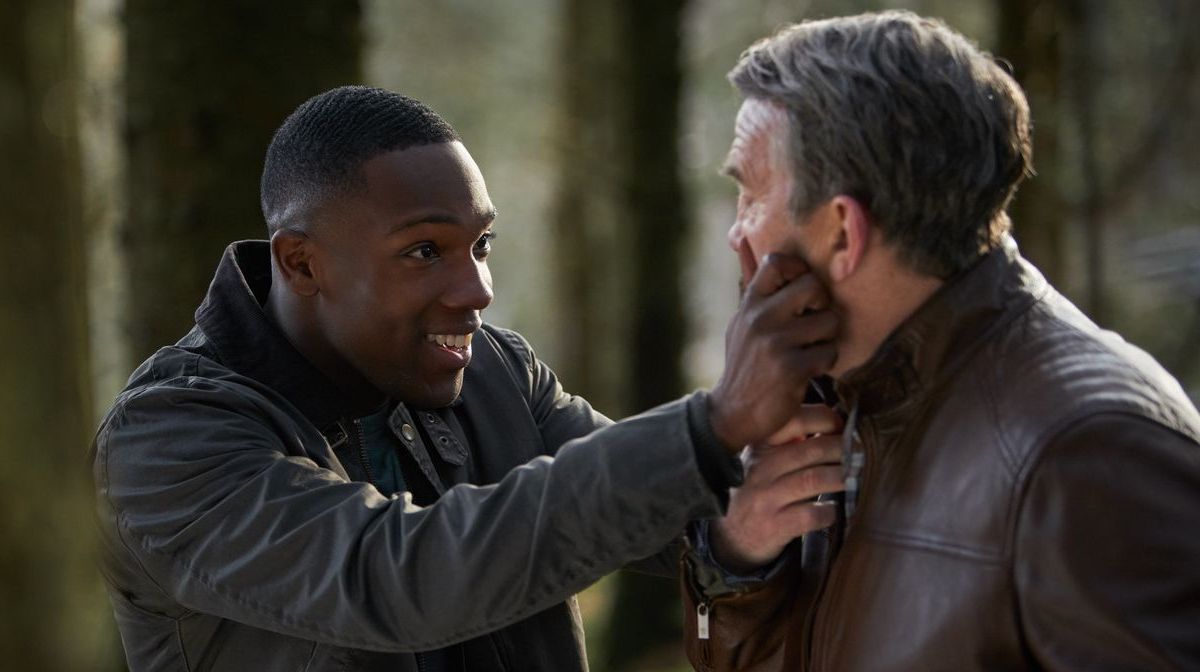 As reported by The Mirror, it has been confirmed that Walsh and Cole will be making an exit from the series following the Doctor Who New Year’s Day Special and will not be appearing in the upcoming thirteenth season.

What this means for the characters of Graham and Ryan is still uncertain. But this does mean that Gill’s character, Yas, will be the only returning companion to join Whittaker moving forward.

Could we see a potential tragedy befalling the fam? Or will this be a departure, akin to Amy Pond (Karen Gillan) and Donna Noble (Catherine Tate) in earlier seasons? 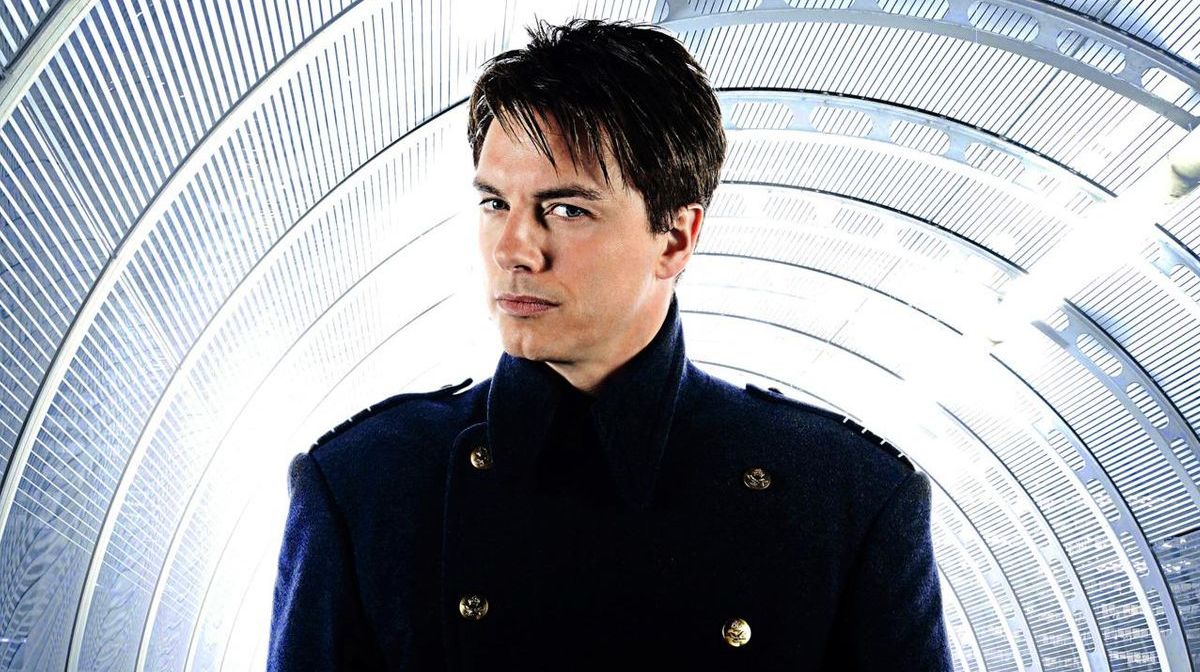 While two characters are confirmed to be leaving the Who-verse, this is no time for disappointment. We are gaining a fan-favourite in return.

As fans will know, the fifth episode of the twelfth season saw John Barrowman’s Captain Jack Harkness return — to the collective joy of every Whovian around the globe.

Talking to The Mirror, writer Chris Chibnall stated that this would be the only appearance of Harkness in the twelfth season.

However, Barrowman was shooting his scenes around the same timeframe as the Doctor Who New Year’s Day Special, so this left fans a little sceptical.

Chibnall did specify that Harkness would not be making any further appearances in the twelfth season, but he never said anything about special episodes…

And our theories were proven correct with the official announcement of the Captain’s return. Details are still sparse, but the New Year’s Day Special is set to place him as a focal character.

Who Will Be Writing The Episode? 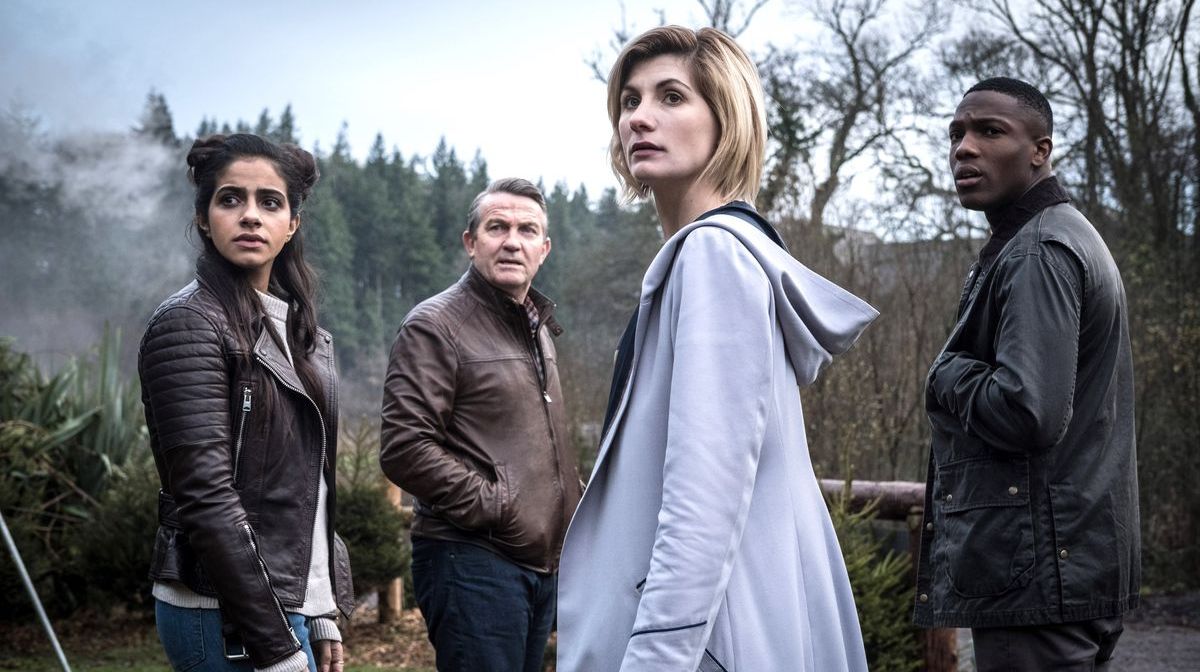 The Doctor Who New Year’s Day Special will be written by Chibnall, who has been the lead writer and executive producer on the show since Whittaker’s first season in 2018.

In addition, he has been a long-time contributor to Doctor Who as a whole, with writing credits on earlier seasons (from 2007 and 2010) and spin-off show Torchwood.

When Is The Episode Set To Air? 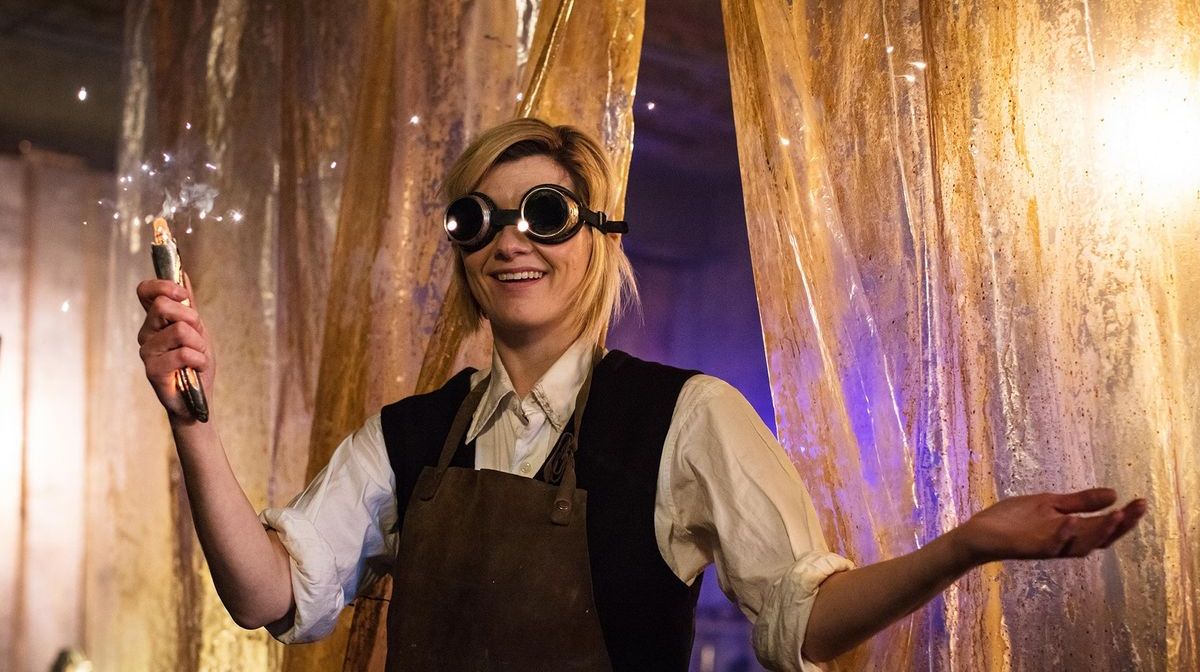 Luckily, the Doctor Who New Year’s Day Special wrapped shooting prior to the instigation of lockdown measures, so there’s no reason for a delay.

It has been confirmed that Revolution Of The Daleks will time travel its way onto our television screens on 1st January 2021, airing on the BBC in the UK.

Will There Be A Doctor Who Christmas Special? 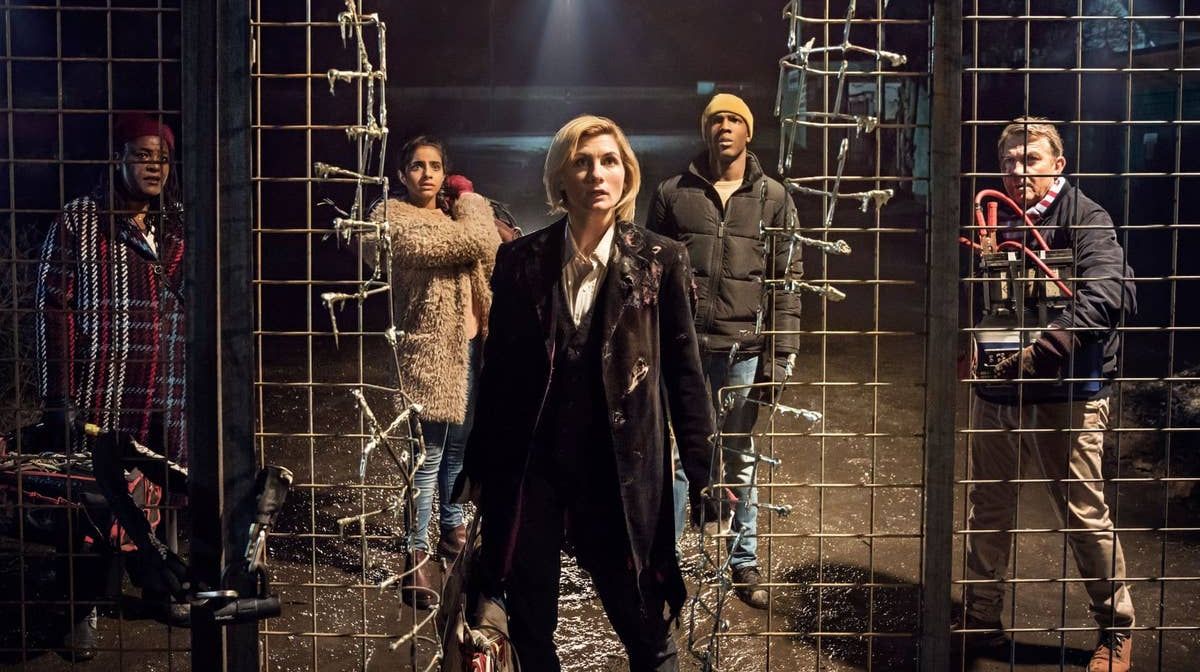 If you’re wondering if there will be a Christmas Special as well, you’re unfortunately out of luck…

The Revolution Of The Daleks will be the only Doctor Who special episode hitting screens around the festive period, fitting in with the one-and-done precedent set by previous years.

However, Whittaker has confirmed that she will continuing her role as The Doctor in the thirteenth season of the show, so there’s plenty more to be excited about moving forward.

Want to be the Doctor’s latest companion? Take a trip through time with our Doctor Who merchandise.