After last week’s cliffhanger, we were expecting the final two episode of Moon Knight to be a fun romp complete with a talking hippo.

But episode five of the series, titled Asylum, proved to be the most surprising yet, finally getting to Marc Spector’s comic book origin story, uncovering the tragic past that led him to create his alter ego. 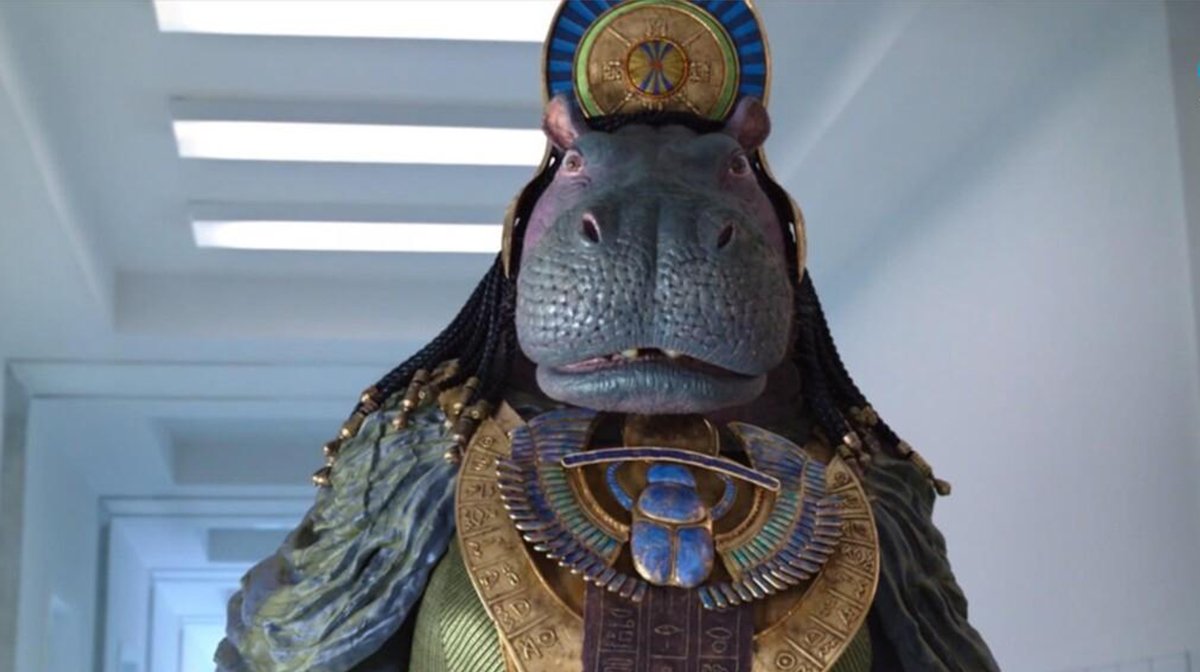 It was a deeply emotional episode, one that called to mind the most heartbreaking parts of WandaVision – another Marvel series where a character dealt with their past trauma by creating an alternate reality, directly inspired by the pop culture they grew up loving.

But more importantly, it was an episode that left us asking: how the hell is this series going to end? As the concluding scenes took us to the afterlife, the direction episode six will take is less clear.

Here’s what we learned from episode five and what it all means for the series finale.

End Of The Knight 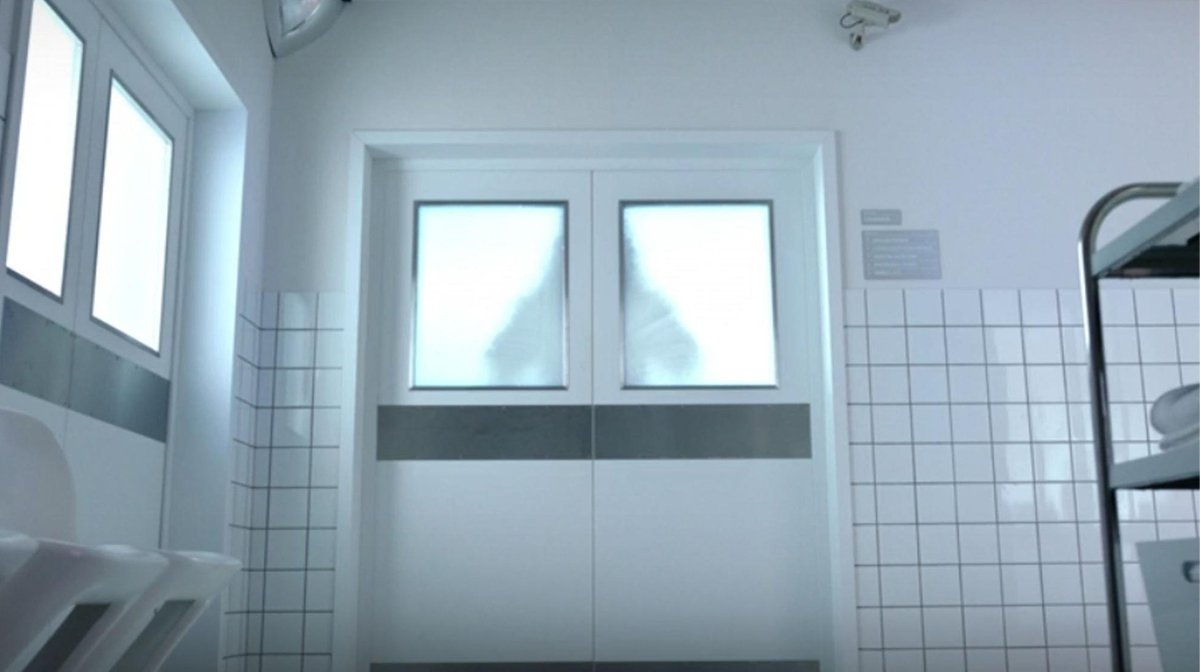 Last week’s episode ended with Marc and Steven confronted by a giant talking hippo. This week it’s confirmed that this is none other than Tawaret, the Egyptian goddess of fertility and childbirth.

Although Moon Knight has met many Egyptian gods in the comics, Tawaret never made an appearance – but the hippo deity has quite a significant role here.

She guides them to the afterlife, where they must balance their hearts against the Feather Of Maat in plenty of time, so their souls can be whisked away before the ship arrives at the Gates Of Osiris. If they don’t do this, they will be trapped there forever. 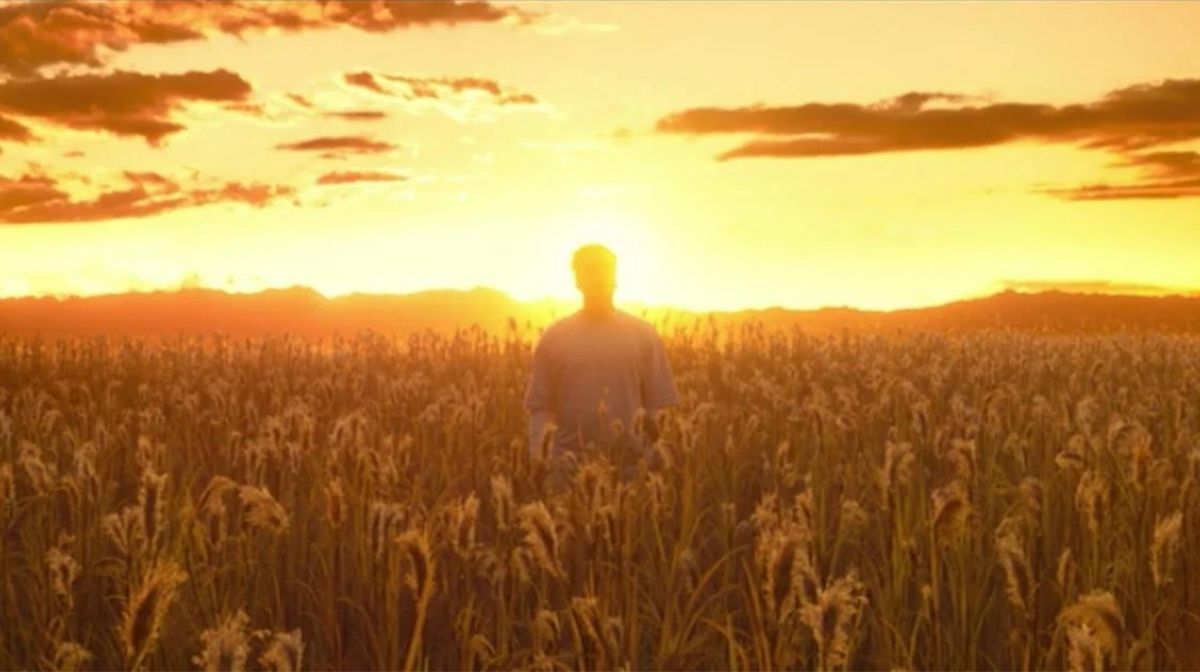 We’ll get into what their soul searching throughout the episode means shortly, but for now we’ll skip directly to the end.

As the ghouls come to take their souls, Marc tells Steven to hide – but Steven instead breaks character and comes to Marc’s rescue, an act that helps balance his soul and take him to the afterlife.

You could argue over how this dances around a massive plot hole: why are they now two separate entities in this afterlife, instead of two aspects of the same man? But as a closing of a character arc, it makes perfect sense.

Marc has acknowledged his past traumas and no longer needs to hide behind an alter ego, leaving him free to enjoy an afterlife seemingly designed by Theresa May. That’s right, this heaven is an endless field of wheat!

But Is All As It Seems? 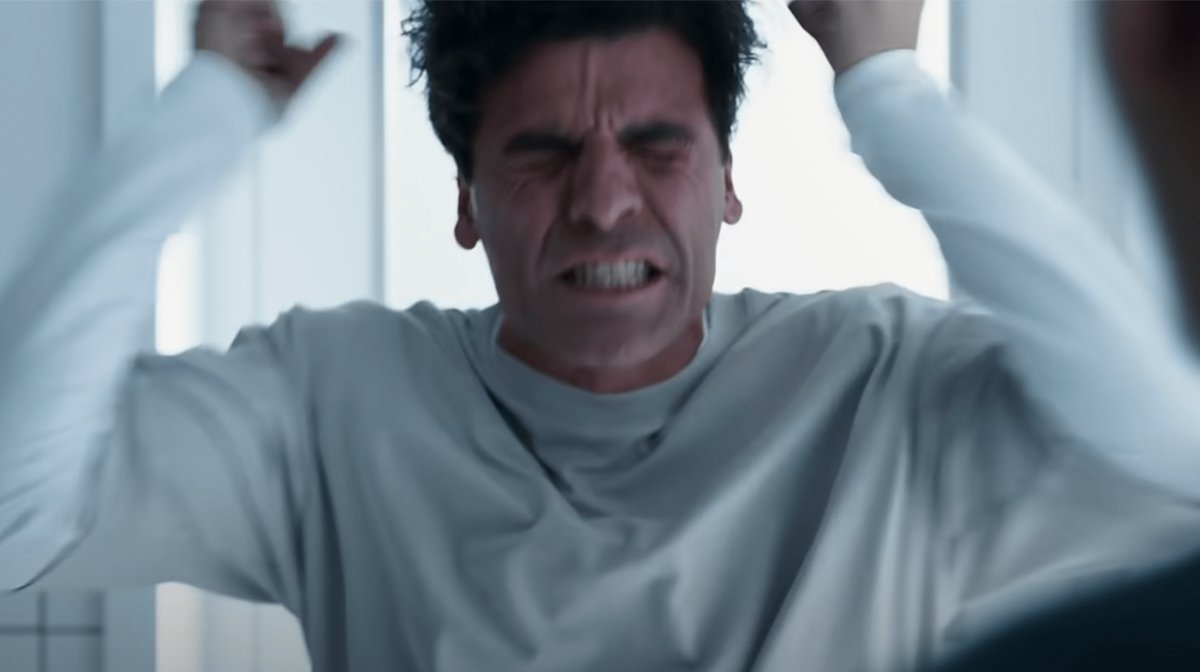 We’re going to guess not…

You see, this ending only makes sense if you think Marc only has one alter ego he needs to cleanse himself of in order to balance his soul – we know that’s not the case.

Earlier this season, we got flashes of Jake Lockley, his violent taxi driver persona. Although he hasn’t come into the forefront of the drama, we know that he’s there and has far darker skeletons in his closet than the mild-mannered museum employee. 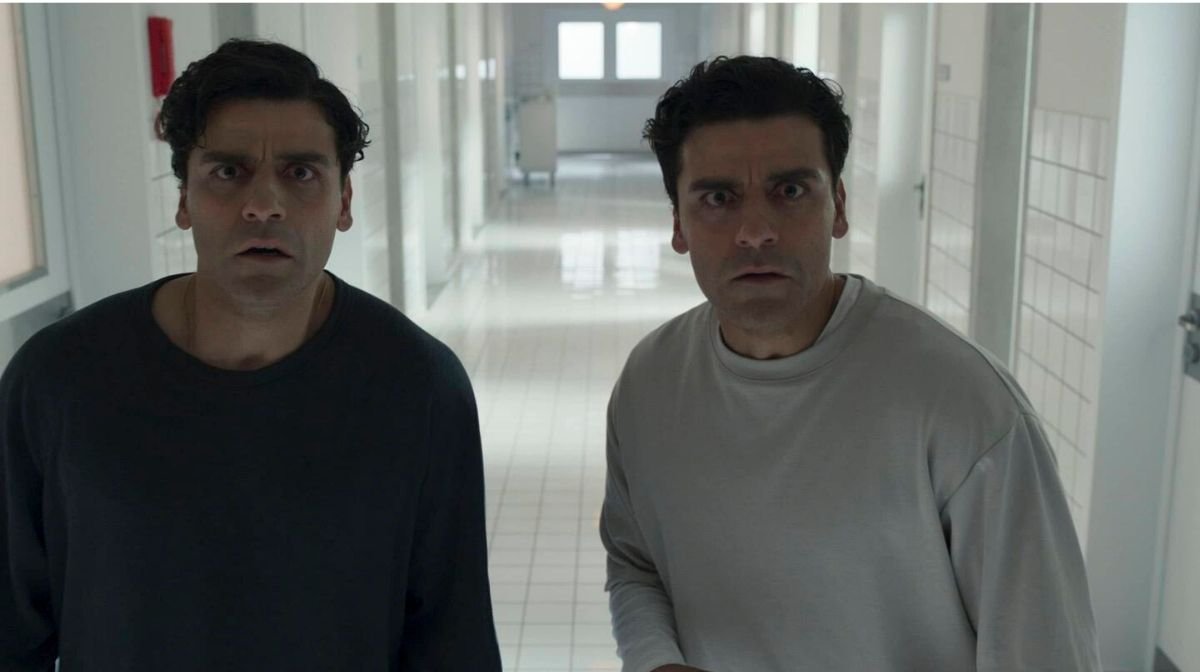 So why would Steven’s death balance the scales when he is by far the nicest personality? As Tawaret says in the episode, both his and Marc’s hearts were incomplete – is he now more free to reckon with his violent side with Steven gone?

All we can say for sure is that we can stop looking back to the psychiatric hospital for answers about what’s really happening. 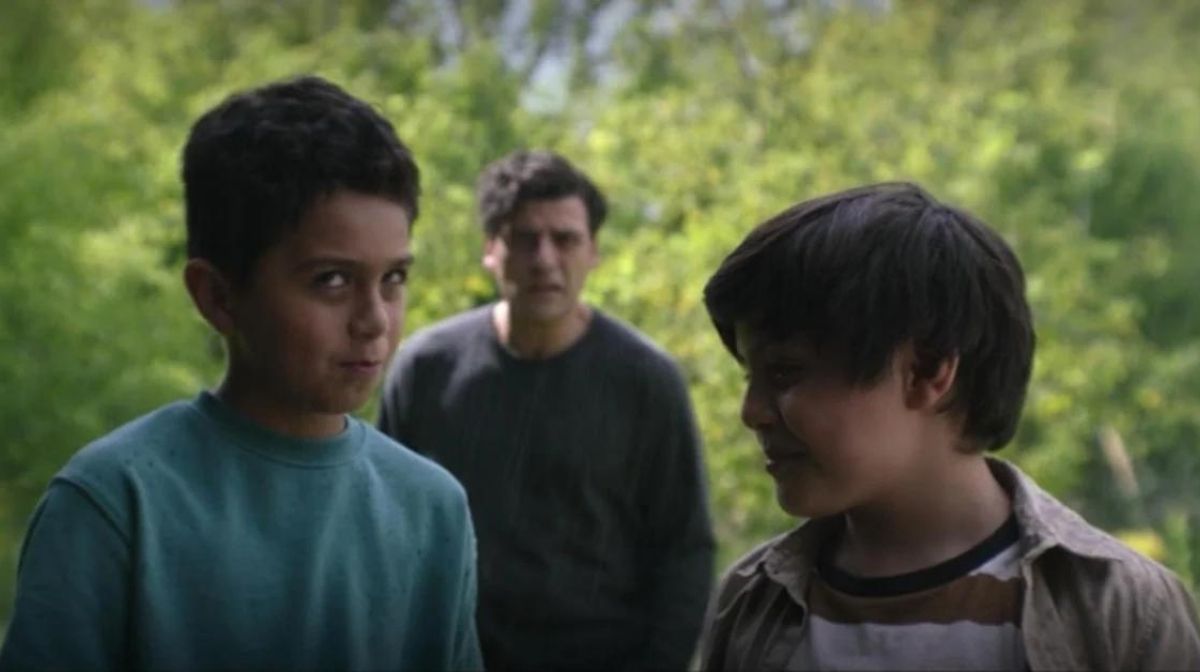 It’s taken until episode five, but we’ve finally got to Marc’s comic book backstory. We see his time as a mercenary in Egypt, where he was left for dead – his survival coming in the form of Khonshu.

But it’s a memory from earlier in Marc’s life that caused some debate online, as an aspect of his origin story has been significantly tweaked in the transition from page to screen.

In the comics, Marc developed Dissociative Identity Disorder for reasons closely tied to his Jewish heritage.

His father was a rabbi who survived Nazi persecution and he discovered that family friend Yitz Perlman was secretly a serial killer who targeted Jewish people – a triggering moment that led to him developing DID and the persona of Steven Grant. 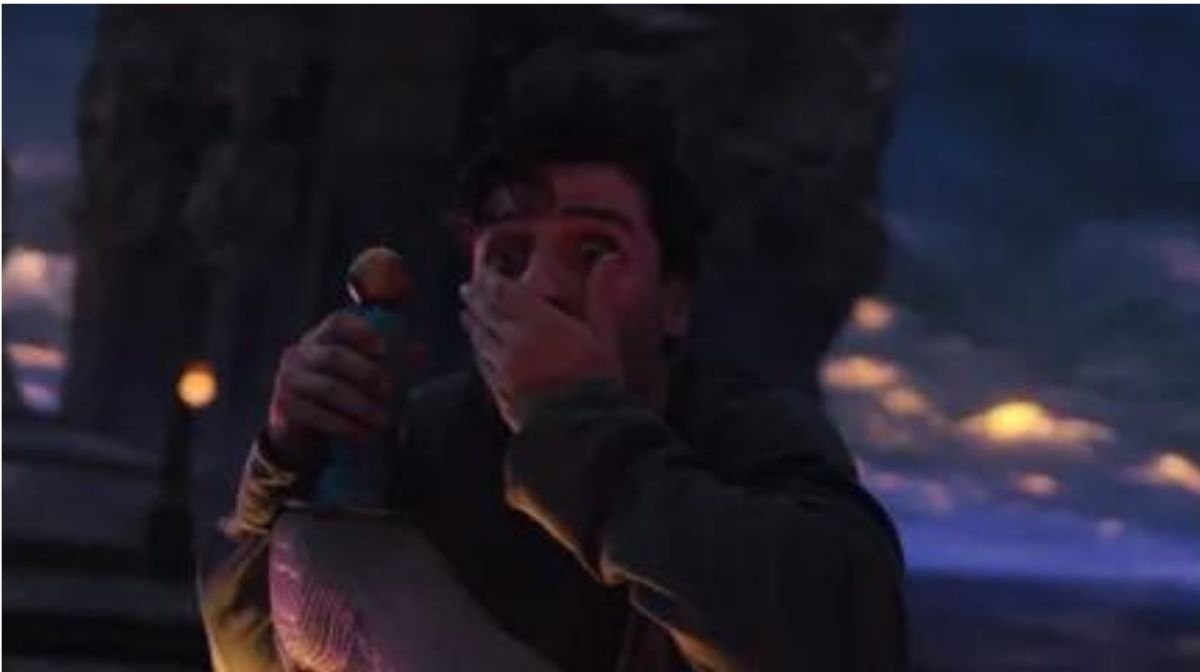 While Marc’s Jewish heritage hasn’t been removed from the series, everything else about how he developed the condition has. Here, it develops as a result of suffering physical abuse from his mother following his brother’s death, retreating to the comfort of the Indiana Jones-style adventure series that inspired his alternate persona.

This has led to some controversy about the change of direction on social media, with some fans critical of the choice to replace a Nazi with a Jewish woman as the source of Marc’s childhood trauma.

However, others were thankful that the non-Jewish writing team didn’t risk adapting sensitive subject matter that needs to be treated with caution, opting to make it a family drama rather than a heavier examination of religious persecution.

It still makes for harrowing viewing and suggests that as Marc continues to face his demons, next week’s finale will be an emotional rollercoaster.